Dogs are such loyal and protective pets, especially when it comes to young kids. There have been many cases of kids going missing from home, only to be found with their loyal dog right by their side keeping them safe. A similar case happened recently when a five-year-old boy which has gone missing was found safe and sound, only thanks to his protective German Shepherd. 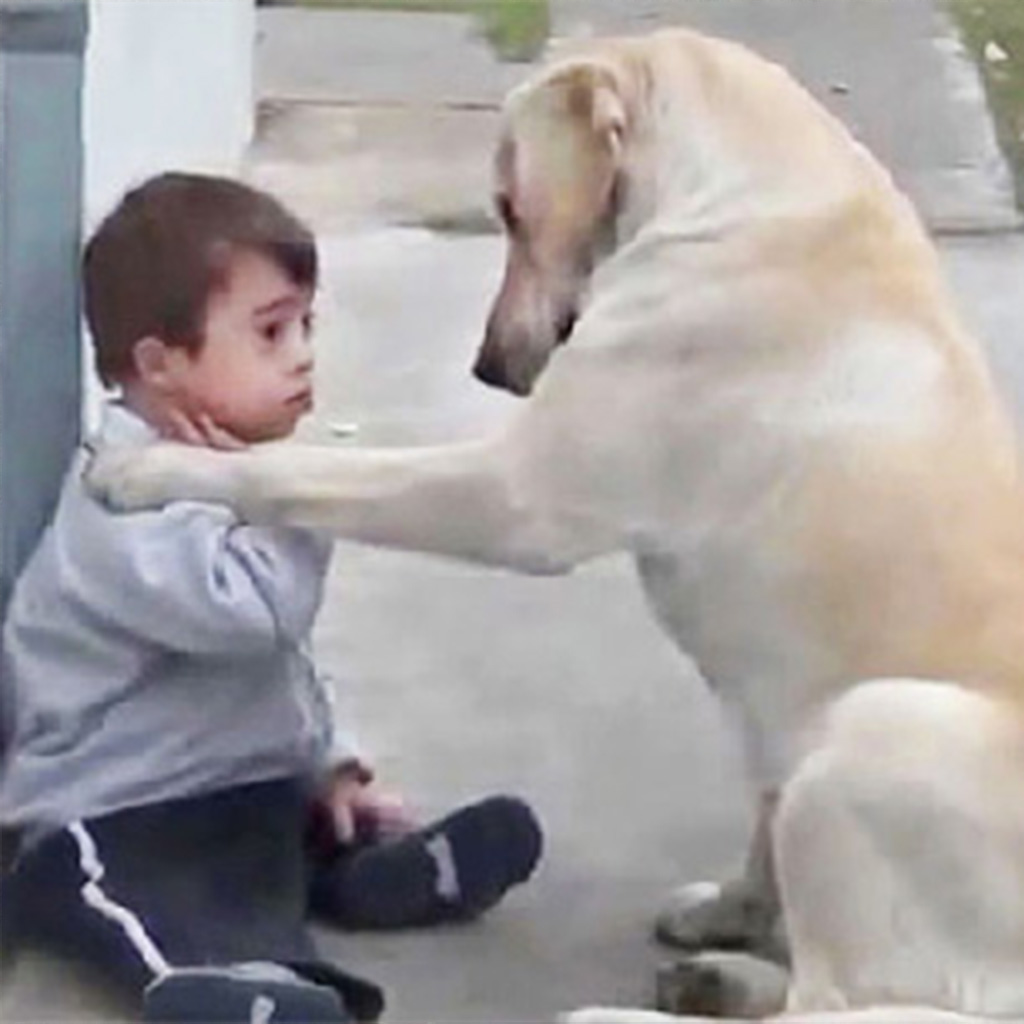 The Houston Police Department received a call about a young boy who was walking along the train track with only his dog to give him company. It was found by Sgt. Ricardo Salas that the boy was having [ᴅᴏᴡɴ sʏɴᴅʀᴏᴍᴇ] and had gone half a mile from his home. The five-year-old boy was given company by a German Shepherd named Alejandro. The dog protected him.
Sgt.Salas told that the dog was with the little boy when they found him and the dog walked with him when they took the boy. According to him, the dog acted like his protector and angel.

“Witnesses told me the dog was with the little boy when they found him. As I walked away with the boy, the dog followed,” Sgt. Salas said. “This dog was his protector and his angel.” 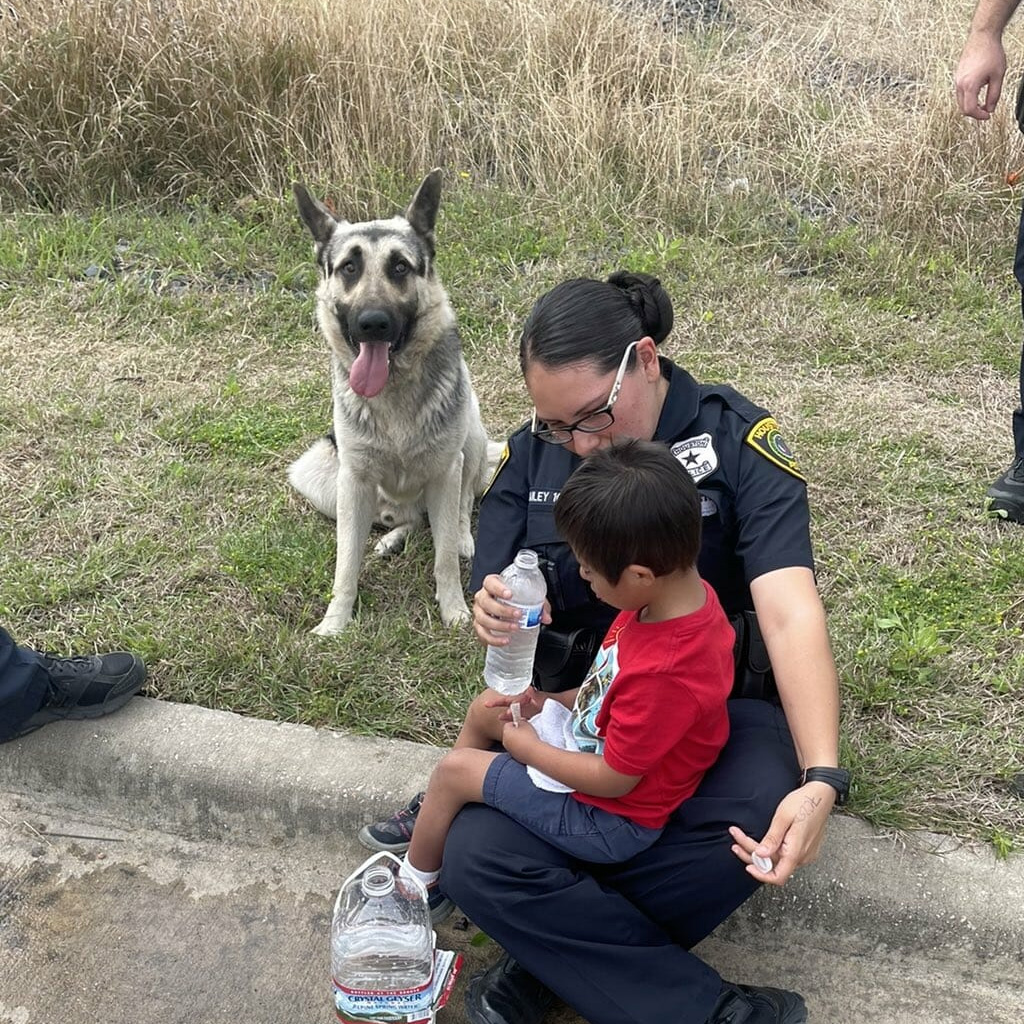 “It seems like to us that the dog knew something was up, he knew that the child wasn’t supposed to be wandering off and he ended up following him,” he told the Houston Chronicle. “He was very protective and would not take his eyes off the child.”

The dog was very protective and would not take his eye off the child. The dog remained very vigilant even when the officers came. He did not want to be away from the boy. According to Salas, the dog was following him everywhere but he was not barking. When the boy was put in the car, the dog jumped inside the driver’s seat with him.

After some time, they received another call and it was found that the name of the boy was Jose who went missing. According to the boy’s mother, Jasmine Martinez, they were taking a nap and when she woke up the boy was not there. 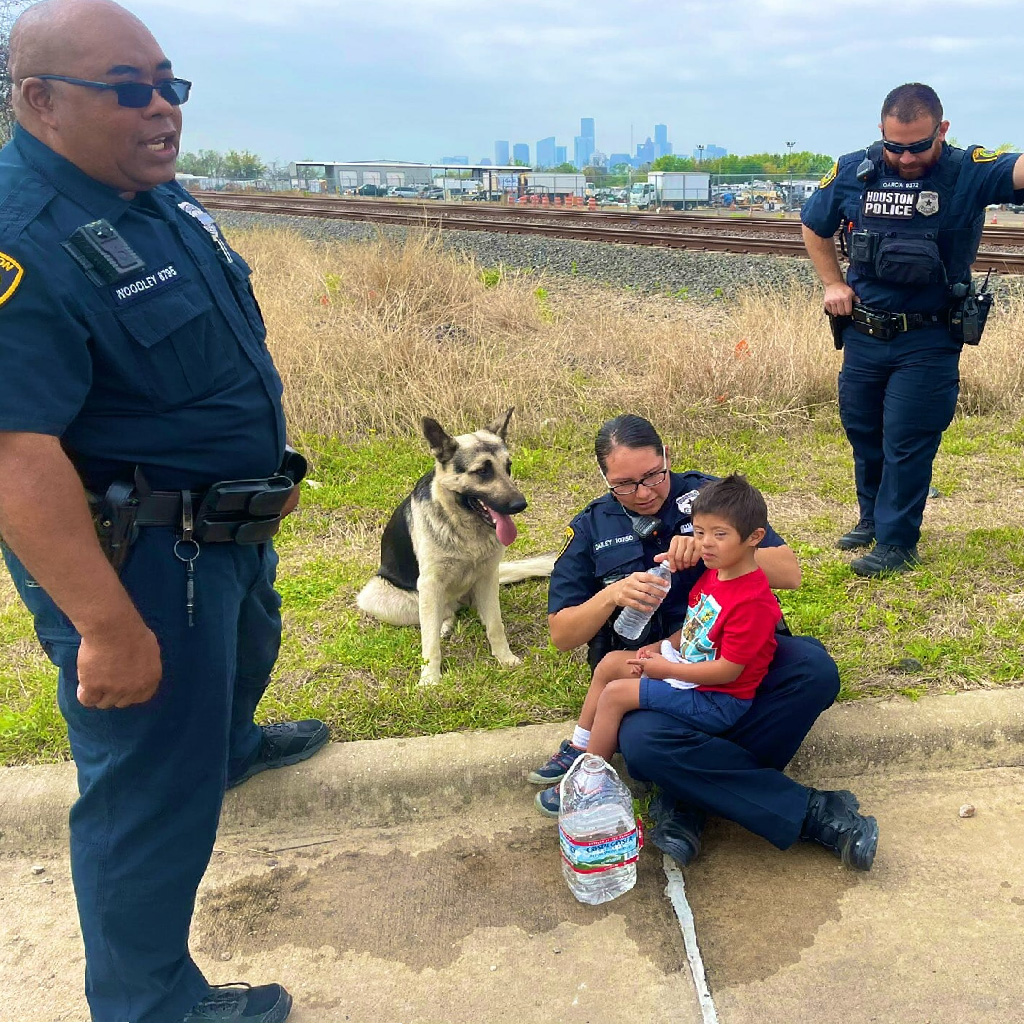 Thankfully, everything worked out okay: the boy had no injuries other than some minor scrapes. The family is grateful, but not surprised, that their loyal dog stepped up to protect Jose when he was in danger.

“Alejandro has always been a very overprotective dog since we got him, we got him when he was a baby. I was not surprised when they said he was walking with him the whole entire time,” Jose’s sister, Samantha Muñoz, told.