Everyone knows dogs are our faithful companions, and this holds true in most situations. Our furry companions have always been praised for their unconditional love and loyalty to their humans. So, it is not surprising that the internet is full of incredible stories and posts about their loyalty. The story of a dog pushing a wheelchair for his [ᴅɪsᴀʙʟᴇᴅ] owner in China is one of them. 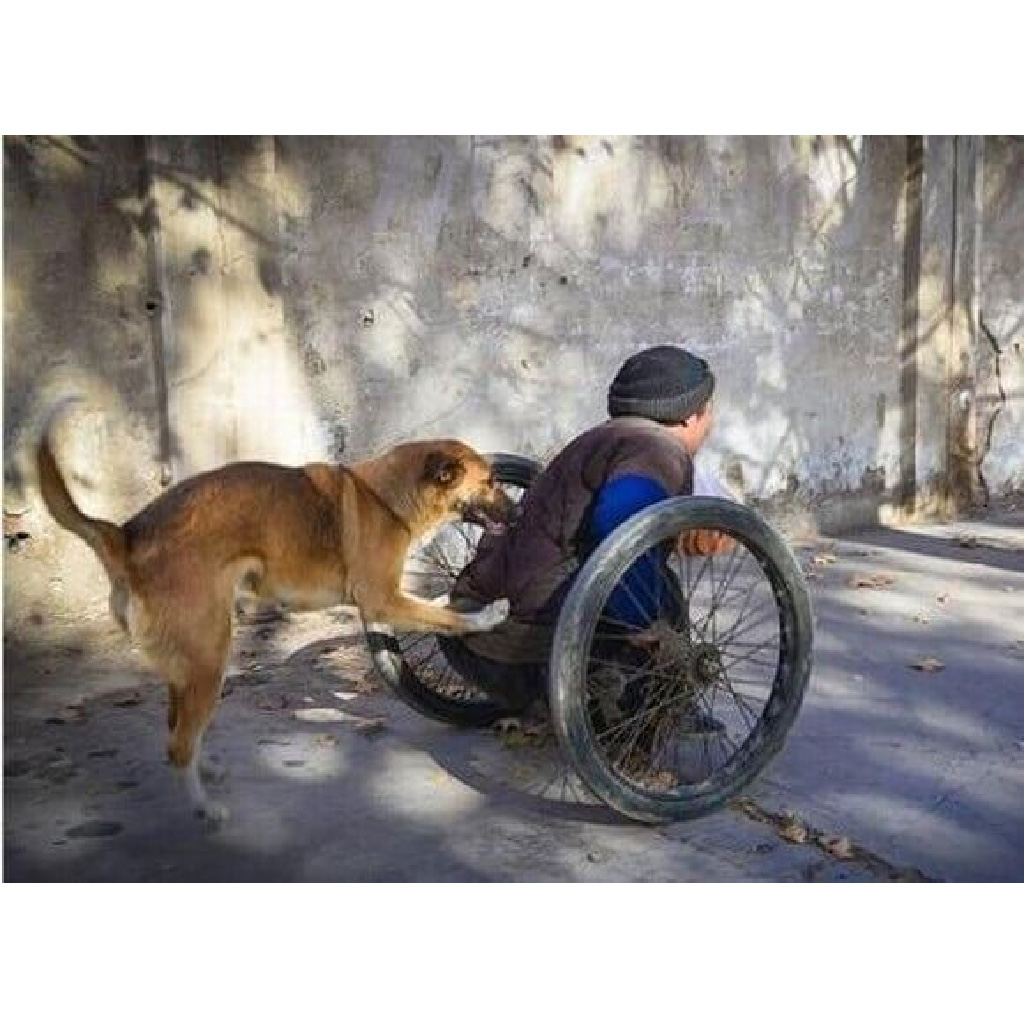 A dog named Big Yellow has never been trained as a service dog, but every day she helps her wheelchair-bound human get to his shoe repair shop a mile away from his home. He lives with his [ᴅɪsᴀʙʟᴇᴅ] owner in the village of Mago, located near the town of Luyang, China. 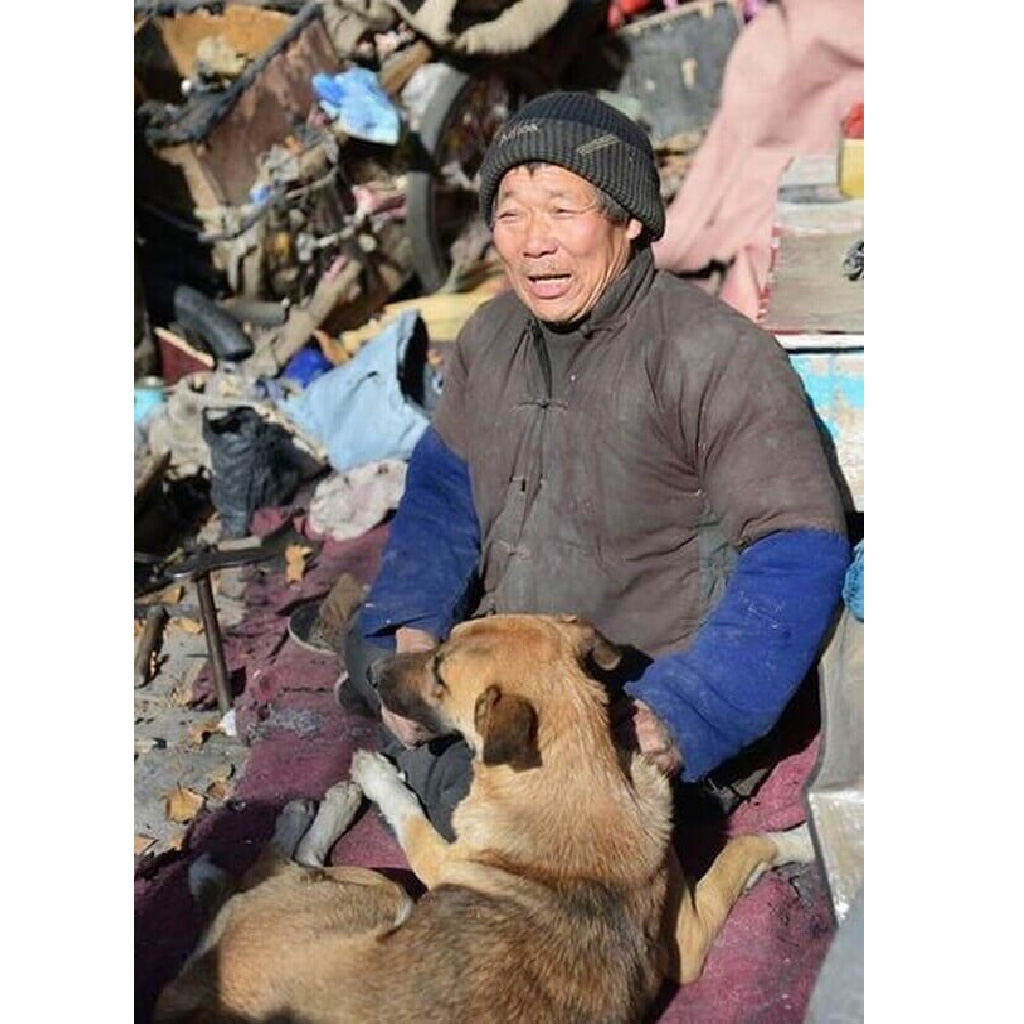 Mr. Ma has been a street cobbler for more than 40 years. The 59-year-old cobbler became paralyzed in the lower part of his body after suffering a major sickness when he was a child. Manao has no money to buy a real wheelchair, so he designed one to get himself to work. Every day, he needs to spend an hour each way traveling the 1 km distance between his house and his cobbler’s stall. He is helped by a big brown dog, in spite of rain or shine. 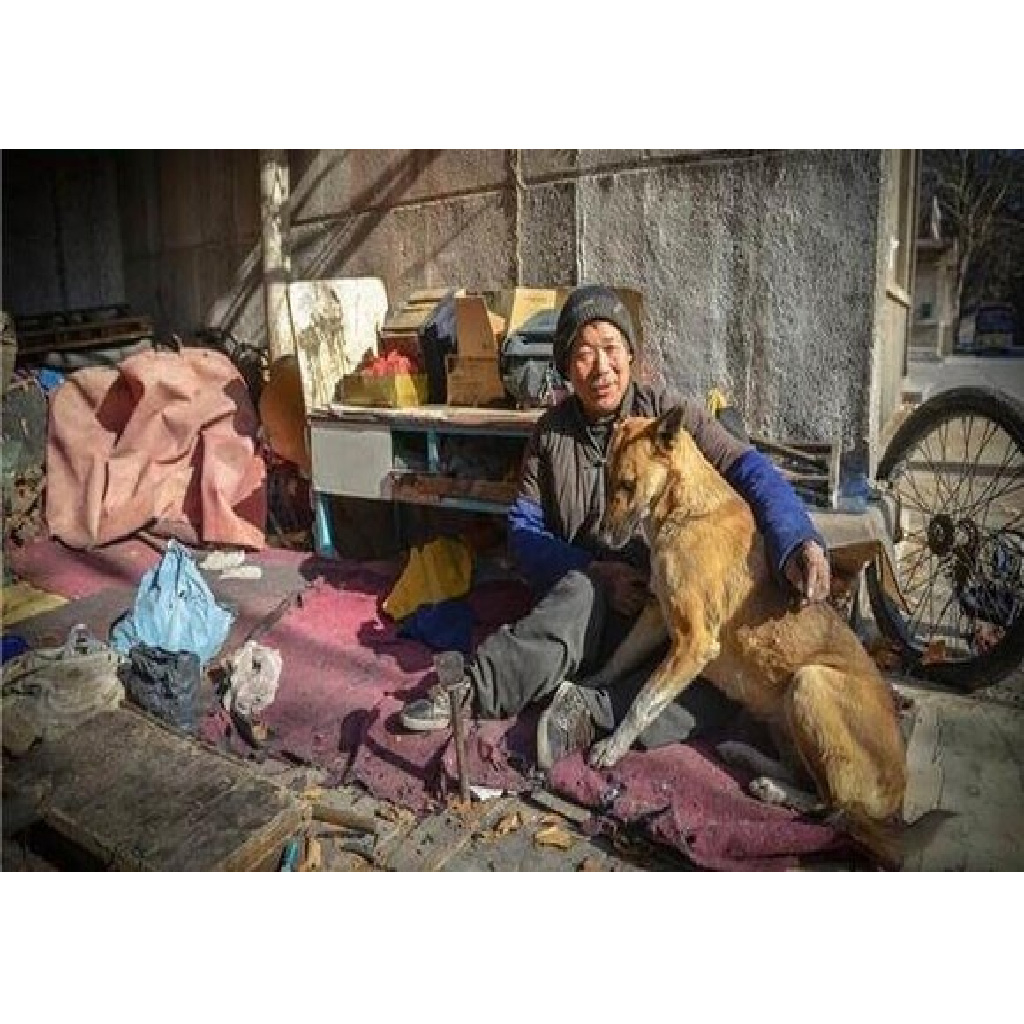 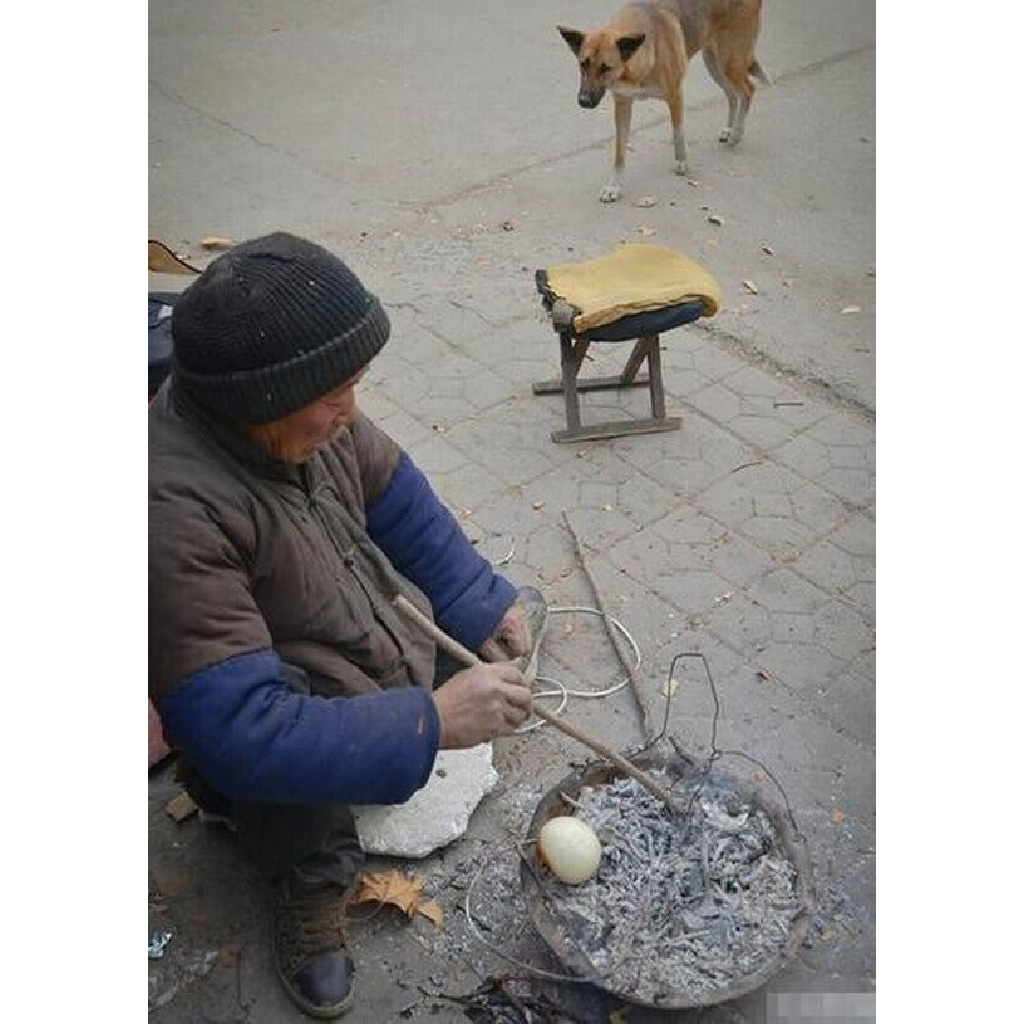 While the man works, the dog takes a chance to take a nap. In his free time, he often plays with his friend. Manao’s work brings a modest income, so neighbors sympathize with his poverty and occasionally bring him some food. 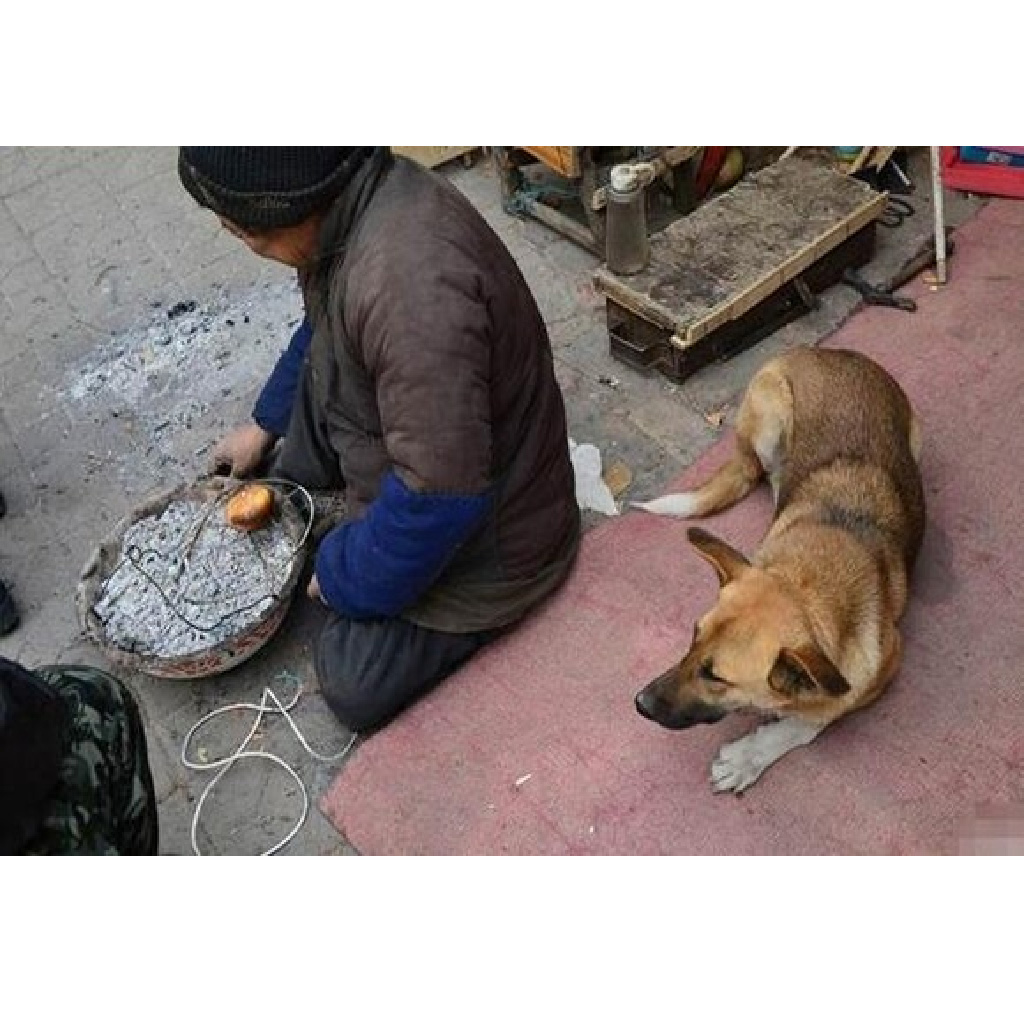 Manao did not give the dog a specific name, so everyone calls him the Big Yellow Dog.

Residents in the neighborhood know about Mr. Ma and his devoted big brown dog. The big brown dog not only helps Mr. Ma look after the stall, it also helps him warm his feet when the weather gets cold. Whenever they have to go uphill, the big brown dog seems to exert itself to push Mr. Ma forward; this is a scene that the local residents witness daily.

Mr. Ma says proudly:“The dog is very smart. It is even smarter than those guide dogs seen on TV.” 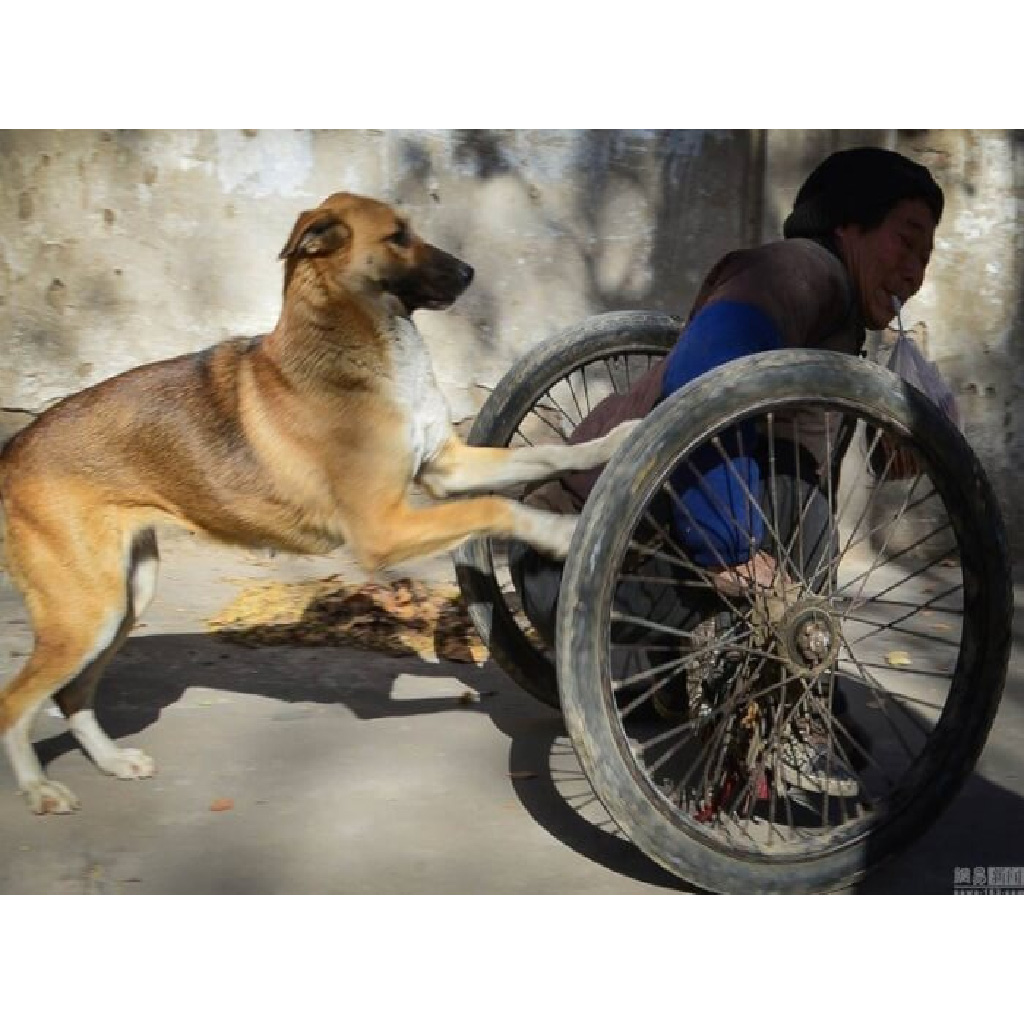 Someone once wanted to buy the dog and offered Manao 500 yuan, but he decided not to sell the dog, saying that his friend is not for sale!

The photos widely circulated on social media in China along with Ma and Big Yellow’s story. People criticized the local government for failing to look after the [ᴅɪsᴀʙʟᴇᴅ] old man and in response, the government provided 3 wheelchairs to Ma along with a new TV, a laundry machine, and household appliances and have promised to provide him a monthly allowance that media sources said he should have been receiving for more than 20 years. Many people have also donated food and money to the pair.