An unbelievable show of friendship and loyalty as this dog stayed by his friend who was stuck in a well for a whole week until the pair were finally saved.

Tillie and Phoebe are two very good friends who live in the same home. In September, they ran away from their human during a walk, on Vashon Island in the US. Worried when they didn’t come home that night, their family contacted the association Vashon Island Pet Protectors. 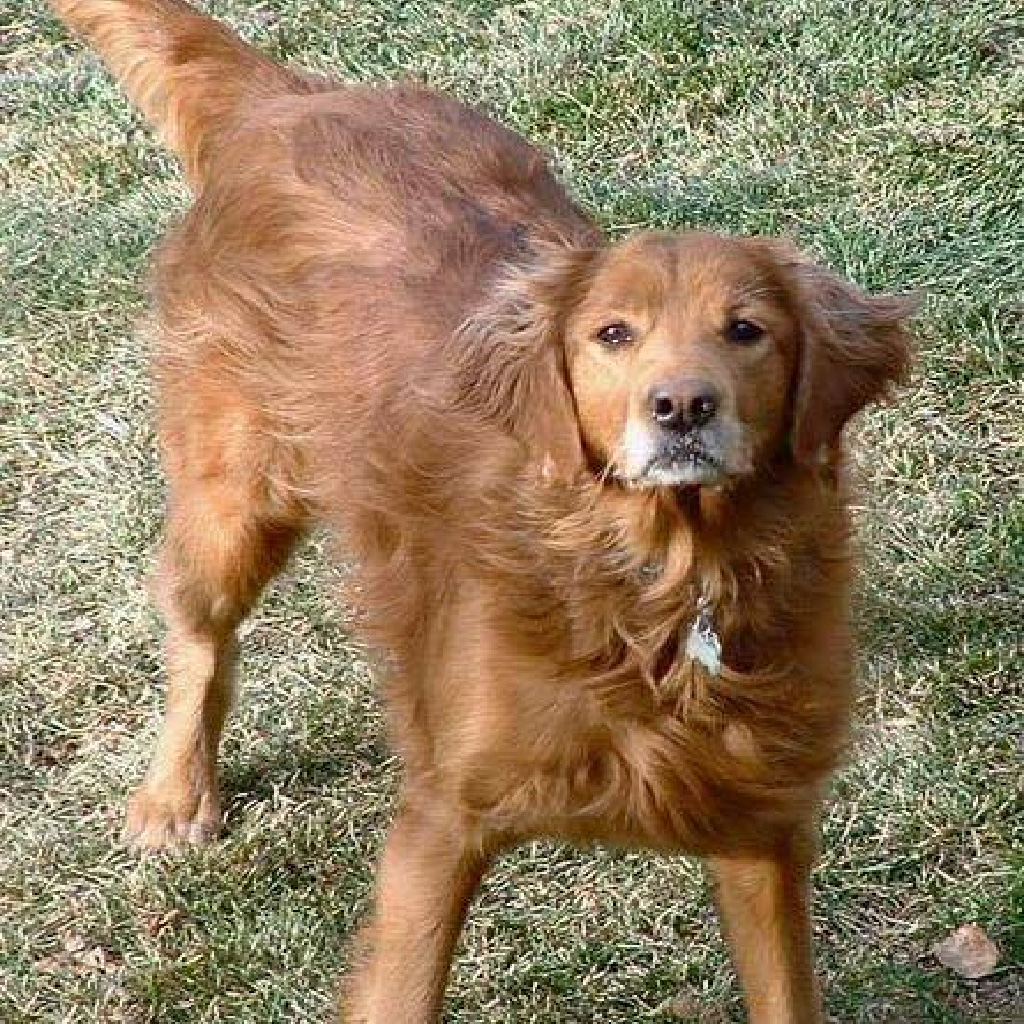 Tillie the golden retriever and Phoebe the basset hound didn’t return from a walk on Vashon Island, Washington, in early September. Their owner contacted Vashon Island Pet Protectors who, after five days, posted a lost dog notice to their Facebook. A stranger soon reported that Tillie had been seen on their property seemingly trying to draw human attention, so the VIPP volunteers set out to investigate. 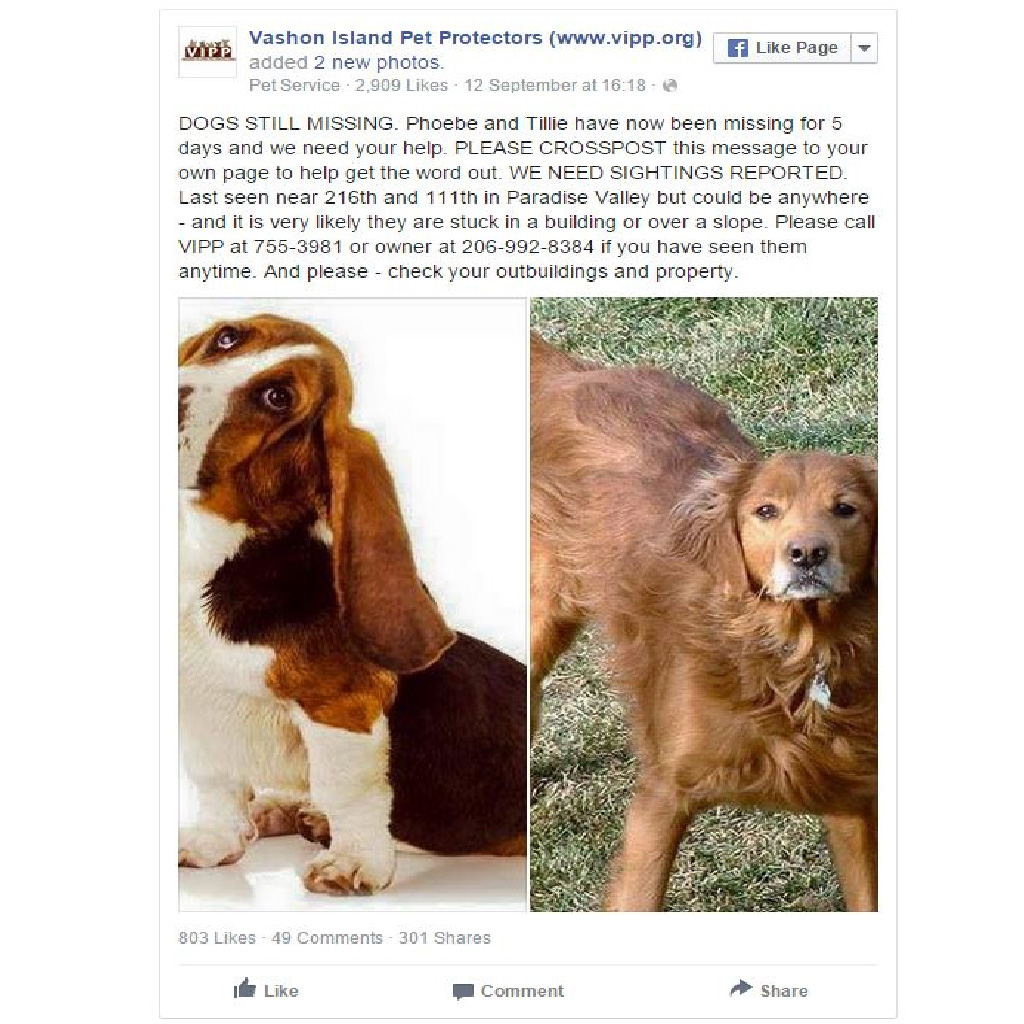 Every day, for almost a week volunteers at the Vashon Island, have been searching for the two dogs, but unsuccessfully.

“We had been out looking for about a week when we heard from a farmer here who noticed a reddish dog on his property,” Carey, a volunteer at the Vanish Island said. “She had quietly approached him, and when she got his attention, turned around and headed back toward this

ravine nearby. I decided to go check it out.” 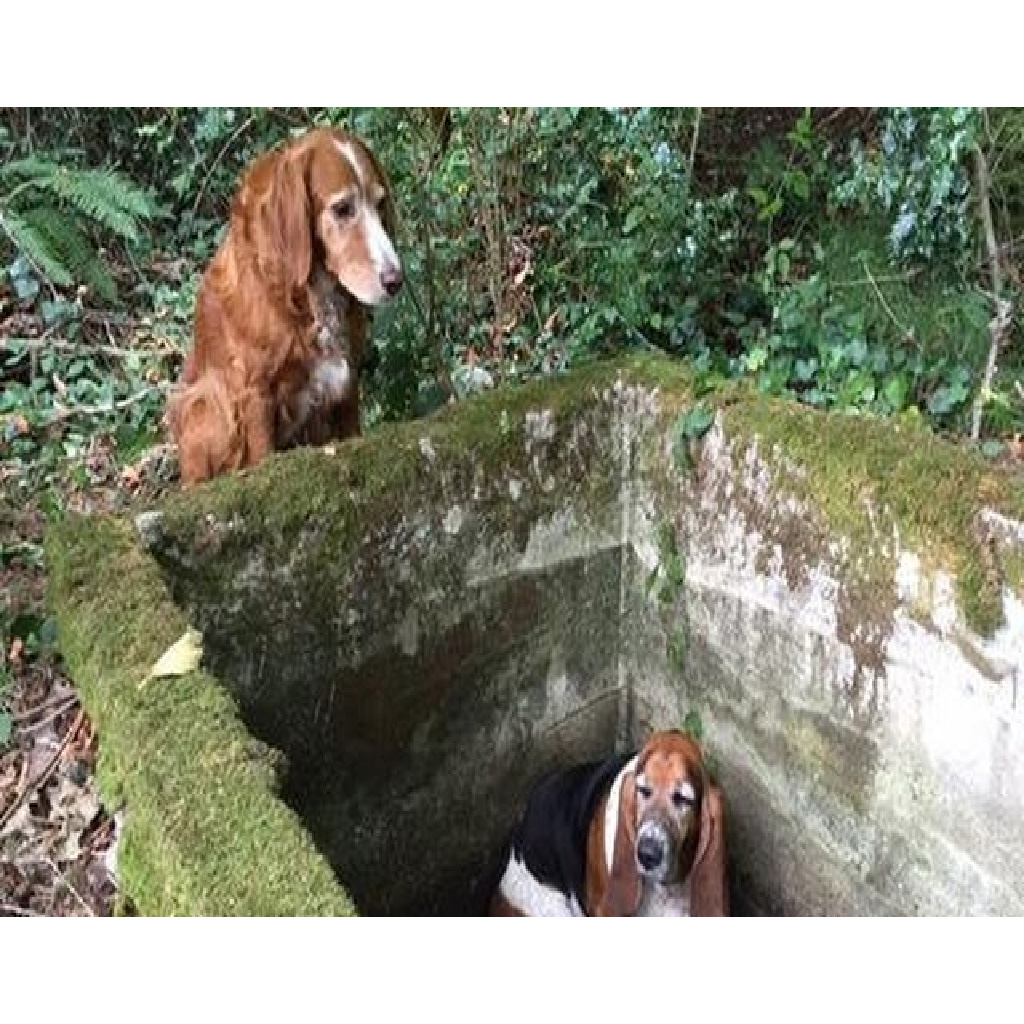 When they discovered that Tillie was trying to find some help during all that time, while her companion, Phoebe got stuck into the cistern, unable to get out.

“When I got there and looked down, Tillie saw me but didn’t come running up. She just stayed near the edge of this cistern, pressed with her head as close as she could get. Had she run-up, we might have never realized that Phoebe was down there. She just stayed put, making it so clear that I had to come to her so I would see her friend,” Carey said. 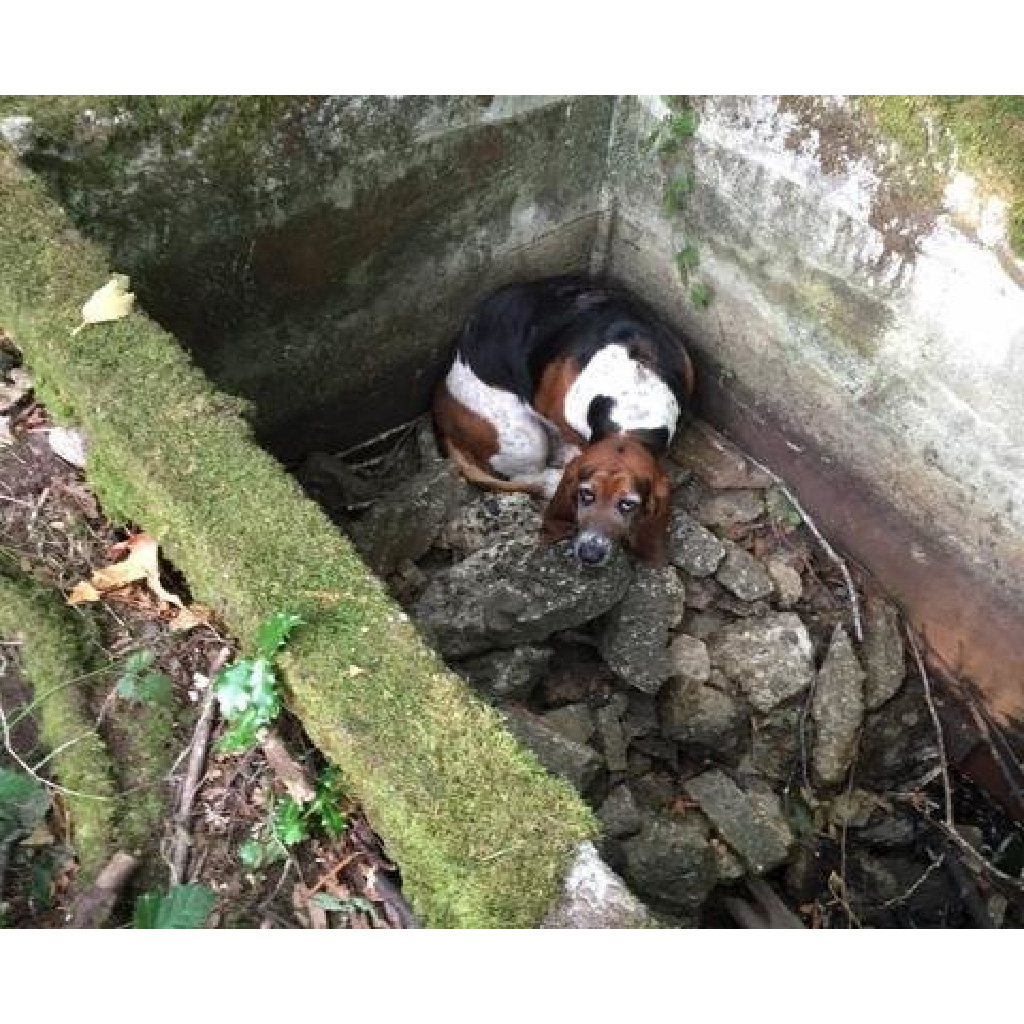 Tillie showed true kindness and devotion to her canine companion. No doubt she was aware that her poor friend’s fate lay in her hands. If she had left her to go back to her home, Phoebe would have almost certainly never been found again. “When I saw what was happening, tears were immediate. It was just so touching,” Carey recalls. After a week in the wilderness, the two dogs were astonishingly well. By luck, they had water thanks to rainfall. And even if they had hardly eaten anything, at least they were able to survive waiting for help. They got back to their owner who couldn’t stop her tears of joy when saw them!