This story is nearly half a century old. In 1974, at the Vnukovo airport, the owner of Alma couldn’t persuade the staff to require the dog onboard without a certificate. Thanks to eye damage, the Eastern European sheepdog didn’t pass vet control. 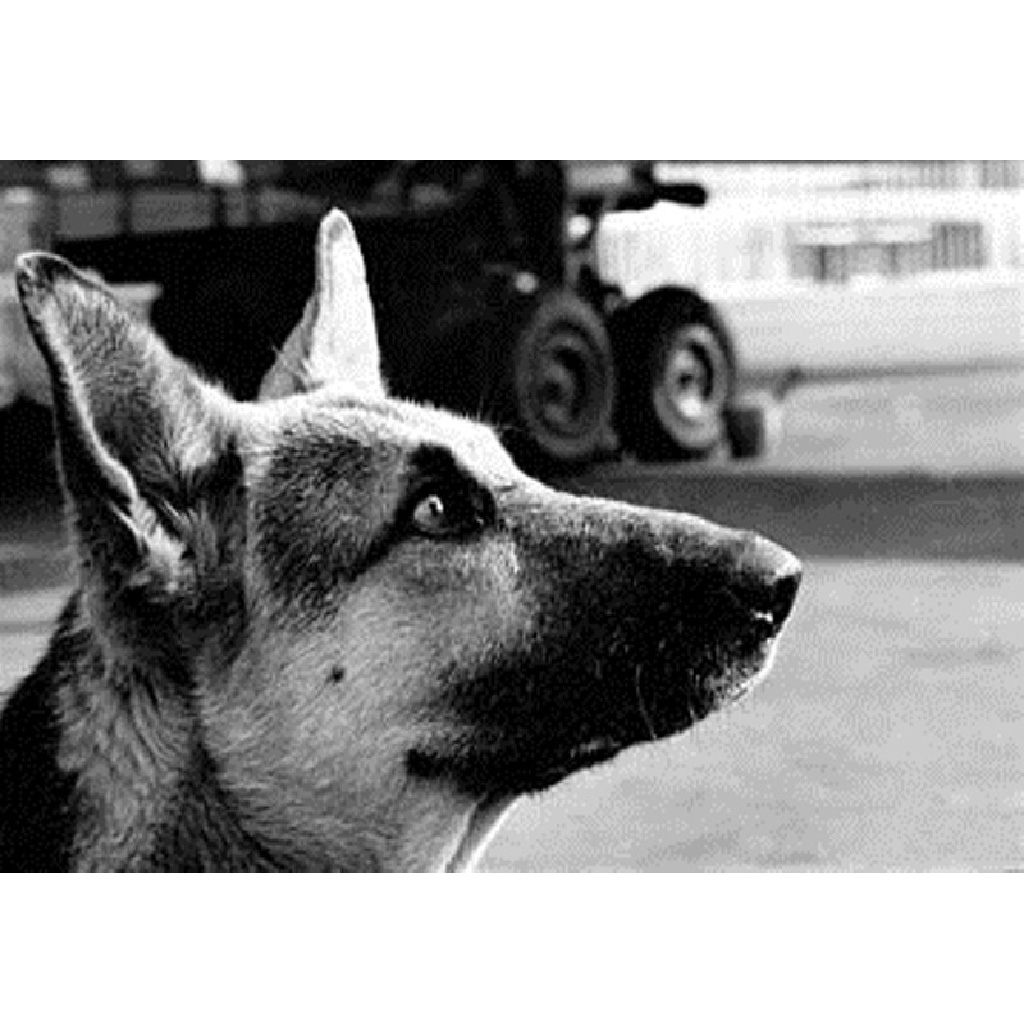 The owner of the dog left and left his dog there. The mighty IL-18 liner carried a man to the north. The dog ran for a long time on the runway, trying to catch up with him. She did not accept the loss, did not leave the airport. Neither people who tried to catch her, nor the police officers couldn’t force her to leave the airport area. Gradually, they got used to the dog. The port service began to feed and protect the shepherd dog.
Alma stayed there for 2 years. The airport staff fed her and made sure she was safe. 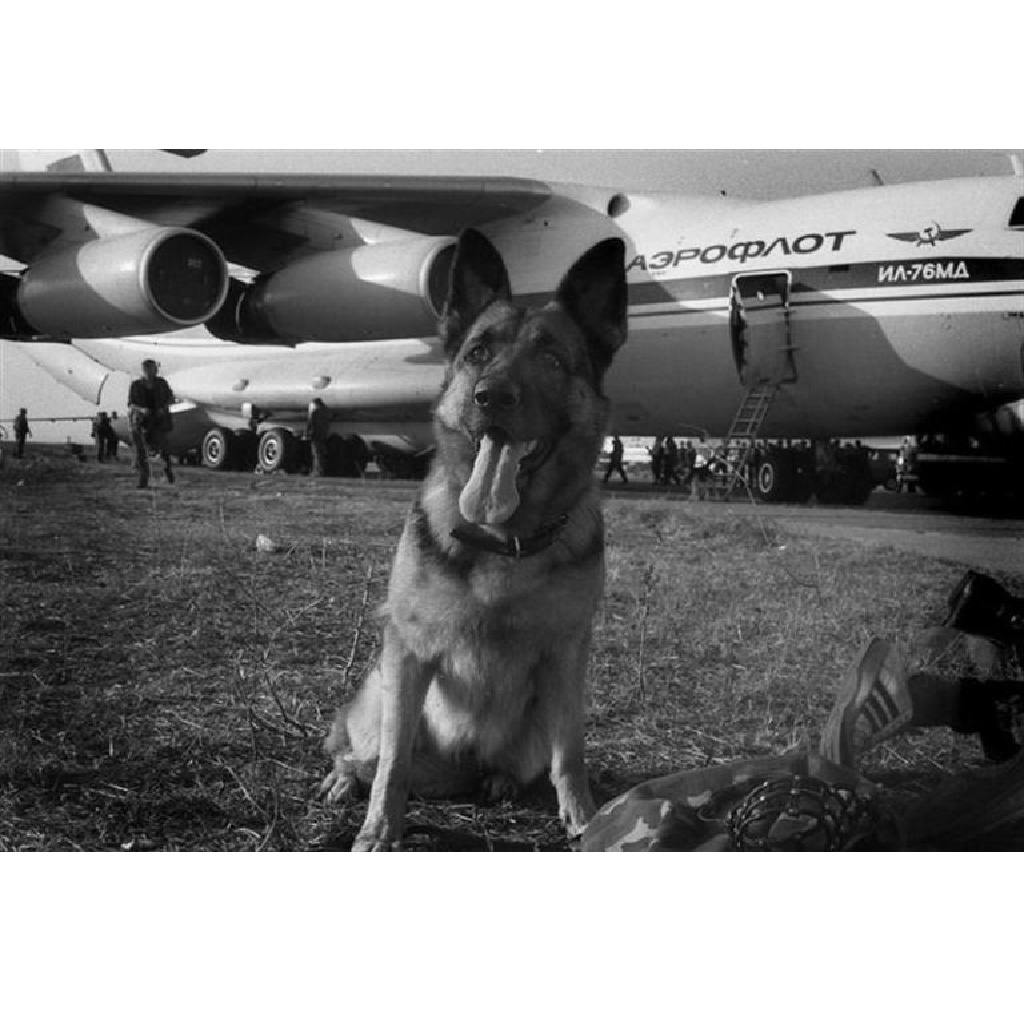 But the German Shepherd was still afraid of people. But Alma was alway looking for the owner and did not let anyone get close.
The pilots often saw a shepherd dog, who met each plane with hope. Every time the plane takes off. She would rush after every plane to see if her owner is there. 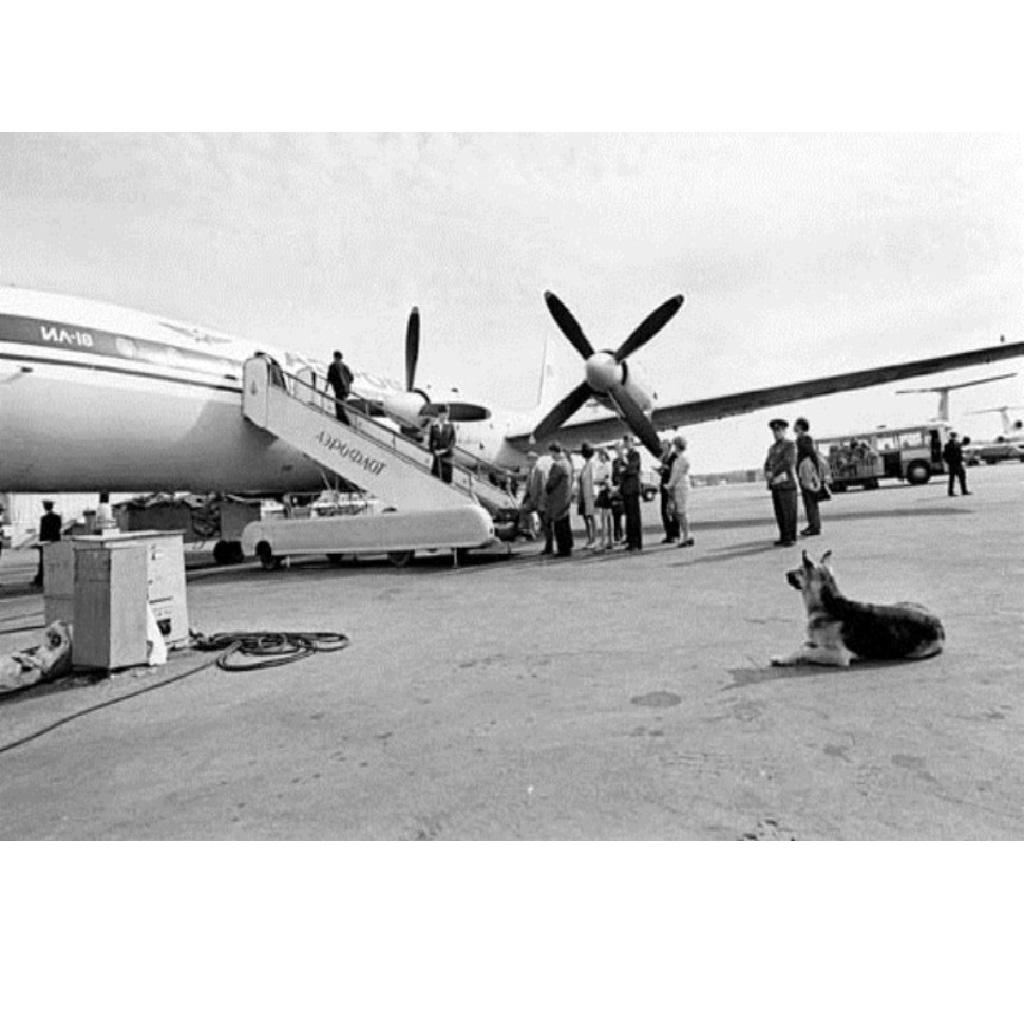 Fortunately, A pilot was told about the sad story of Alma. Every time he saw the poor girl, he remembered his horrific days during wars. He himself was a prisoner and knew what is sorrow and grief. So he went to an editorial office with the request to publish Alma’s story.

Soon, thousands of people across the USSR were worried about Alma’s fate.
Her original owner contacted Vyacheslav and admitted that he wasn’t worthy to be considered her owner. The owner was the last to board, and before that, he took off the collar and said goodbye to his pet for a long time. He also was afraid of condemnation. 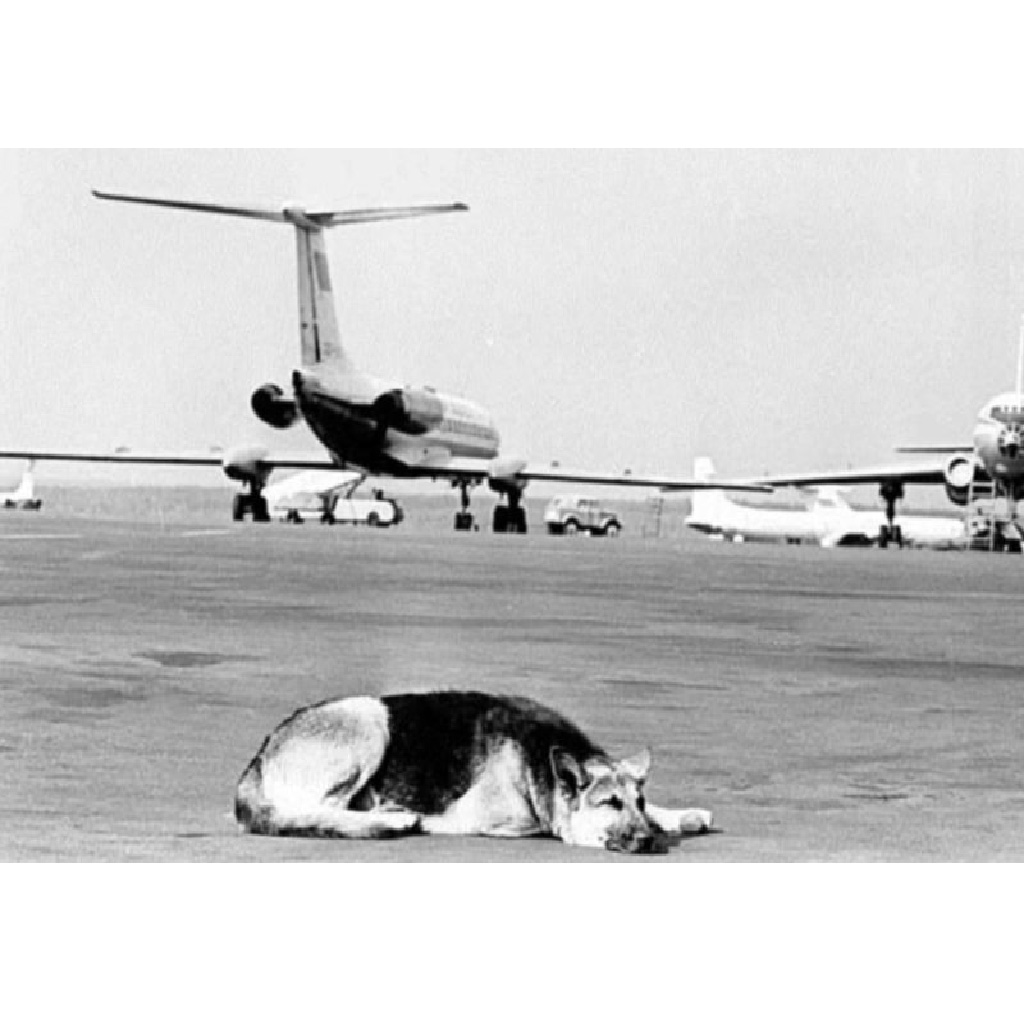 And yet the faithful Alma was destined to meet an equally devoted and selfless friendship. Vera Kotlyarevskaya, a descendant of the Ukrainian classic, left her job in Kyiv and spent several weeks in Vnukovo. She patiently and carefully tamed the shepherd, spent all her time with her.
Knowing that Alma would not leave her post of her own free will, she was given a sleeping pill. The dog was getting used to the new environment with difficulty. But here she was expected, she was welcome.
This story inspired the creators of two films. “On a leash at the runway” was released back in 1988, and in March of this year, the premiere of the Russian film “Palm” took place.