Service dogs can be invaluable companions to people who need them. Not only can they provide medical and emotional help, they also just make great, loyal pets, by your side when you need them most. So after one loyal service dog stayed by his human’s side throughout grad school, the university decided he was worthy of a major honor. 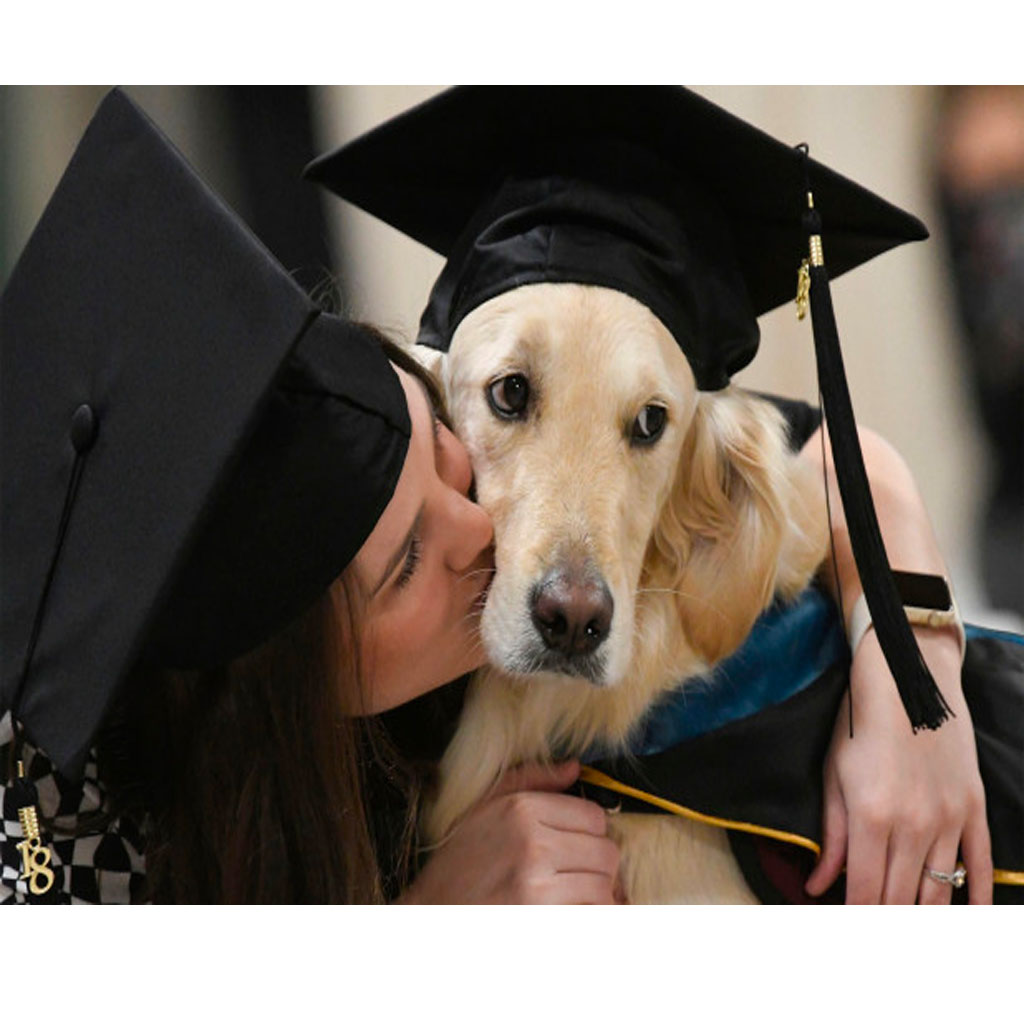 Brittany Hawley, from Wilson, North Carolina, uses a wheelchair and suffers from a condition called complex regional pain syndrome. She was the perfect candidate for a service dog, and a few years ago received one through the paws4prisons program.

When she met a dog named Griffin, she knew he was the one: “Some dogs were scared of the wheelchair,” Brittany told AP. “Griffin jumped right into my lap and licked me across the face.” 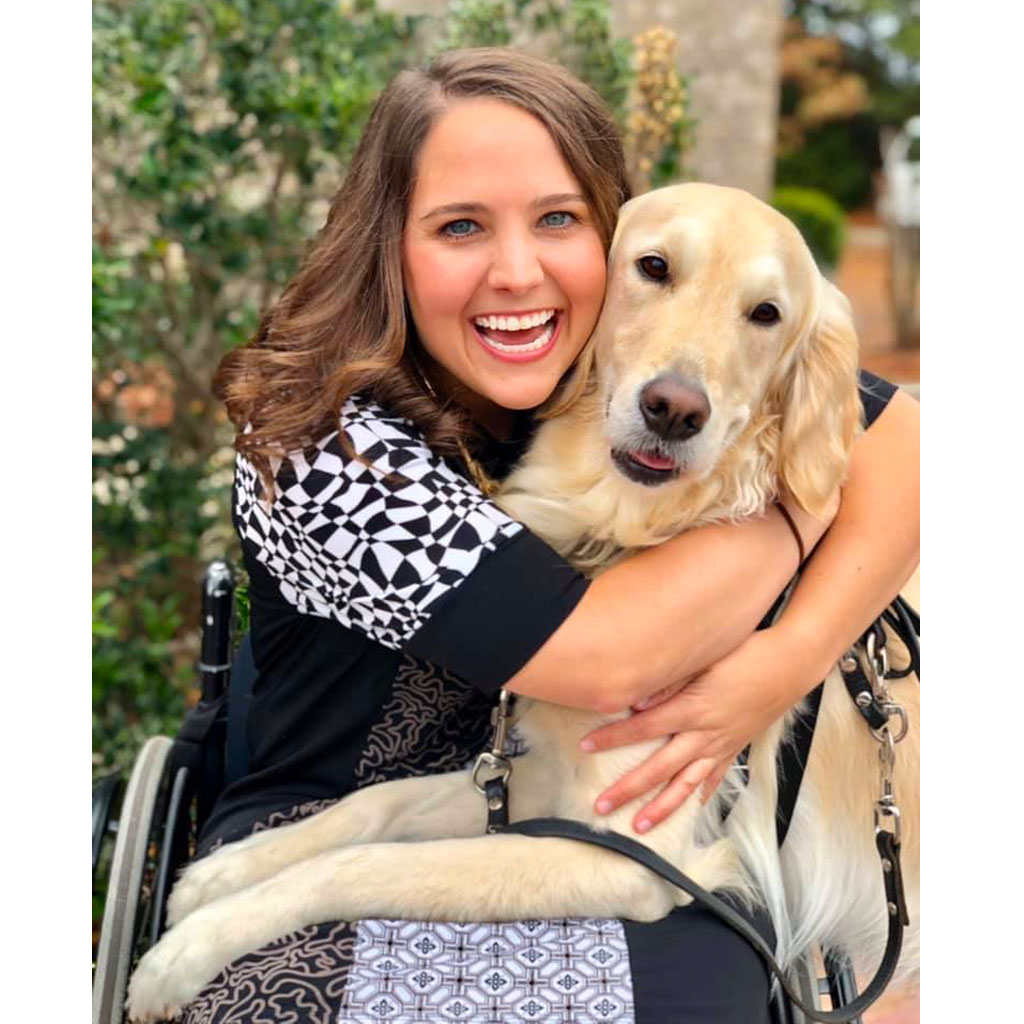 She said Griffin does a wide range of physical tasks for her including opening doors, turning on lights and bringing her items she indicates with a laser pointer. But perhaps more important is the comfort the dog provides amid her relentless, severe pain that causes anxiety and depression.
More than that, the loyal companion helped Brittany to get through grad school. Whenever she went to class, Griffin was also there. If she needed her cellphone, Griffin would fetch it. Even when she assisted patients as part of an internship, he was there helping out as well.
So it would have been fitted that when Hawley received her master’s degree in occupational therapy from Clarkson University, Griffin will once again be at her side — waiting to get his very own diploma. “I pushed for him to graduate from Day One,” Brittany said. “He did everything I did.”
Remarkably, the university agreed—and Griffin got to walk across the stage and accept his own honorary degree for “extraordinary contributions to student success.” 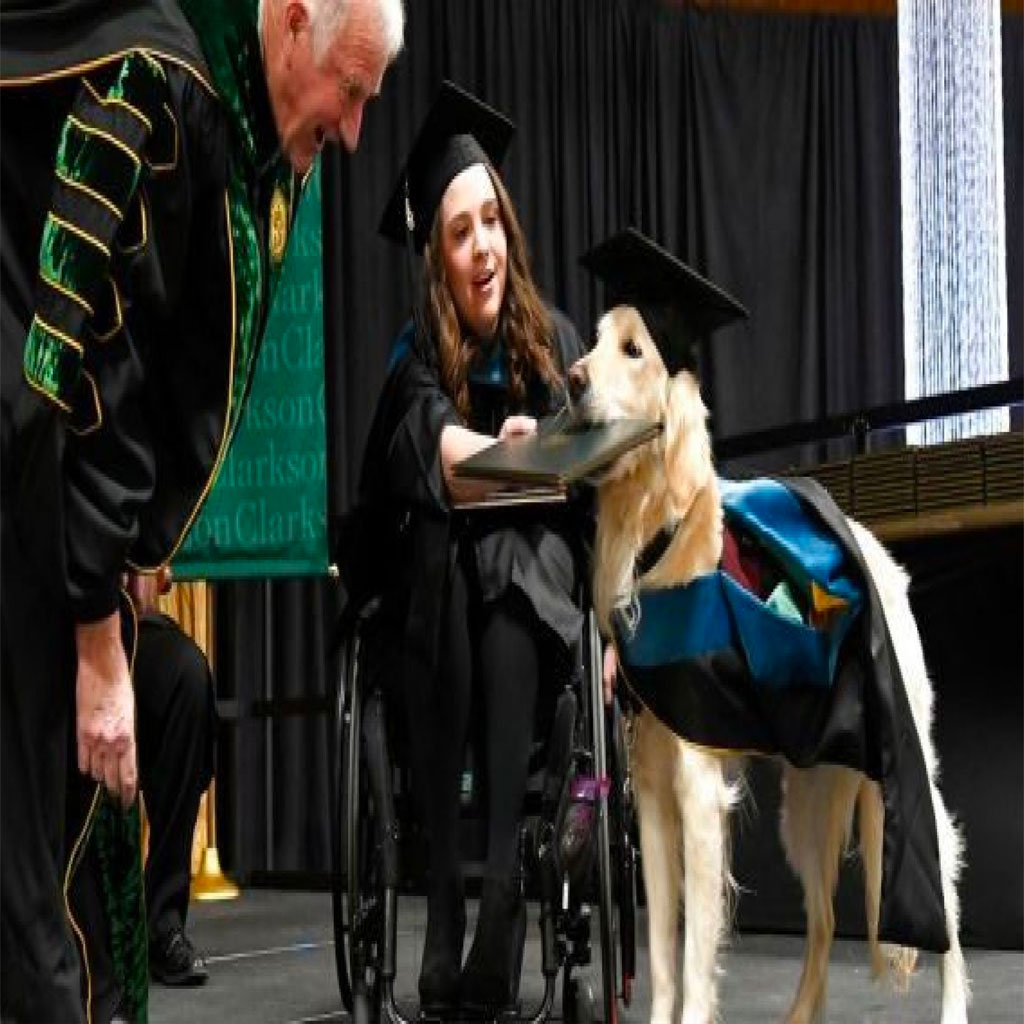 ” The Board of Trustees recognized that Griffin has demonstrated extraordinary effort, steadfast commitment, and diligent dedication to the wellbeing and student success of his owner Brittany,” Clarkson said in a statement.
“The two have pursued 100% together a graduate degree in Occupational Therapy attending all the same classes, lectures, faculty appointments … fully making Griffin an equal member of the Clarkson Golden Knights family.” 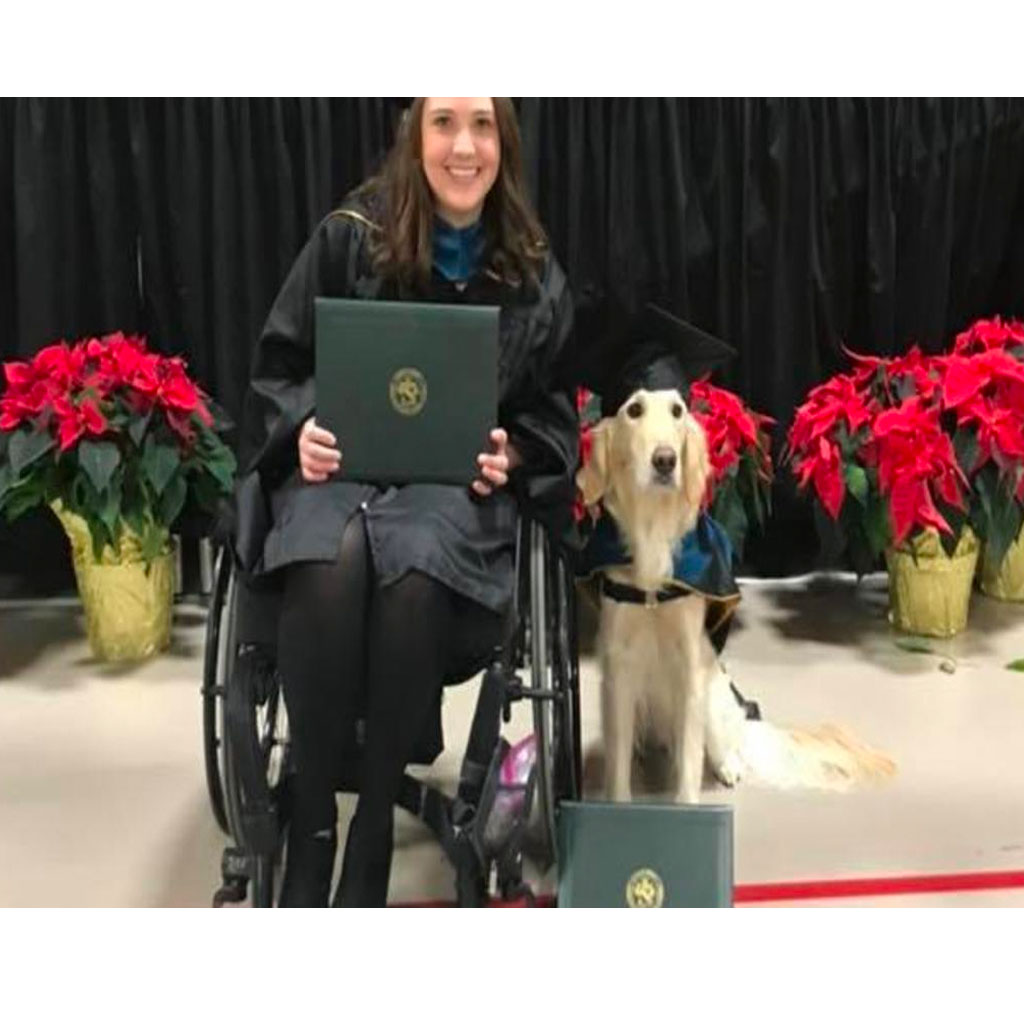 Brittany met Griffin through ‘paws4prisons’, a program that teaches inmates at West Virginia prisons to train and place high-level assistance dogs. “The inmates allow many dogs to come up to you and let the dog choose you, ” Brittany said. “Some dogs were scared of wheelchair. Griffin jumped right into my lap and licked me across the face.” 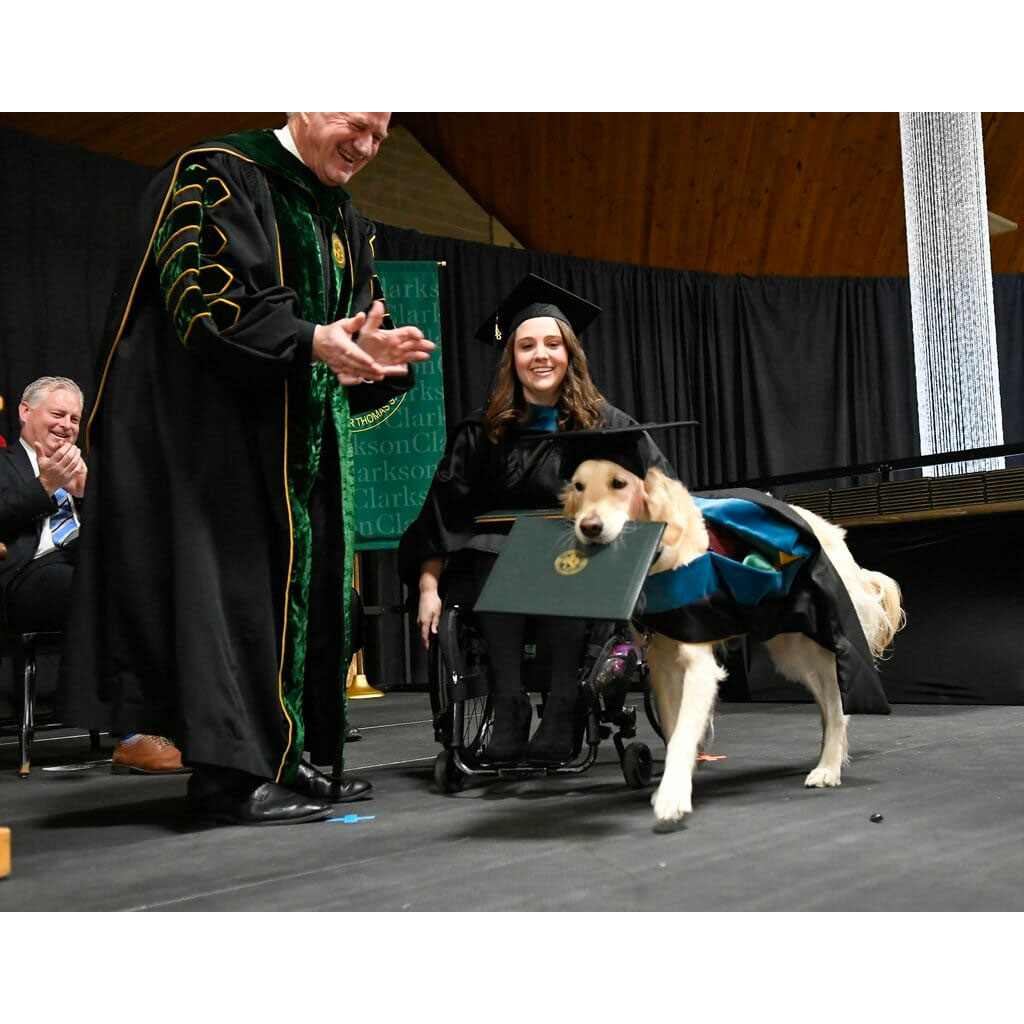