For most, a flooded street means staying inside. But for Bo, navigating the waters is as easy as pulling out his boogie board. 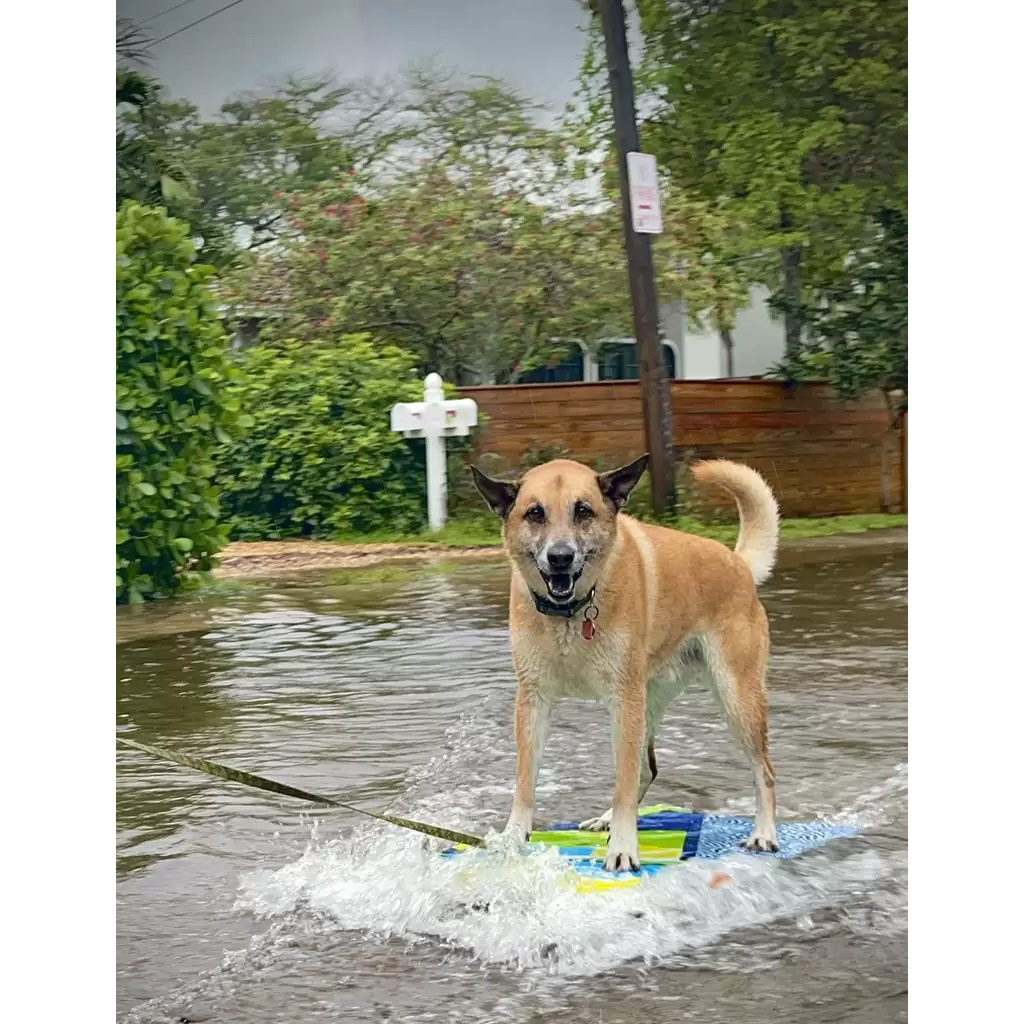 After a severe storm, the streets of Fort Lauderdale, Florida, resembled mountain torrents. Peter Rosen decided it would be a great chance to take his dog to some surf lessons while the locals were inside their houses. The man soon discovered Bo is a superb learner. 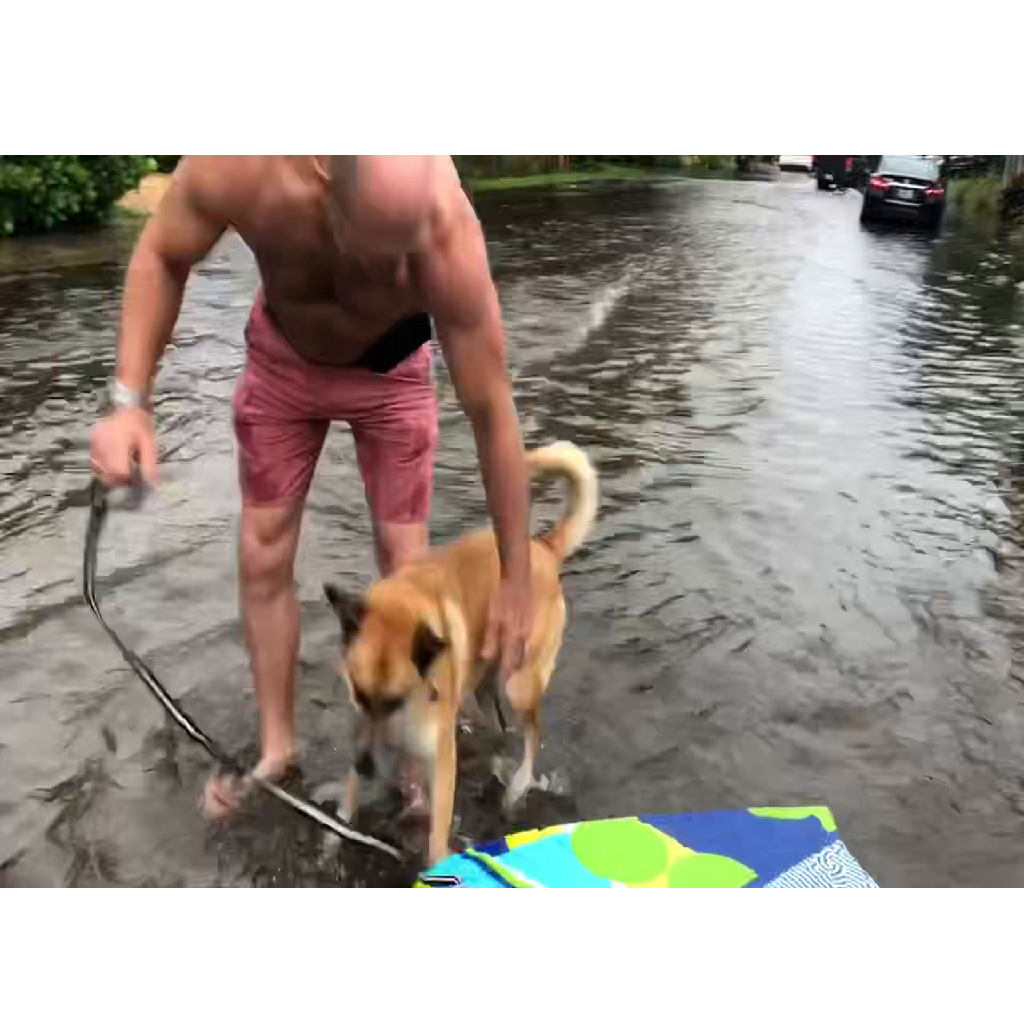 Originally, Rosen tried to teach Bo to surf in the ocean, but the small south Florida waves weren’t quite strong enough to propel the board.
Pretty soon, Rosen figured out that the flooded streets might be a better fit for Bo’s abilities. He began teaching Bo by manually pulling him through the water. Slowly but surely, Bo got his balance. Eventually, they added the electric bike. 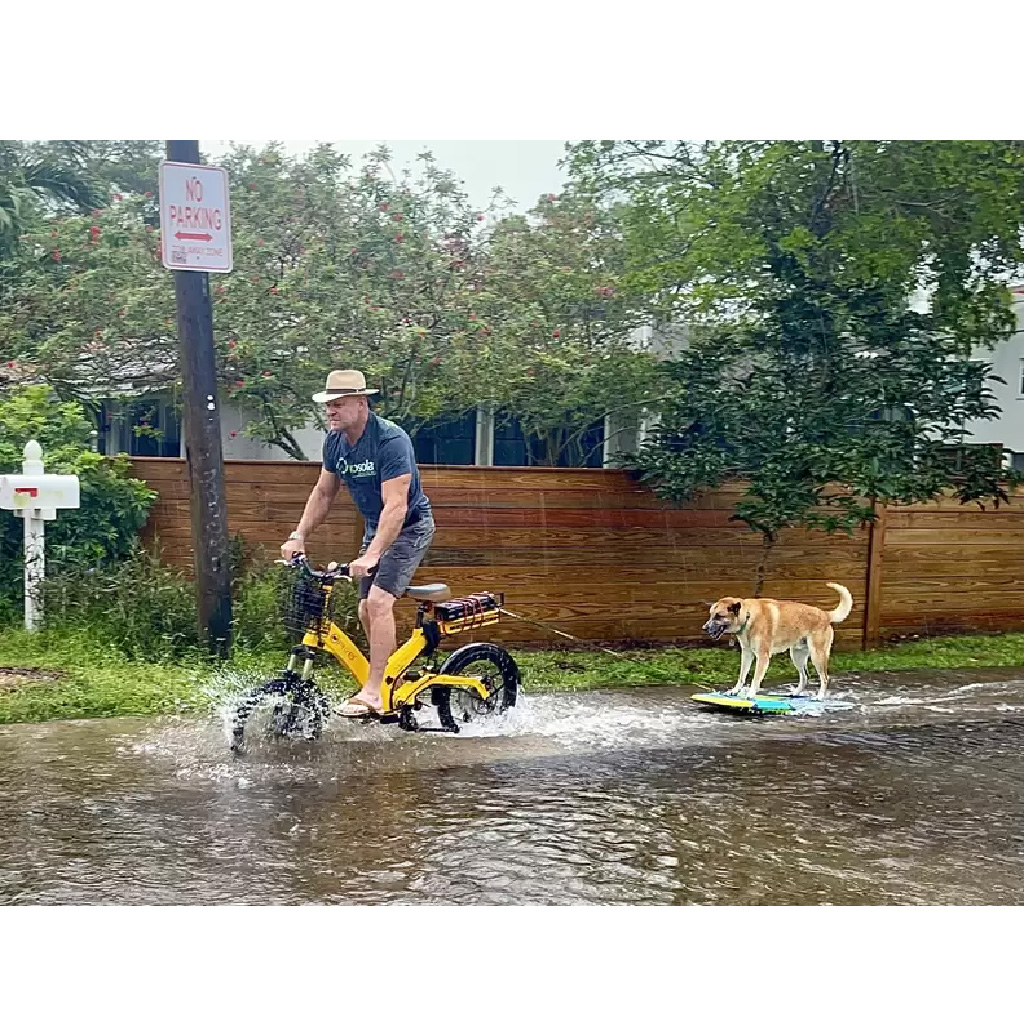 “He’s pretty talented,” Rosen said.
“We pulled the board out and he immediately recalled it and immediately hopped right on,” Rosen told.

Peter decided they needed to advance, so he added an electric bike to the menu after a few minutes of pulling his dog by his hands.

“It wasn’t his first on a board,” owner Peter Rosen told. “So as soon as I pulled it [the board] out, he immediately recalled it and jumped on.”

Rachel Frank, a neighbor, was attempting to walk her dog through the waterlogged sidewalk when she spotted Rosen and Bo getting ready to ride the waves. By the time she returned from her walk, the pair were hanging ten up and down the street. 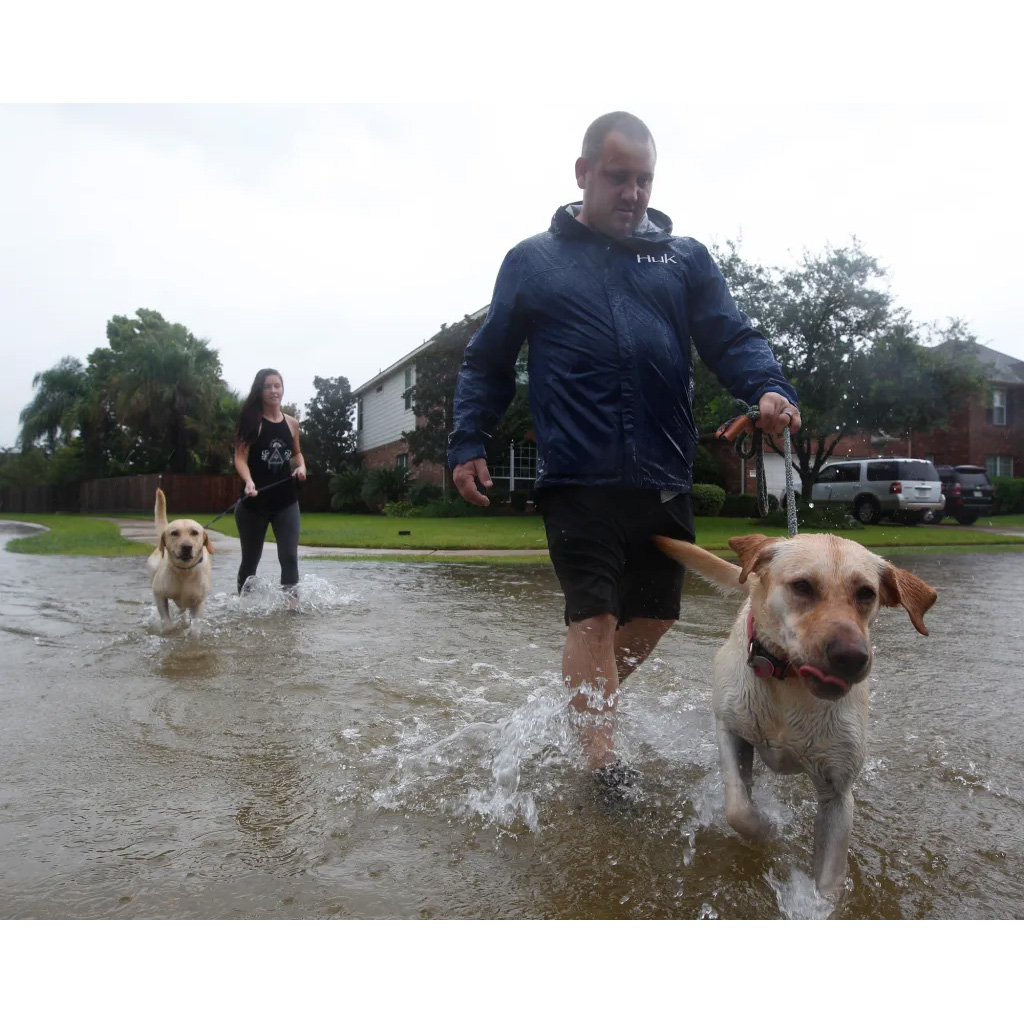 ” I couldn’t stop laughing and filming,” Frank toldo. “My dog was with me and just wanted to jump in and play too.”

Anything that allows him to be closer to Rosen sounds like a good idea to Bo, who was adopted about three years ago after Rosen found him in the Cayman Islands. Rosen and his husband had been vacationing when they came across Bo, whose the previous owner was no longer able to look after him. They took Bo along on a hike through the island, and he fit right in. Pretty soon, Bo was officially adopted, and their adventures have continued ever since. 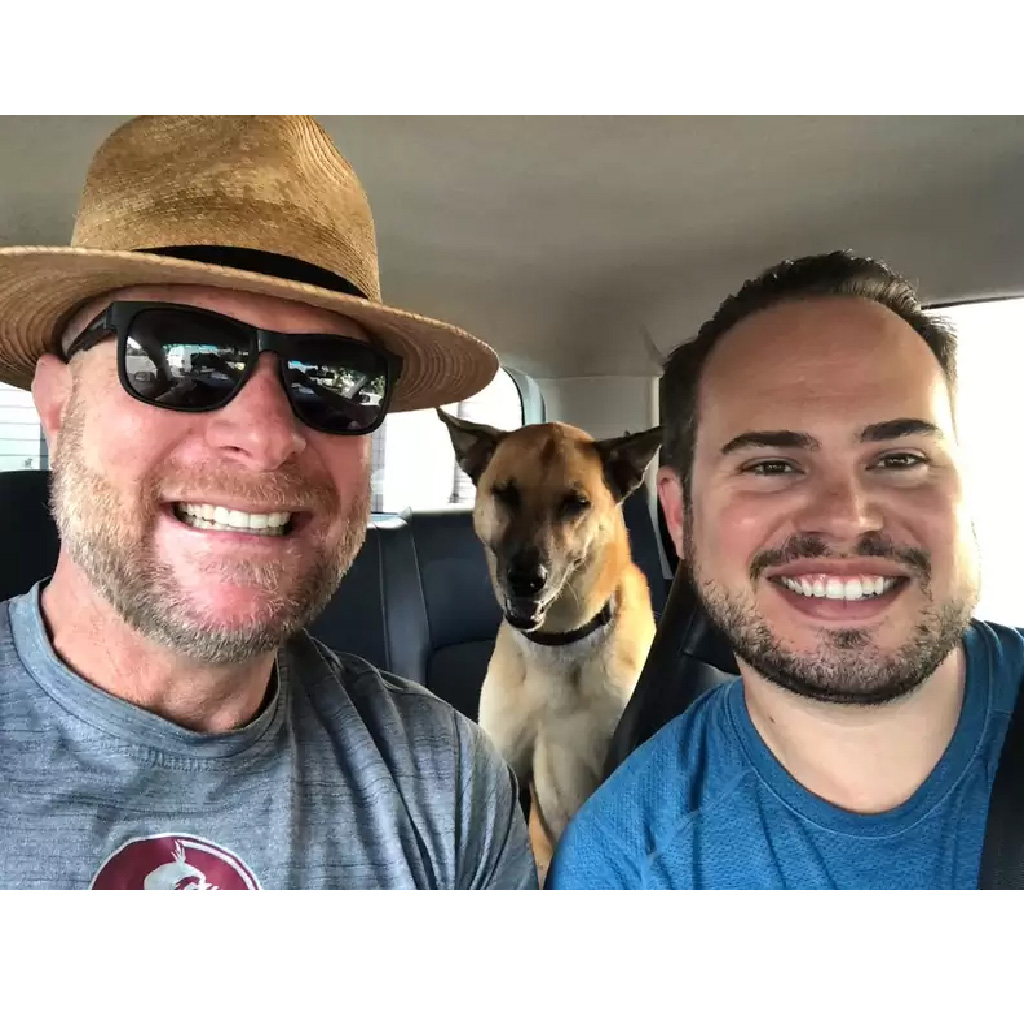