Steve is just a typical guy living in Los Angeles. He likes to chill with friends, go hiking, and hang out by the water – and he also happens to have nine rescue pets. Ever since he was a kid, Steve knew he was destined to help animals. He used to spend a ton of time at the shelter near where he grew up, learning about the rescue process and getting to know the people involved in it. 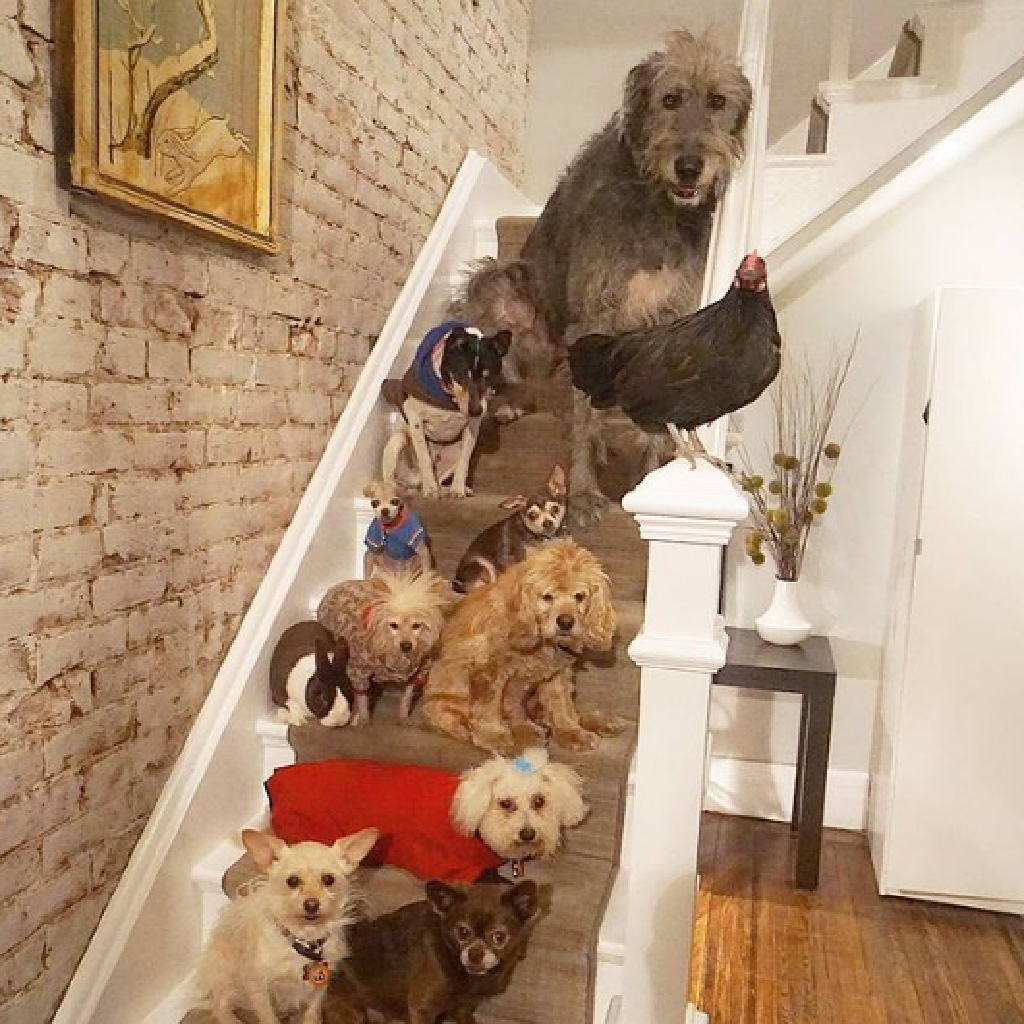 “I always knew that when I was older I would have a house filled with rescue dogs, so seeing where I am now isn’t much of a surprise to me or anyone who knew me growing up. Ever since he was a kid, Asher knew he was destined to help animals. He used to spend a ton of time at the shelter near where he grew up, learning about the rescue process and getting to know the people involved in it. “ 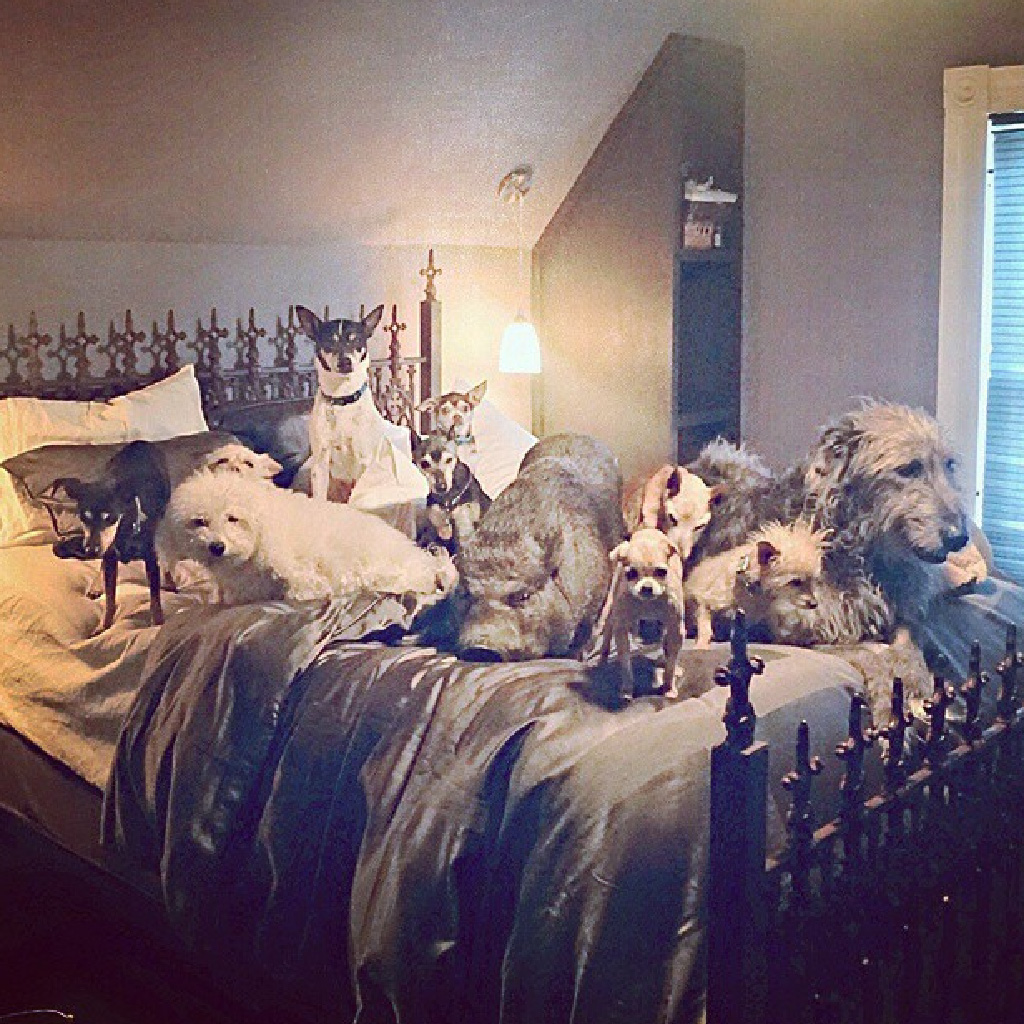 All of his animals are rescues. Although these animals weren’t bought at a pet store or a breeder, that doesn’t make them less lovable or bad pets. Steve was at the shelter to get another dog, but that dog had already been adopted so he went around the facility again and that’s when he spotted Engelbert. 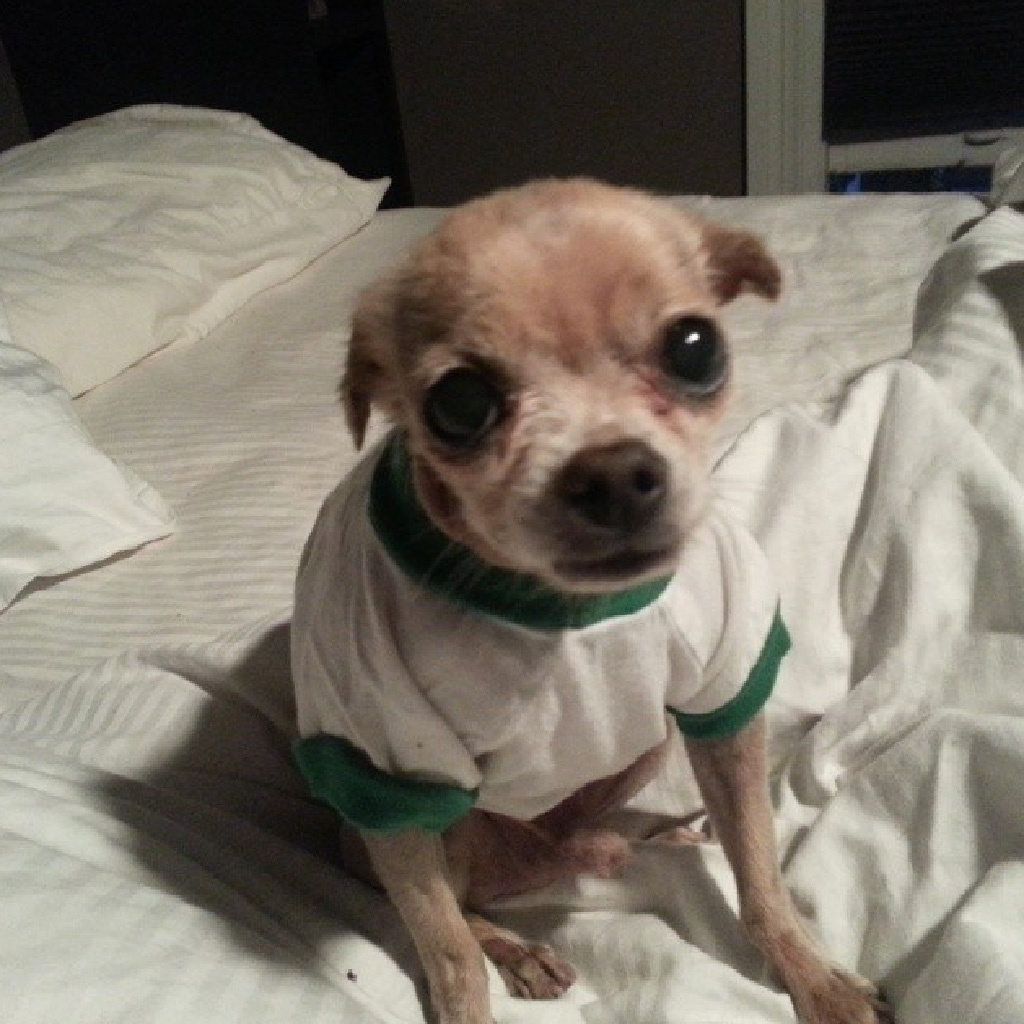 Engelbert had a long list of health problems, but Steve knew that if he didn’t take him, no one else would.

“If you don’t know his story, he was abused by his previous owner and taken by the shelter,” Steve writes of Engelbert. “He had been kept as an outside dog, through the winter. He had frostbite on both ears which had to be trimmed off and he has neurological issues. His back legs don’t work properly, but he’s an unbelievably strong little dog. The love this dog gives is intense. I will catch him just staring at me like he can’t believe his good fortune. I feel the same.” 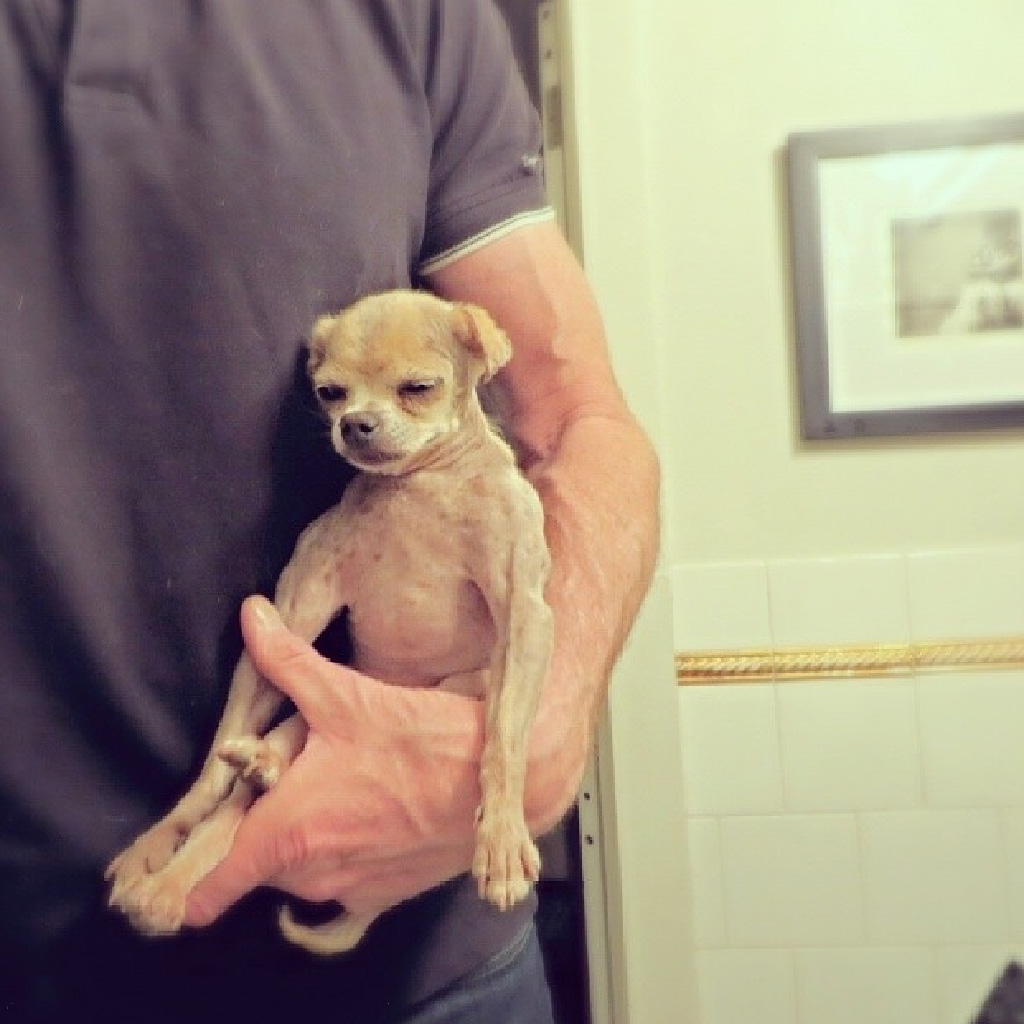 Engelbert arrived at his new home and was welcomed into the family of 6 dogs, one pig, a cat, a rabbit, and other animals. Plus one human. 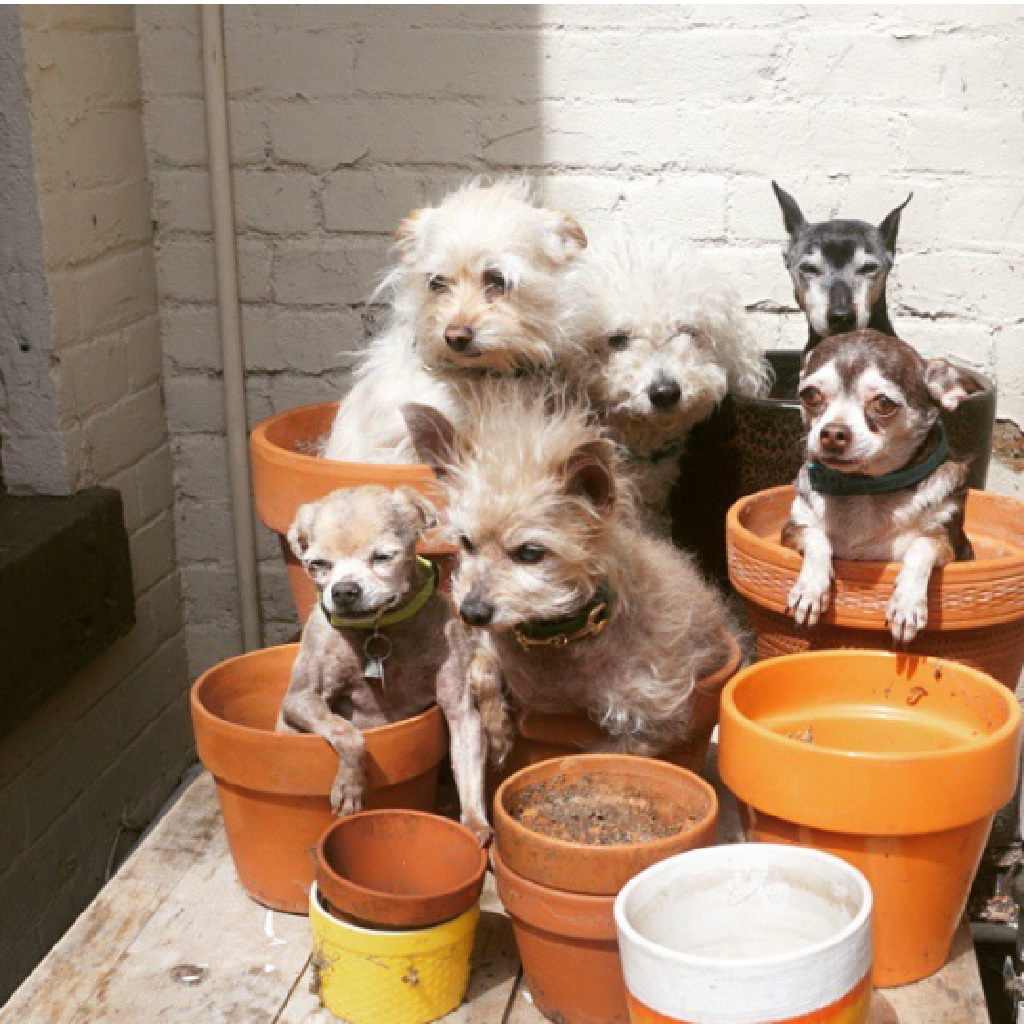 More often than not, Steve doesn’t go looking for dogs to adopt. He’s met some of his dogs just hanging out at shelters, spending time with animals in need, and some of his dogs he happened upon in the weirdest ways. He found Molly while his mom was getting her watch fixed at a jewelry store across the street from a shelter in Florida, and found out about Haven when his ex-girlfriend was visiting her family in Texas. His dogs come from all across the country and make up the cutest, most unique little family ever. 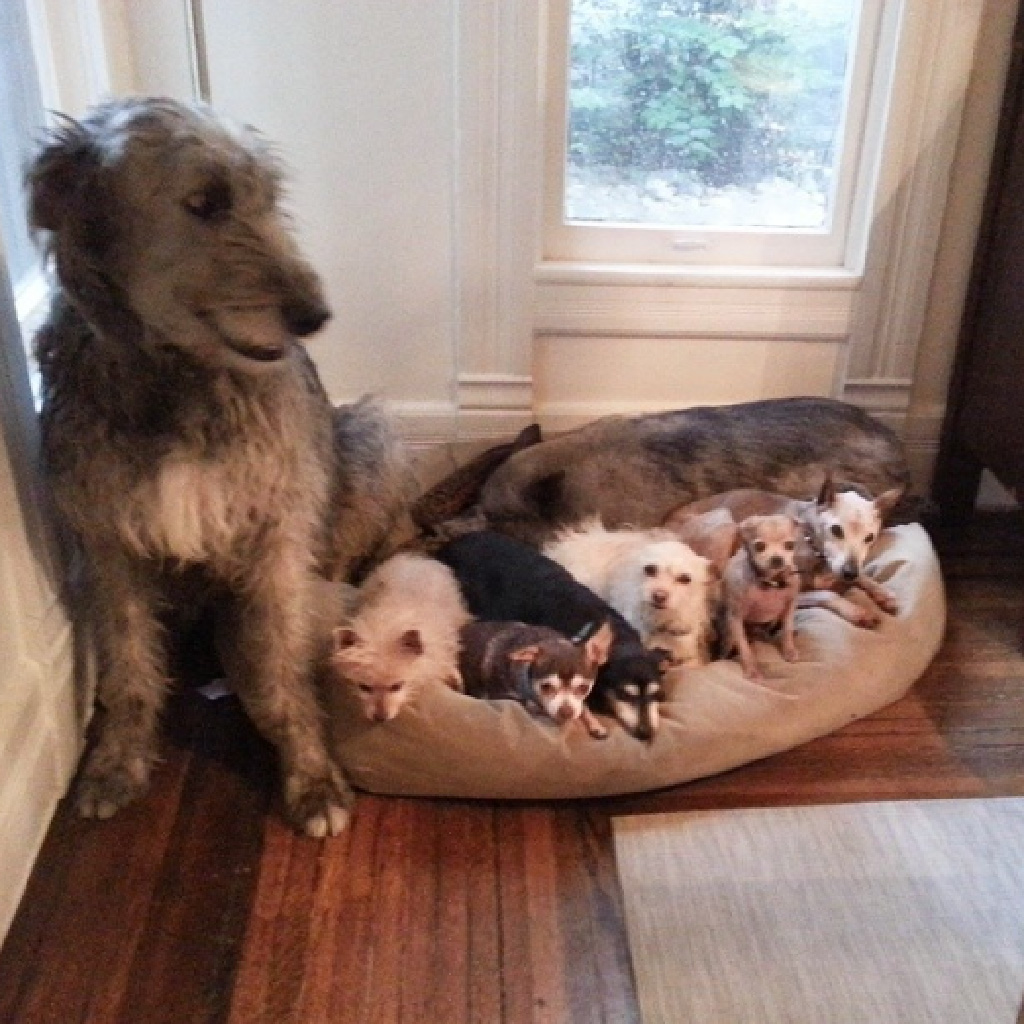 All of Steve’s animals are rescues and as you will see from the following photos, all are adorably loving and get along with one another. 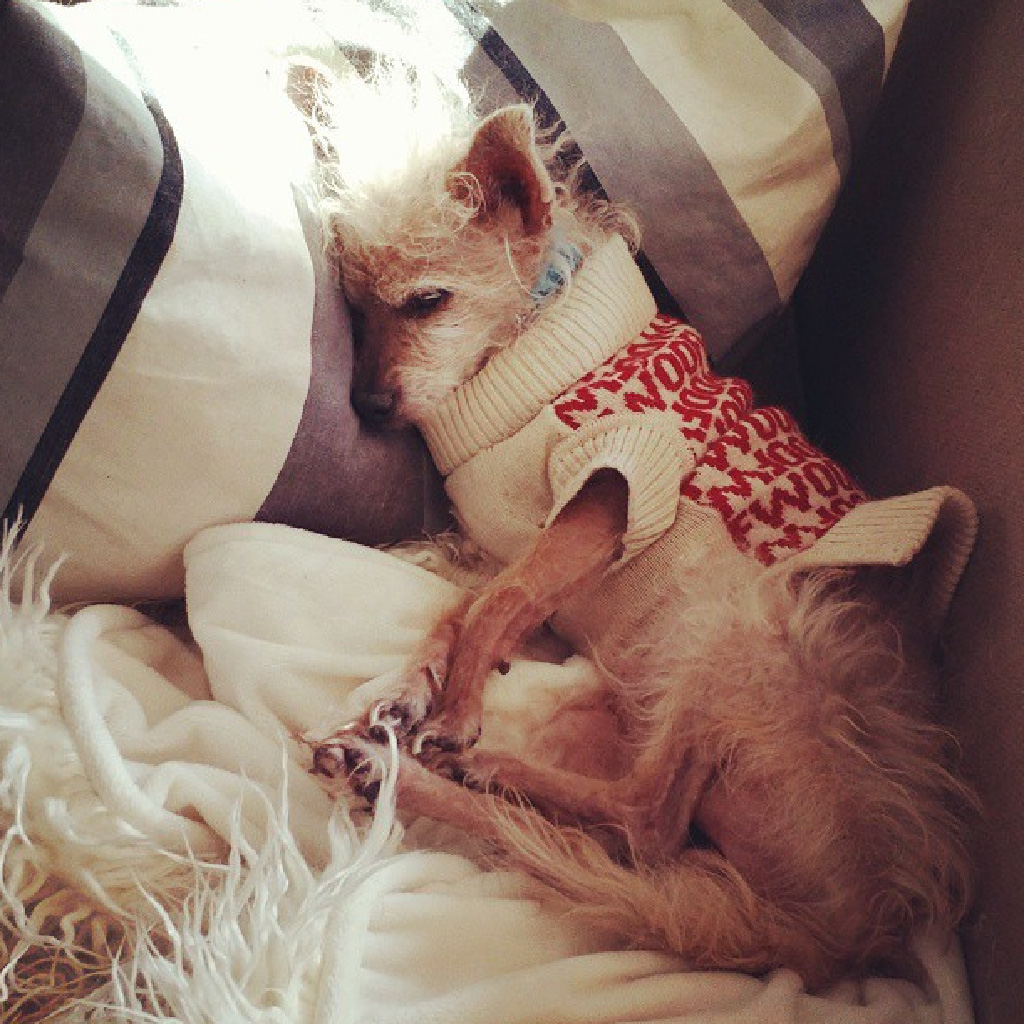