Days are tiring for Jim Kowalczik at the Orphaned Wildlife Center (OWC) in Otisville, New York. Between giving back rubs to Jimbo the 1,500-pound Kodiak bear and playing in the snow with Jenny and Amy, two Syrian brown bears, he could use a little nap. 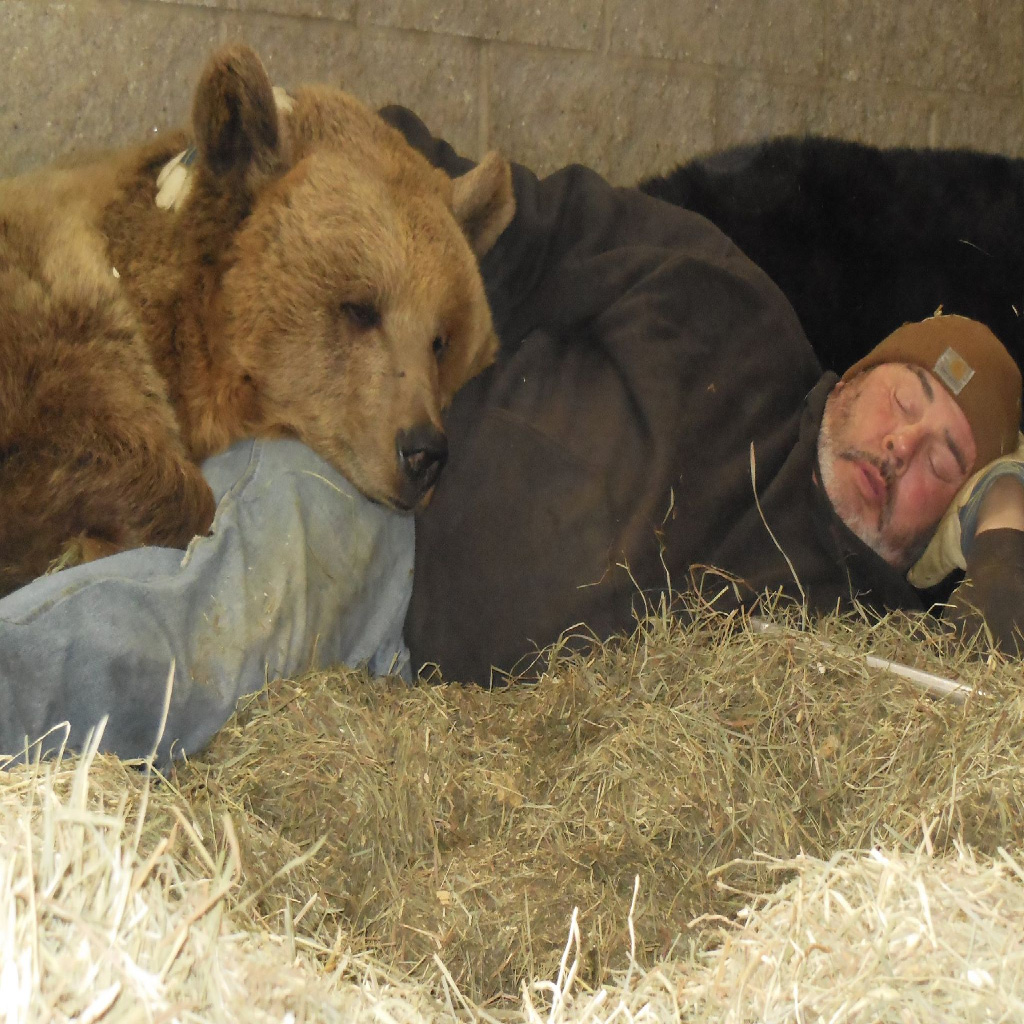 This dedicated animal keeper will do anything to make sure the four bears he cares for are happy. Even if this means you have to sleep next to them. Jim Kowalczik has always loved animals, especially bears, and he has always tried to help and protect them. So, Jim and his wife Susan started The Orphaned Wildlife Center in Otisville, New York. This is where orphaned bear cubs can be cared for and get better. 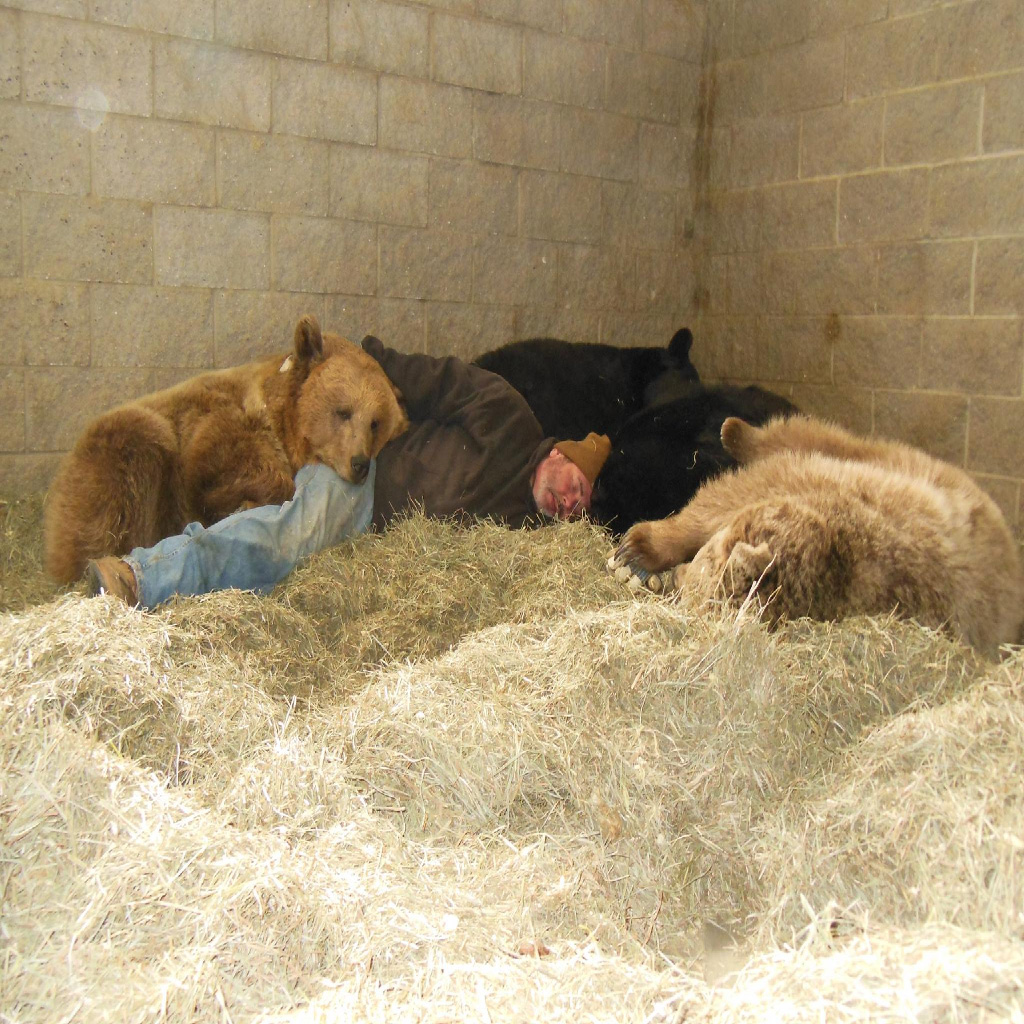 Jim never had such a strong bond with no animal that lived here, as he has with his four favorite bears. His days are full and tiring, between giving back rubs to Jimbo, a 1,500-pound Kodiak bear, and playing with Jenny and Amy, two Syrian brown bears, he needs a nap every now and again. 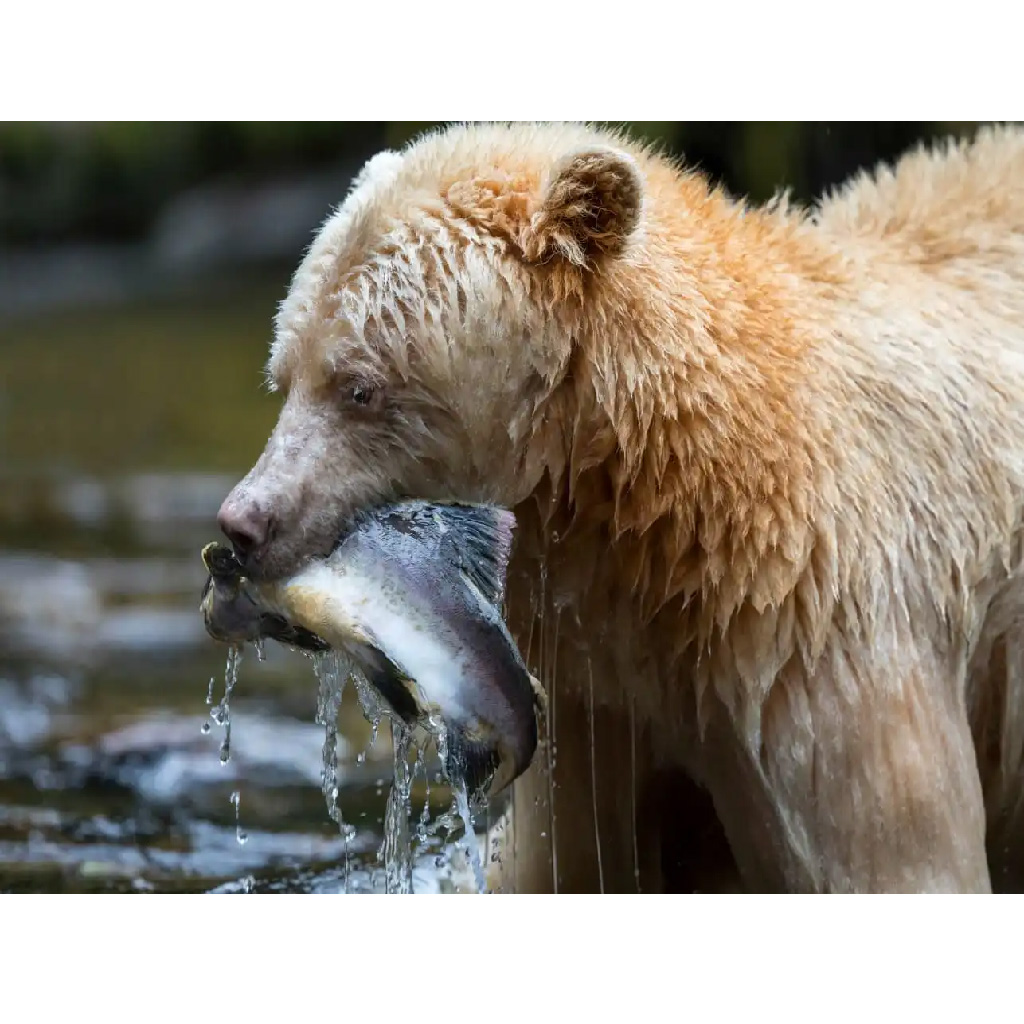 Jim even takes naps with them to make them feel more at home. Heartwarming pictures show this kind man sleeping with his four big friends while they all sleep together. When Jim and his furry friends are together, they don’t just sleep next. They also do a lot of fun things together. 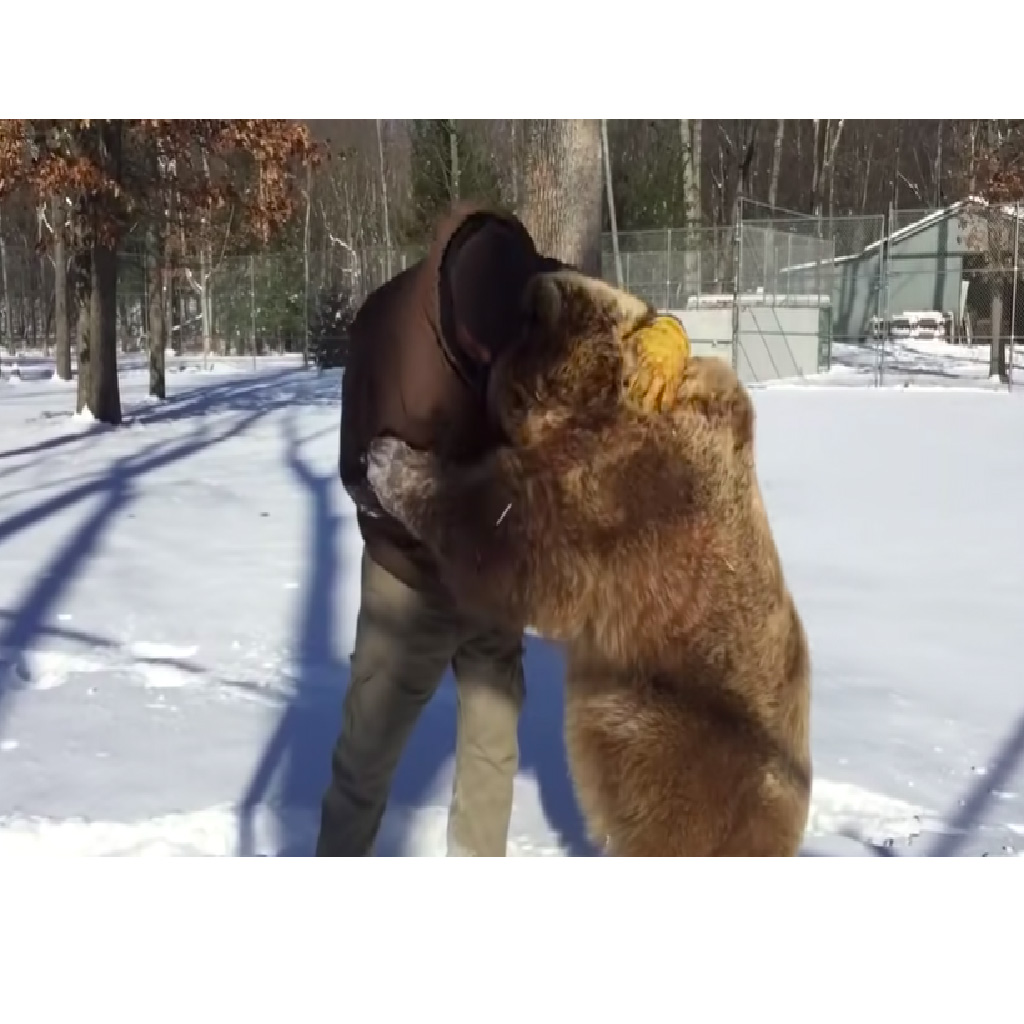