We’ve had a tough week/month/year/general existence, and sometimes we just need to look at a ridiculously cute animal to get us through it. 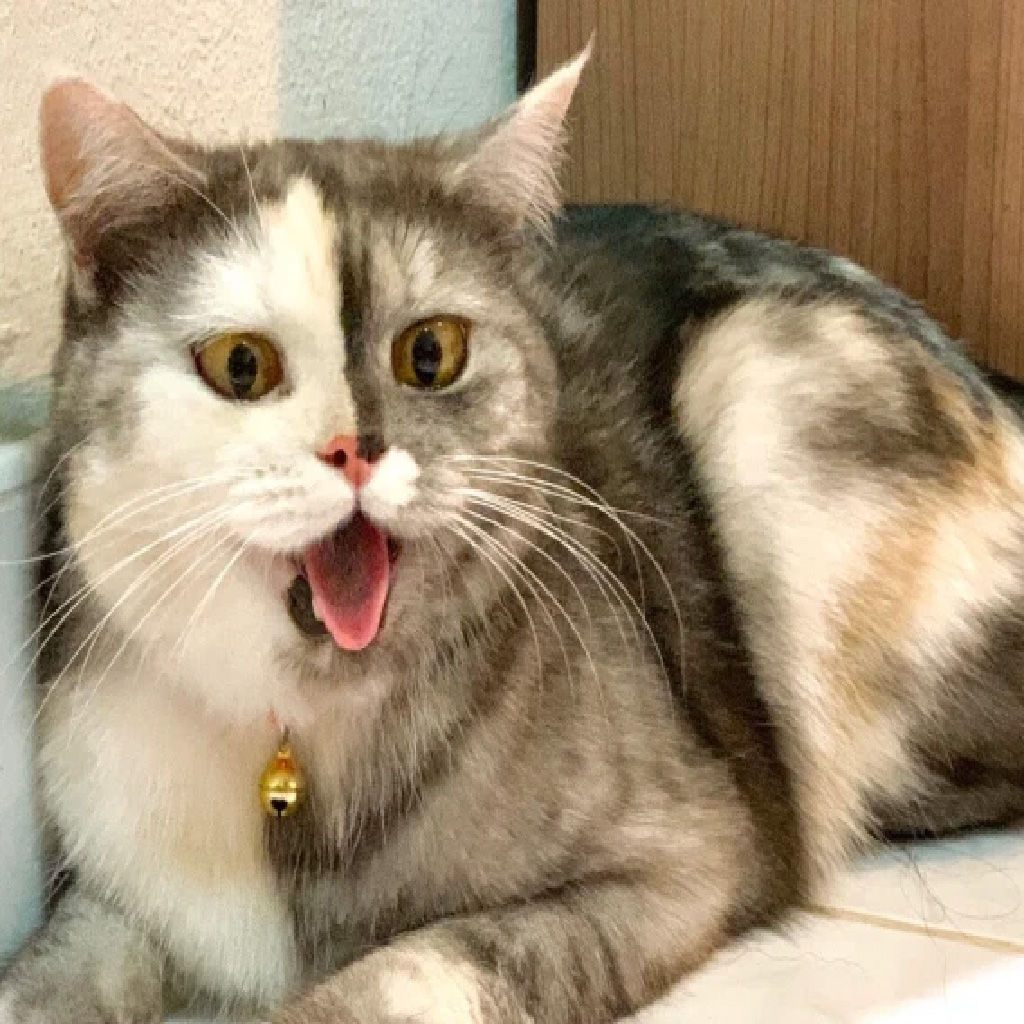 The purrfect furball comes from Thai lan and is stealing everyone’s hearts with her striking two-sided face. Her name is a rather straight-forward one—it’s “Cat.” 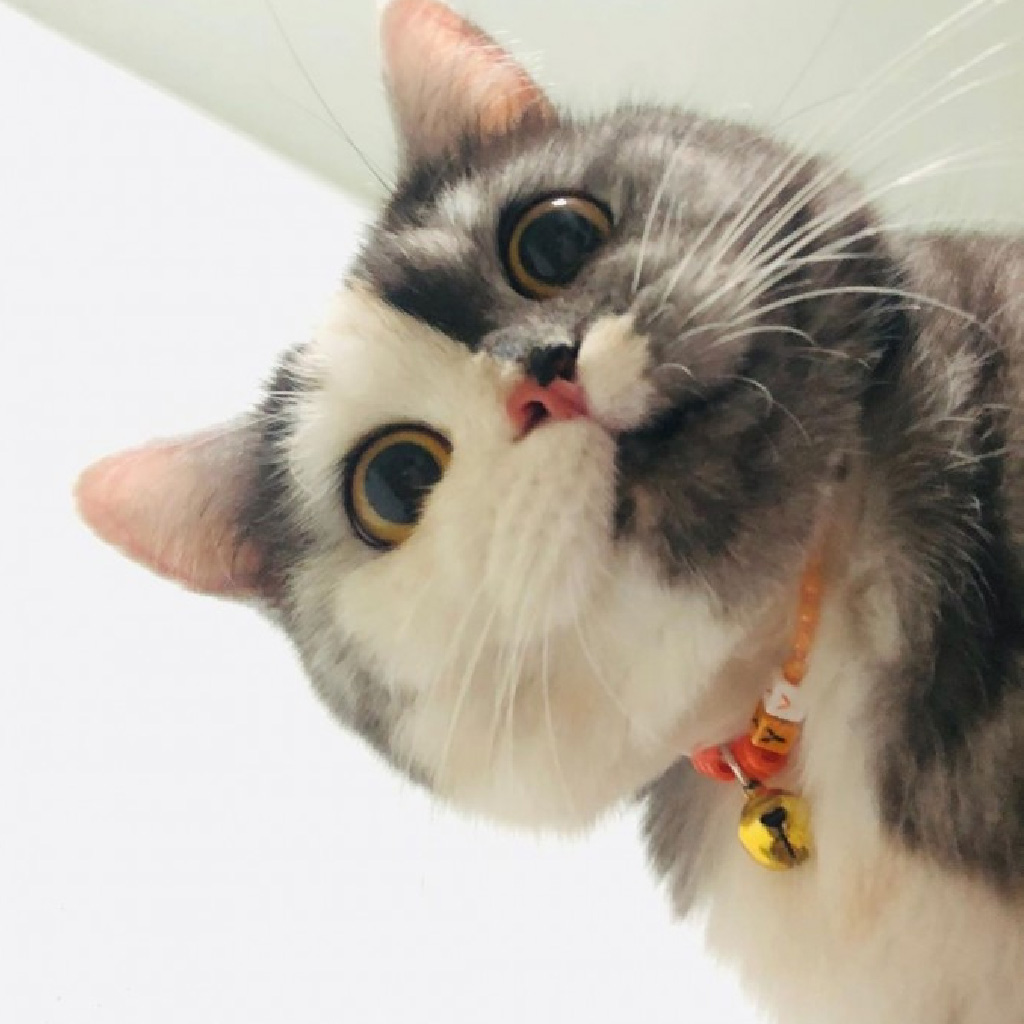 But the owner has a point: “Cats call themselves cats,” says their Instagram bio. Plus, Cat’s favorite snack is toilet paper, a fact which should hit close to home for many feline owners. And her closest friend is said to be a cockroach, a random choice for friendship, but hey, who am I to judge?! 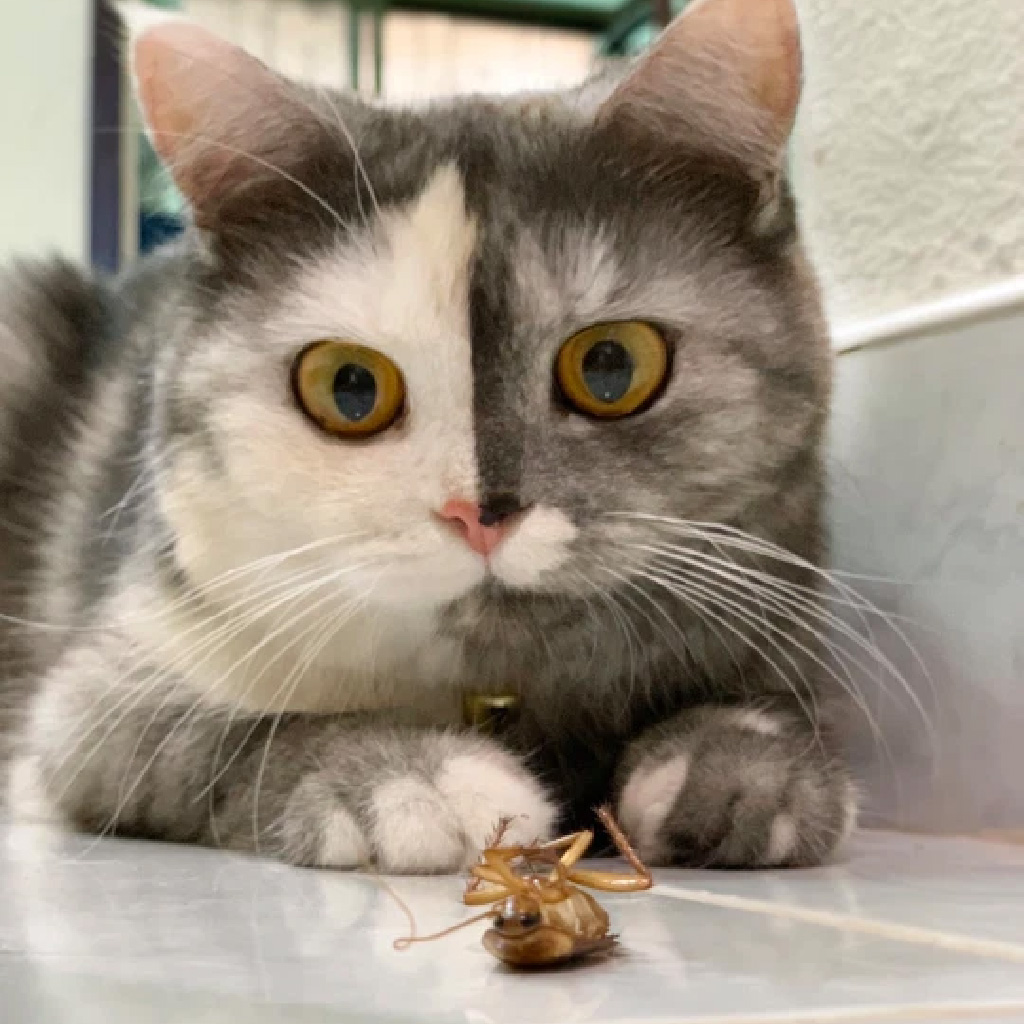 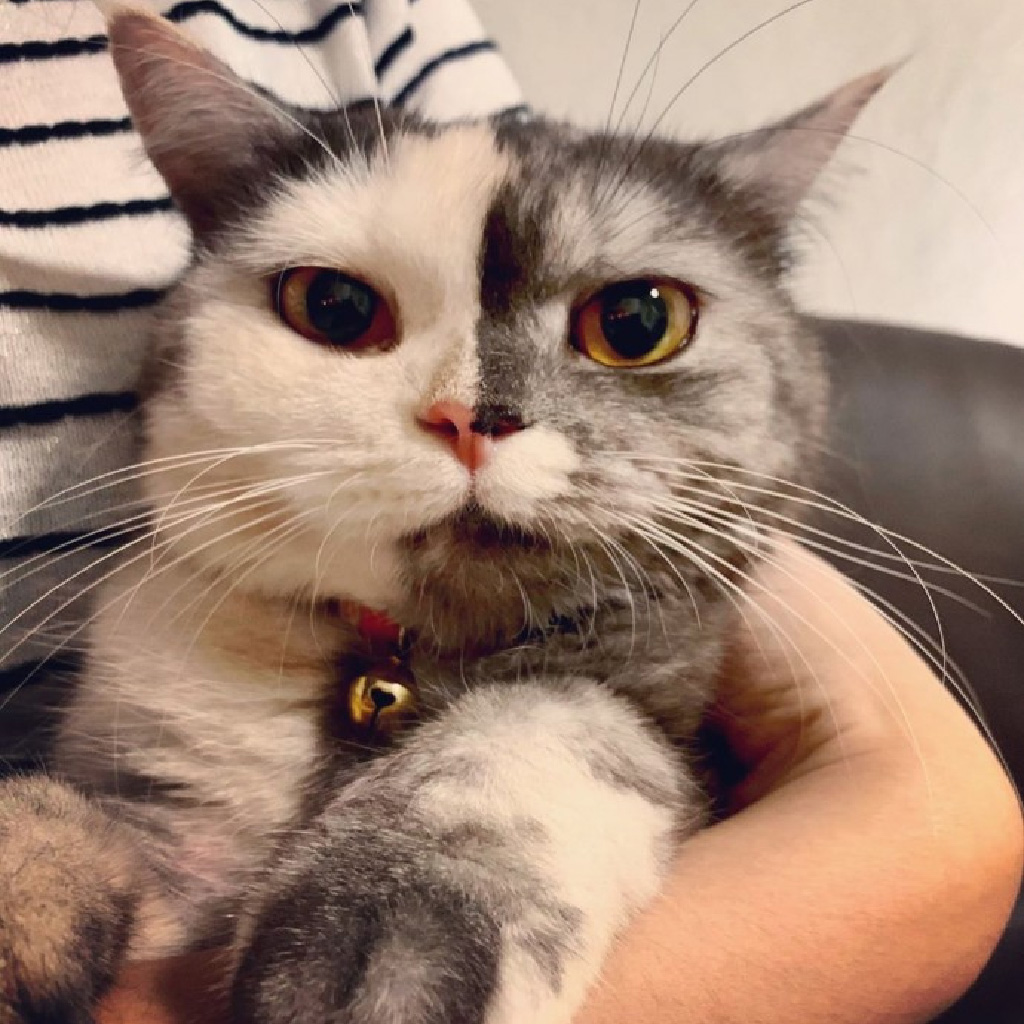 The gorgeous little cat lives in Thailand with her owner, a 27-year-old business owner named Eve, and has been blessed with a very special appearance; he is what is called a chimera cat, and one half of his face is cream-colored, while the other half is gray
Cat’s two-sided face makes her quite unique, her double-colored features are most likely a result of genetic chimerism, which is produced by the merger of multiple fertilized eggs. 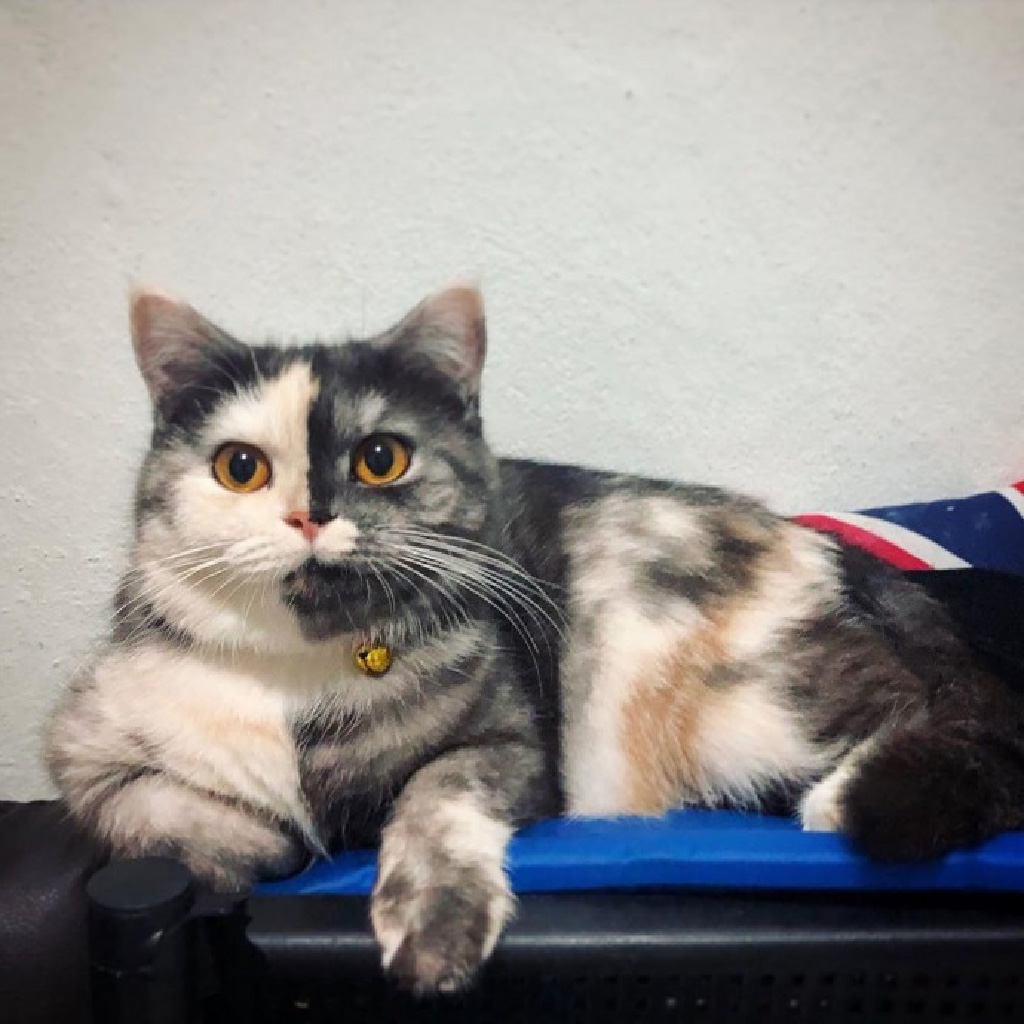 Eve adopted Cat when she was three months old, back in November 2018, after falling in love with her ‘cute pink nose and tongue’. Now one year and nine months old, Cat has quite a few quirks.

Cat loves hunting cockroaches, so they may not be very close friends after all. “She’s a crazy cat and she loves toilet paper.” Eve said she’s forced to hide the toilet paper supplies ‘cause it makes Cat go absolutely crazy. 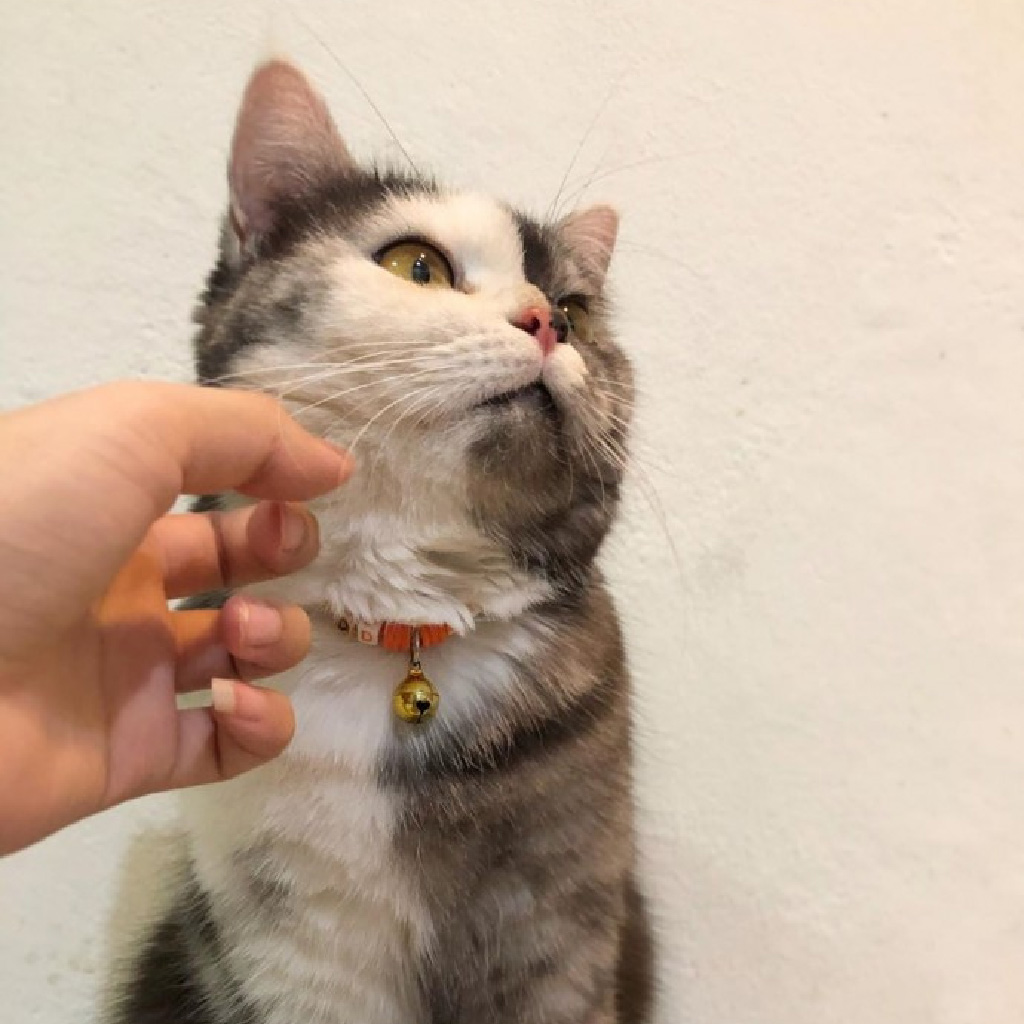 The love for toilet paper is so big that her owner said that if Cat could speak, she would most likely say: “My fans, if u love me, send me toilet paper!” Take notes, everyone! 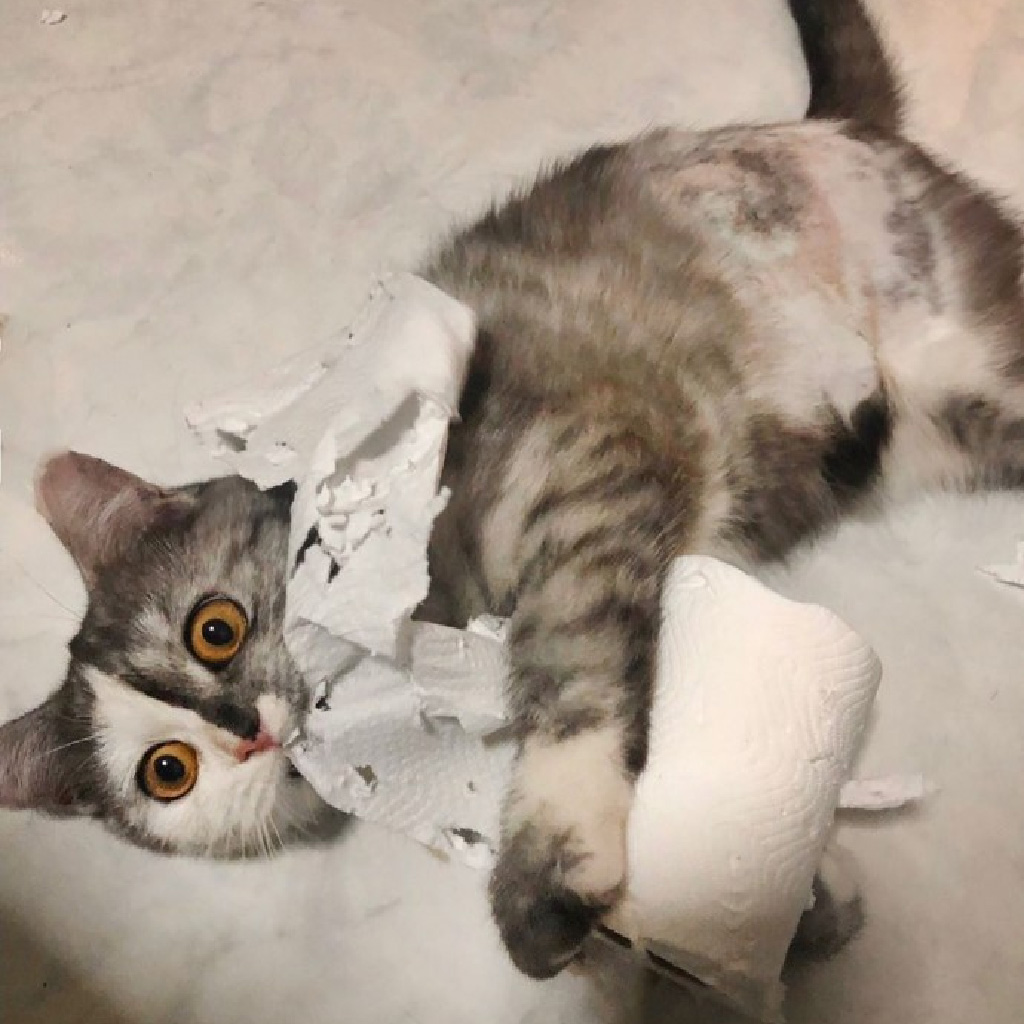 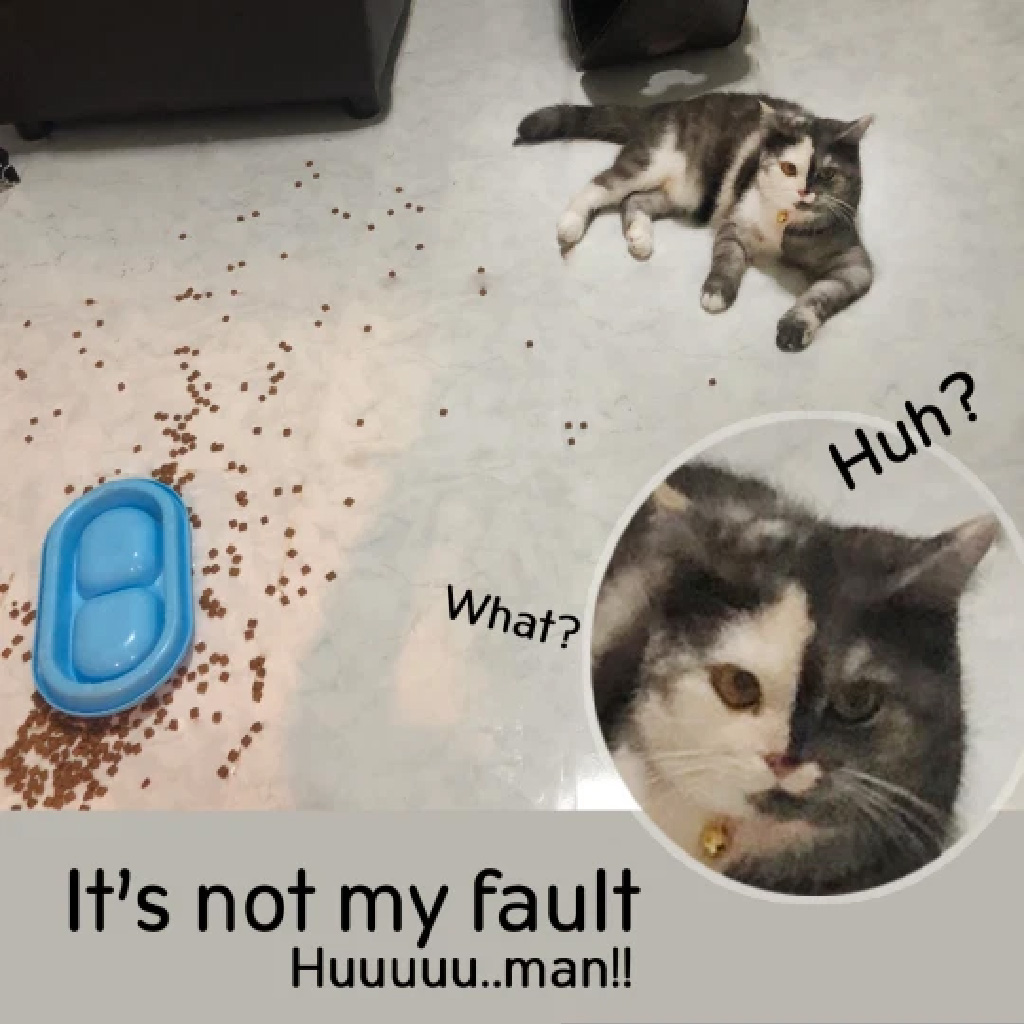 Meet ‘Madame Eyebrows’ The Saddest Dog On The Internet Play Hide And Seek, Dog Gets Confused When Noticing His Owners In The Mirror