Last year, we were heartbroken to hear about the passing of Grumpy Cat. Grumpy Cat, whose real name was Tardar Sauce, famously stole all our hearts with her irresistibly grumpy face and we’ll always remember and cherish the joy she spread.
No one will ever replace Grumpy Cat, but a new kitty has captured the Internet’s attention that deserves to be among the world’s angriest felines. 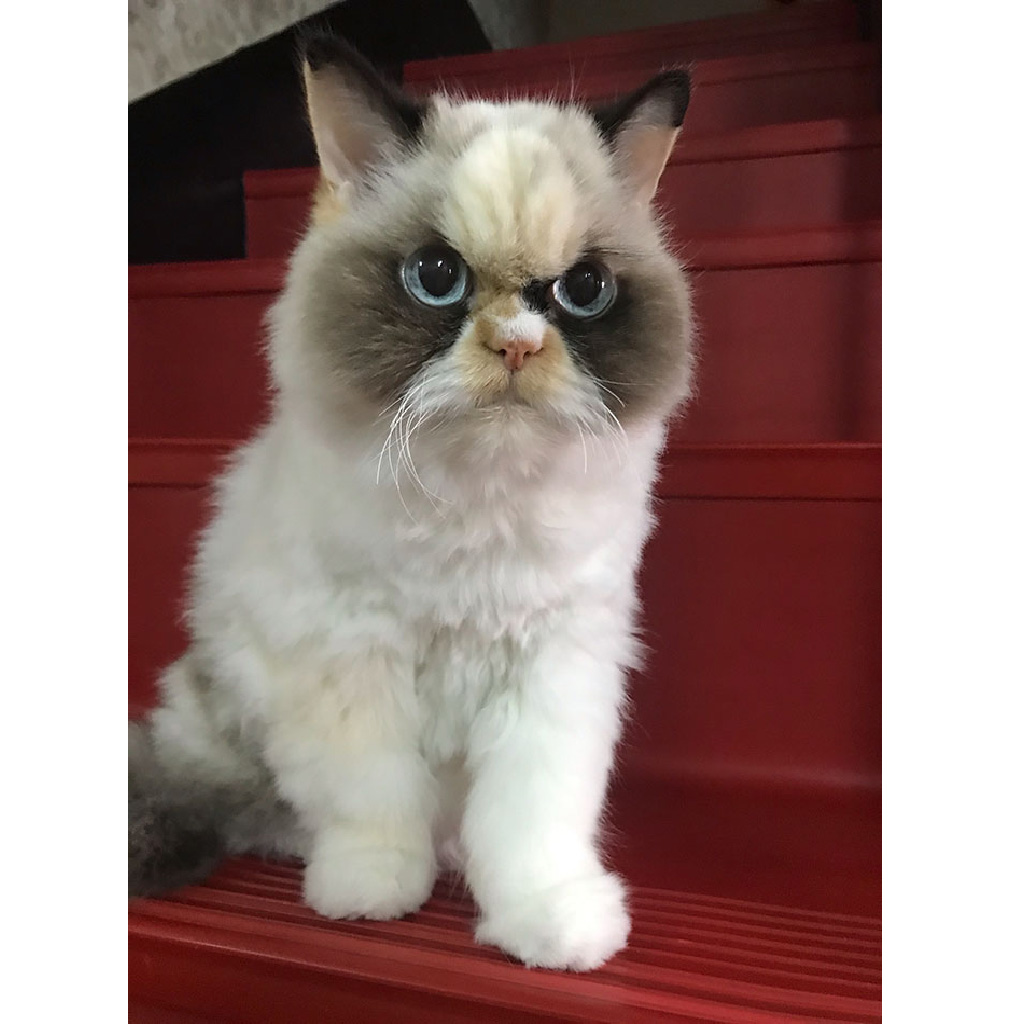 Meet Meow Meow, a giant fluff from Taiwan. Her owner said Meow Meow is also very elegant. For example, the adorable cat had kept her grace even when she stayed at the hospital for her hyperthyroidism treatment. Now that’s class. Of course, she still hated everyone and everything throughout her visit, but that’s what is special about Meow Meow. The new grumpy cat expresses her disgust for the world with such dignity, she’s definitely one of the smoothest kitties out there! 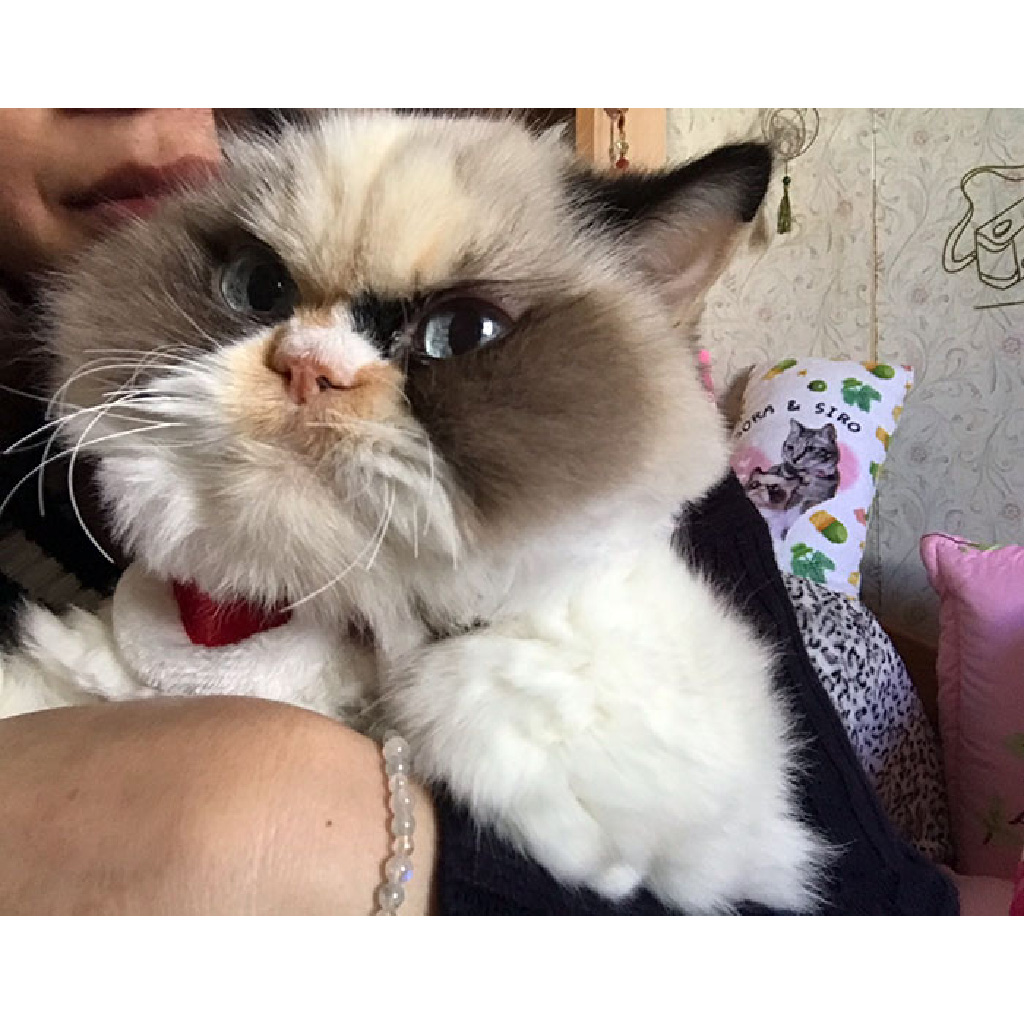 She expresses her disgust for the world with such dignity, she’s definitely one of the smoothest kitties out there!

“I met her at an old pet shop,” Meow Meow’s human, Clare, told Bored Panda. Interestingly, she said her pet was probably born even before the late Grumpy Cat. “Her ex-owner abandoned her for some unknown reason. She was 10 months old at that time, so I and my younger brother took her to our house and she became my first cat.” 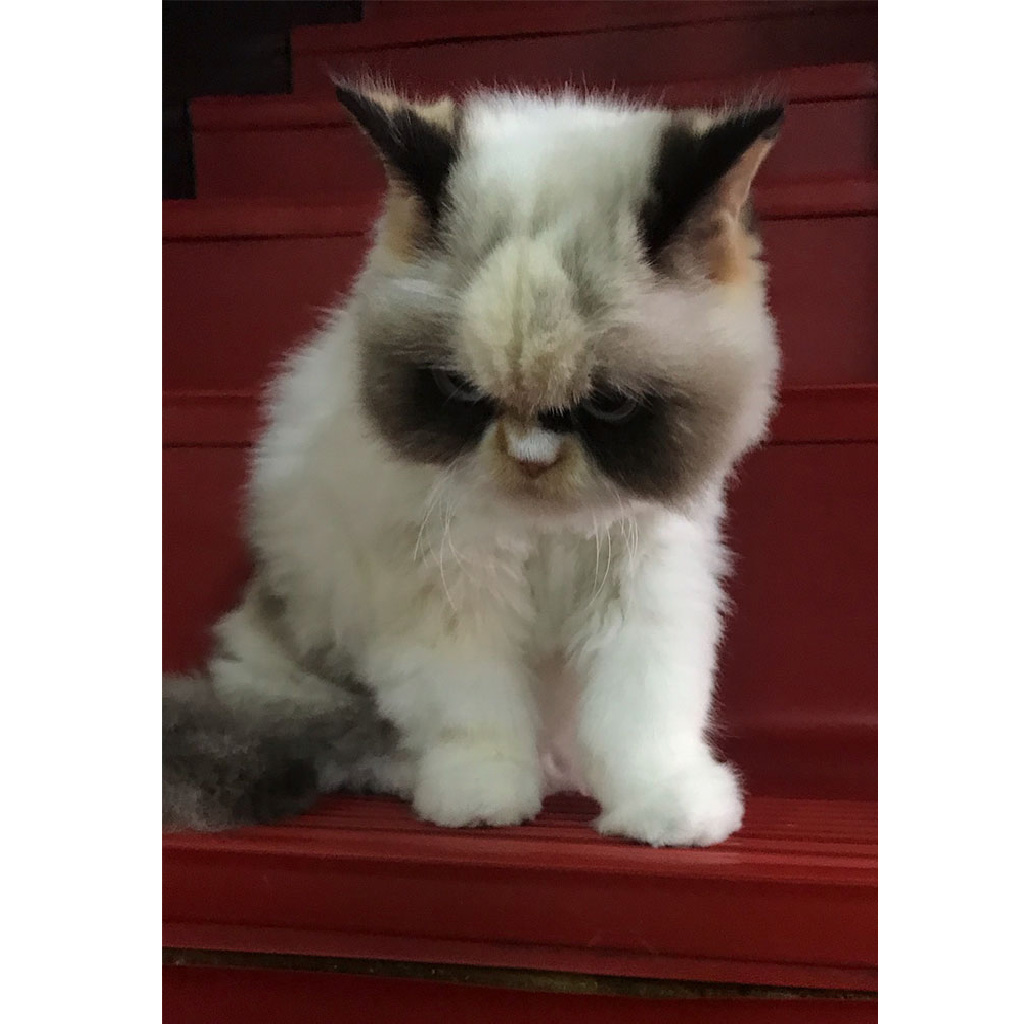 Clare said that despite her grumpy look, Meow Meow is very sweet. “She massages me using her paws to wake me up every single day.” 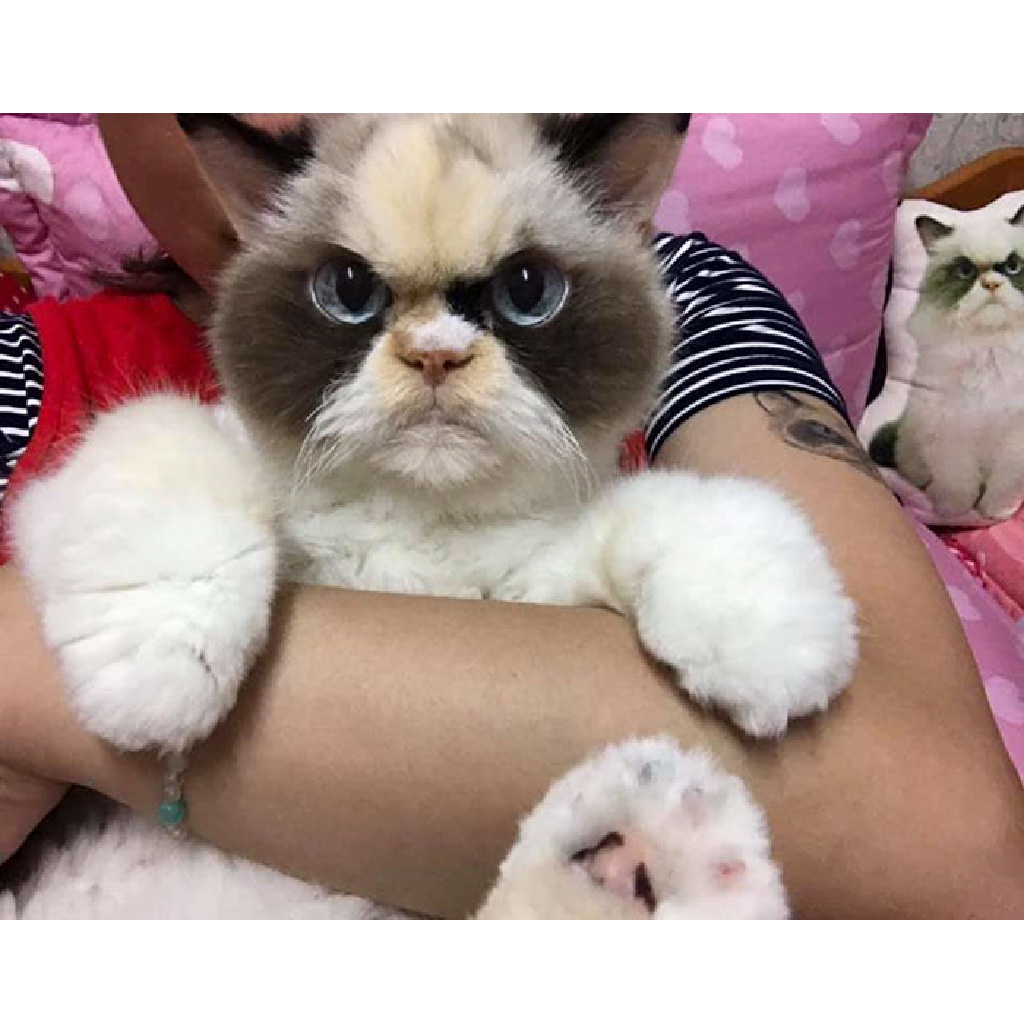 Meow Meow wakes up very early and if her message doesn’t get Clare out of bed, she starts nibbling her owner until she gets her breakfast.

“After the meal, she washes and jumps onto one of her favorite places near the windows to watch the birds. Sometimes she even draws the curtains all by herself just to sit down and get a better look.” 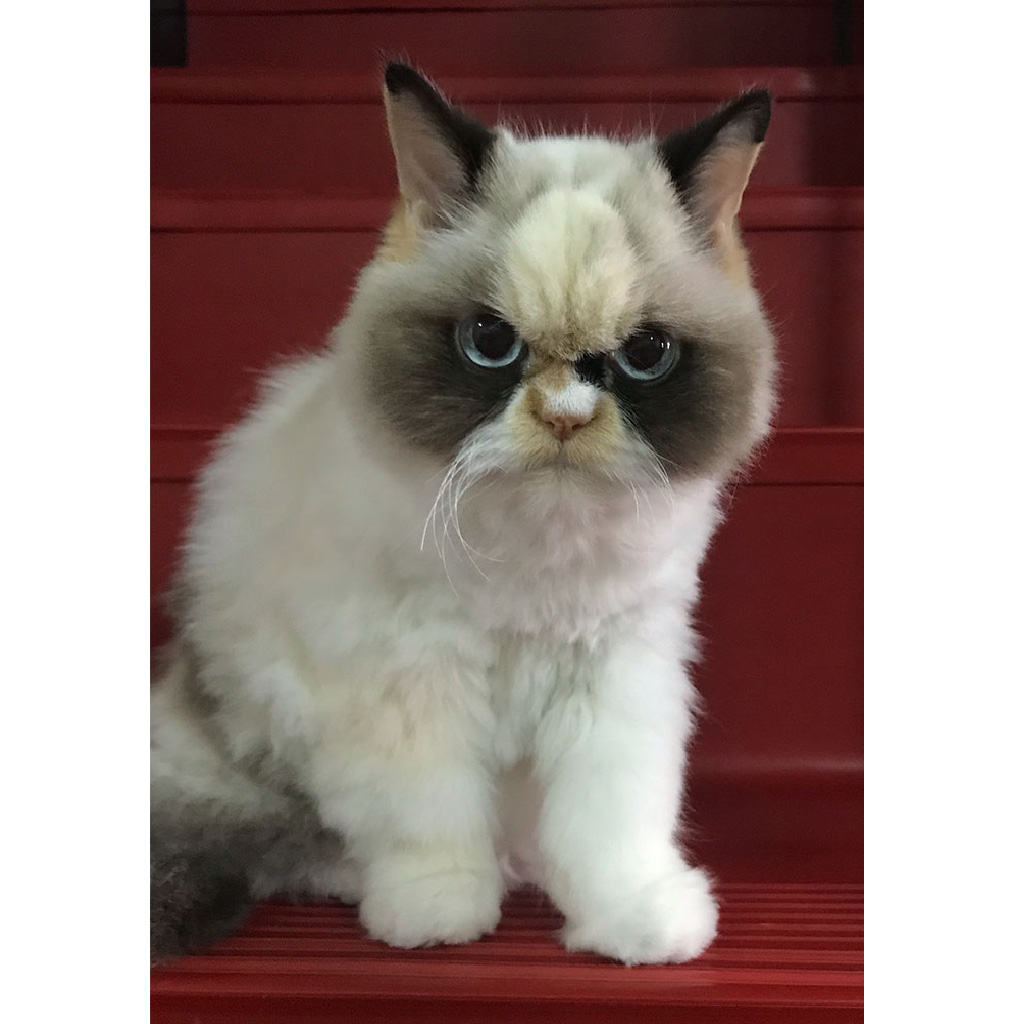 ‘Even when I take a picture of her and she looks at me, I find her very gentle,’ Clare said. ‘I even dressed her like a princess once, but my friends saw her and told me she looked more like a queen.’ 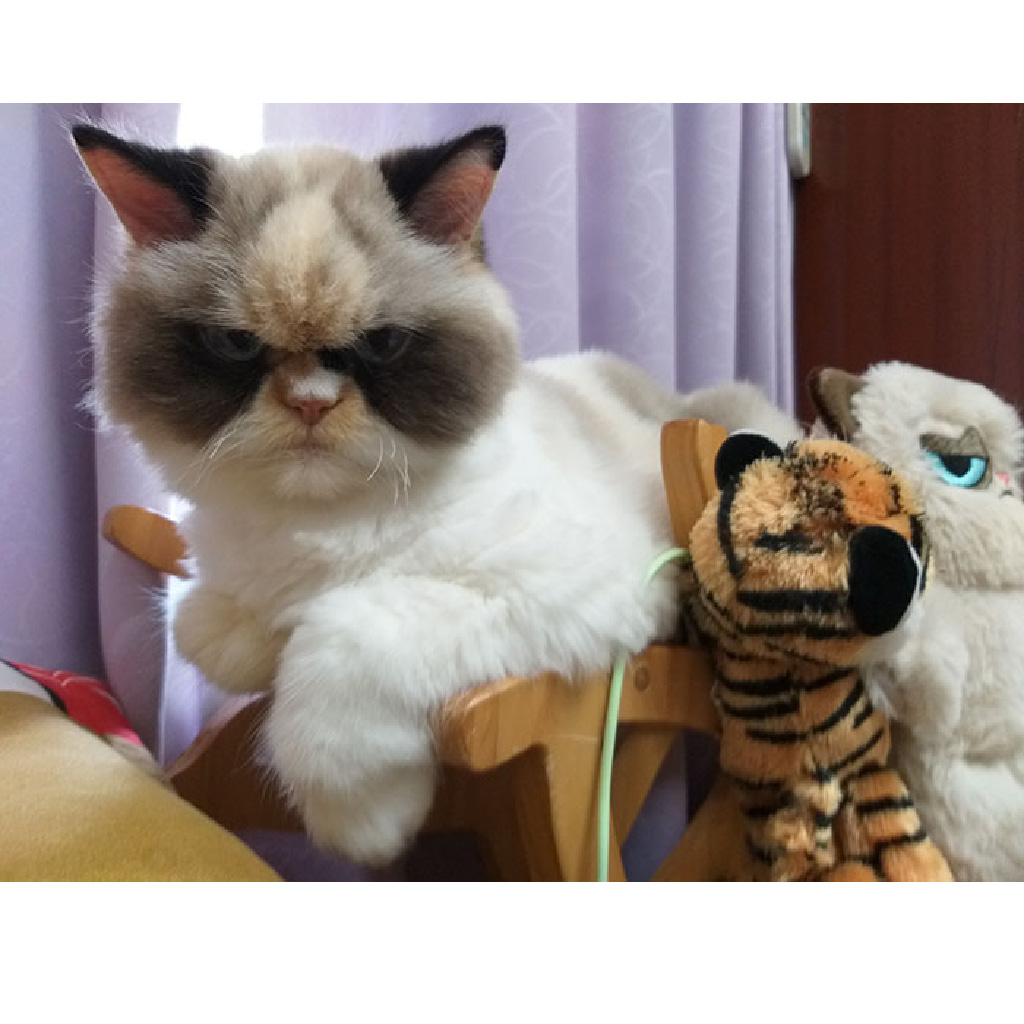 However, the badass feline is quite picky when it comes to food and only likes one particular type of canned cat food. “She’s tried nearly everything but she only likes that one,” said Clare. 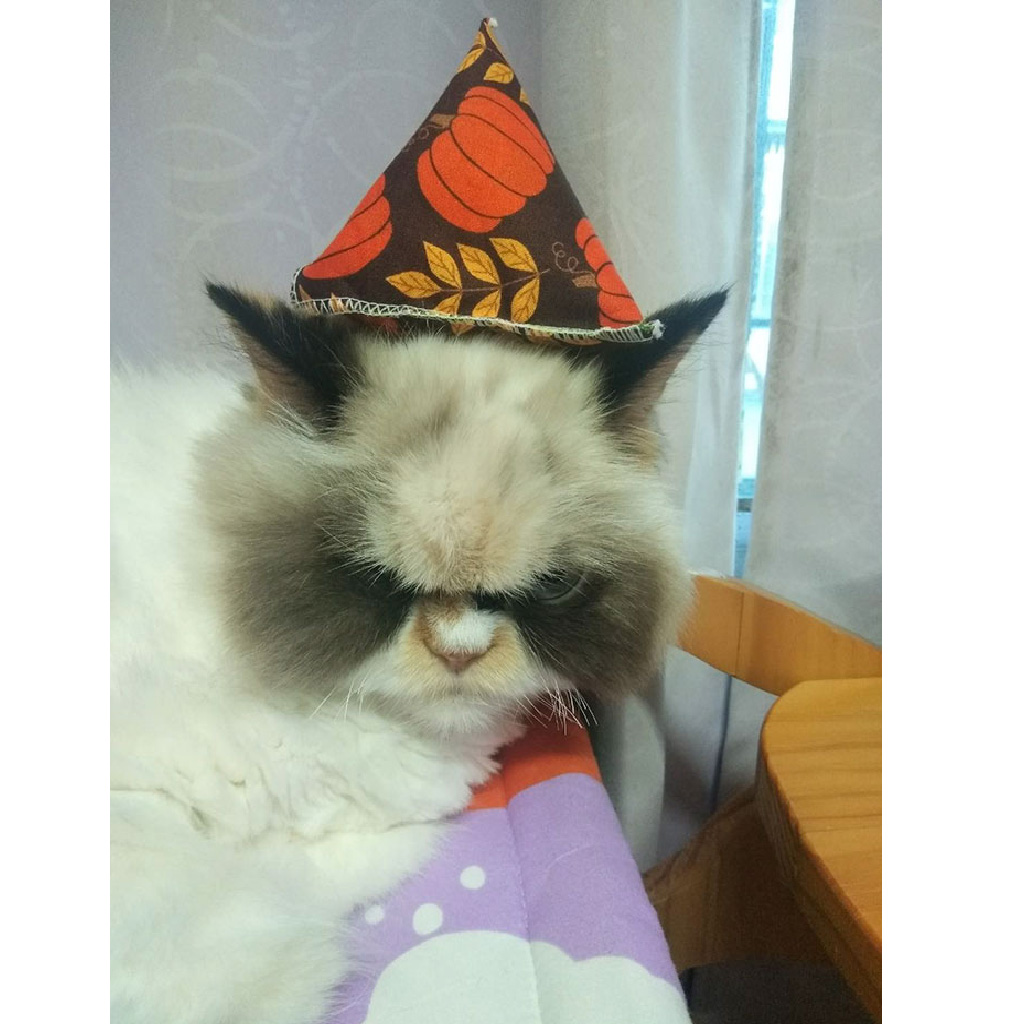