It was a match made in heaven found in the unlikeliest of animals,
This is one of the most adorable animal friendships that we’ve seen in a long time, a 9,000-pound African elephant called Bubbles and an abandoned black Labrador dog called Bella have become the best of friends, and can often be seen playing in the water together. 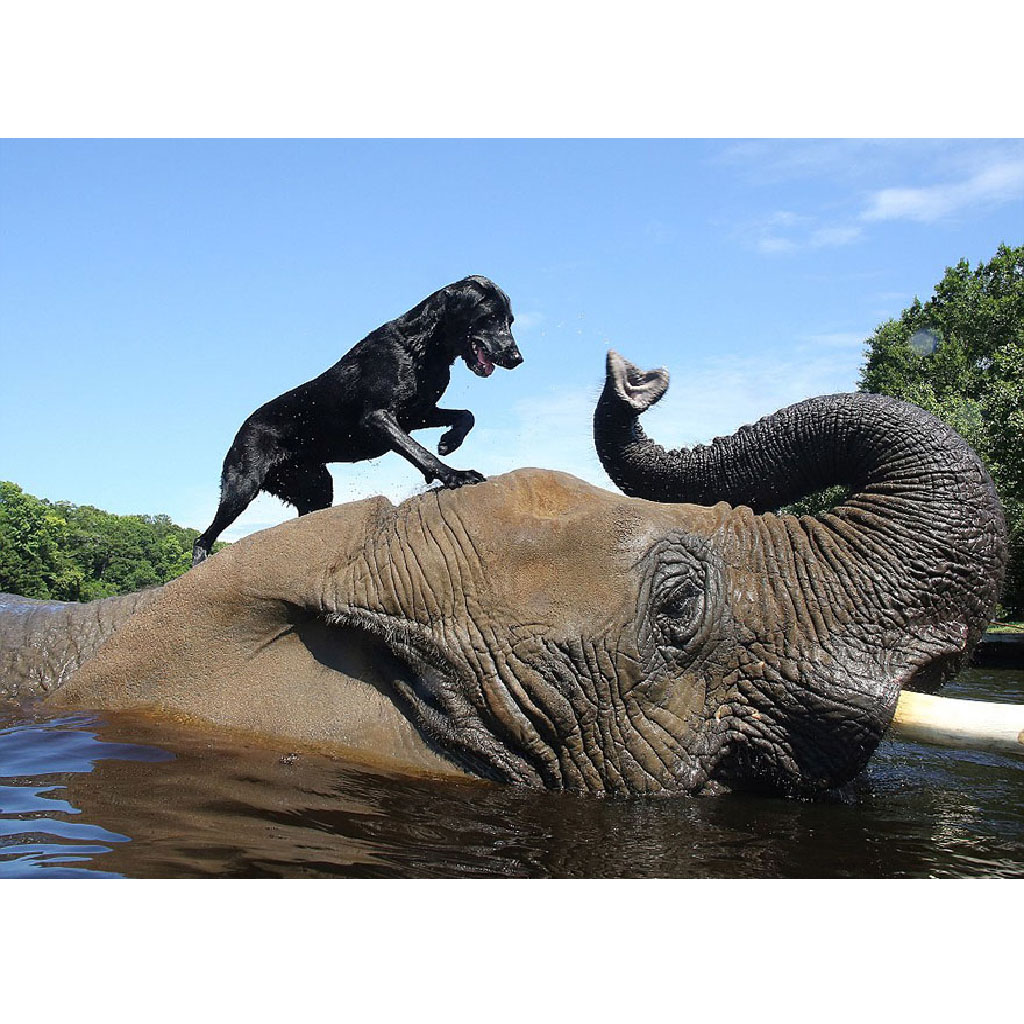 Bubbles came to the sanctuary in 1983 after ivory poachers left her orphaned. Meanwhile, Bella was abandoned by her owner, a contractor who was working on a pool at the sanctuary in 2007. It wasn’t long before the two formed a special bond and now spend most of their days playing together on the 50-acre preserve. 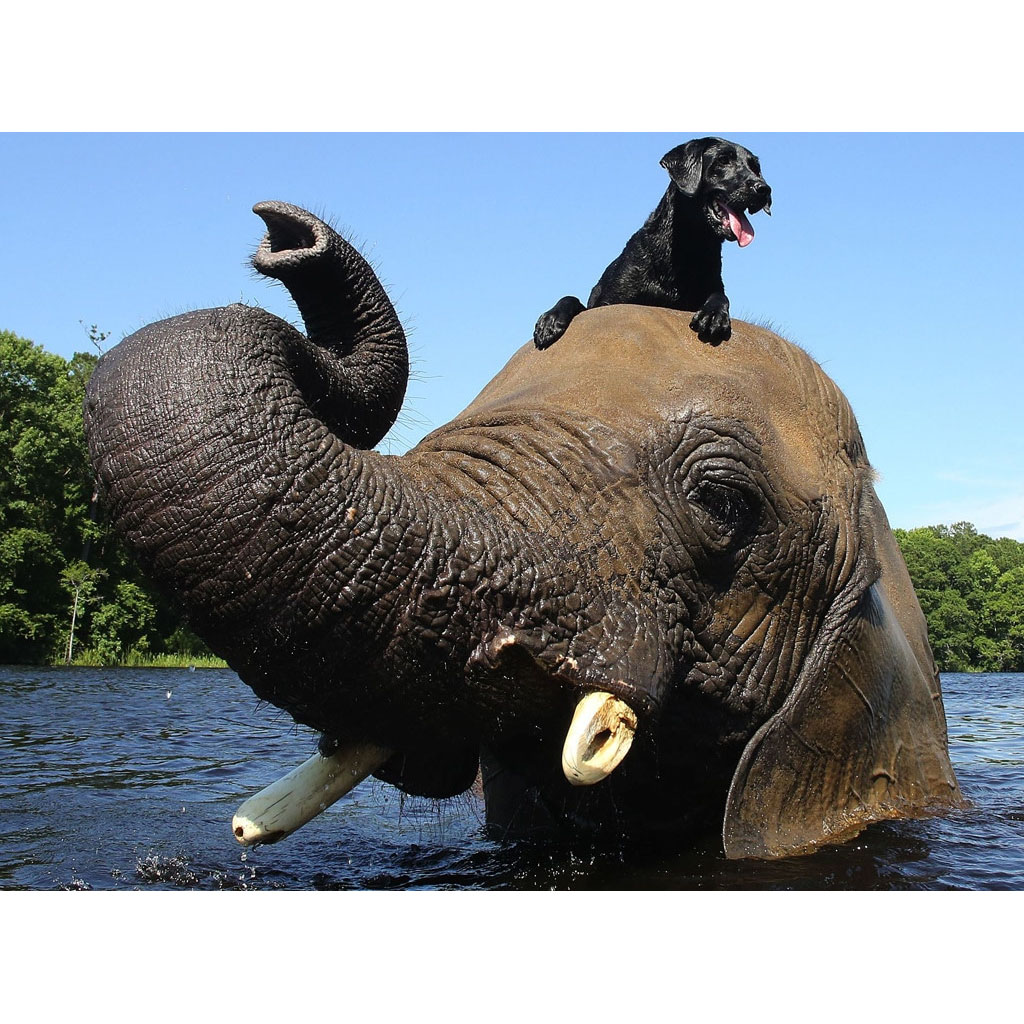 A press release issued by the park in 2013 said: “Bella doesn’t seem to mind that her best friend is a movie star — the elephant has appeared in Ace Ventura: When Nature Calls, a Janet Jackson music video and several advertisements. 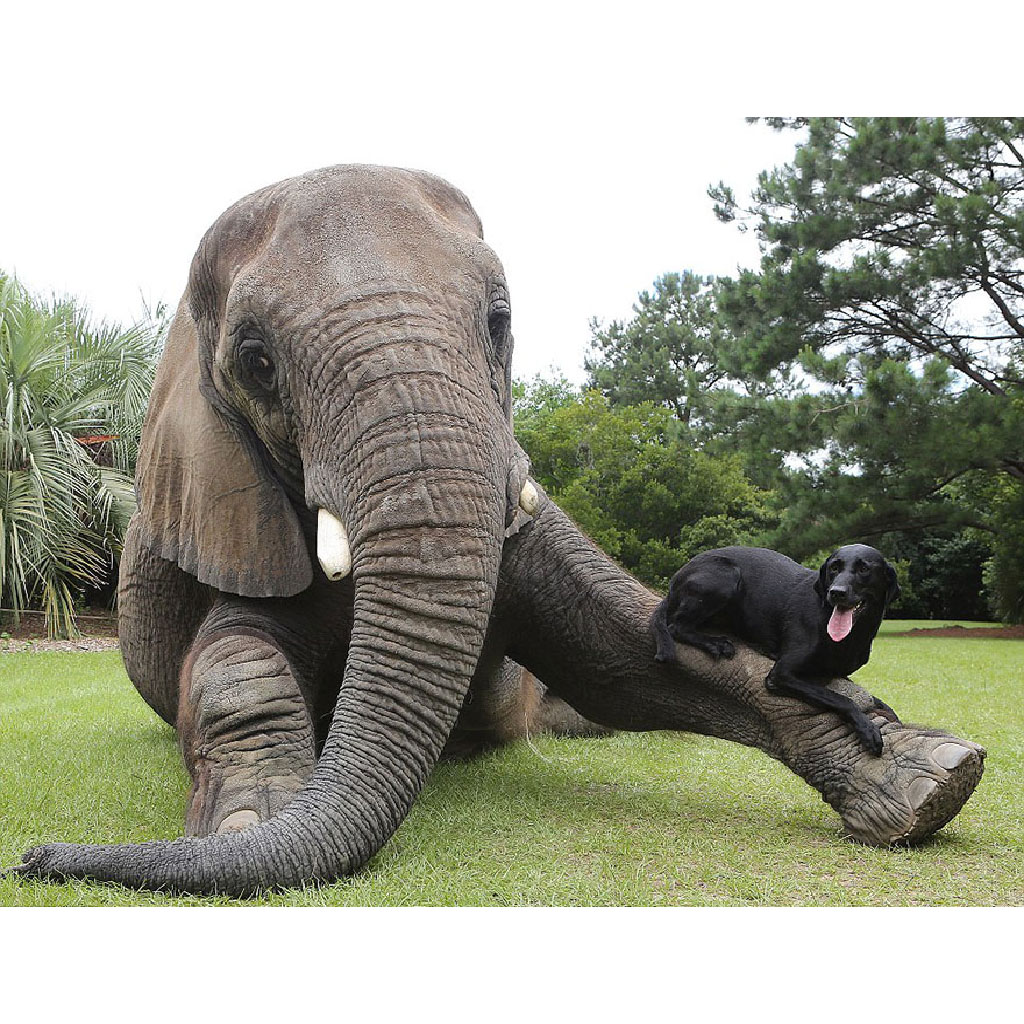 Photos shared of the unlikely duo show them playing together on land and in water. They even play ball together! In at least one photo, Bella has climbed onto Bubbles’ back! In another photo, Bella launches herself from the elephant’s head while playing. Bella is definitely the more energetic of the two; Bubbles tends to be more laidback than her canine friend. But despite her size she’s nothing more than a gentle giant with her best friend and throws balls with her trunk that Bella jumps off her back into the water to retrieve. 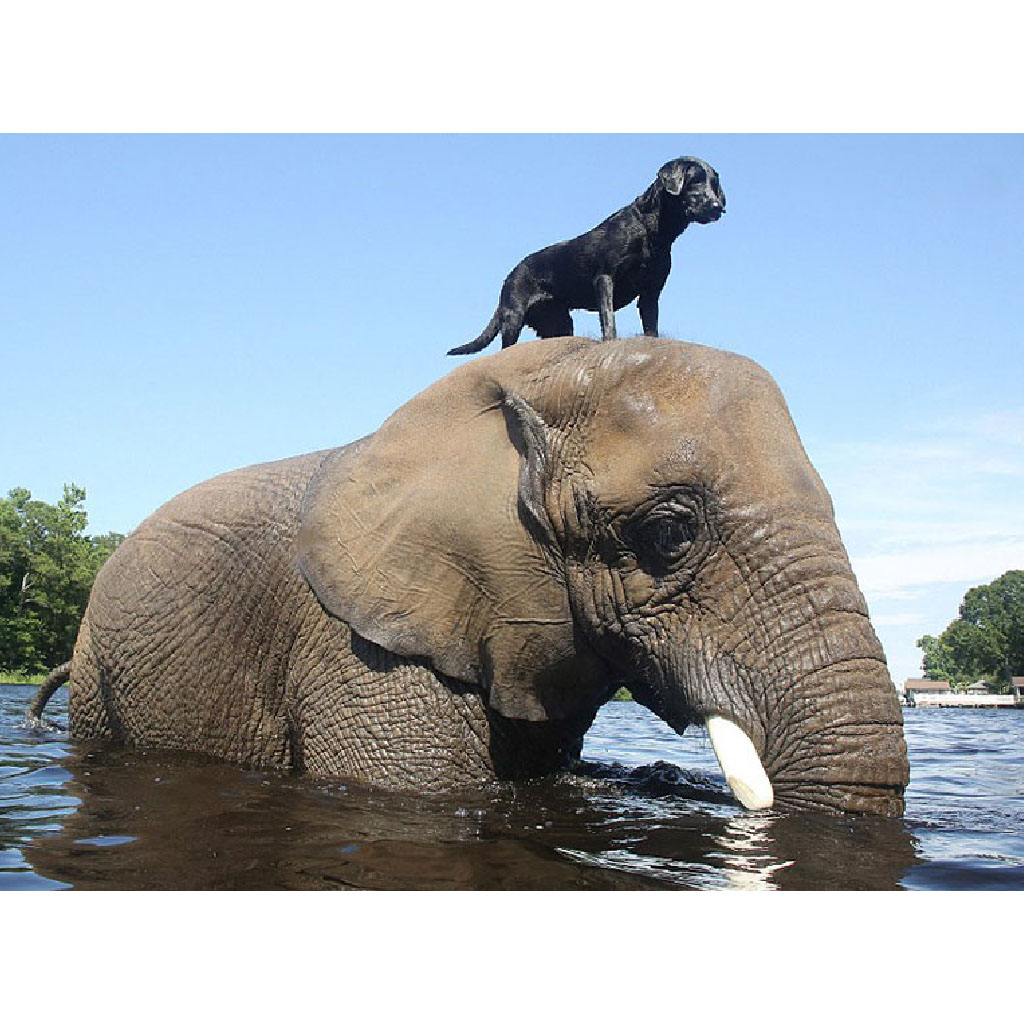 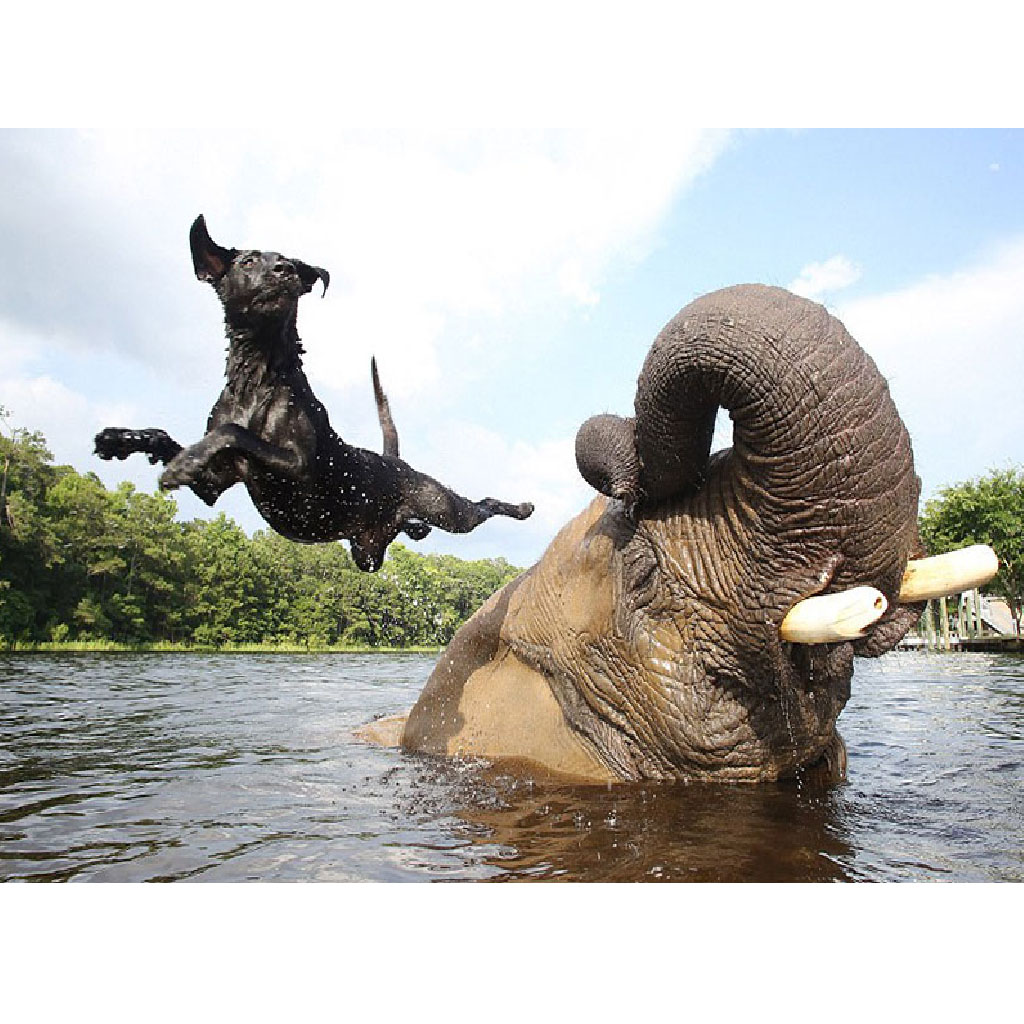 As the pair grew famous, they were even featured on Good Morning America. As a mascot for the reserve, Bubbles helps to raise funds for conservation efforts. 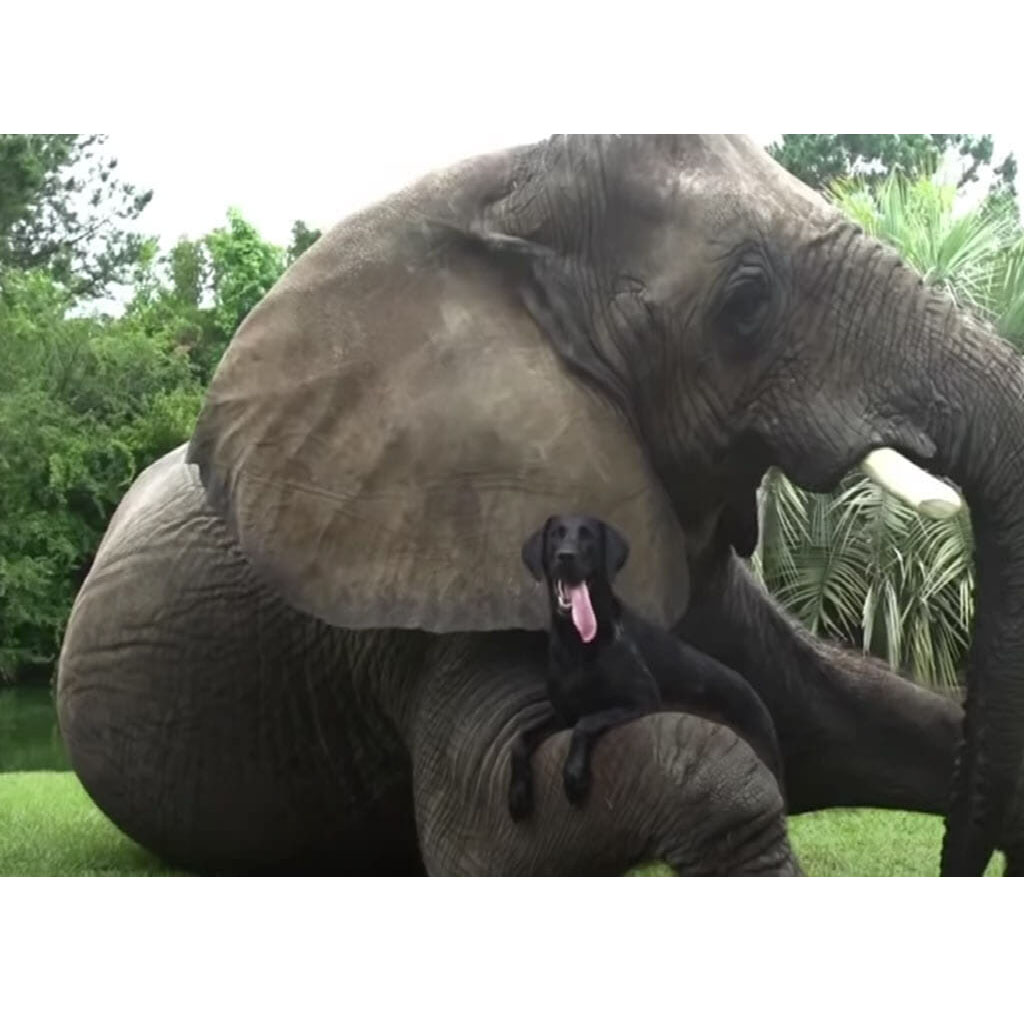