Owls are nocturnal, plus their camouflage is great, which means getting a chance to photograph an owl like this is truly rare. Scott Dere, the guy posing in the photo lens pic, ended up posting the pic on social where it went viral immediately.

Dere set out that day to photograph some great grey owls and, along the way, teamed up with three other photographers, they were Beaumon Day and Olympus Explorer Brooke Bartleson.
When Photographer Scott Dere was out photographing owls when one unexpectedly landed on his camera, blending in strangely well with the camouflaged camera lens. 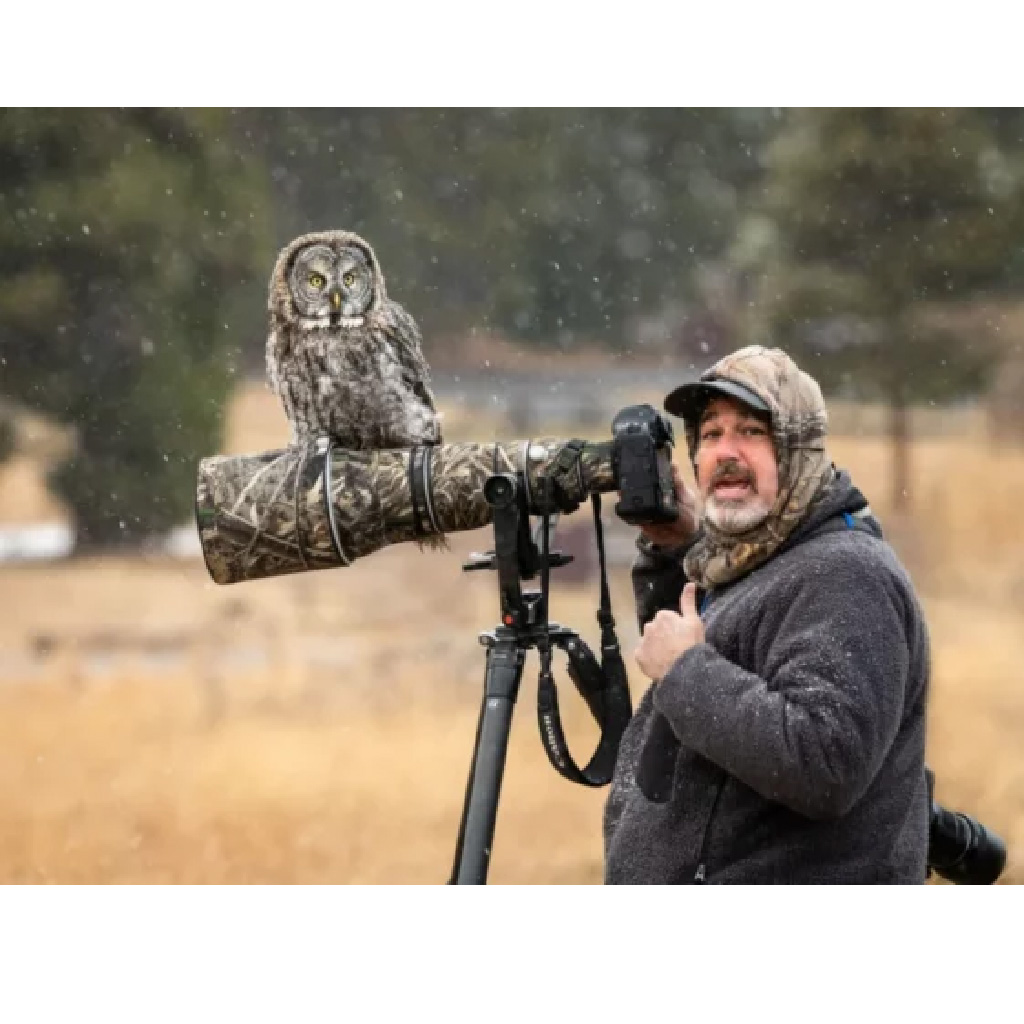 They spent another hour with the bird, watching it fly all around, trying to find some game and also landing on Brooke’s head who then collapsed to the ground in amazement.

” Scott was giving us a thumbs up from a couple of hundred yards away (thanks Scott!). We couldn’t believe that he had just found an owl where we were! We went back and joined him and sure enough, there was a great gray owl perched about 10 feet off the ground in a pine tree—such camouflaged birds!” said Beau. 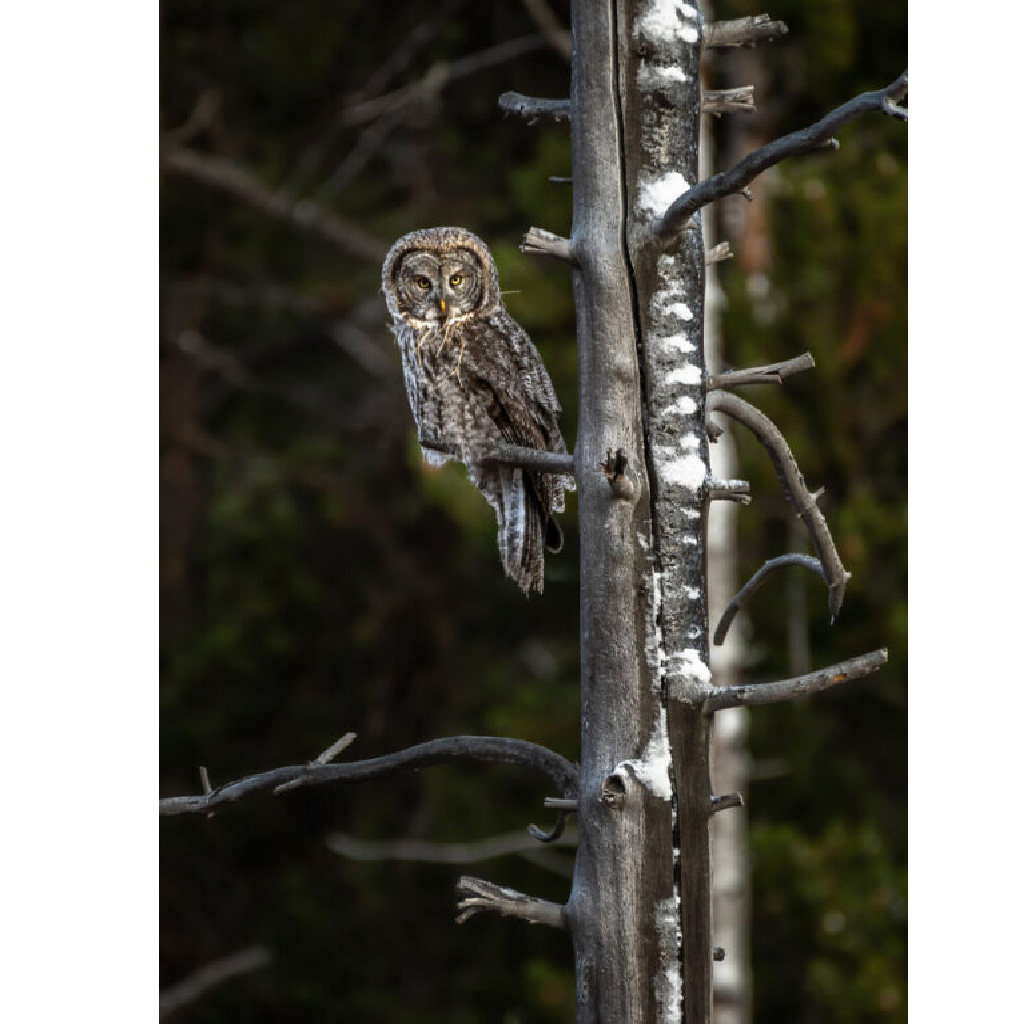 He continued: “We watched it for a few minutes when all of a sudden, the owl flew from its perch and headed straight towards Scott. It swooped up and landed on his lens and looked around. Scott turned around at me and gave an amazing look like “holy crap, are you serious right now?” 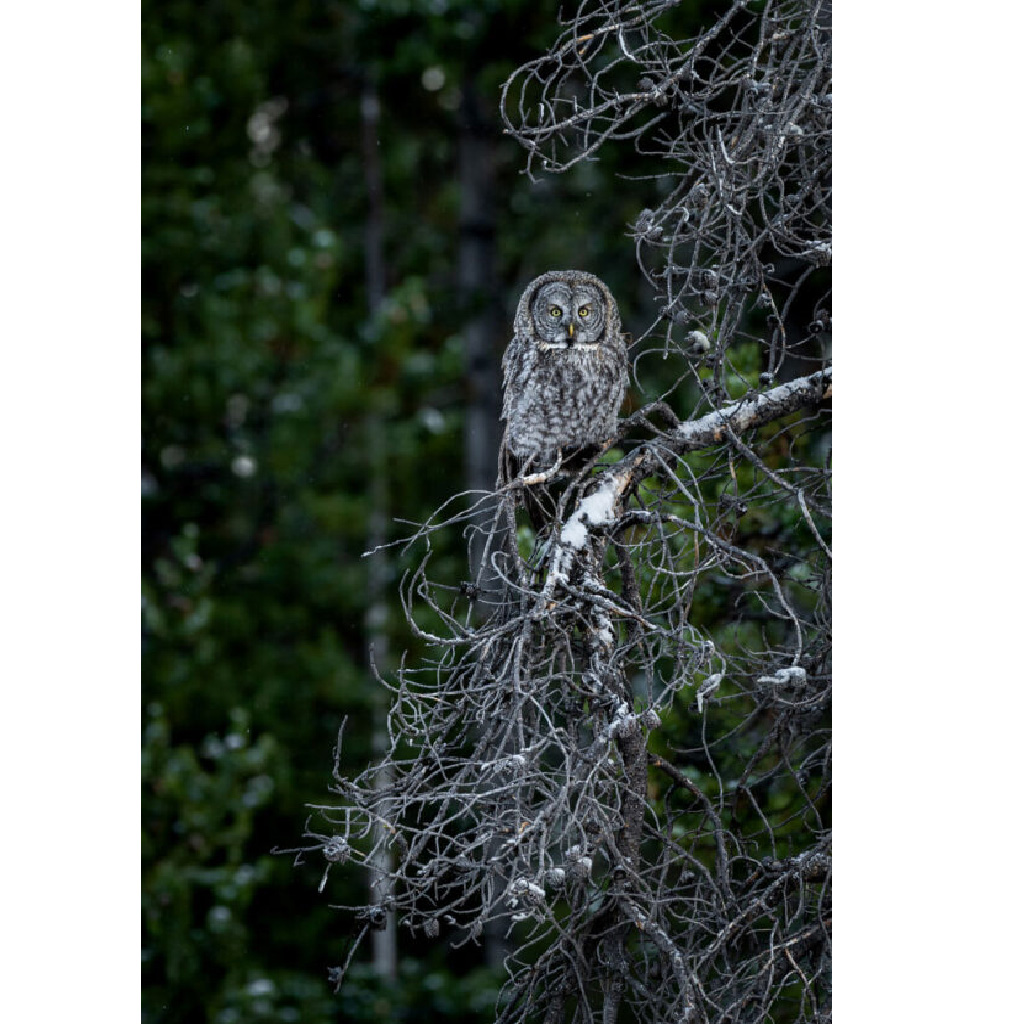 Beau said that the owl seemed like it was hunting. It would look to the ground as if it was trying to find a small rodent or something else to eat, or it would not move at all for a bit before it decided to join the crew. 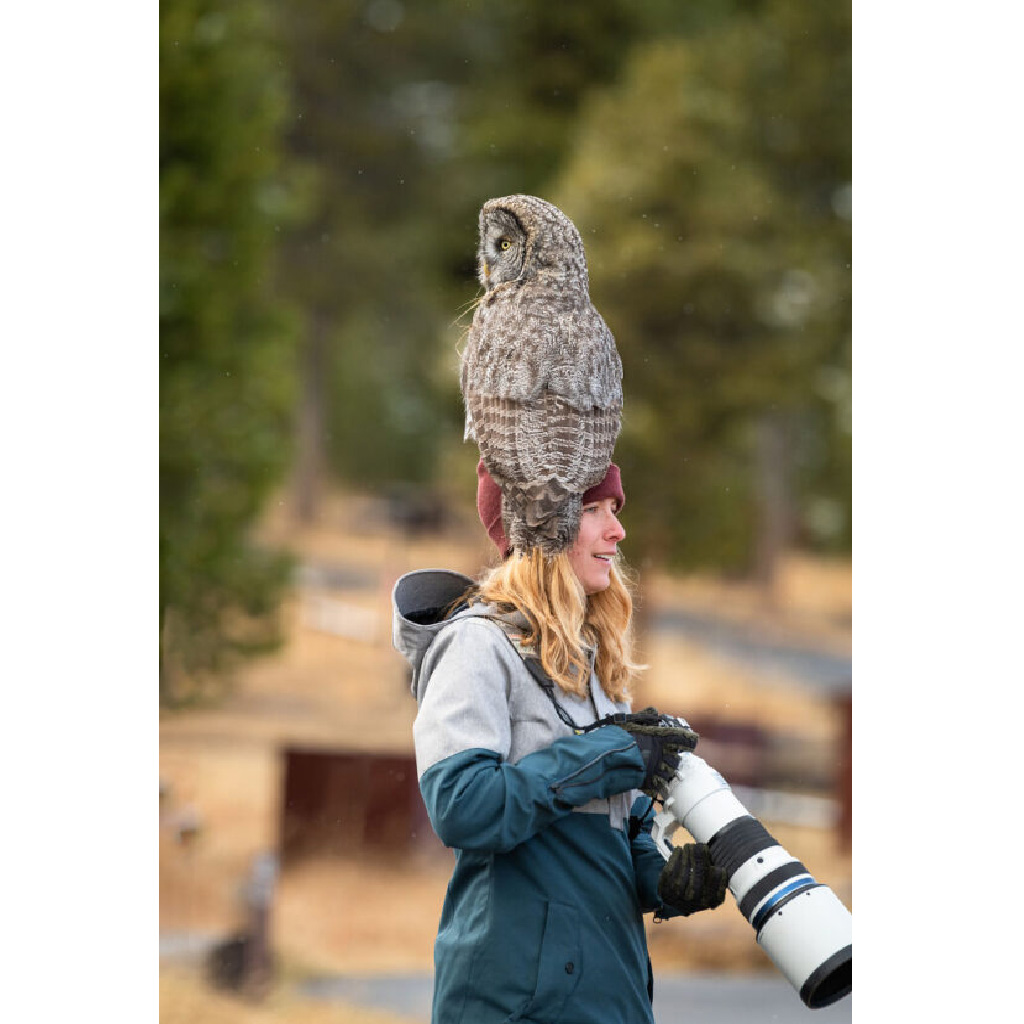 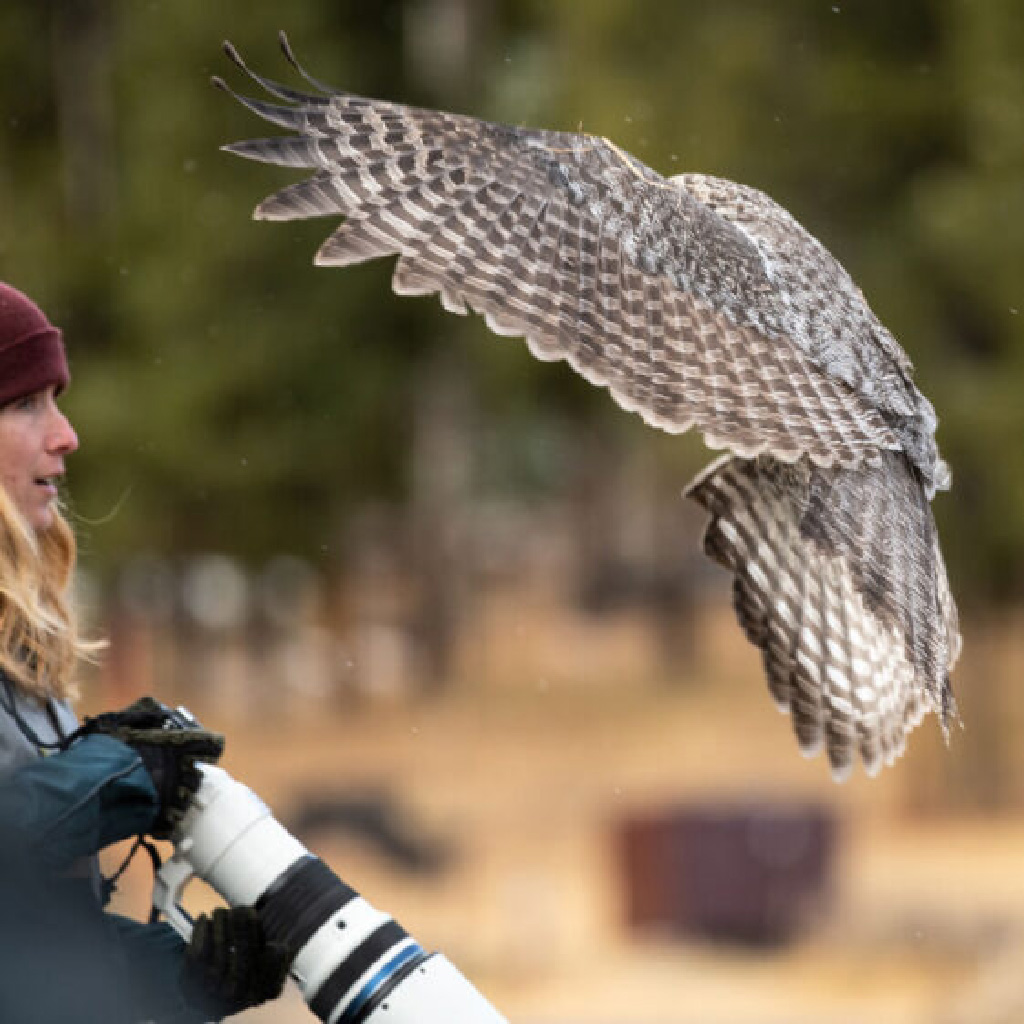 “After a moment, the owl repositioned on my lens, and I was able to pivot it slightly to pose for an image. Thankfully Beau has the reflexes and sense to take the photograph that I will cherish forever.”