Nature never ceases to amaze us, humans. You may witness something that you have never imagined before. It will be a once-in-a-lifetime opportunity. For instance, you attend a sightseeing tour off the shore and see a massive humpback whale breaching the water right next to your boat. You must feel like you win a lottery ticket. 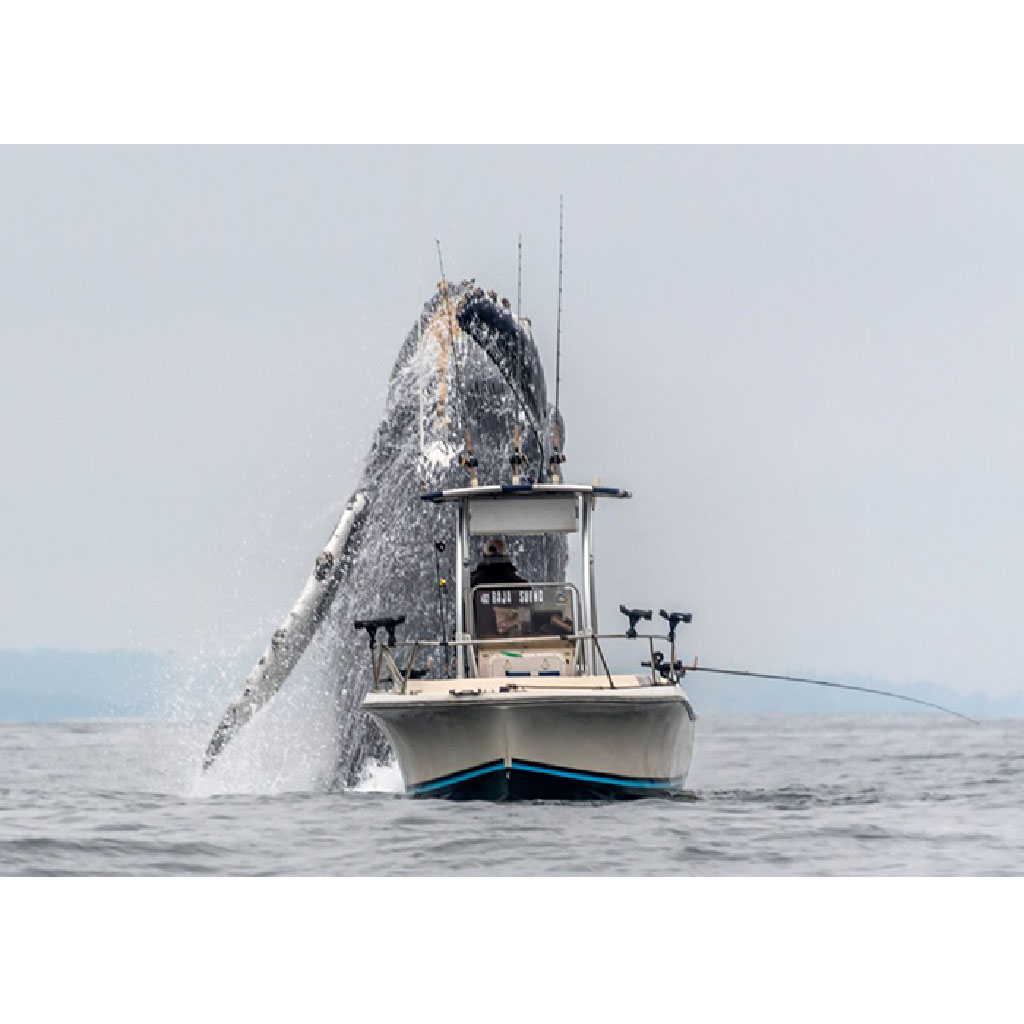 Douglas took incredible photos of the giant marine mammal from the porthole of his boat. The scene got him stunned for a few seconds but he immediately took out his camera and snapped it. Luckily, his shooting angle enabled him to get a bigger and clearer view of the whale. Noticeably, the creature made the fishing boat look incredibly tiny in comparison. 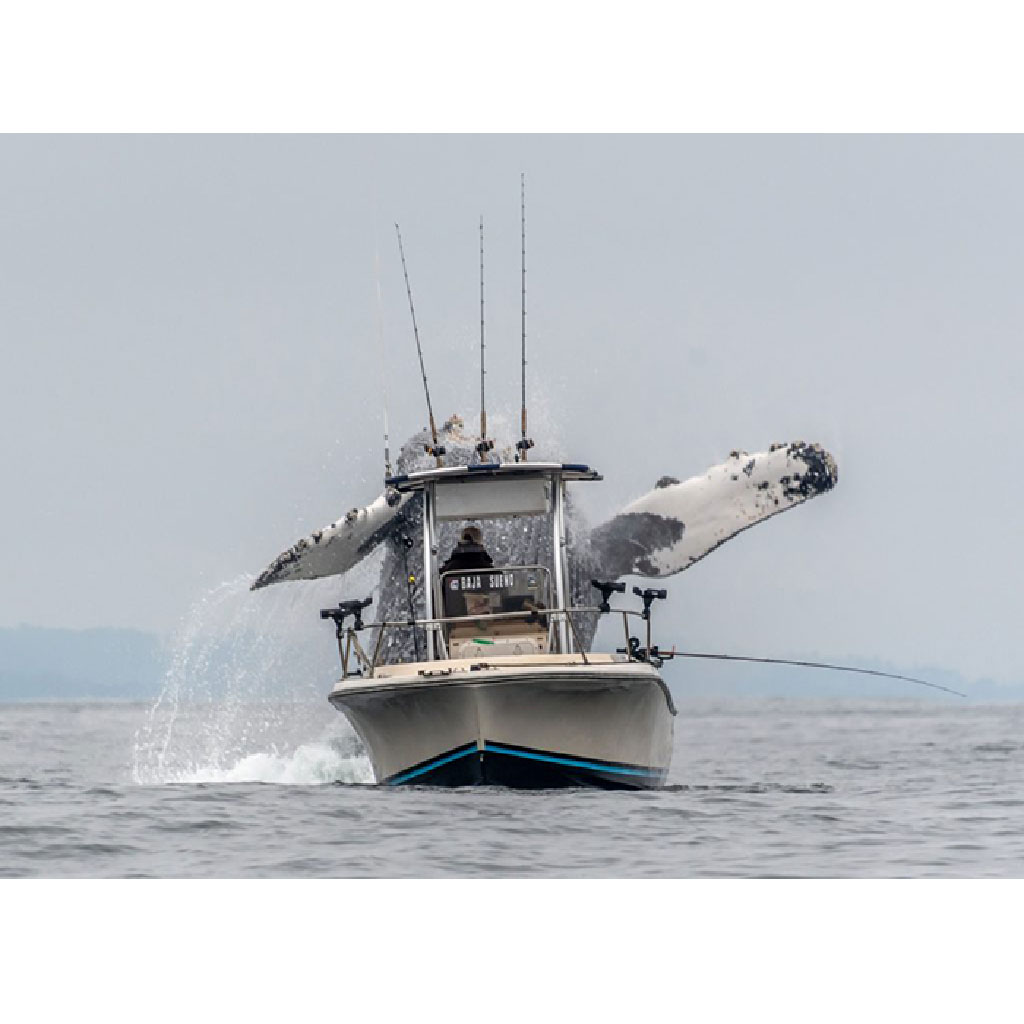 The photographer also had help from a whale watcher, Kate Cummings, who managed to capture a video of the whale breaching in action.

The whale watcher revealed to the media: “It was fun capturing this video. The whale had already breached multiple times much further away from the fisherman. But sometimes when whales breach multiple times, they’re also heading a specific direction when they’re underwater building momentum for the next breach. I figured the next breach would be around the fisherman because the whale was heading that way and sure enough! Though I didn’t expect the whale and the boat to line up so perfectly.” 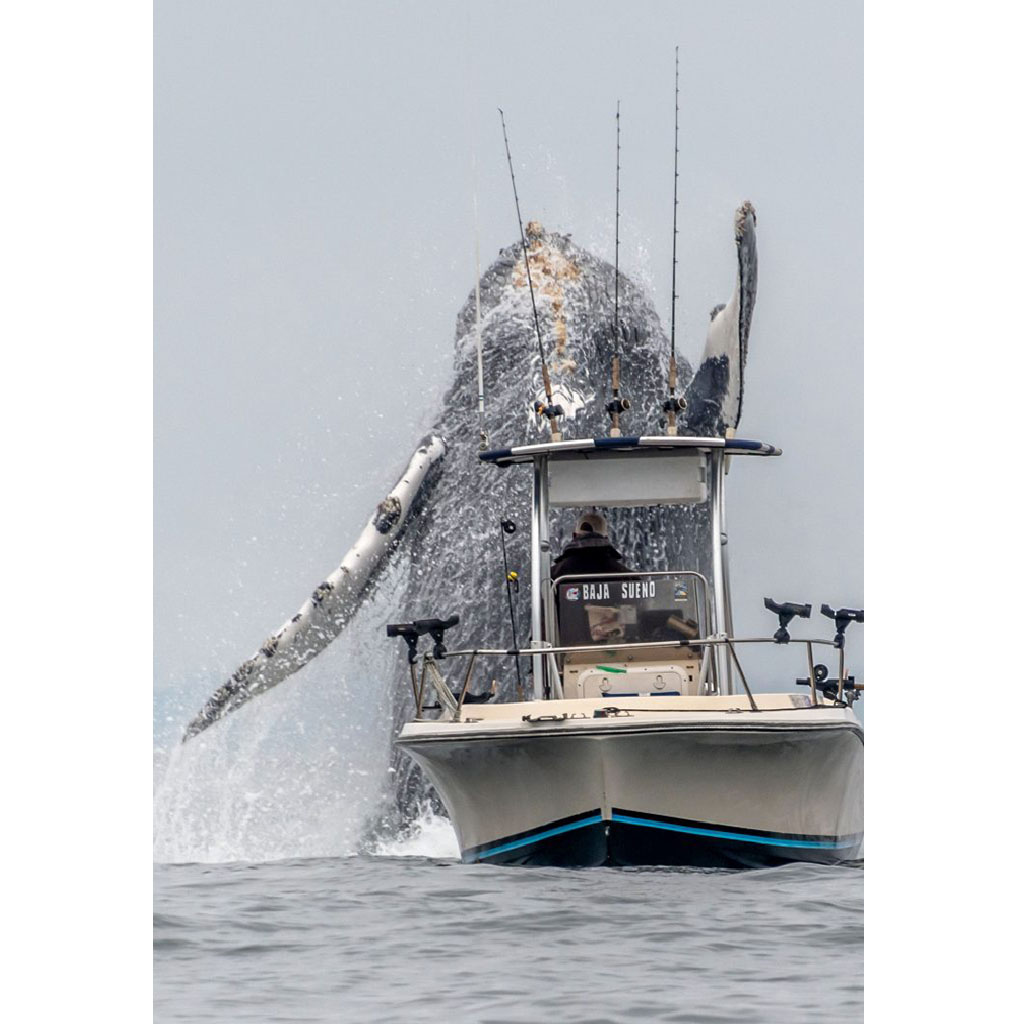 Adult humpback whales weigh around 25–30 metric tons (28–33 short tons). Humpback whales will often do a series of breaches, so when Croft spotted this whale doing jumps, he made sure he was ready. 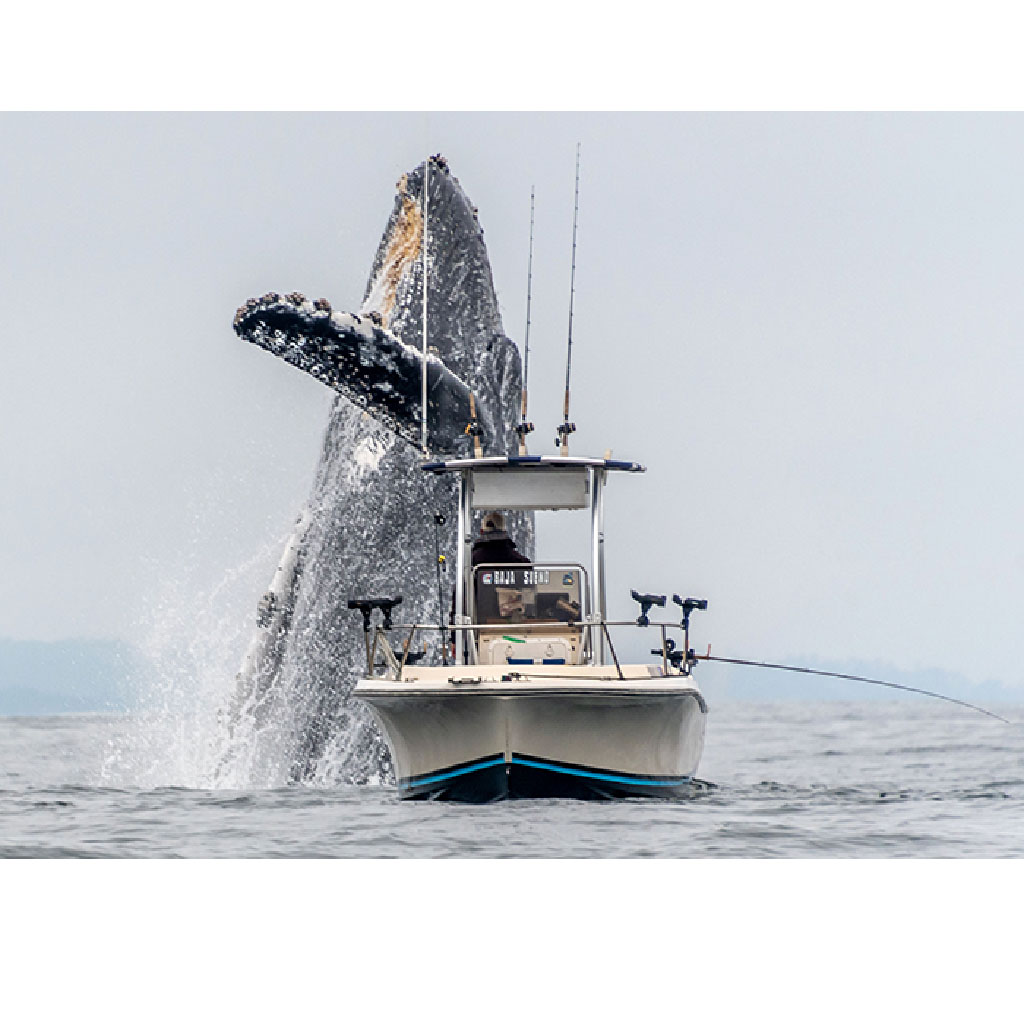 “This whale had breached a couple of times before this and many times they’ll just keep doing it,” the then 60-year-old photographer stated.