Meet Tao, a 12-year-old golden retriever. Tao’s blindness is a result of both his eyes being removed due to [ɢʟᴀᴜᴄᴏᴍᴀ]. Melanie Jackson, Tao’s owner has remarked that her 10-year-old pooch isn’t just adaptable and making wonderful strides post-surgery, but that he’s “amazing.” Melanie first noticed that something wasn’t right with her dog when he showed signs of being in pain as well as having vision problems. A trip to the vet then confirmed the diagnosis that it was [ɢʟᴀᴜᴄᴏᴍᴀ]. 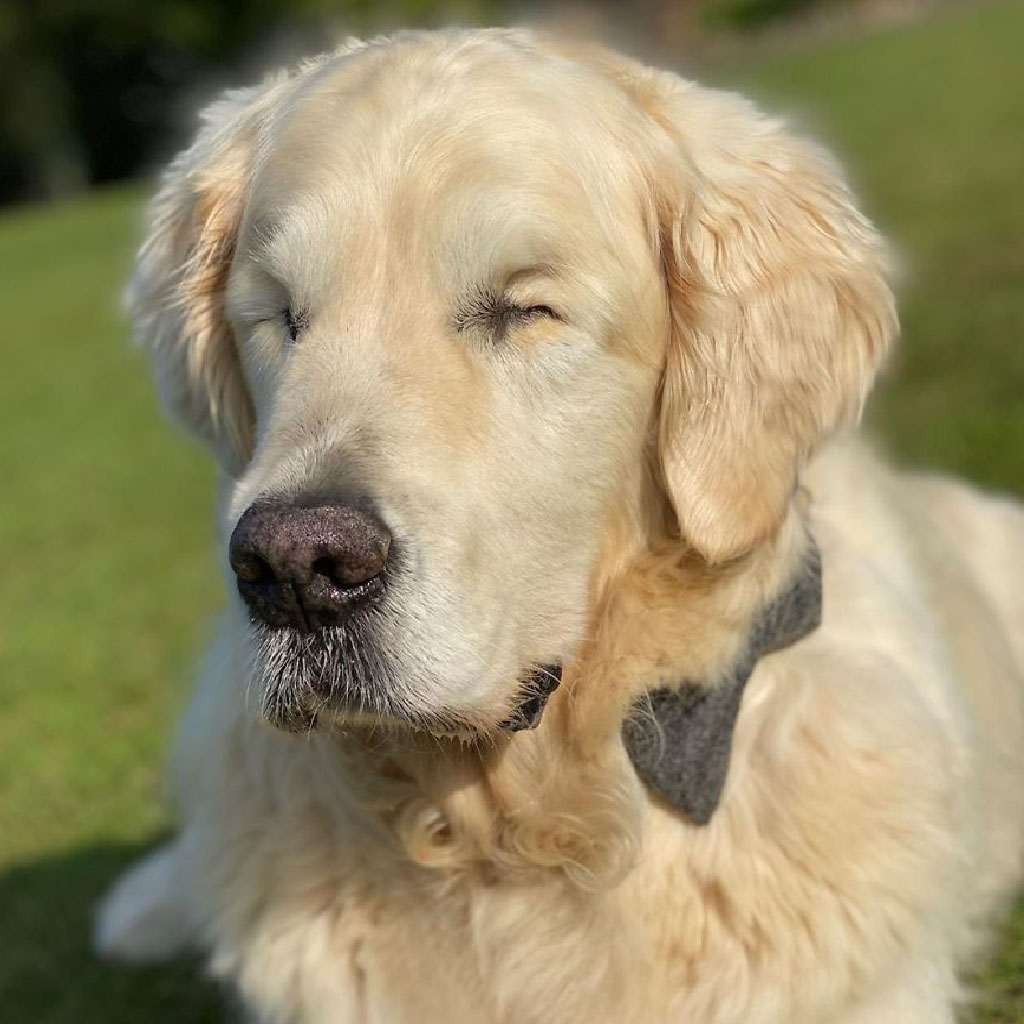 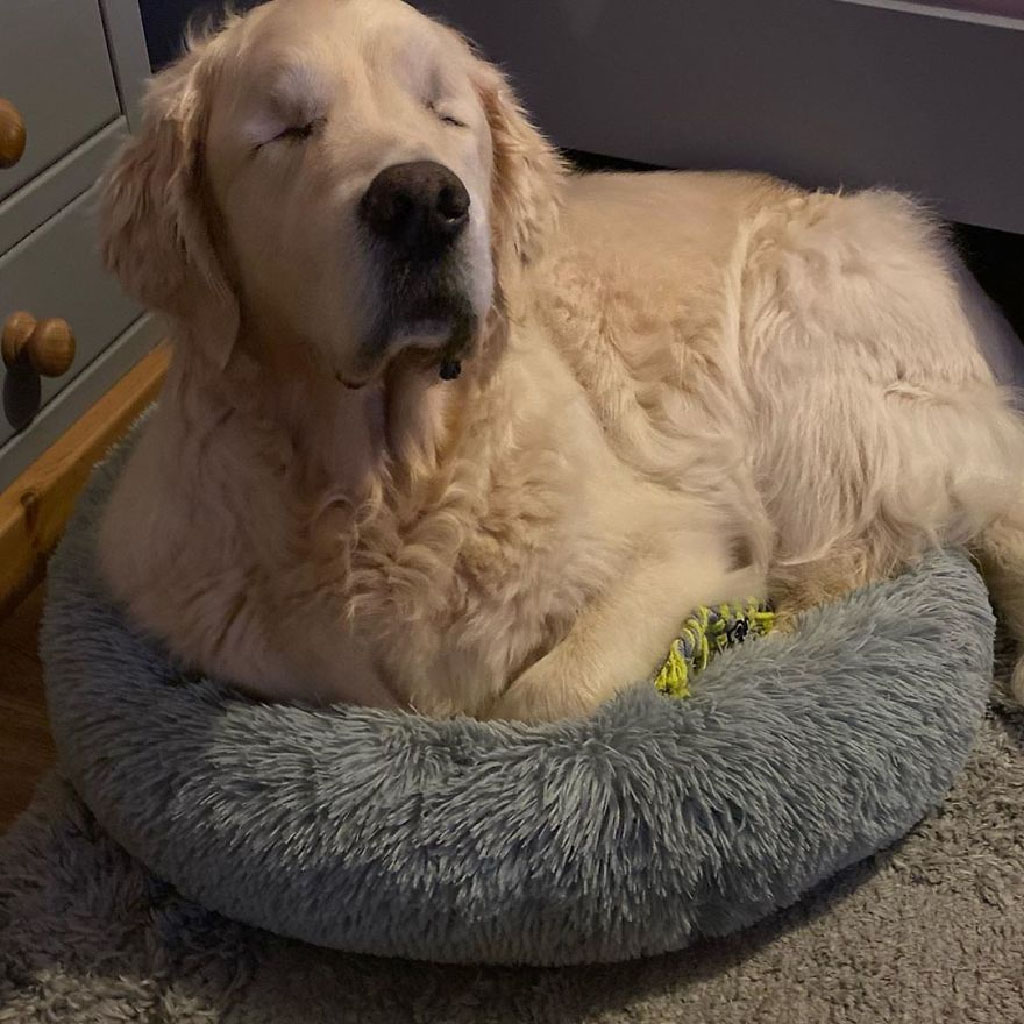 The disease progressed unexpectedly until one day, Tao seemed to be doing ok in the morning, but took a turn for the worse in the evening. He started shaking his head which is what dogs tend to do when they feel some pain. Then in just a few hours, he went completely [ʙʟɪɴᴅ] in one of his eyes and had to get it removed. Then in January, his other full eye gave out and sadly had to be removed as well. But despite his [ʙʟɪɴᴅ]ness, he did recover quickly and was joyful once again. 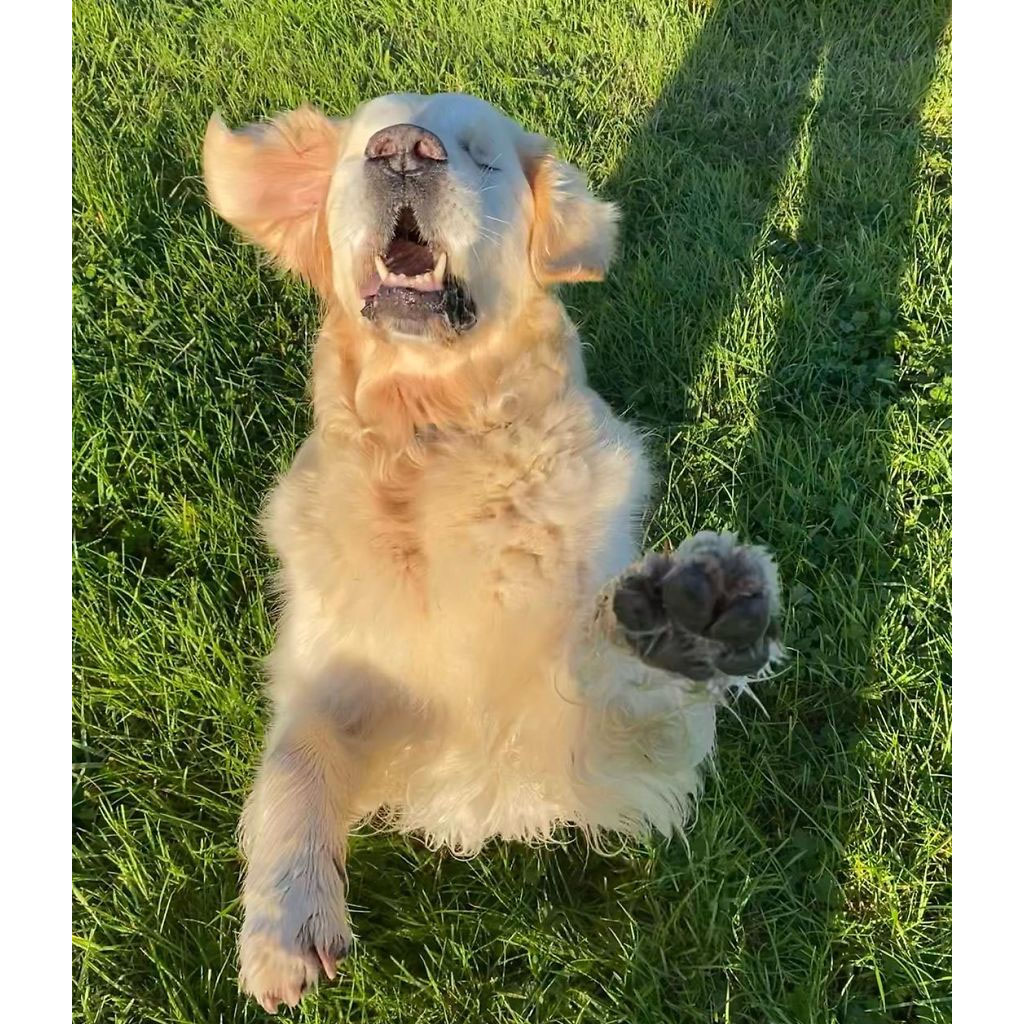 Tao, being a resilient dog recovered quickly. It only took him three days before he was walking up the staircase all by himself and was able to walk without a leash. He did seem happy and joyful, but there was something missing. Tao needed someone else to play with him, a partner, a buddy to keep him company and guide him especially since he’d lost his sight.

“Tao’s health is really good now. He’s in no pain, and to say he’s nearly 12, he acts like a much younger dog! He does everything he used to do apart from jumping up hay bales and jumping over hedges—we walk around 8 miles a day and he still trains most days,” said owner Melanie

And Oko, another golden retriever. He was just about 8 weeks old when Melanie got him, but the dog duo clicked immediately and has become inseparable ever since. Oko inadvertently has become a guide dog to another dog. Tao follows Oko around when they’re walking, and they also sleep together. The owner is also simultaneously training Tao to follow Oko so he won’t get into trouble. 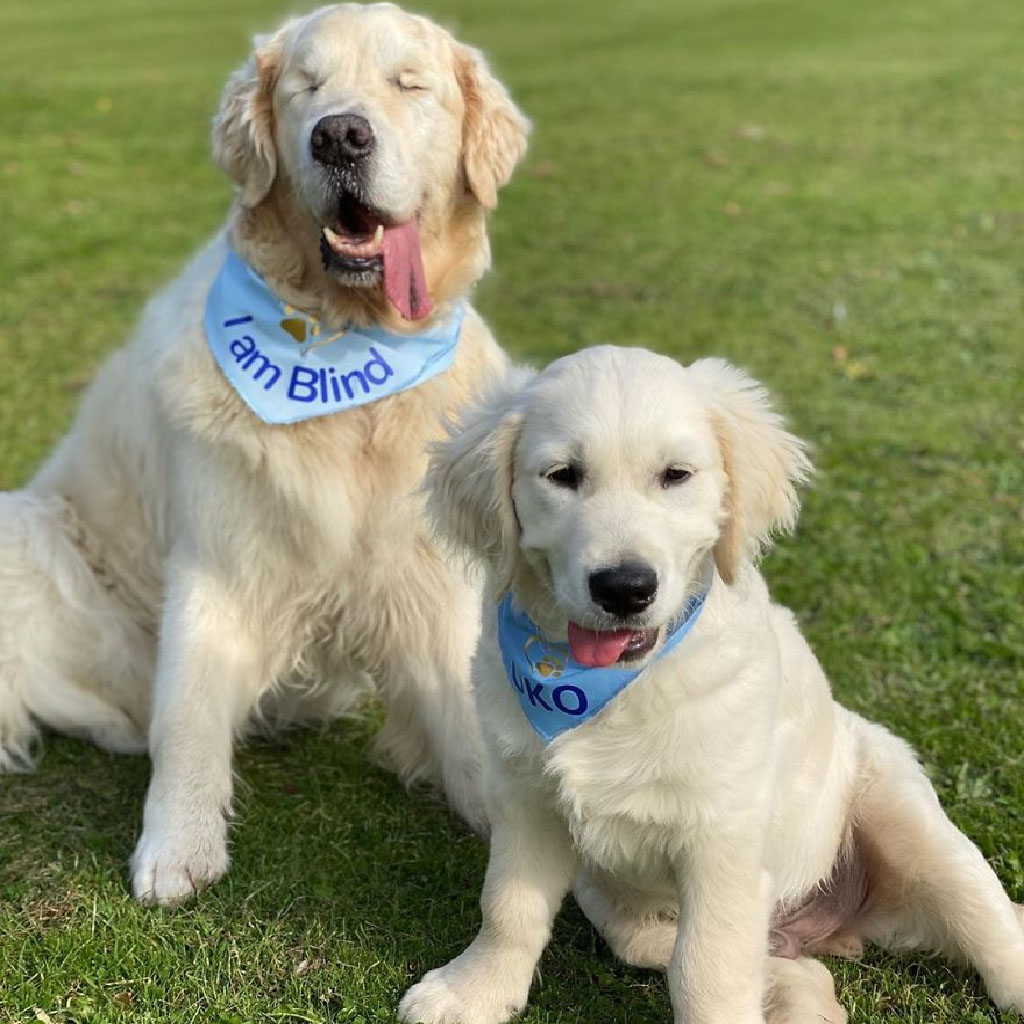 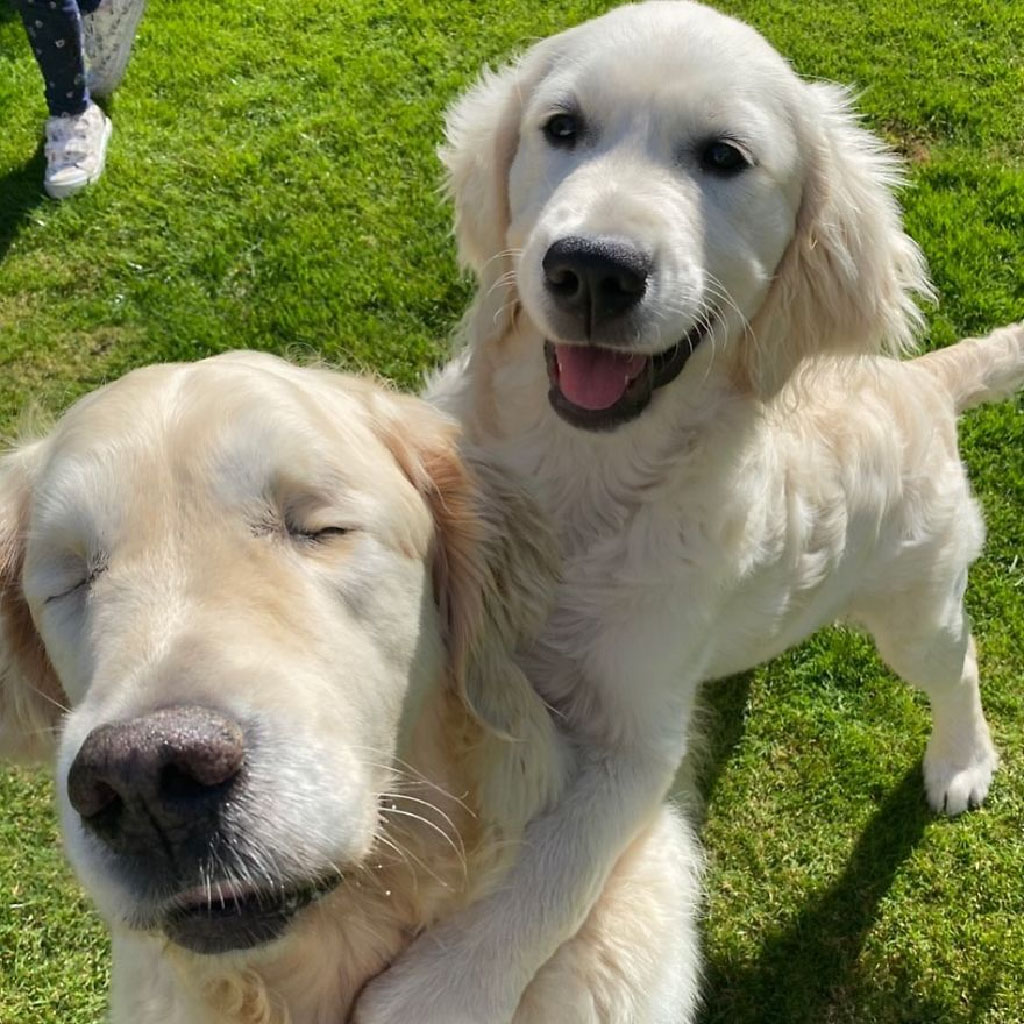 “Oko is being trained by me—if not, he would lead Tao into mischief as he is a typical inquisitive puppy. Tao is being trained to follow Oko’s scent and Oko to listen and respond to my commands to ‘stop, wait, go right, go left.’” 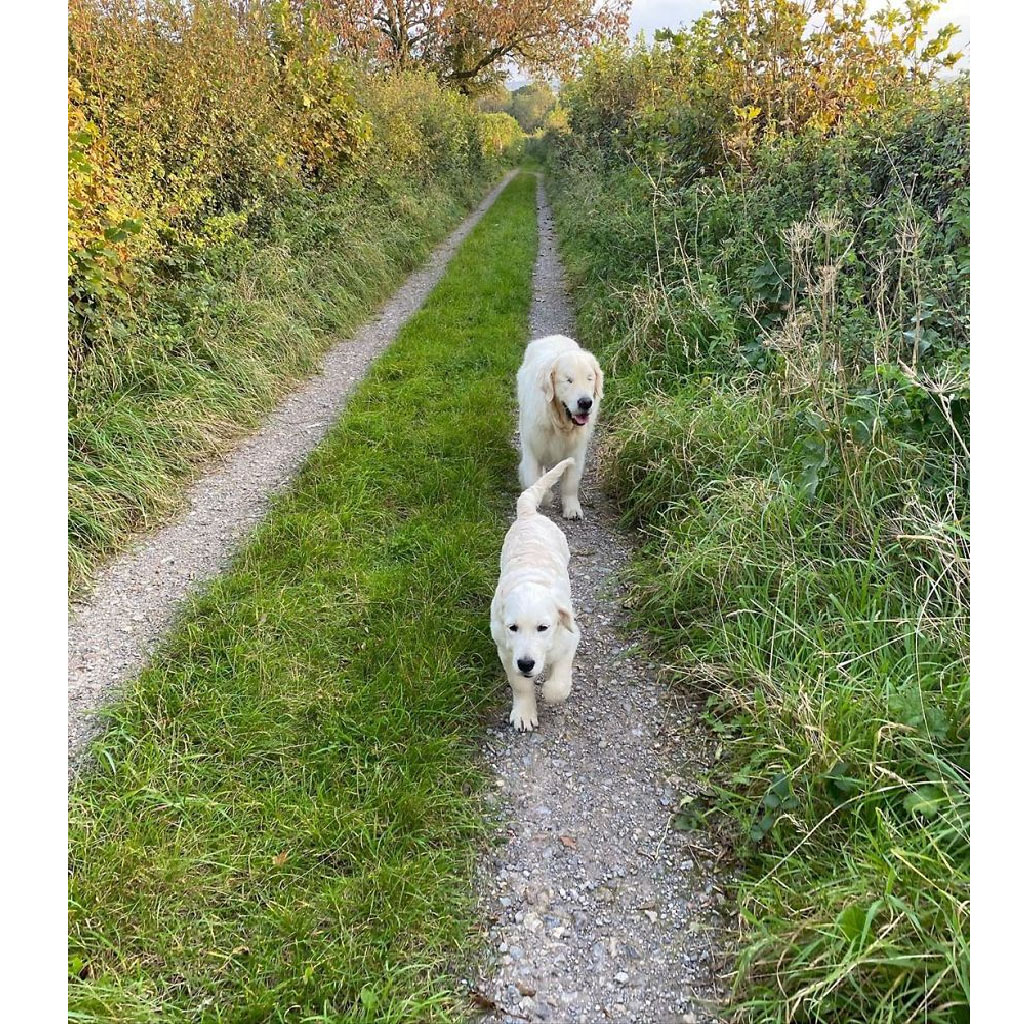 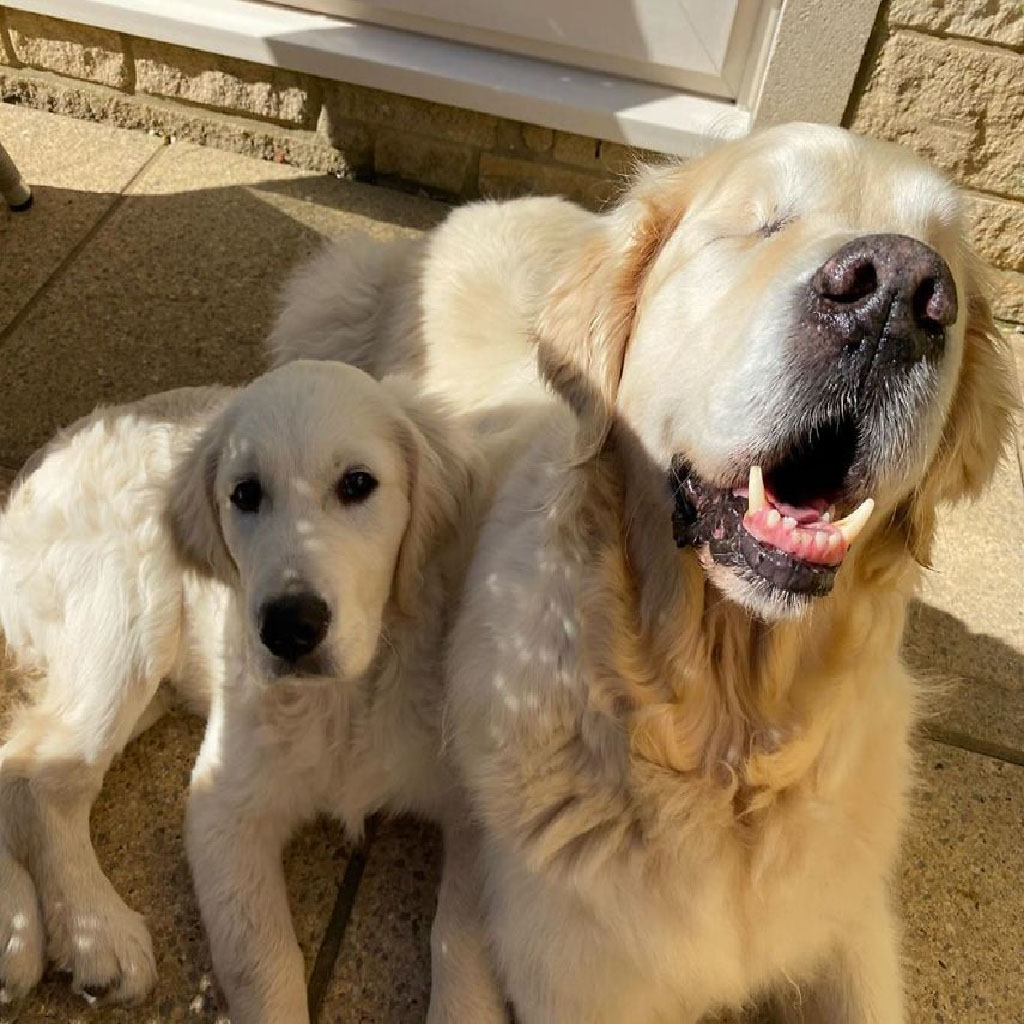