Starving, scared, and sick, his future looked bleak when he was found .d.umped in a bucket as a puppy. But Badger the cocker spaniel has grown up to become a ‘crime-fighting hero’ after being rescued by the RSPCA and trained by the police as a sniffer dog.

In July 2019, when he was just a little over six weeks old, the small black puppy was discovered in Redhill, Surrey, UK, together with three other puppies. Cocker spaniel named Badger was discovered as a young puppy abandoned inside a bucket in a front garden of a house. 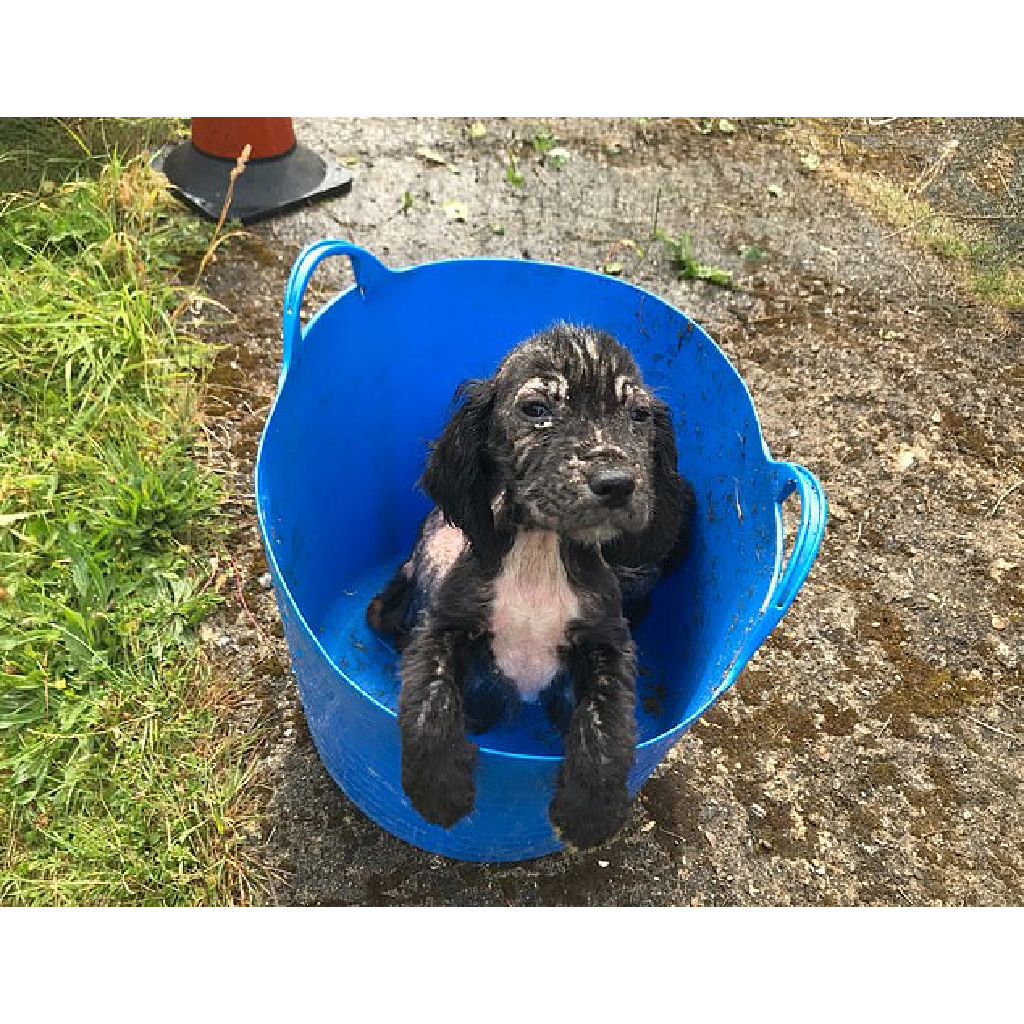 After weeks of treatment, the puppies were rehomed to loving families. But Badger struggled in his new home and was returned to the centre.

Ms Douglas said: ‘He was always on the go and needed constant stimulation – he was just too much for his adopters so he came back to us. We kept him busy by hiding tennis balls around the centre and playing scent games with him. 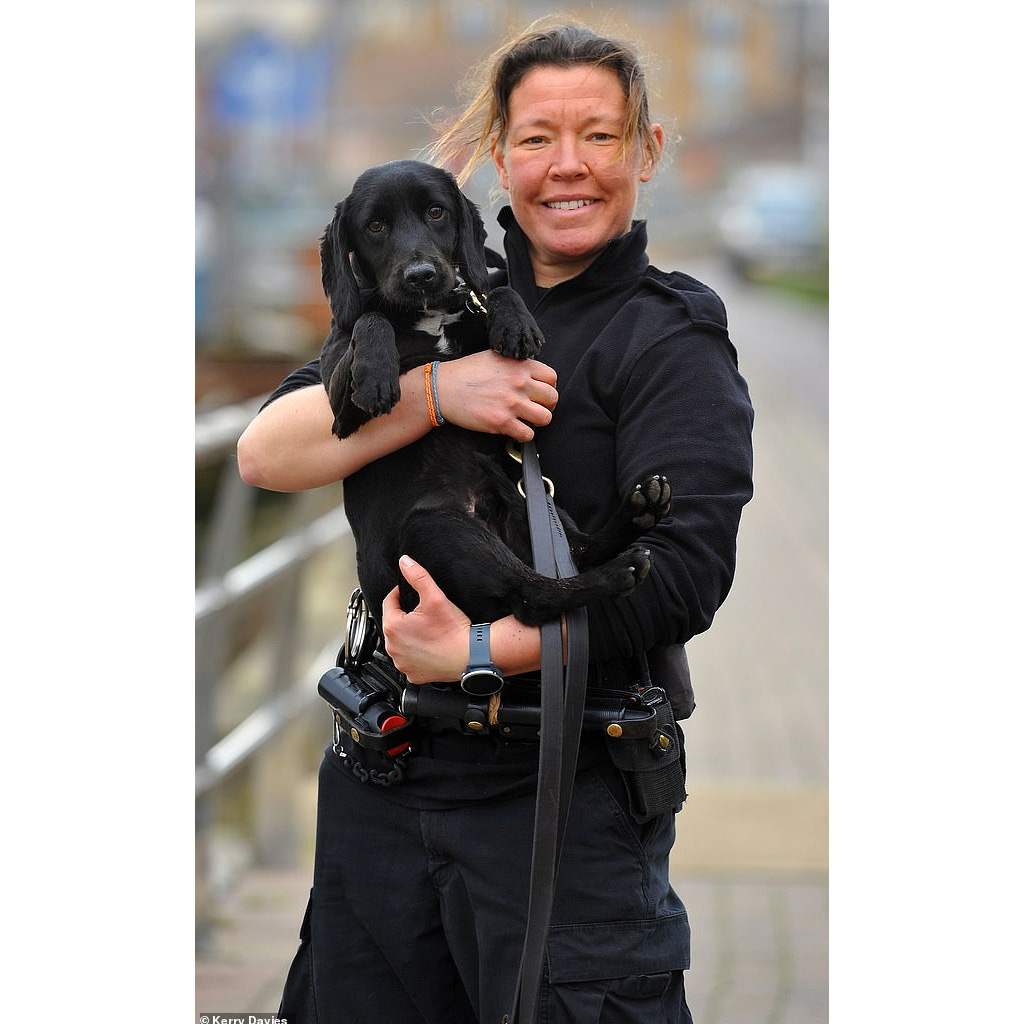 ‘He absolutely loved it – and was really good at following his nose and finding them so we contacted the police to see if they’d be interested in taking him on as a new recruit.’

The adorable Badger, however, was supposedly rather vivacious and did not get along with his new family, so he was sent back to the RSPCA. There, many speculated that he may have a successful career in law enforcement. 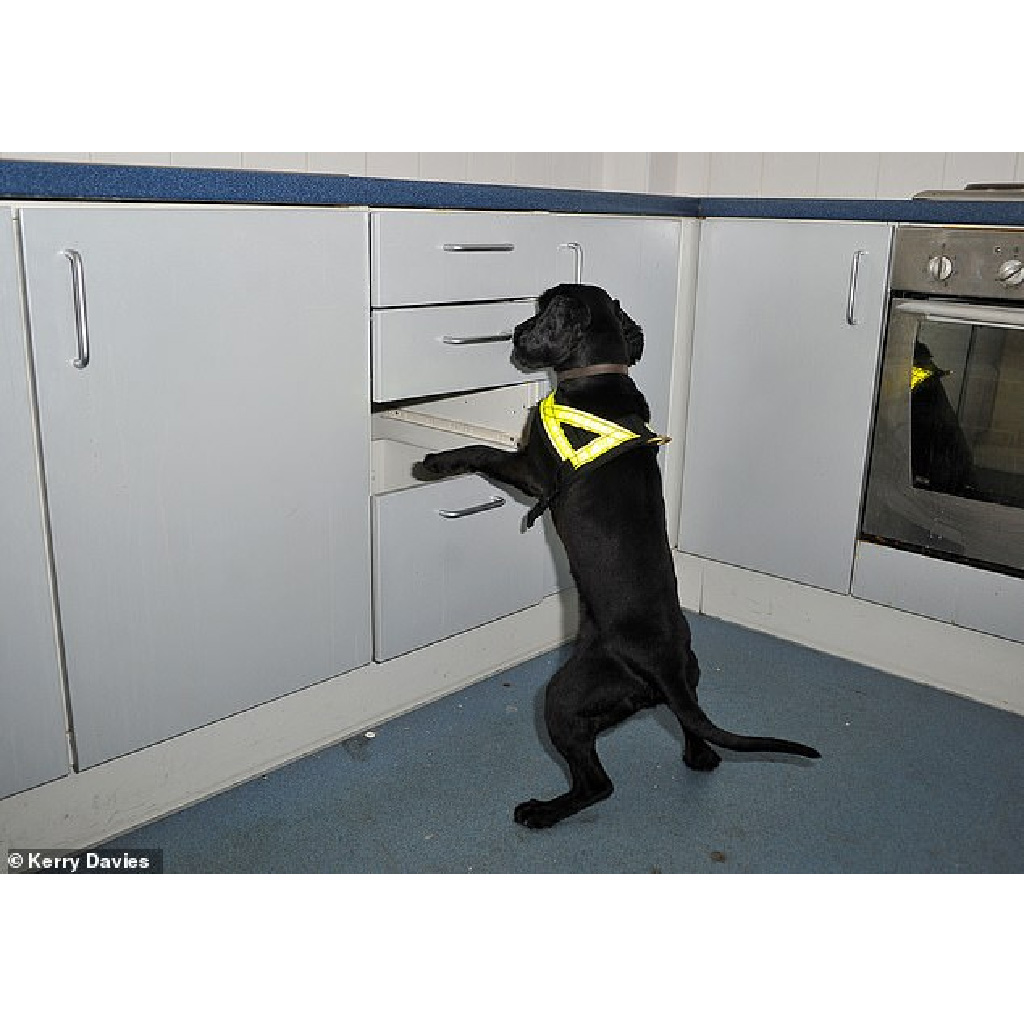 Jo, who works at the RSPCA’s Millbrook Animal Center in Cobham, claims that Badger was really agitated and adept at smelling out and locating items. The notion to get in touch with the police and enlist him there came from there.

PC Steph Barrett, who works with Badger at Surrey and Sussex Police Dog Unit, said: ‘After a lot of love and training, he has regained trust in humans. He’s still got that cheeky side, but he’s obsessed with work. He makes me smile all day.’