Dogs are smarter than we often give them credit for. It turns out, they’re watching what we humans do pretty closely, and can pick up a few tricks. Many of our dogs are adventurous and like to adventure outside when they feel like it. But one dog doesn’t need a doggie door to get back in the house—he’s figured out how to ring the bell! 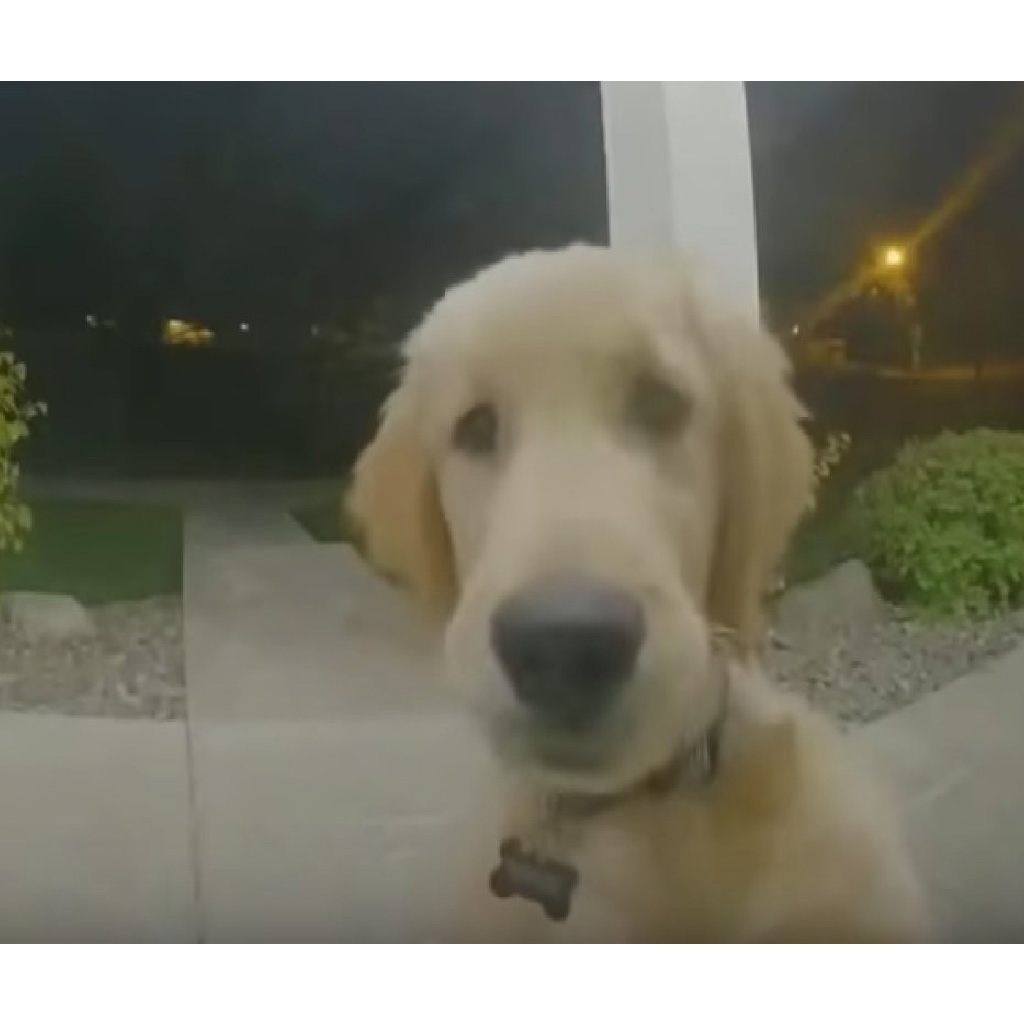 Greg Basel, from Spokane, Washington, caught his clever golden retrieve. It was the middle of the night and his owners didn’t even know that Marshall had gotten out of the house.

No doubt if they had woken up to find him gone, they would have been devastated. Luckily for everyone, Marshall immediately reconsidered and turned back home. 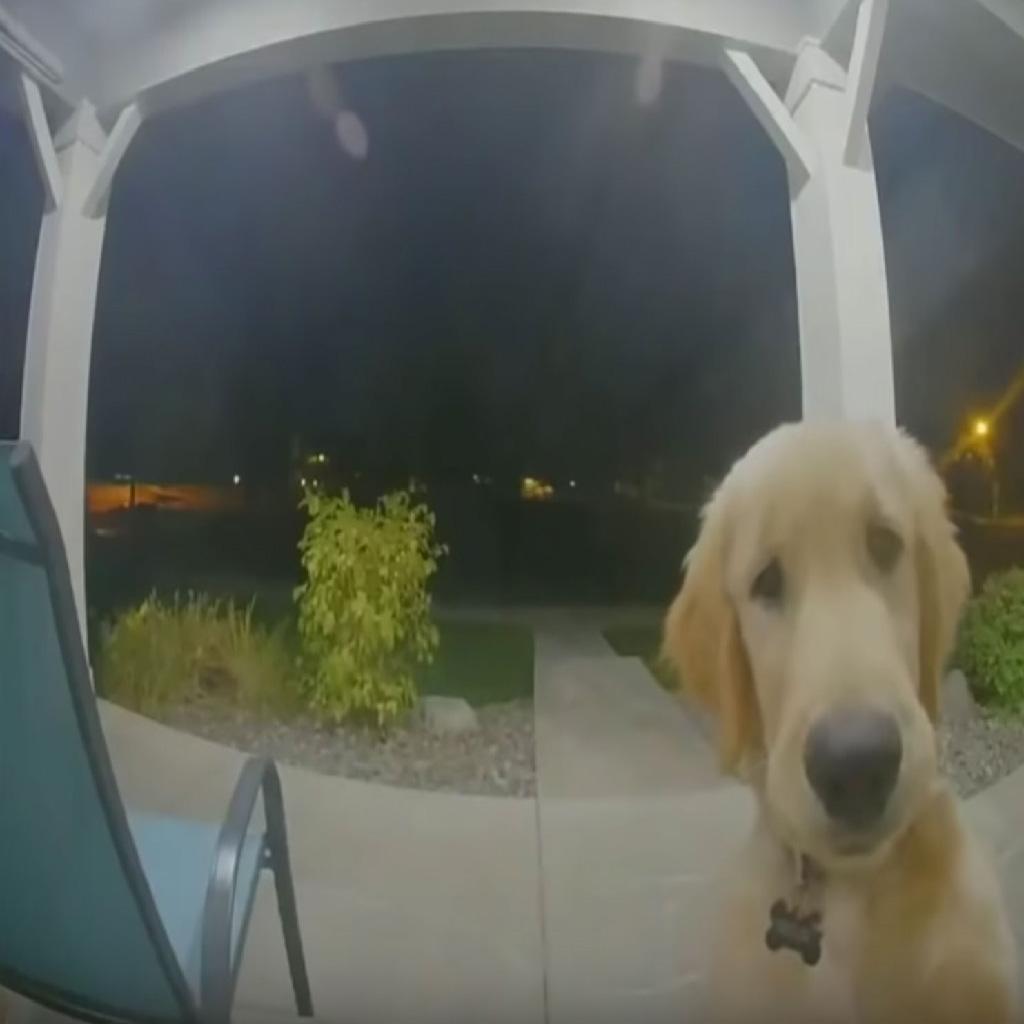 Marshall had never been trained to knock on a door or ring a doorbell, but he figured it out all the same. But to everyone’s surprise, he showed that he knew exactly how to get in — the rang the doorbell. 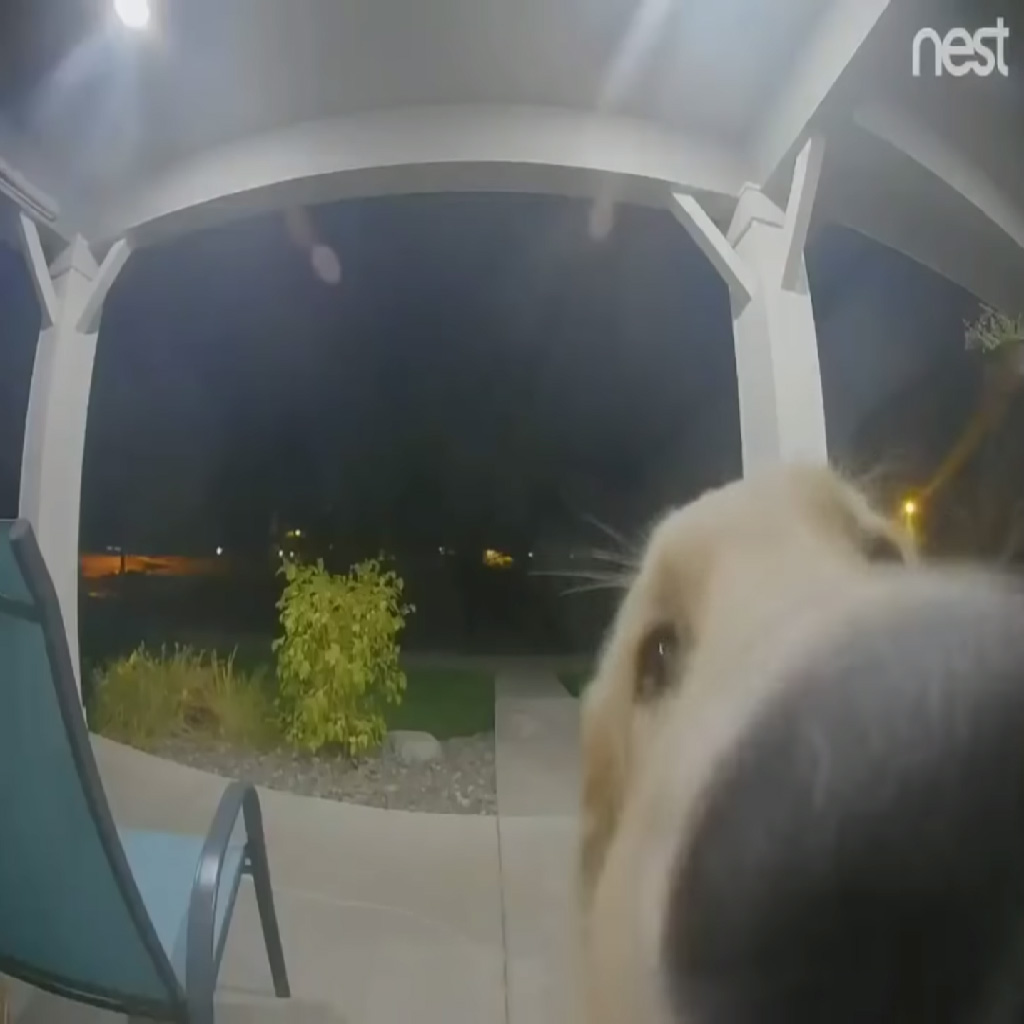 Marshall’s loving owner Greg Basel shared this cute video shot from the home security system, and it quickly went viral online. The viral video shows a worried Marshall pawing or “knocking” at the front door to tell his family he wanted back inside. His freedom run done, Marshall the Golden Retriever was ready to come back to the safety and security of the family home.

“My dog does a lot of ‘human’ things and without being trained or staged to do so,” wrote another commenter. “So, sit back and enjoy this cute little pup. 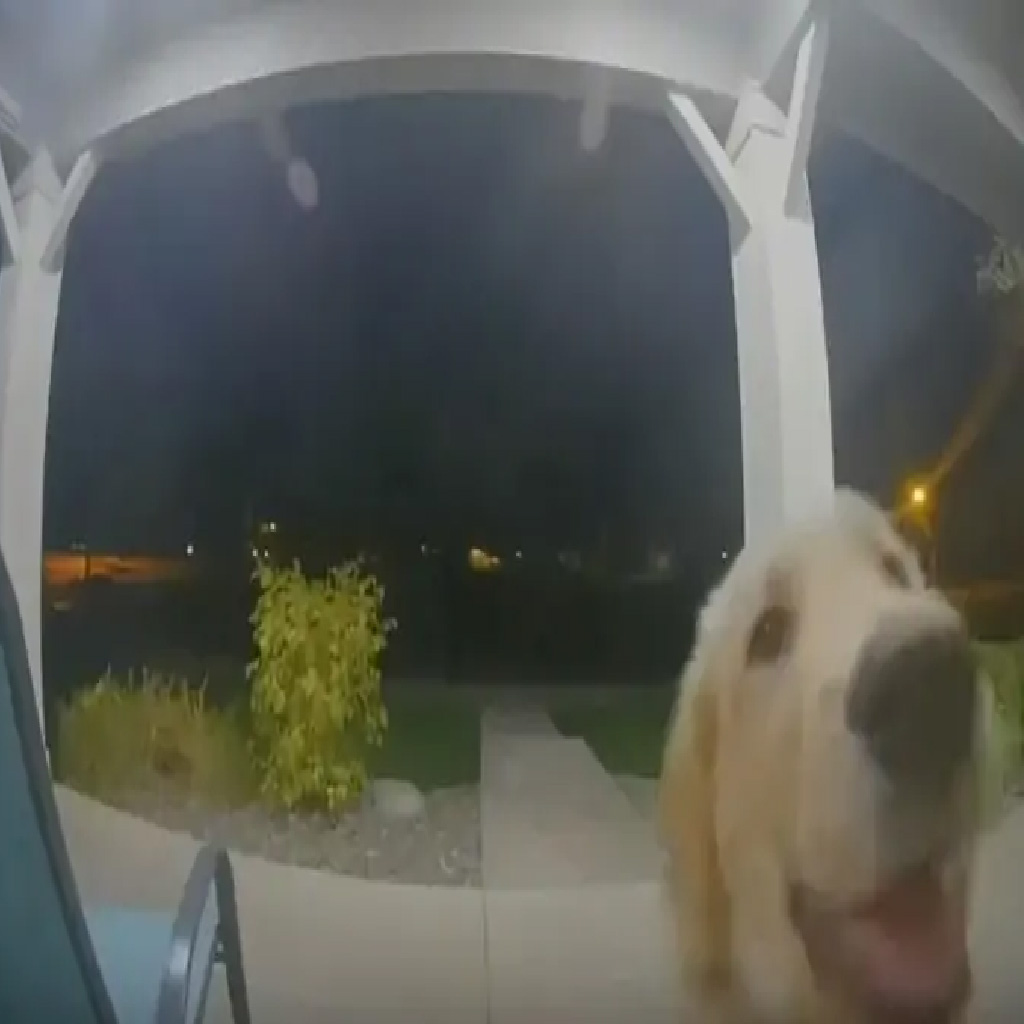 People everywhere can’t get enough of the clever puppy who figures out how to alert his owners. And they’re quick to share similar stories of their own dogs finding their way home.

“I had a huge fight with my Dalmatian 6km from my [home]…I slapped his bum, and he literally ran away from me,” wrote one YouTube comment. “I was like…i don’t have a dog anymore. He was sitting in front of a gate when i got home/ He crossed 3 huge streets and remembered the road…he was an 8-month-old dog.6 kilometers from home! Dalmatians are so intelligent!”