Robinson is a longtime animal rescuer. When she found the puppy, he was too weak to eat or stand up. Under their love and care in their Texas home, little Nubby finally got the chance at life he deserved.

Meet Nubby, the doggie with no front legs. Vets thought he wouldn’t make it. 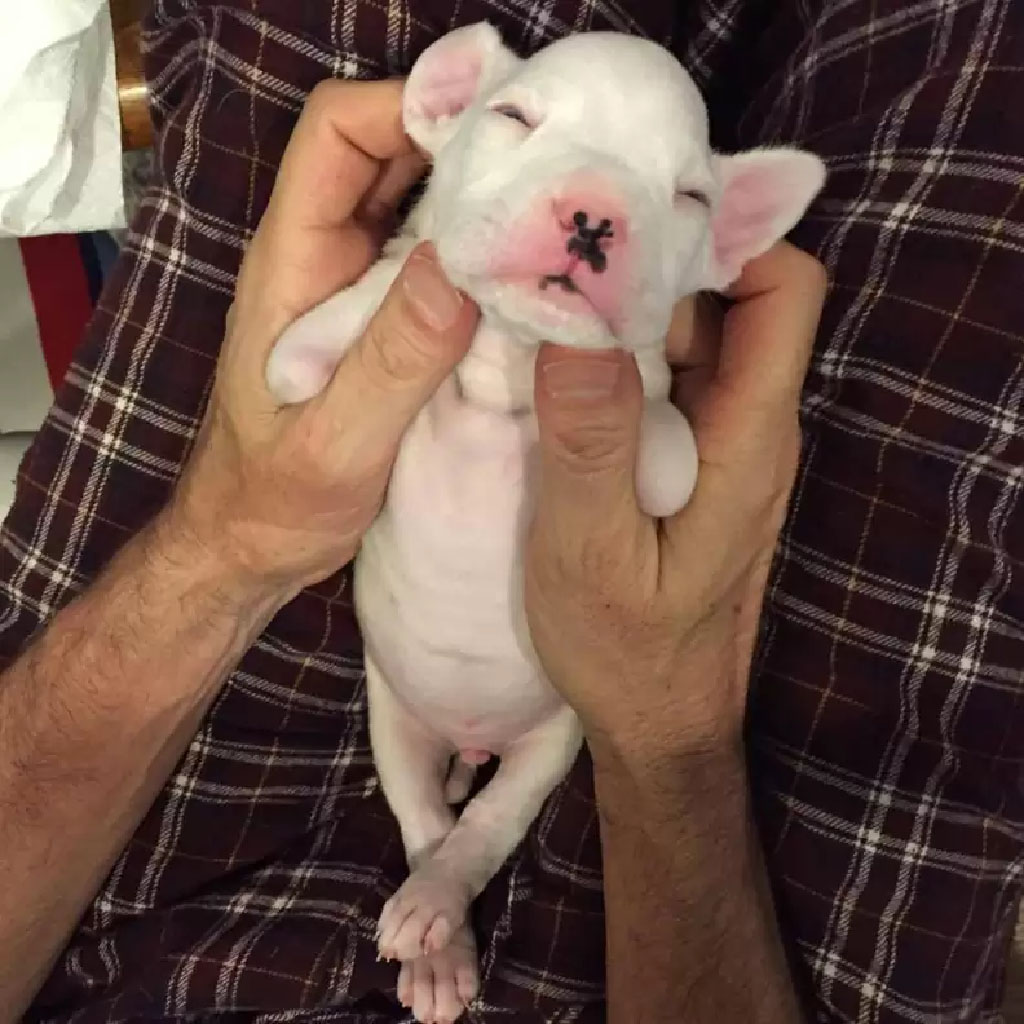 “His siblings were pushing him out of the way. He would have [ᴘᴇʀɪsʜᴇᴅ],”

Lou Robinson, Nubby’s foster mom, told. “He came home with me.” Robinson is the founder of an animal rescue group called Warriors Educate About Rescue. She and her husband learned about all the ways they could improve Nubby’s chances of survival. 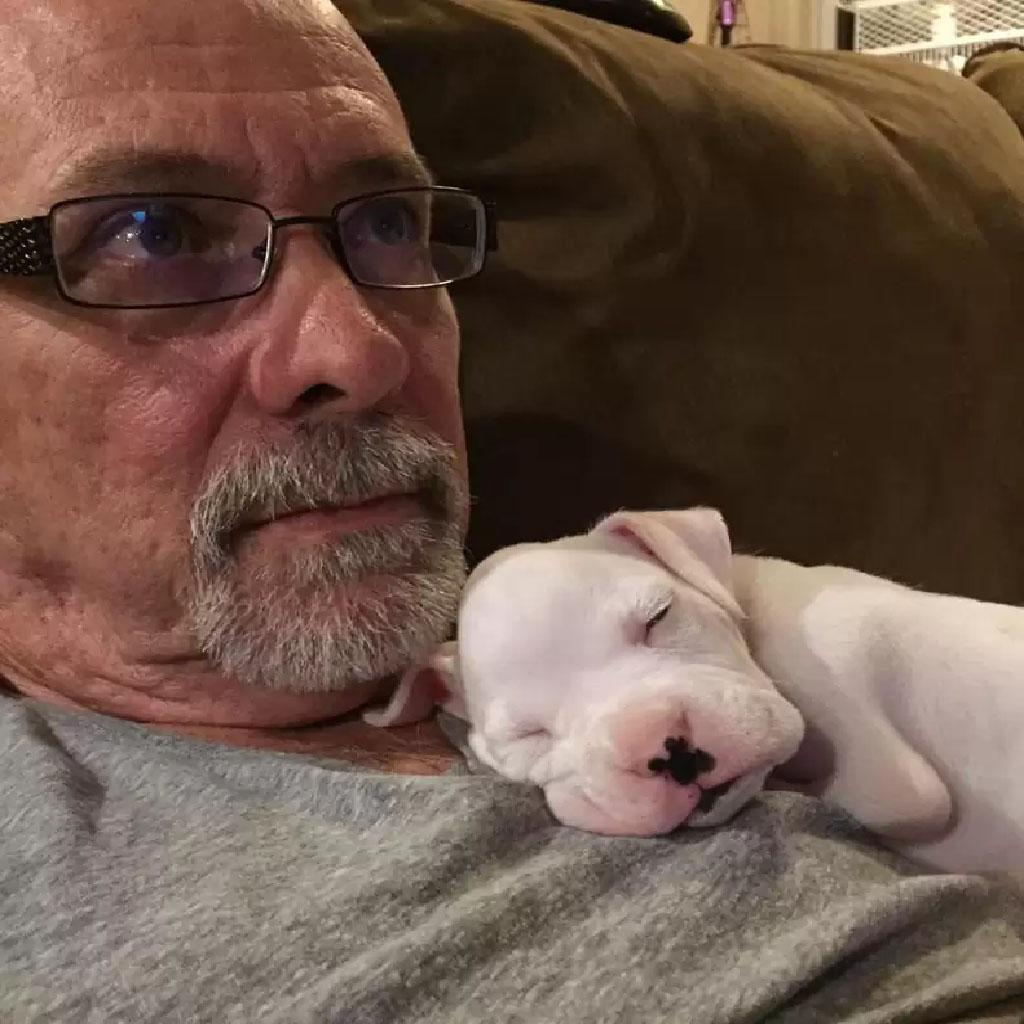 Day three came and went, day seven, day 10, day 16 and Nubby thrived. He thrived! His eyes opened, his ears developed, he found his sounds, smells, and voice.
It was uphill from there, though. After three weeks of flourishing in his new home, the puppy began to show signs of serious health problems.
Nubby stopped [ᴘᴏᴏᴘɪɴɢ] and started sneezing. He was blowing milk bubbles out of his nose and didn’t want to eat. They rushed him to the vet who confirmed the puppy not only had [ᴘɴᴇᴜᴍᴏɴɪᴀ], but also an “esophageal abnormality,” says Robinson. 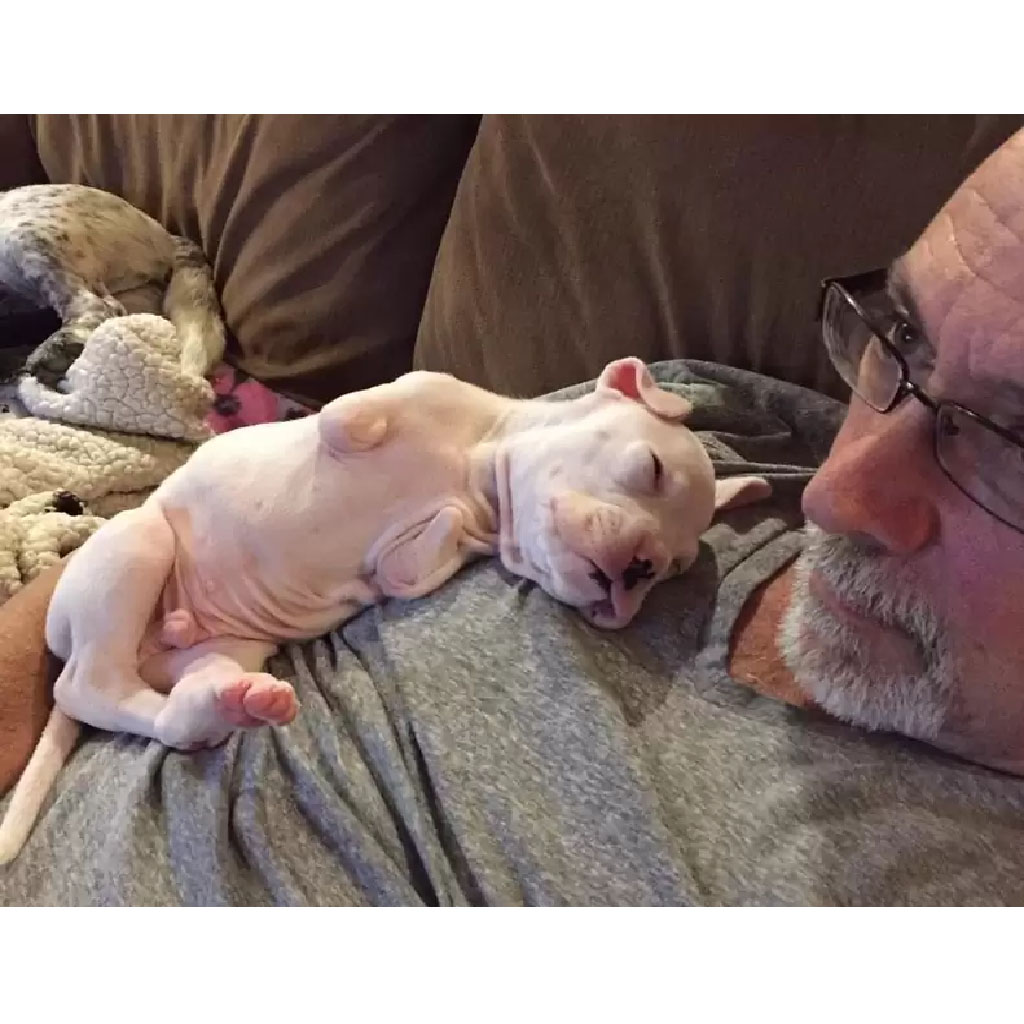 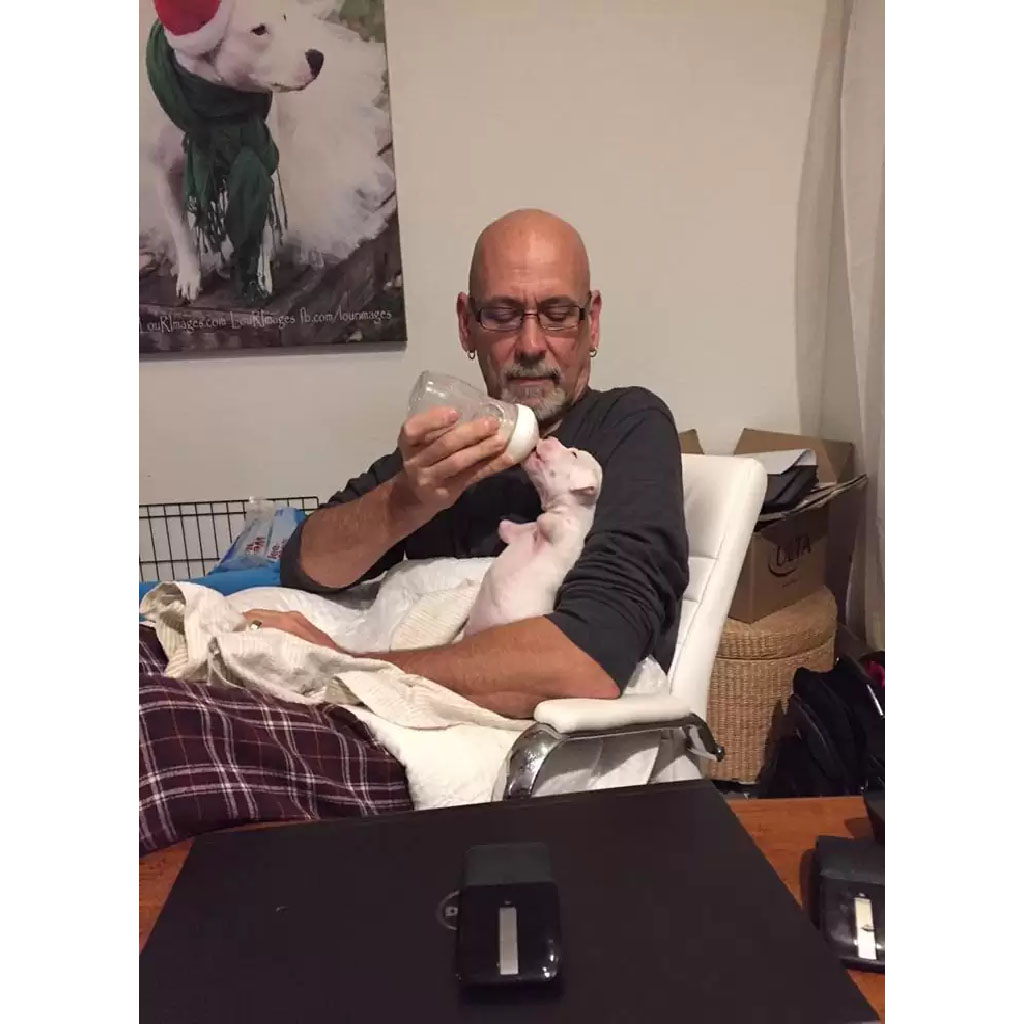 They brought the puppy in for X-rays, where they discovered he had an esophageal abnormality: a pocket had formed in his esophagus that was trapping his milk. After receiving treatment, the 5-week-old puppy began to show signs of recovering.
Now the doggie is back with his foster parents, and they are taking it day by day. He just turned 5 weeks old, and his favorite thing is snuggling with his dad. “As long as he has a chance at quality of life, we will fight to give him that chance.”

Nubby is back home now, with Robinson and her husband. He just turned 5 weeks old. 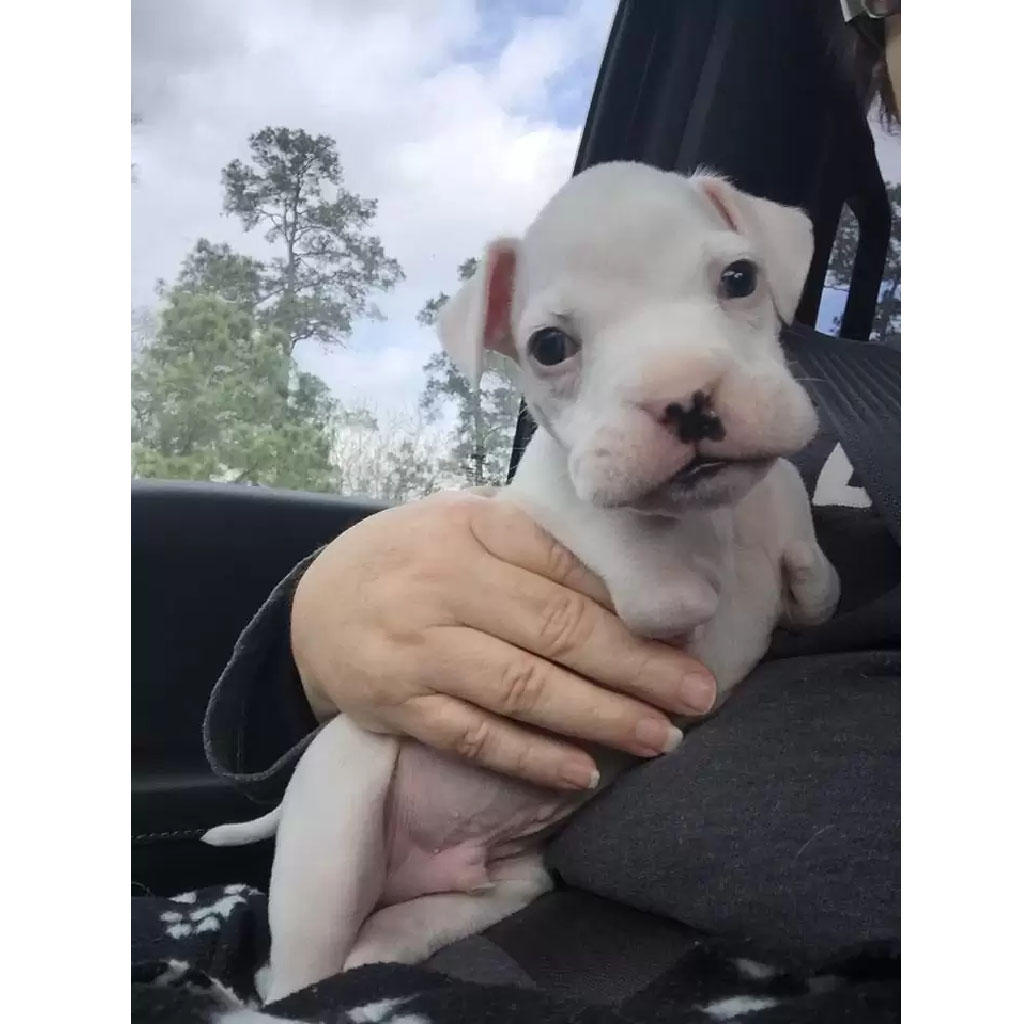 Nubby doesn’t seem to realize that he’s any different. He is smart. He is active. He is learning to do an army crawl and is trying to get up onto his back legs by pushing off from his face. He seems frustrated – “pissed off,” is how Robinson puts it – not to have mastered this move, quite yet. 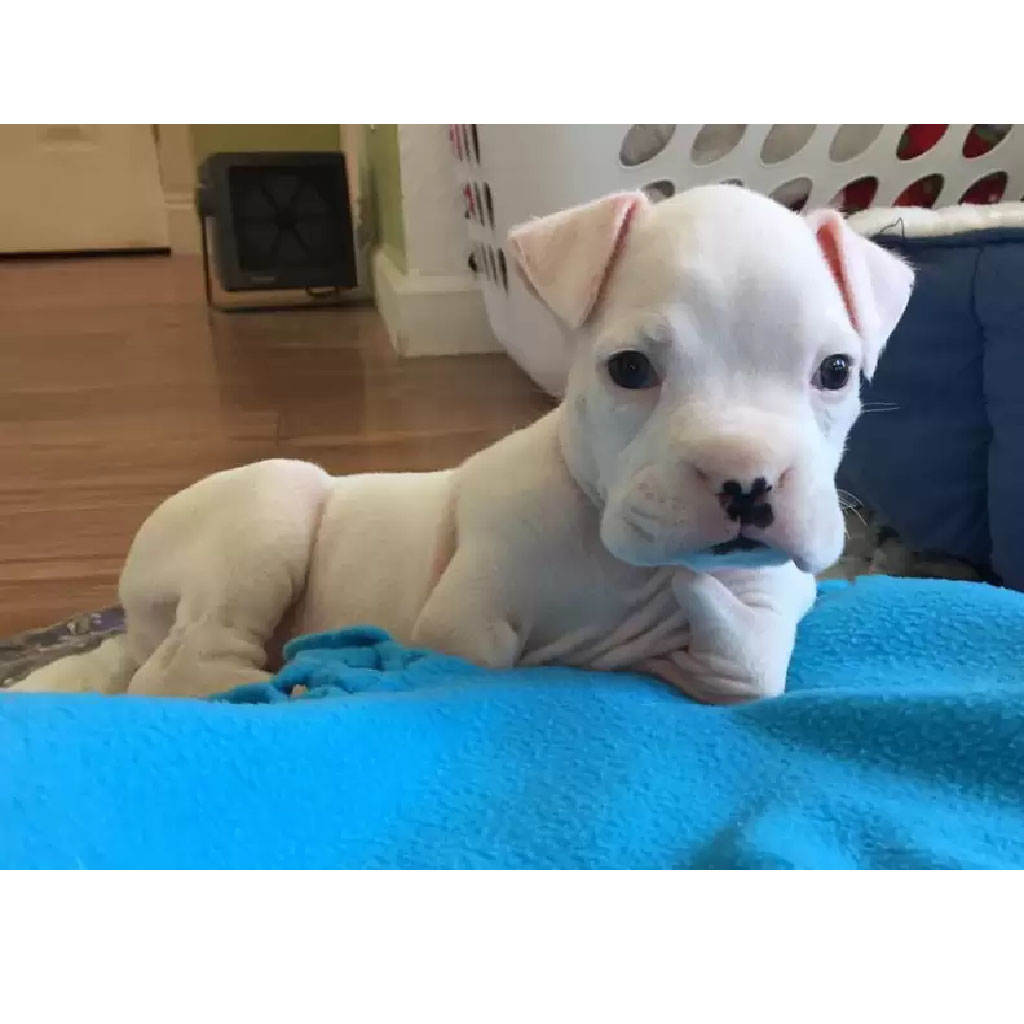