In the summertime, we should never underestimate the heat. It can sometimes be so unbearable that it becomes dangerous for both animals and us. This is just what happened with one poor German Shepherd. In June 2020, the dog was seen lying on the ground, gasping for breath and showing clear signs of heat exhaustion. 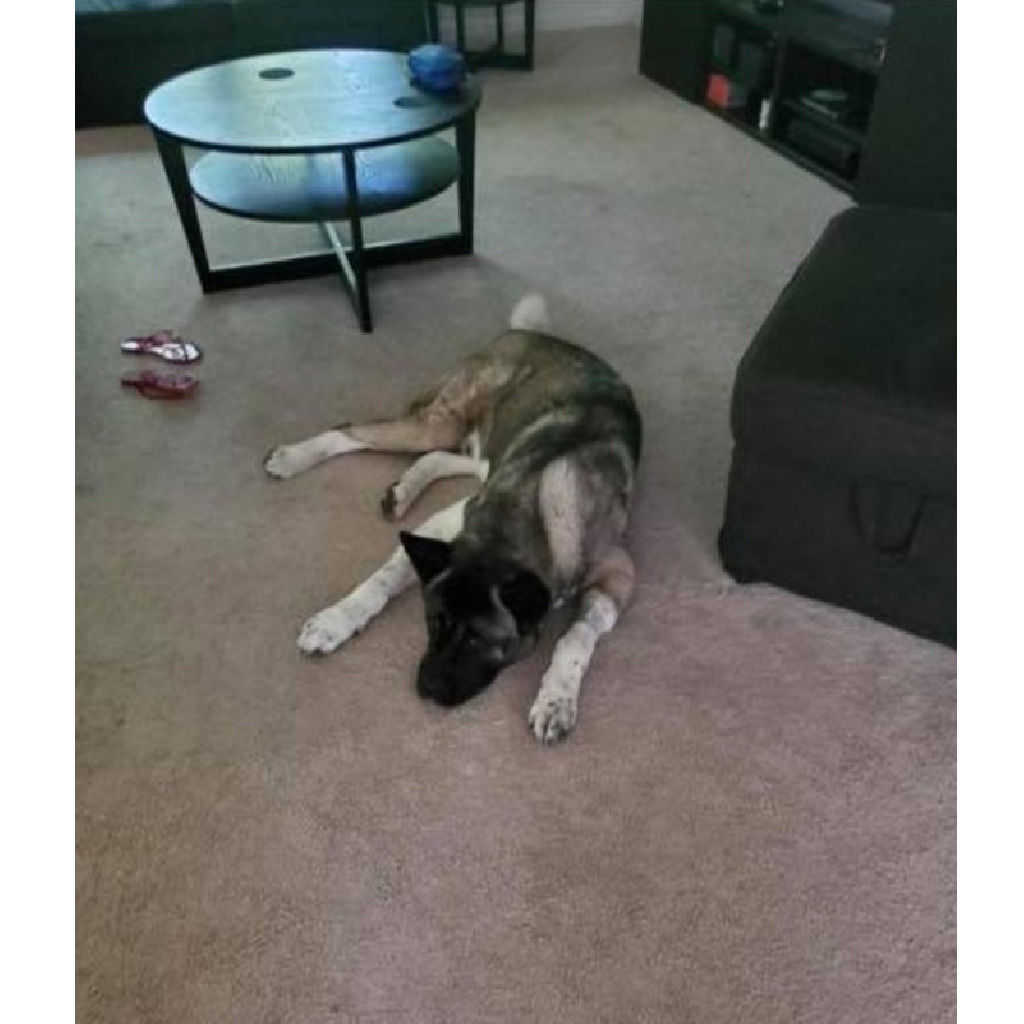 As temperatures soared in the mountainous hills of the Delaware Water Gap National Recreational Area, a struggling, dehydrated canine needed help — luckily, one was ready to go. Lexie Daniel and a group of hikers encountered a man last week whose dog appeared to be severely overheated and dehydrated. The pup and his pet parent were enjoying a hike on Mt. Tammany together when the pup began overheating. However, even after giving all of their water supplies to the canine, they were still afraid that it wouldn’t be enough to keep the pup going after seeing how bad a shape he was in.

Salapek is a mountain ranger, and when he was made aware of the emergency situation, he quickly jumped to action. Salapek knew that there was a cold stream further down the mountain, and if he could just get the pup there, he might be able to cool it down. 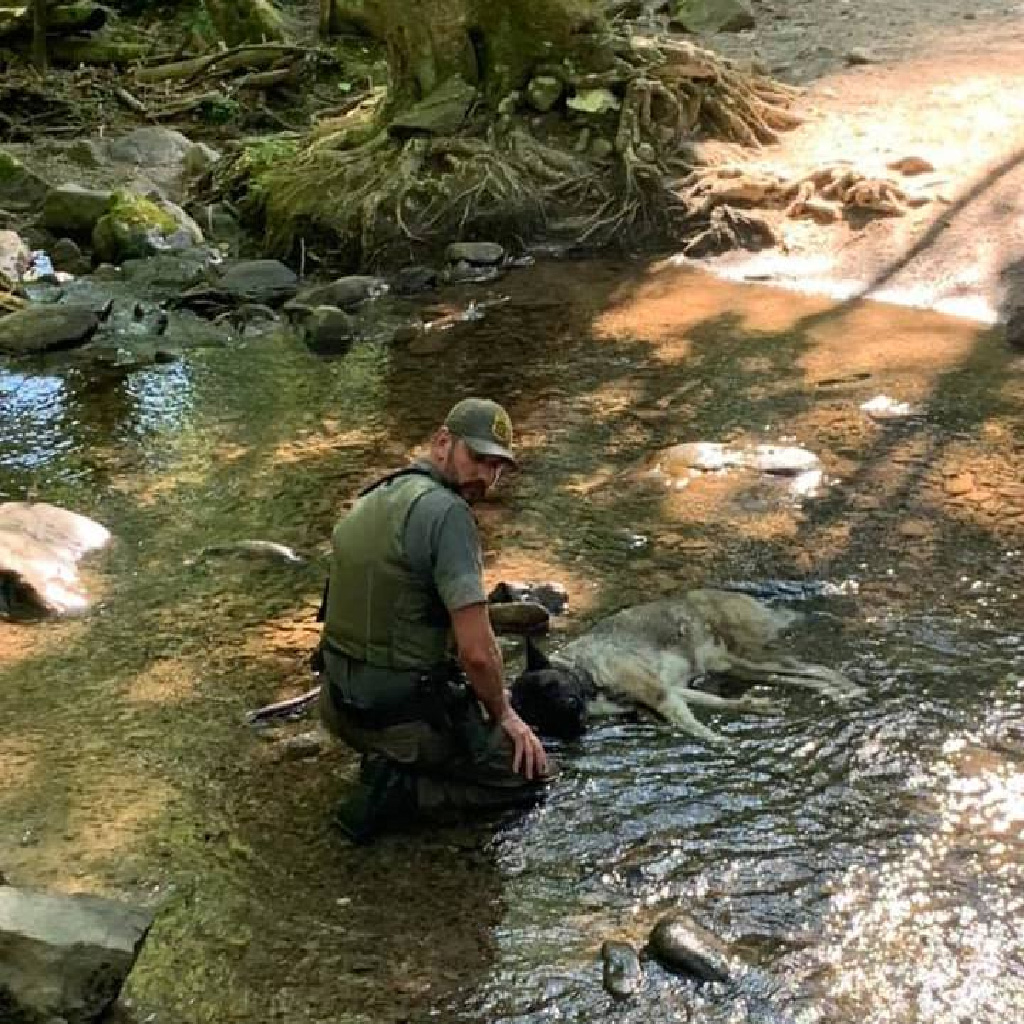 After stopping by the stream, the ranger threw the dog over his shoulders once again to walk for more miles to reach the street down below. It was a struggle as park ranger Salapek, carrying a 100-pound dog, walked down an incredibly rocky path. Despite that, Salapek was determined to save the dog’s life and he did it. 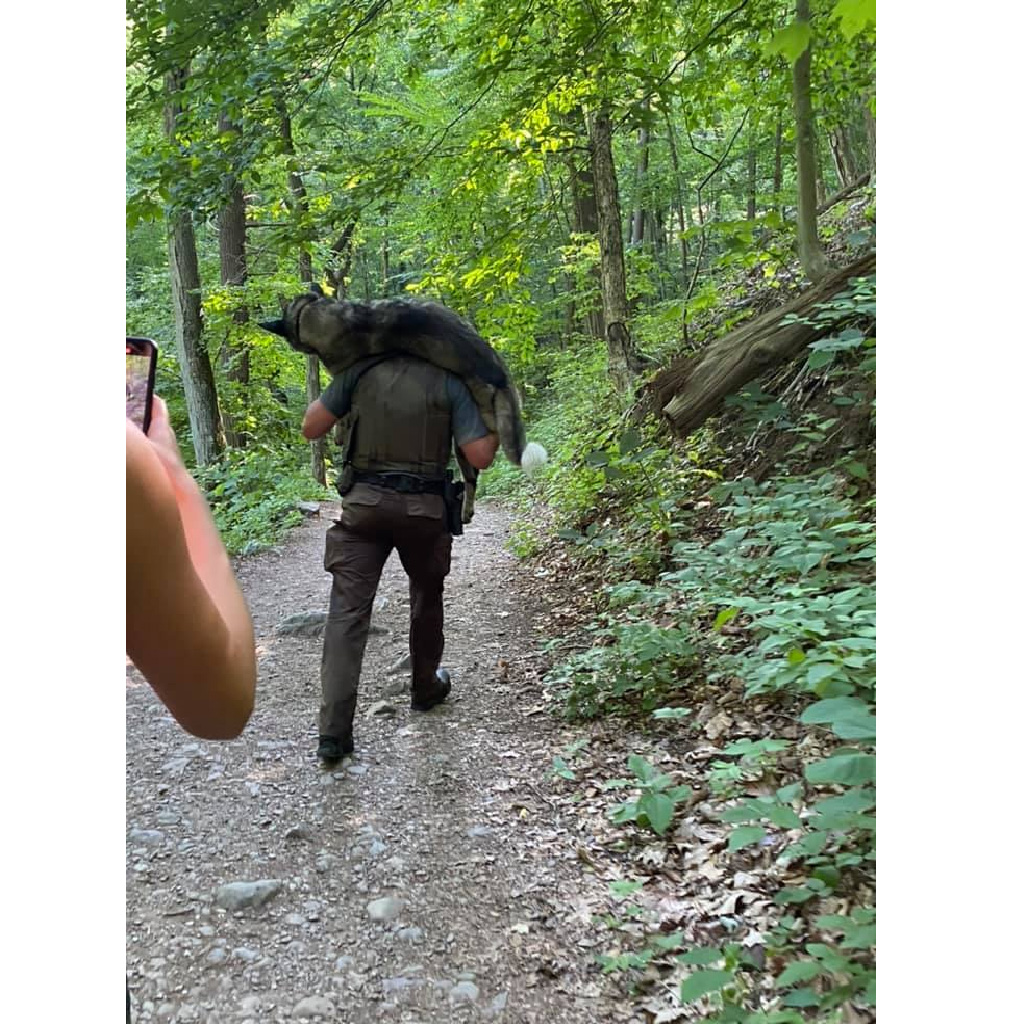 And so, Salapek hoisted the 100-pound German Shepherd onto his shoulders and began the arduous journey down. 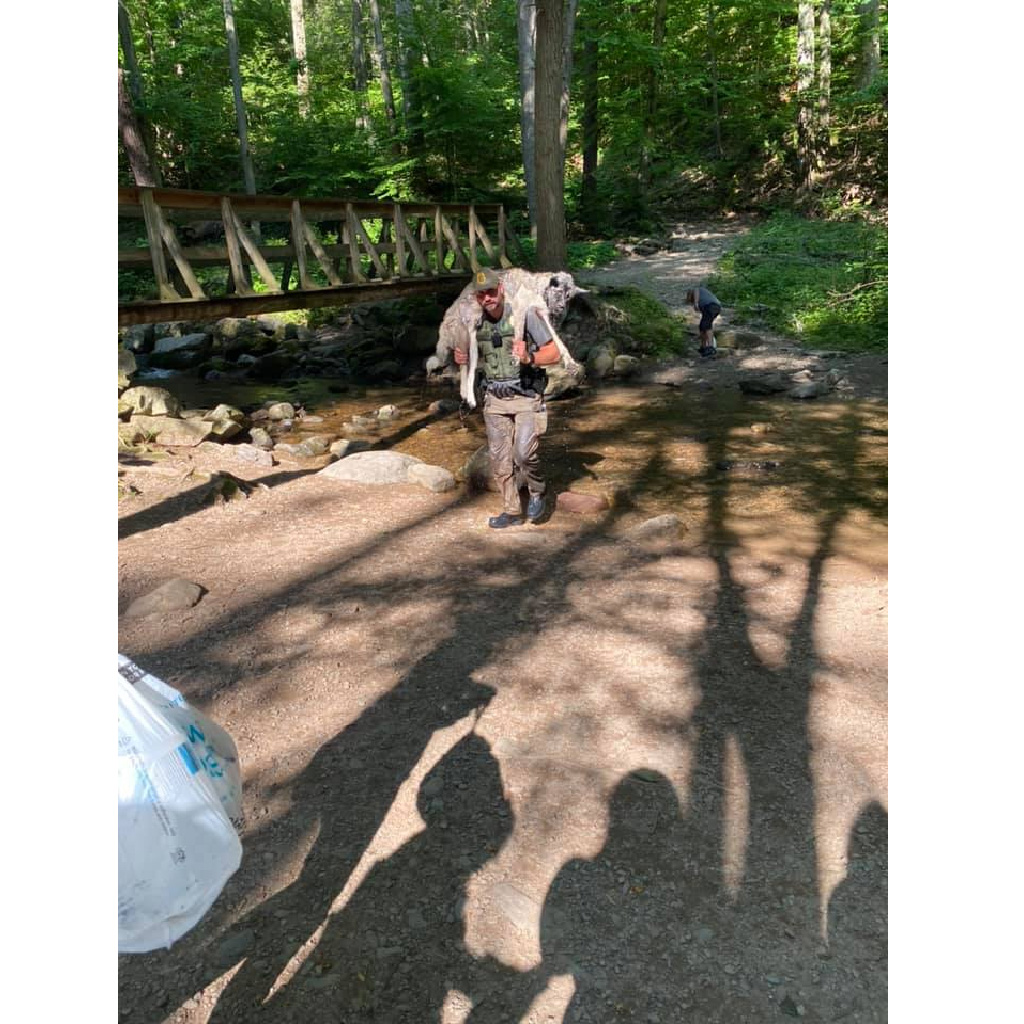 When he reached the stream, Salapek placed the exhausted pup on the ground and carefully began pouring water over it. By doing that, Salapek managed to cool the pup down enough to survive the remaining journey. 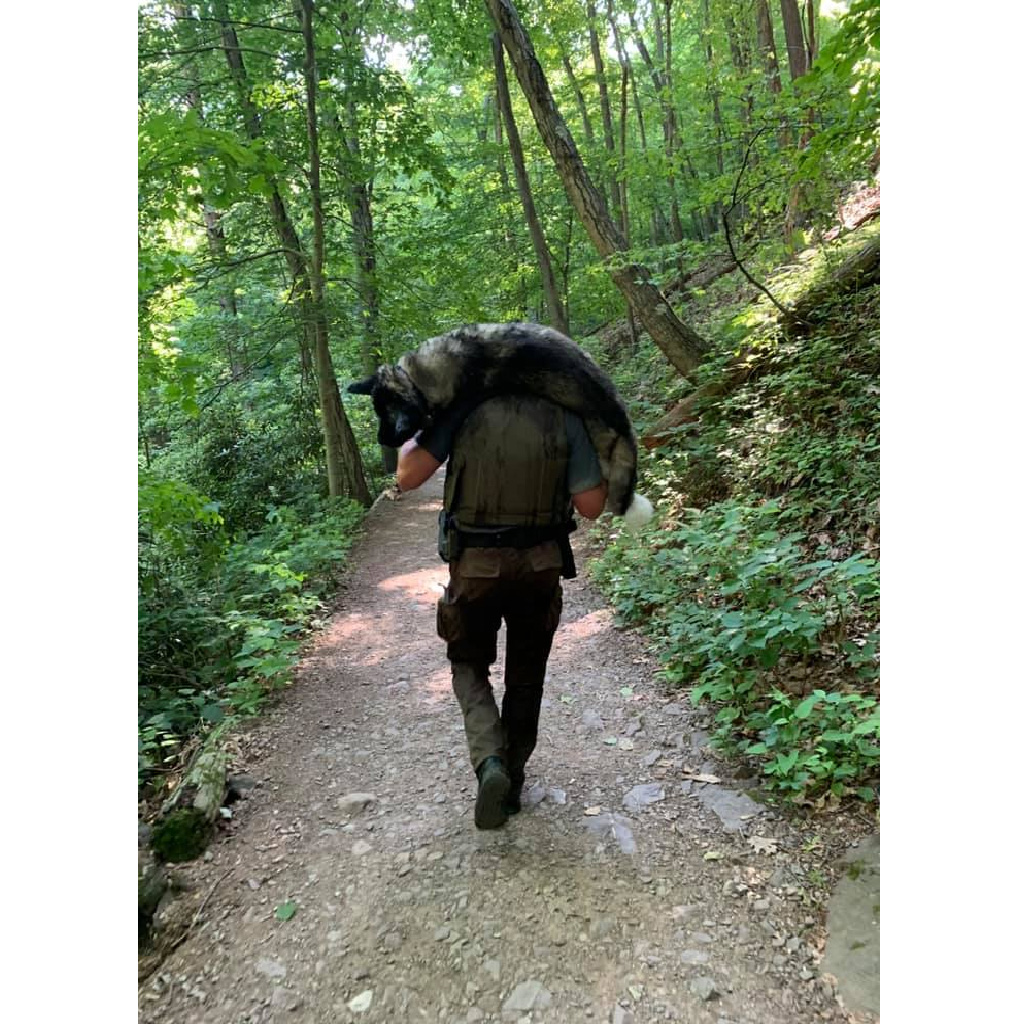 Now, the pup is safe at home, and his family is forever grateful to Salapek. There aren’t many people who would have had the strength and determination that Salapek showed that day on the mountain, and he’s nothing short of a hero.