Bethany Castiller and her family visited their local shelter one day with the idea of adopting a dog.

A puppy named Mako caught their eye and they must’ve caught his eye too because he immediately let them know that he wanted to go home with them. 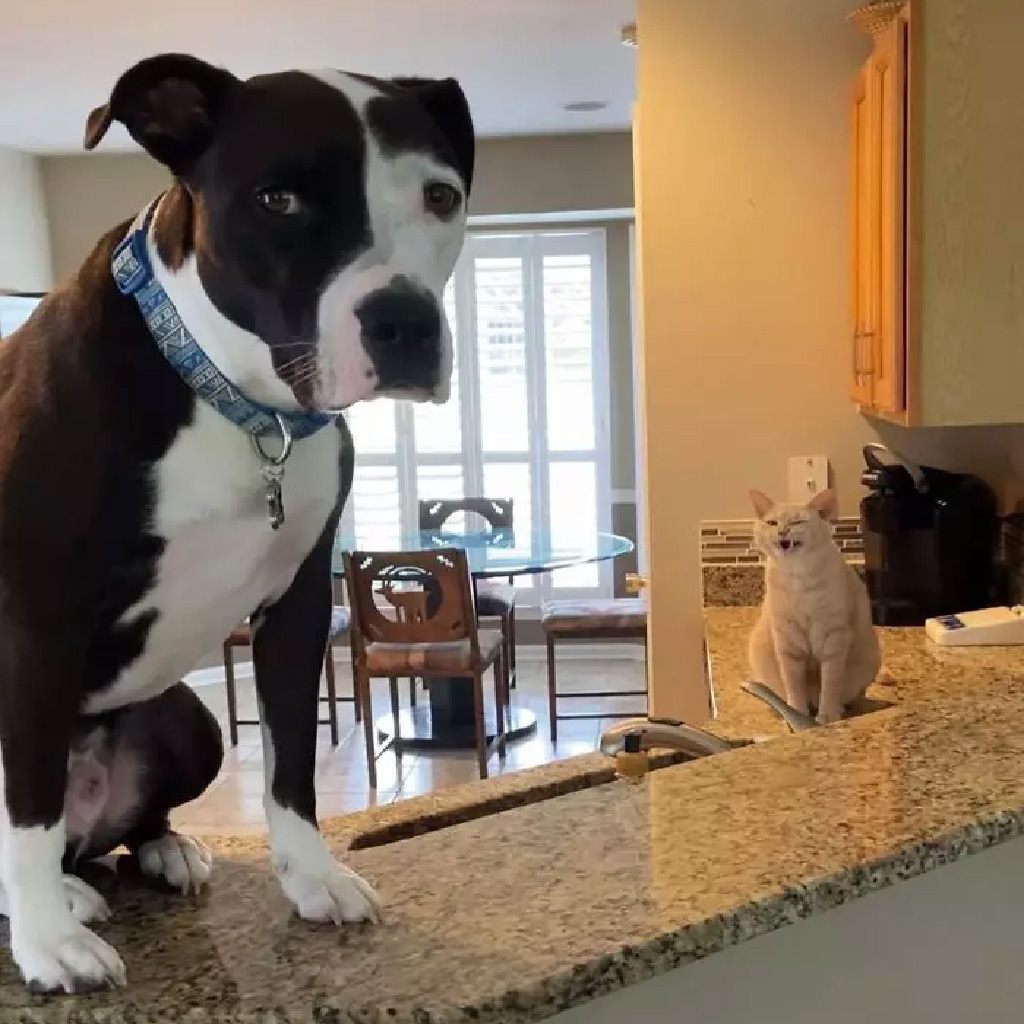 Mako, a two-year-old pup that Bethany and Samantha Castiller adopted him from a shelter loves following his cat siblings no matter where they climb – even if that means on top of the fridge. 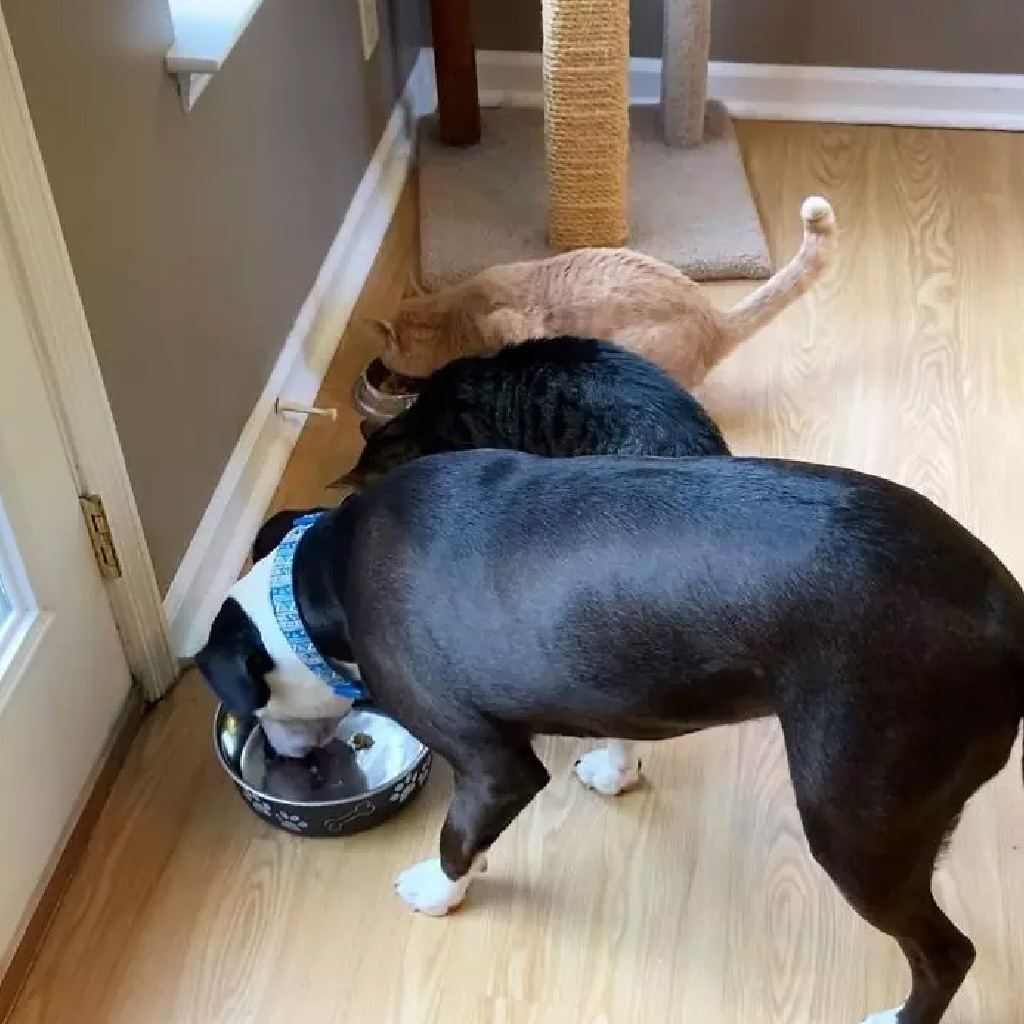 What is a dog-cat you ask? Well, Quite simply a dog-cat is a dog that thinks it’s a cat, and although an ᴇxᴛʀᴇᴍᴇly unusual phenomenon; Beth and Sam Castiller are sure that they harboring one of these rare batesᴛs under their very roof.
Mako copies his cat siblings at every opportunity 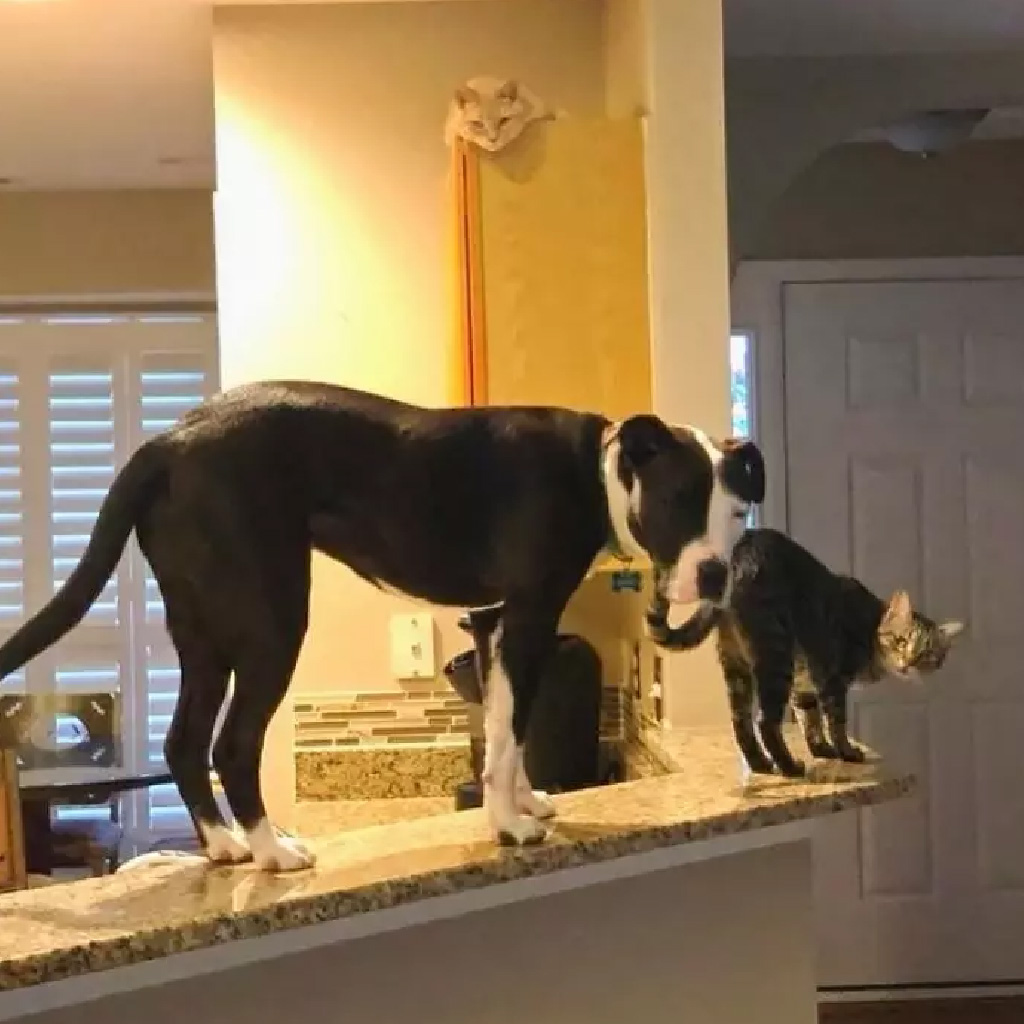 He climbs wherever the cats do, and his owners believe it’s all because he loves them so much he just wants to hang out with his cat pals no matter where they are. 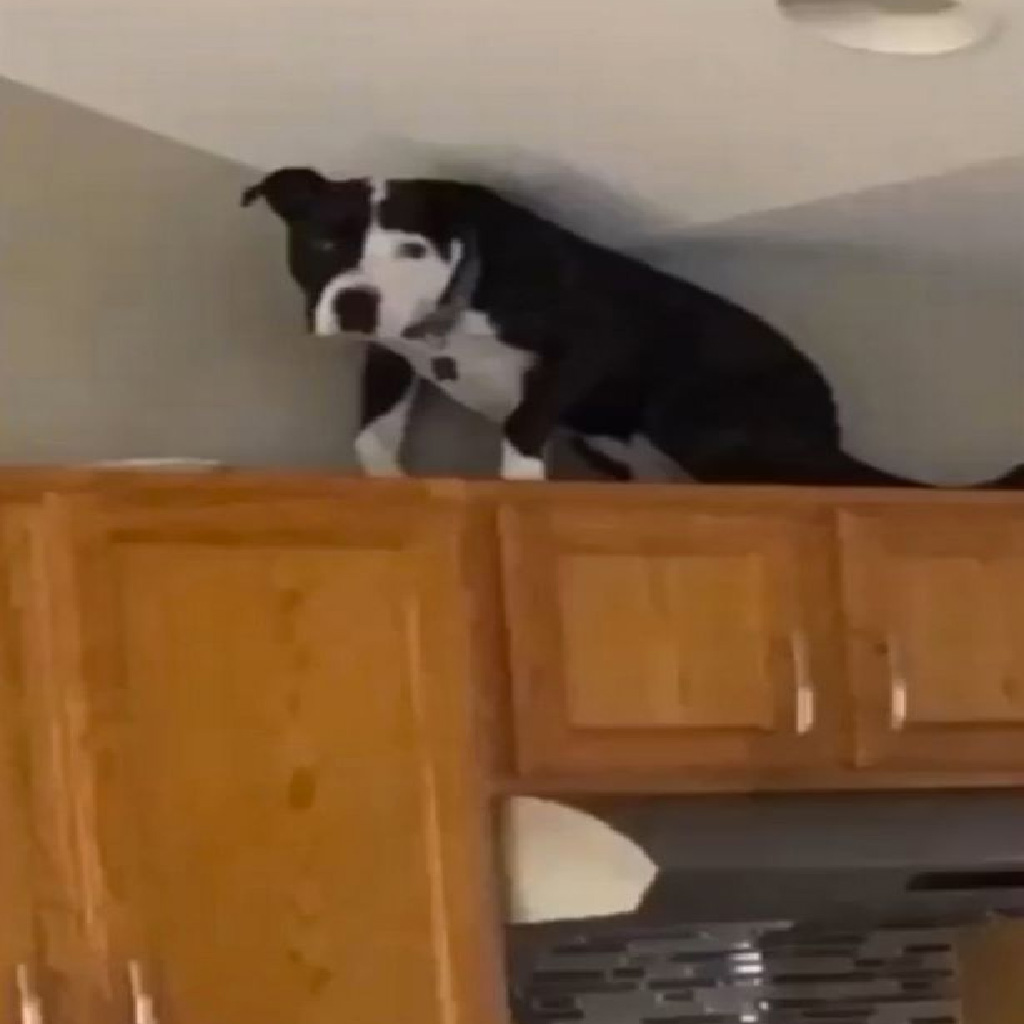 “They would be on the counters and he would jump up there with them,” Bethany said. “He just wanted to be around them all the time.” 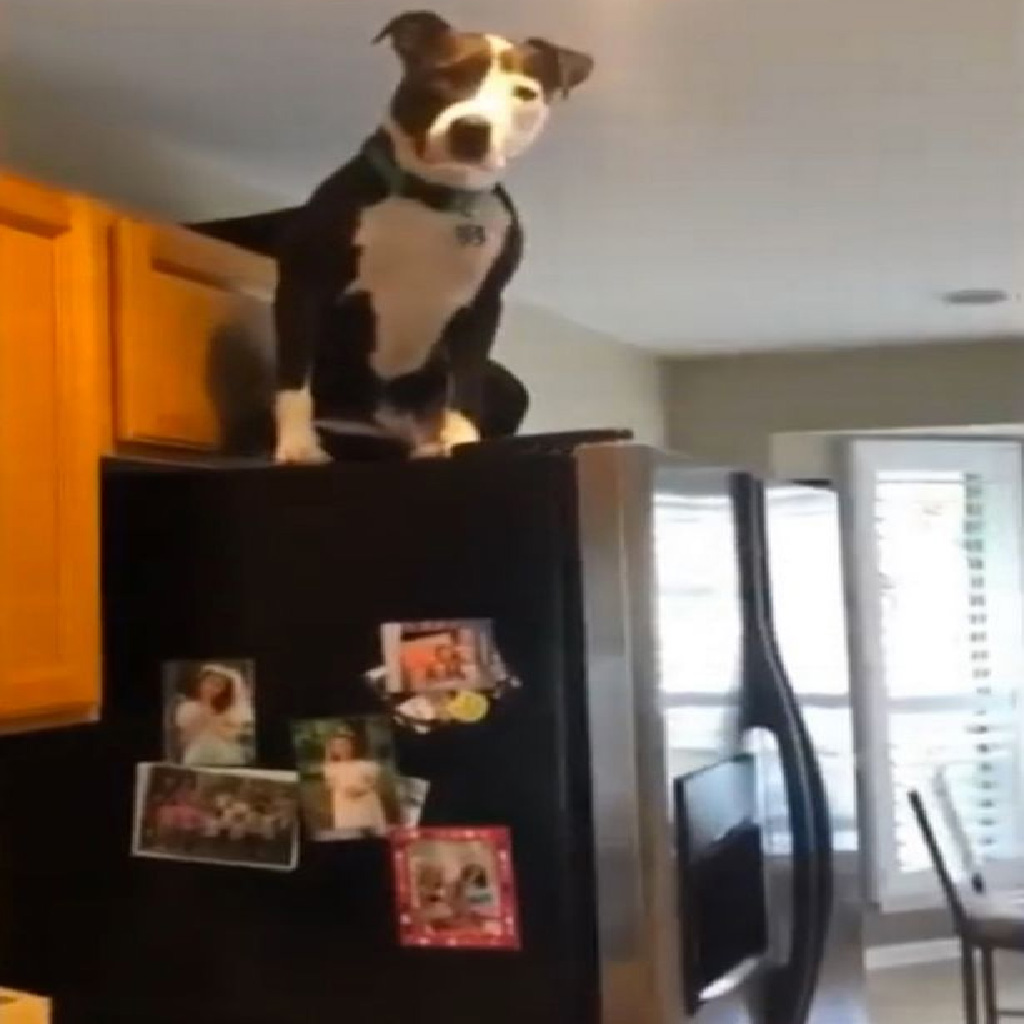 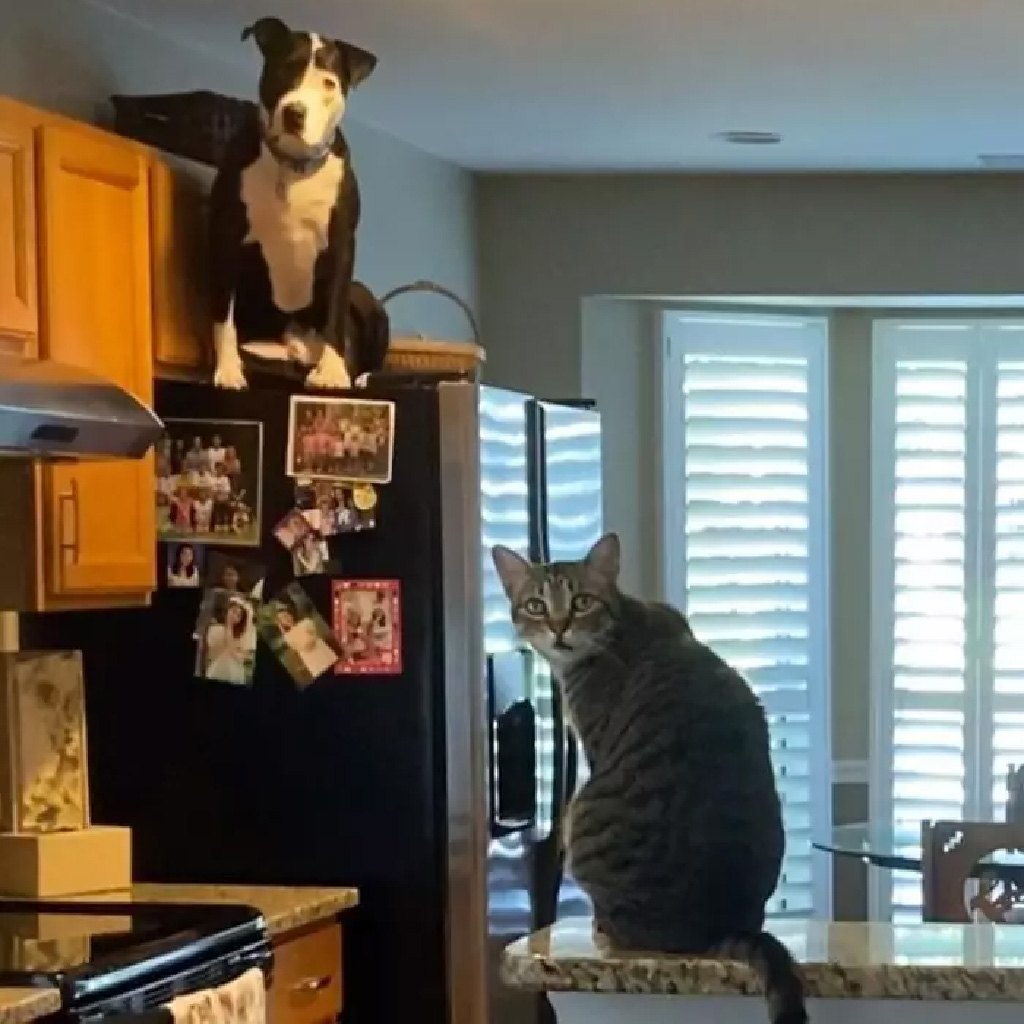 Fortunately, Mako’s strange behaviour didn’t seem to bother any of the Castiller family who welcomed the pup with open arms.