Friendship between animals is common. But what if it comes from animals of different species? An interspecies bond is always worth admiring. These animals sense love and care of each other, gradually lay trust in each other, and a beautiful friendship blossoms. Just take the baby cow and the giant turtle in this story as an example 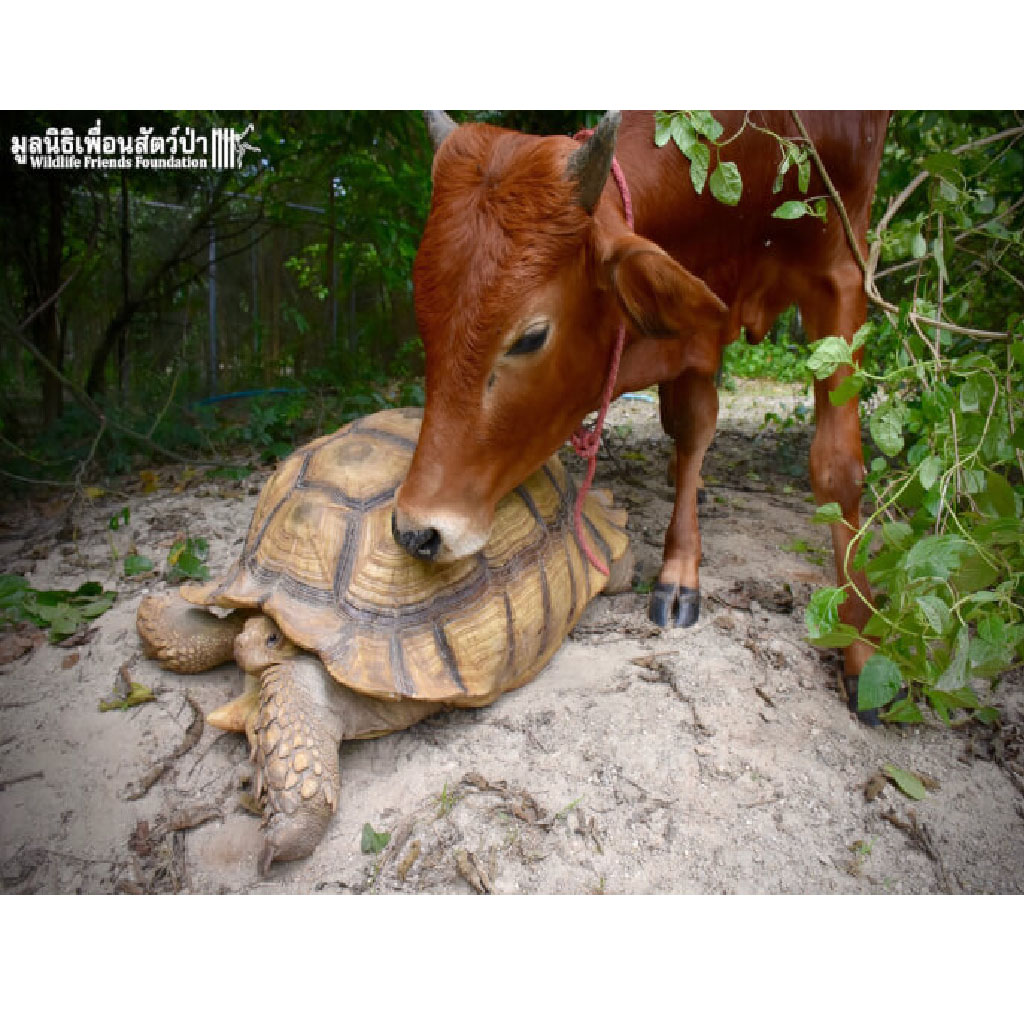 When Leonardo, an African spurred tortoise, was rescued from a zoo closing in Bangkok, Thailand, he had no idea what the future held. He went to the Wildlife Friends Foundation Thailand (WFFT) Rescue Center, which has given hundreds of animals help and sanctuary when they had no place to go. Since his rescue in 2013, Leonardo became comfortable and happy with a sanctuary life. 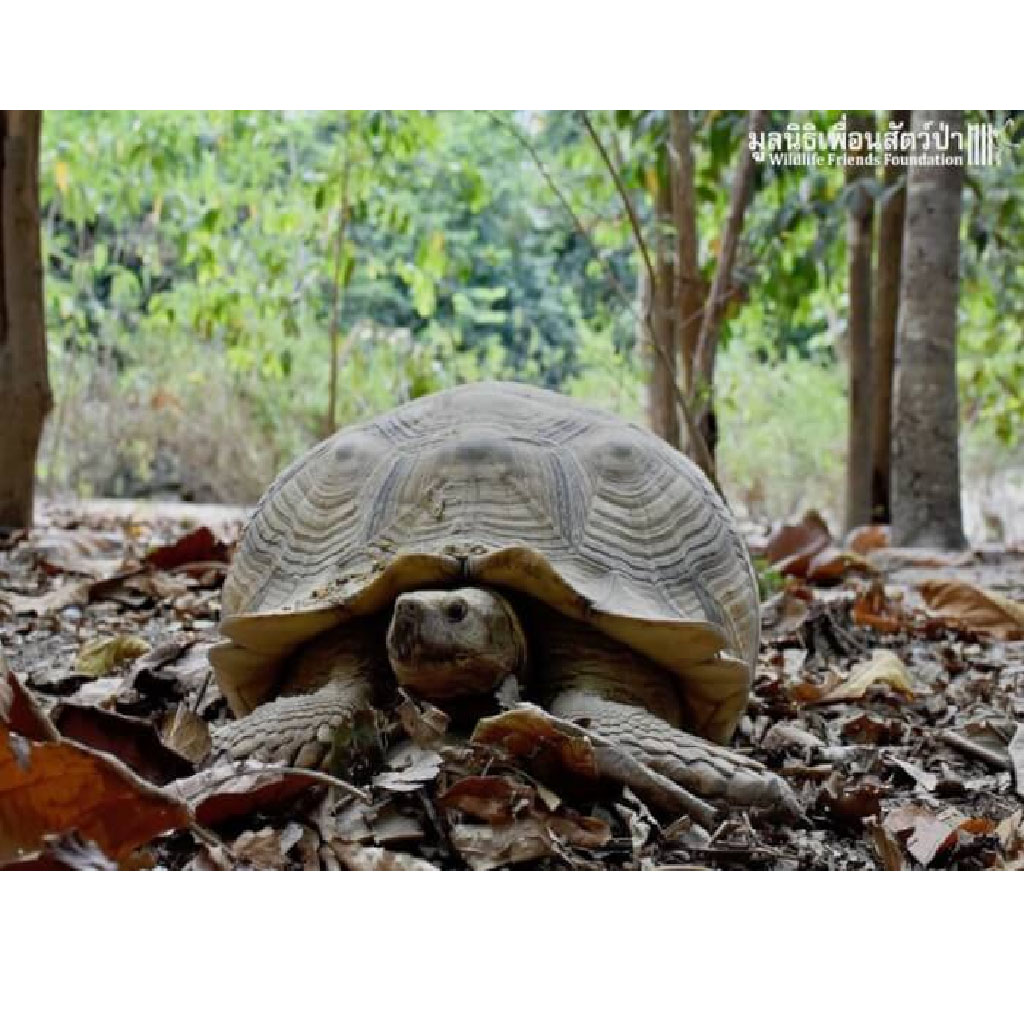 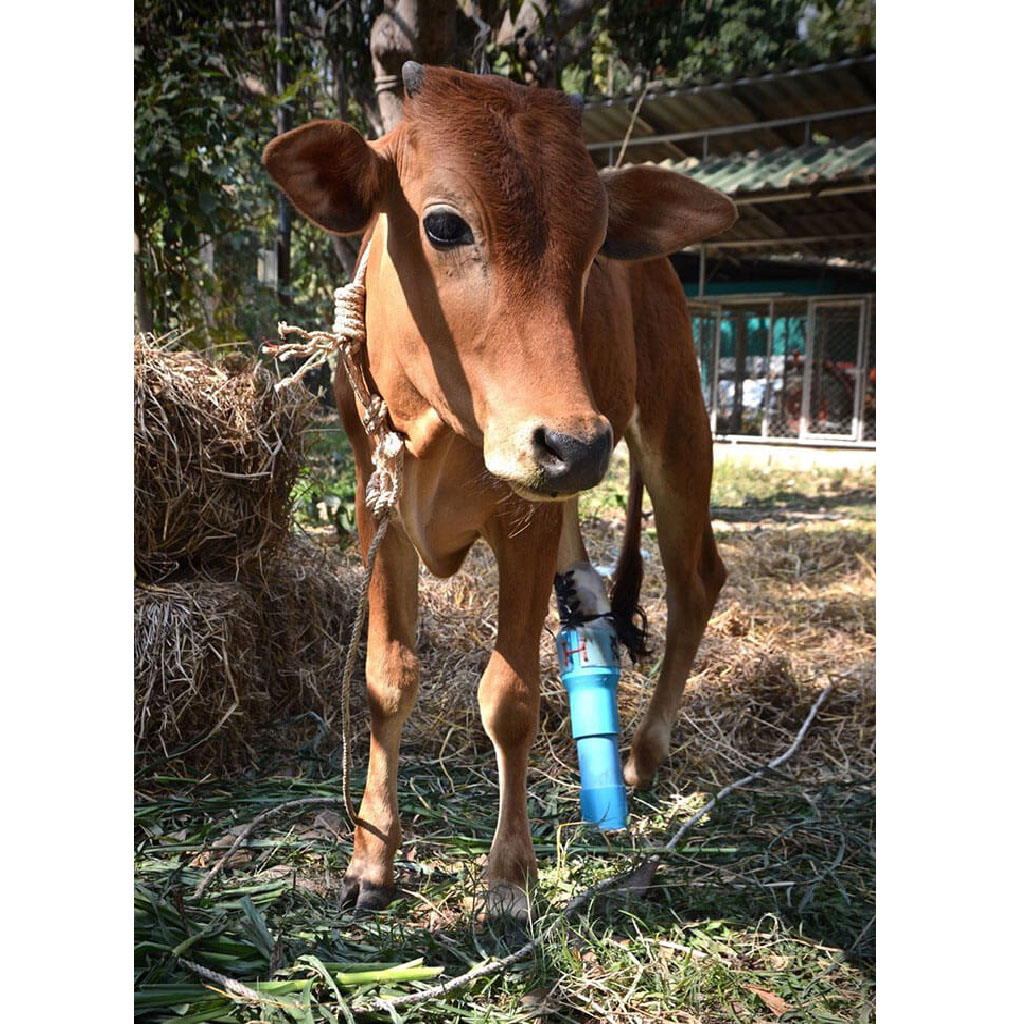 To help the injured baby cow recover quickly, the staff at WFFT placed him in a large open enclosure then transferred him to a field where they housed two other rescued cows.
Simon had already met Leonardo. The baby cow and the huge turtle became great friends after meeting numerous times. 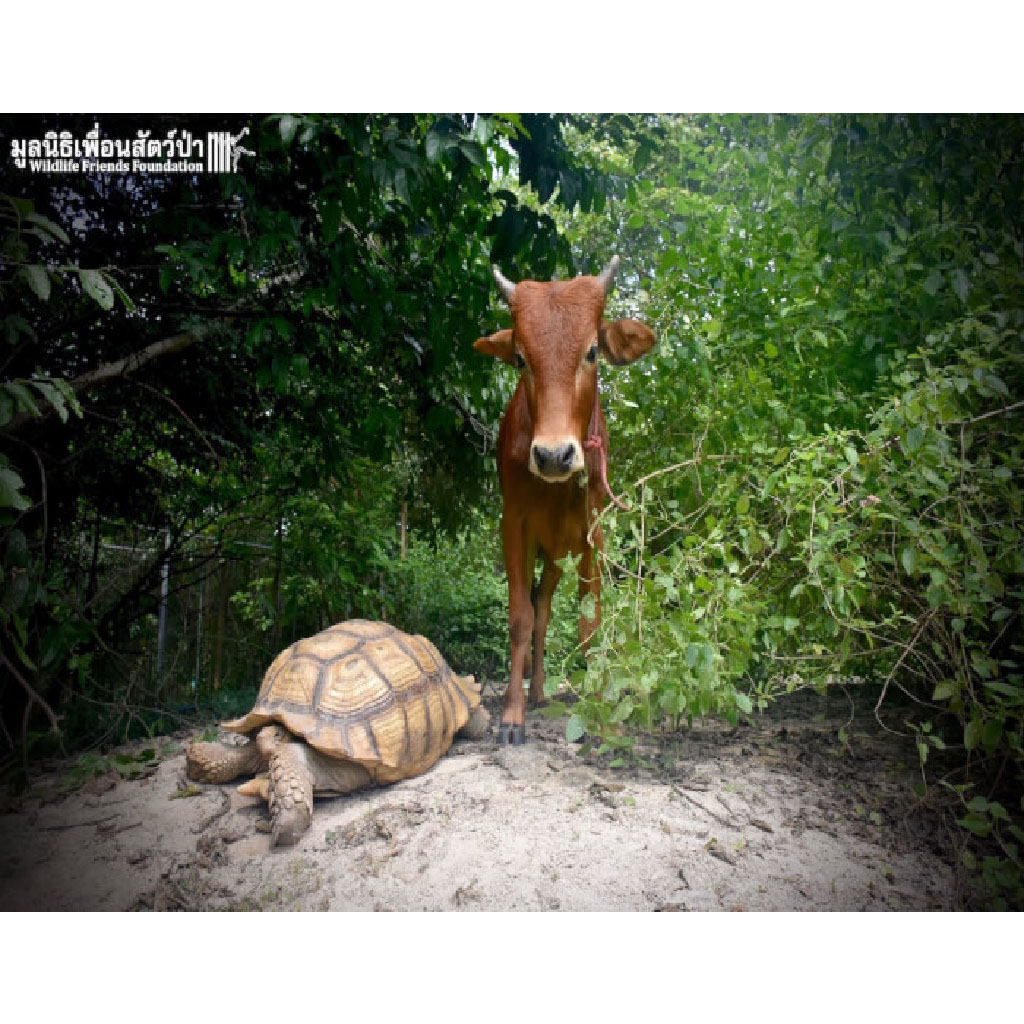 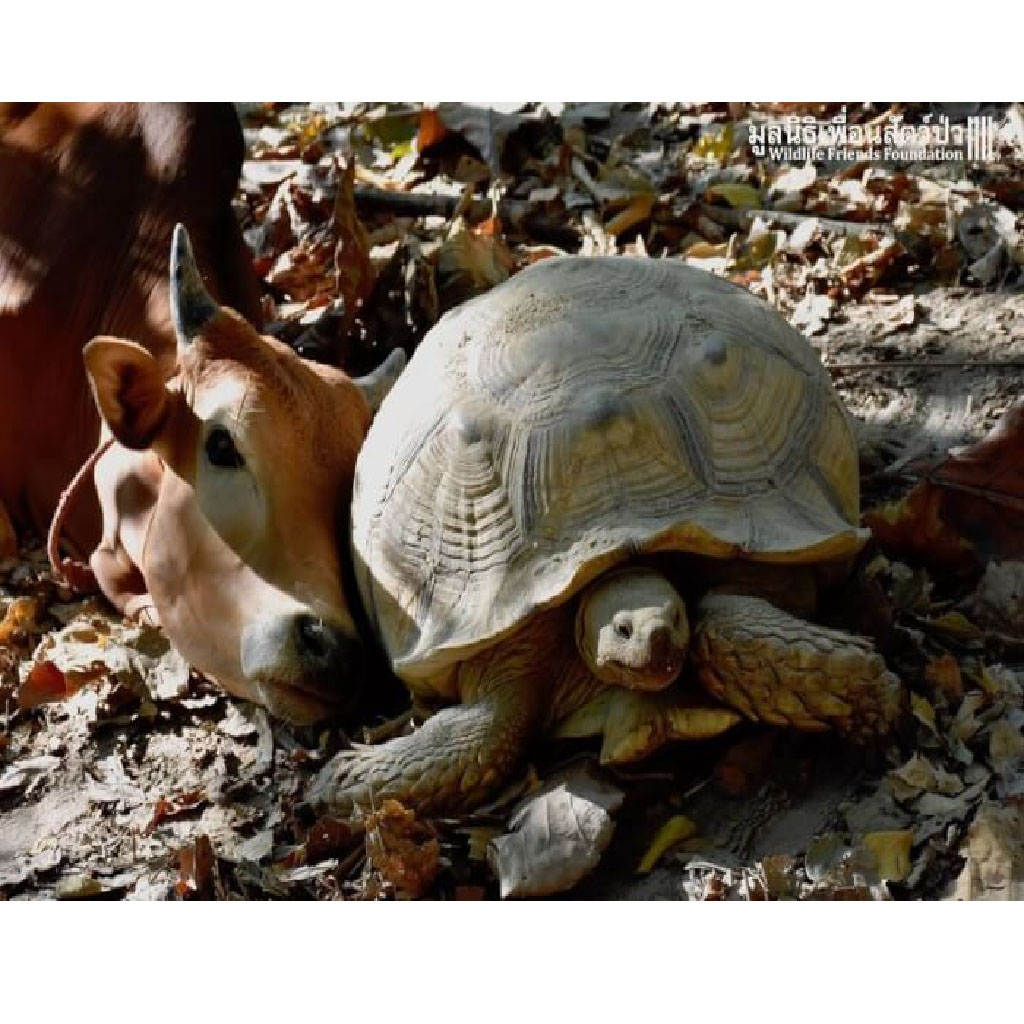 “We decided to house him temporarily in a large open field enclosure within the WFFT Rescue Center where he could recover from his ordeal,” WFFT wrote. “We had then planned to move him into a field where we house two other rescued cows.” 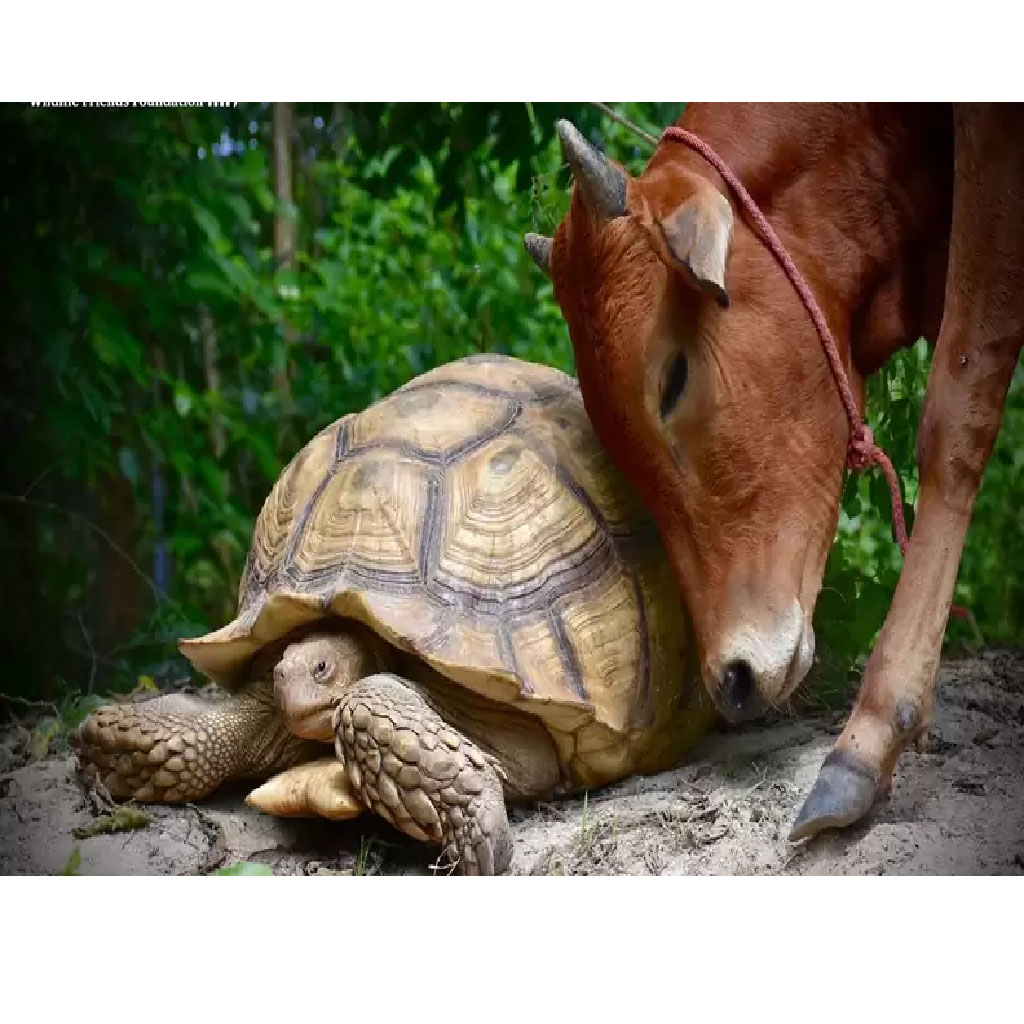 “They are often seen following each other around, sharing meals and resting together,” WFFT wrote. “We hope this unusual friendship continues to flourish.”