A Russian couple shares their tiny apartment with a large, unusual companion. And besides its large stature, the 90lb puma also has a big name. He is named Messi, one of the biggest names in soccer’s history. The Russian couple first spotted Messi at the Saransk Zoo in Penza when he was just eight months old and decided that they had to have him. Back then, the beautiful cat was only eight-months-old. 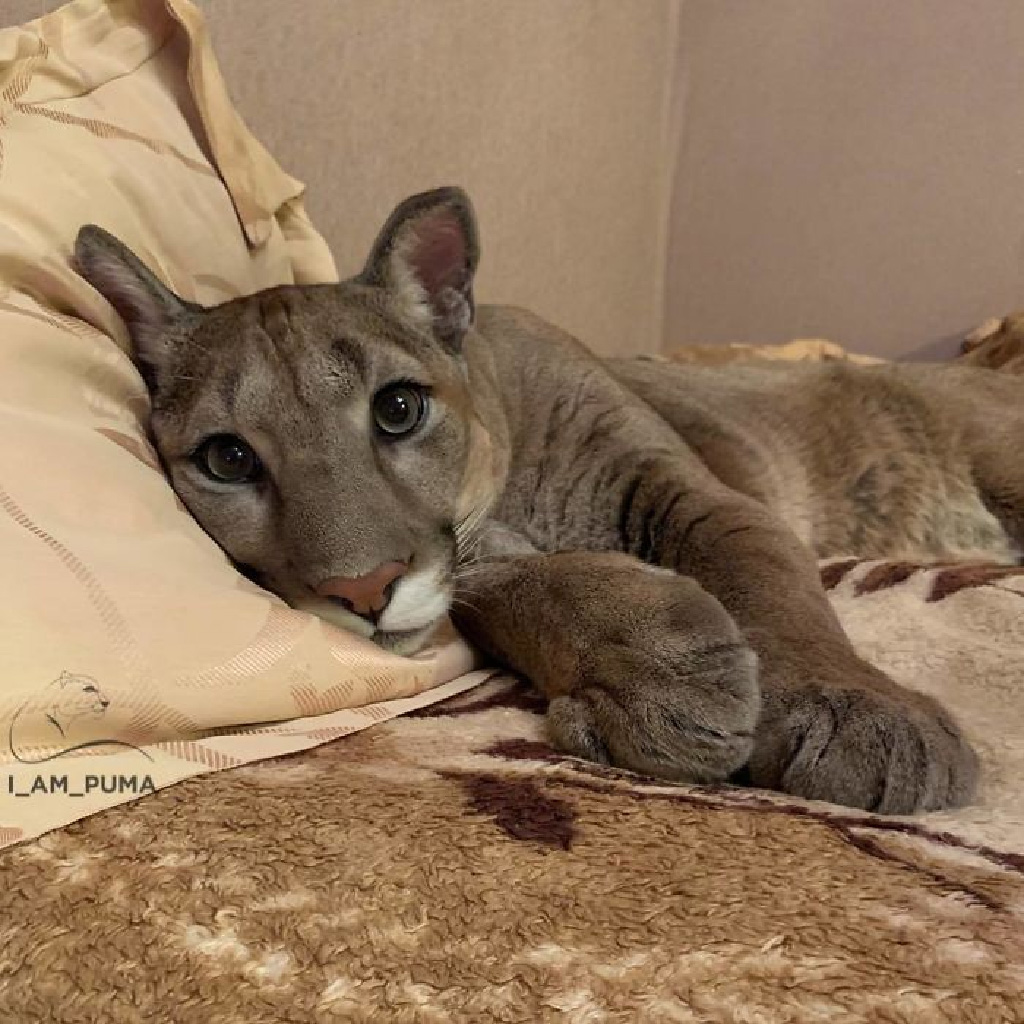 According to his wife Mariya, Aleksandr, 38, had always dreamed of owning a big cat,

“He always thought about having a lynx – never a puma. It’s hard to explain but we believe that having this puma as a house cat is part of our destiny.” 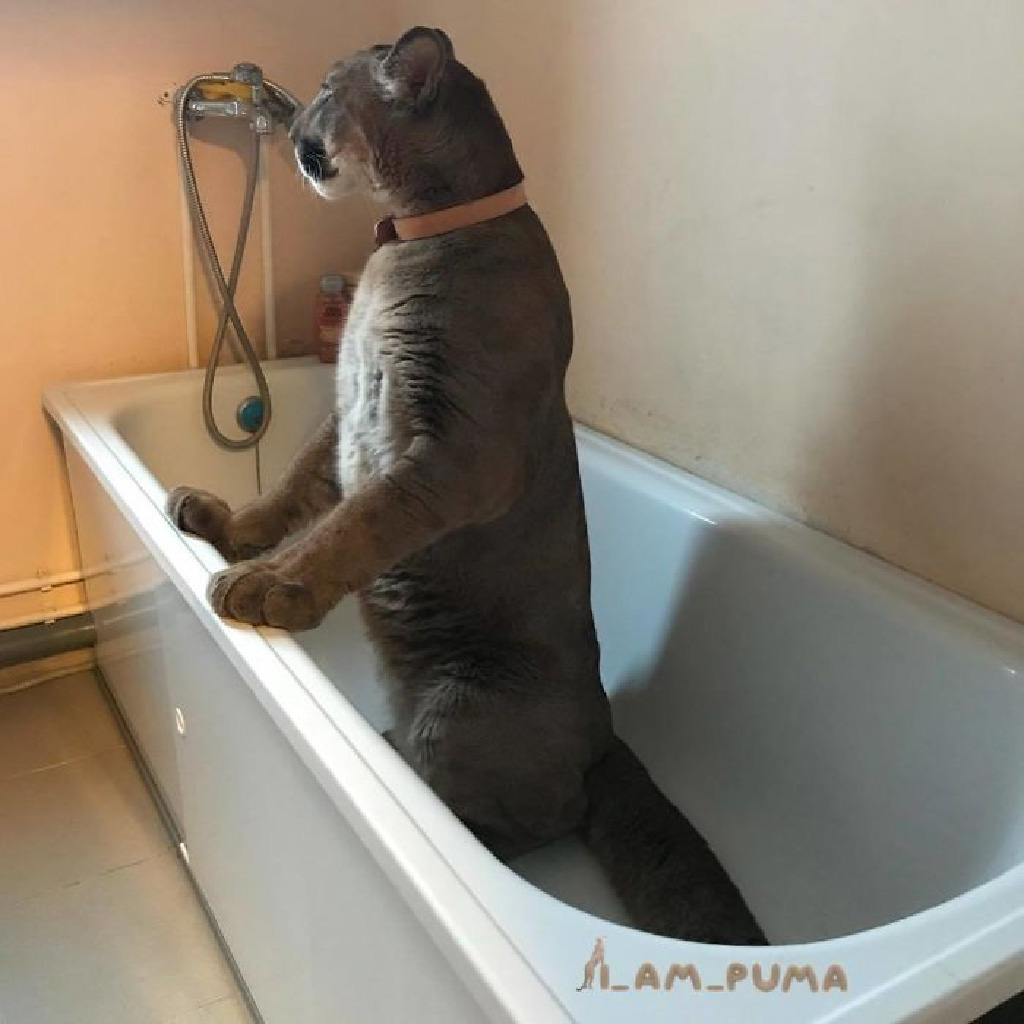 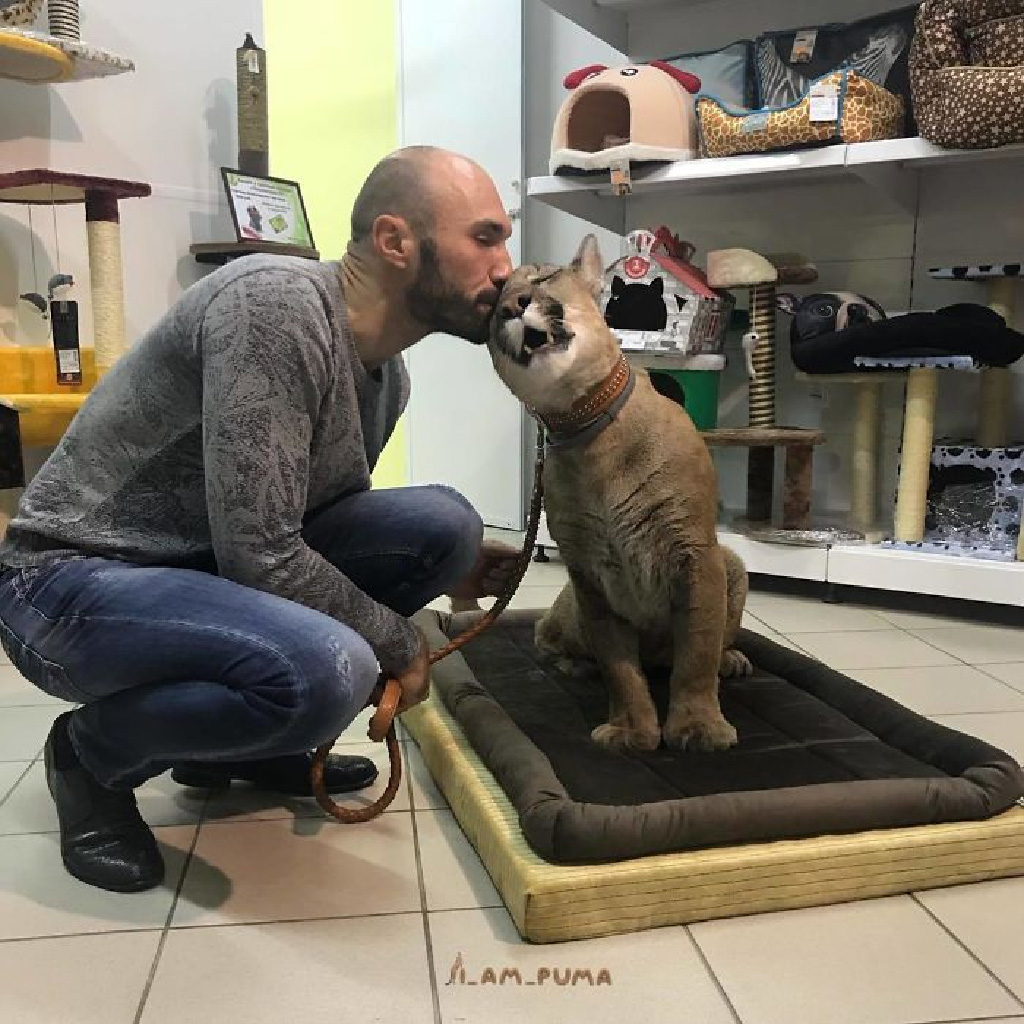 “We had three days of thinking hard about whether it was moral to keep a puma, and whether it was common sense to have one. But nothing could fight our sudden wish,” Mariya, 28, told the Mirror. “So we went to the zoo and started negotiations to buy Messi. We were surprised ourselves when they agreed.” 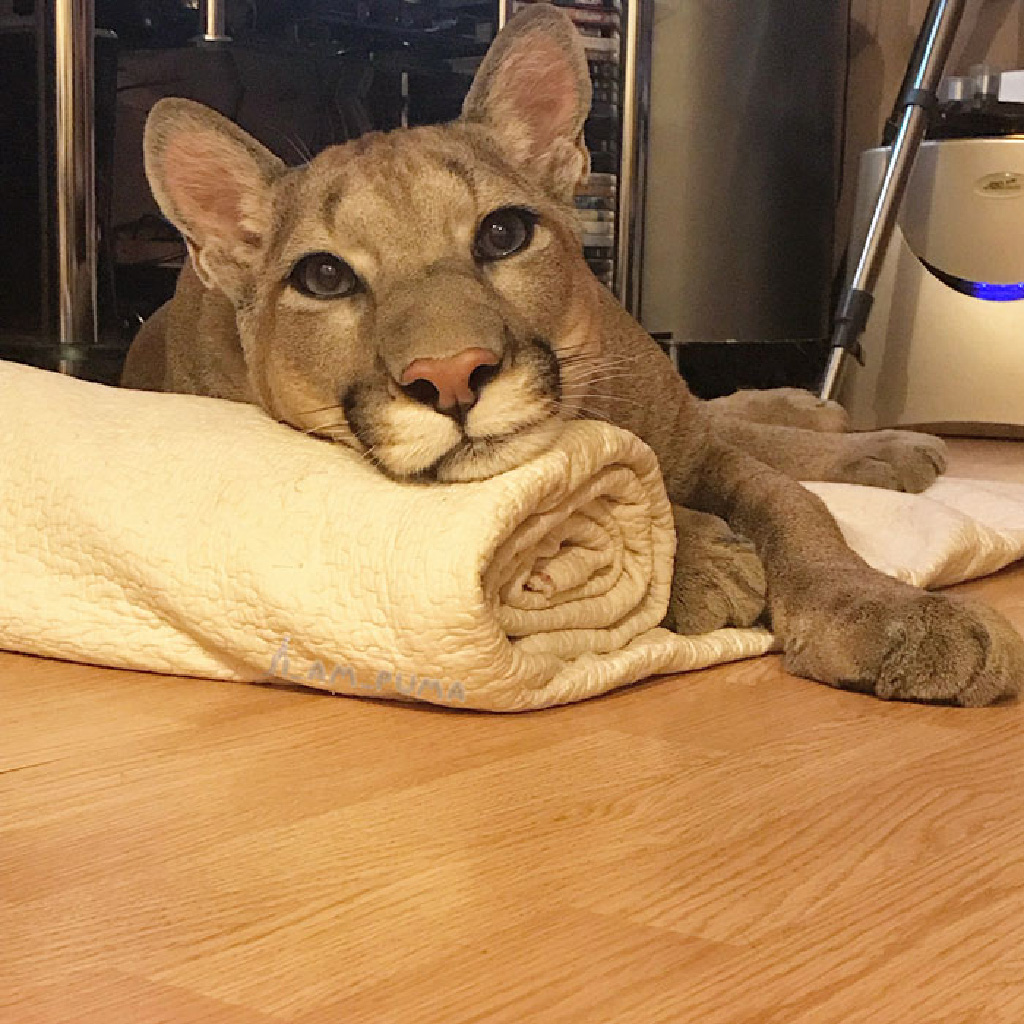 Taking on the care of Messi was a challenge in many ways. Beyond being a wild animal, the cat needed extra medical attention and care, “‘he was quite weak and demanded a lot of attention,” said Mariya. Even though the couple has nursed the cub back to health, he is still only two-thirds of the size of the average puma. 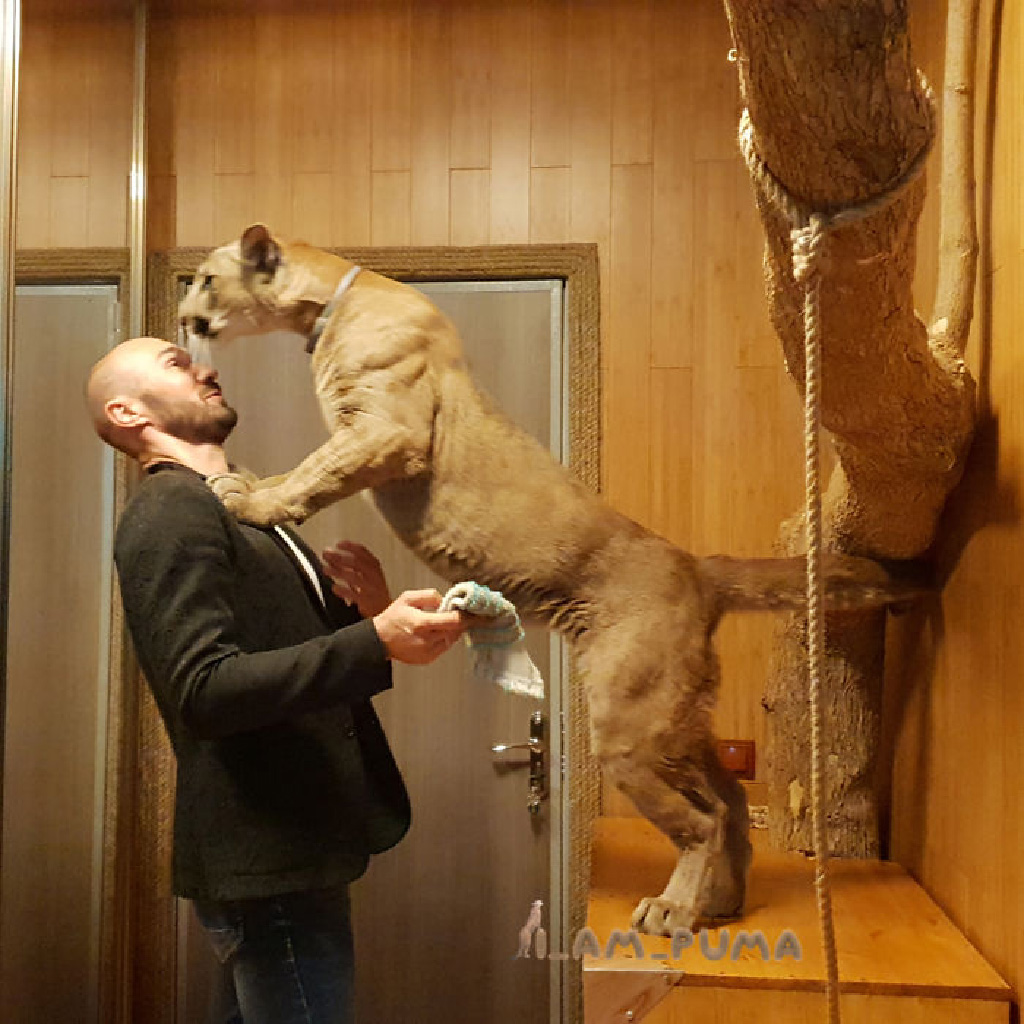 Just like any other pet, Messi requires lots of exercise, which is why his human parents purchased a special coat and harness so they can take him on walks.

“He is like a dog. We started taking him for a walk, step by step. The animal hadn’t been really active before, Aleksandr said in an interview with RT, “Now we walk a lot twice a day, as it’s supposed to be. It doesn’t differ much from owning a dog in this sense.”
“He convinced us with his behavior that he’s a full member of our family and that he wouldn’t be doing anything bad apart from some small naughty things. He’s very kind and likes contact. He gets on very well with people,” says Aleksandr. 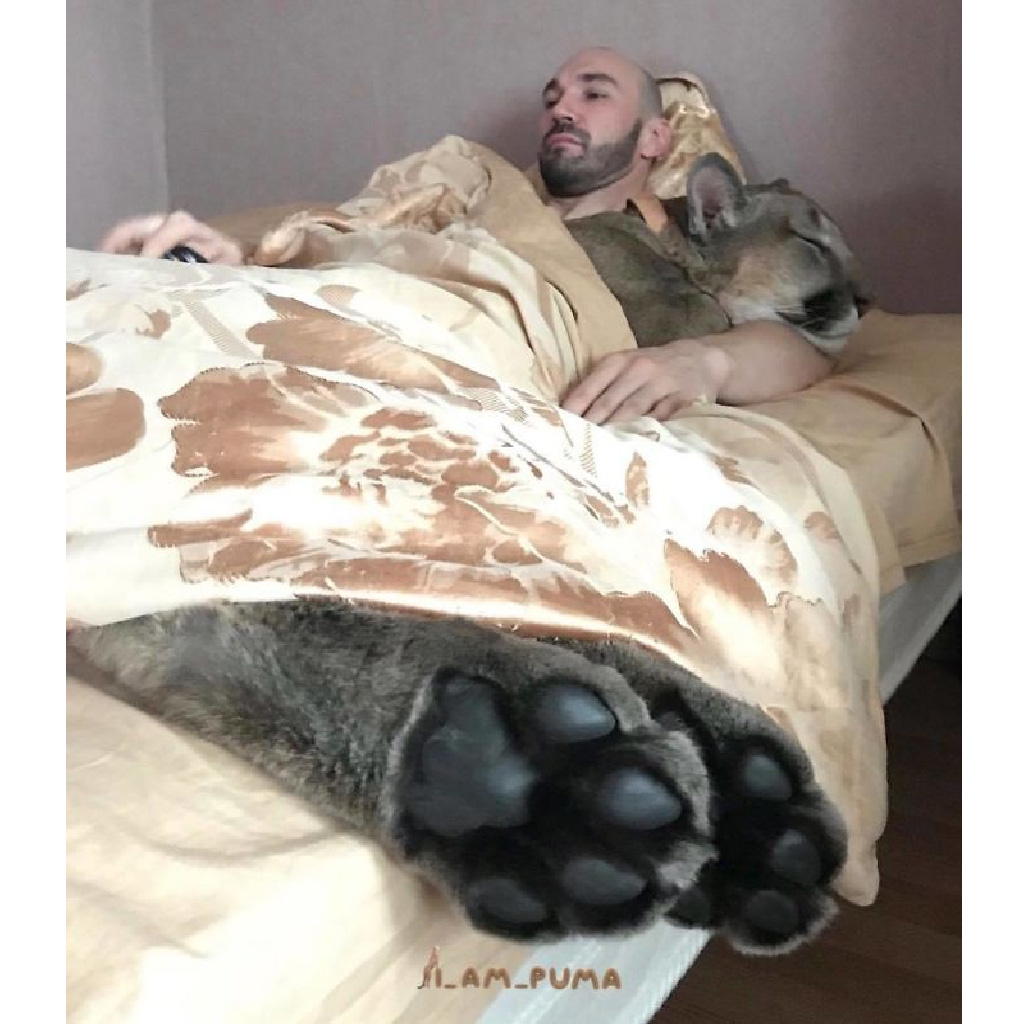 As you can imagine some animal and environmental rights activists have objections to the Dmitrievs keeping an exotic animal in their home and believe Messi belongs on a wildlife reserve or in a sanctuary. While others note the danger of living with wild anima. But the couple believes that he would not survive alongside other animals as he has never lived alone in the wild.

“Of course, it’s quite dangerous having such a large cat at home, but Messi is a special animal,” Mariya said 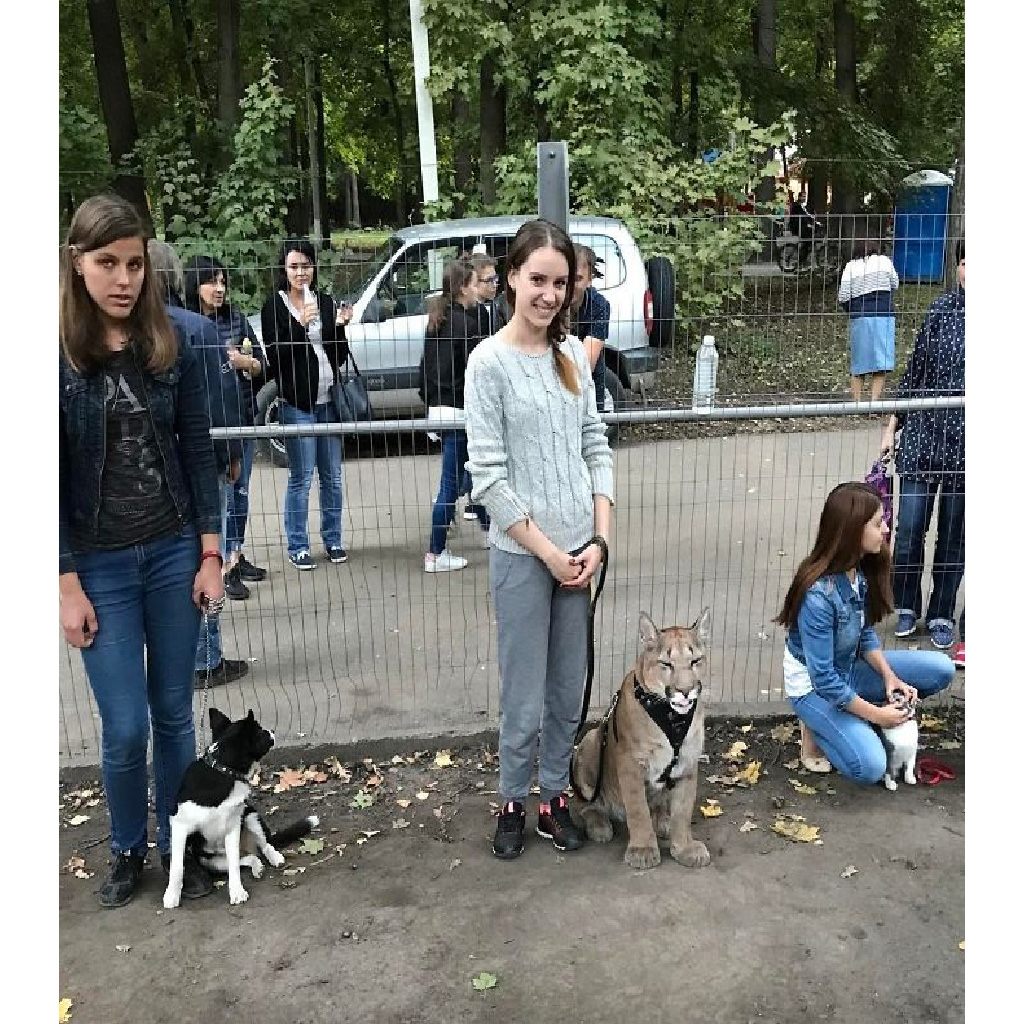 Messi, the puma is not a star only to his parents. He also has over 1M8 followers on Instagram. 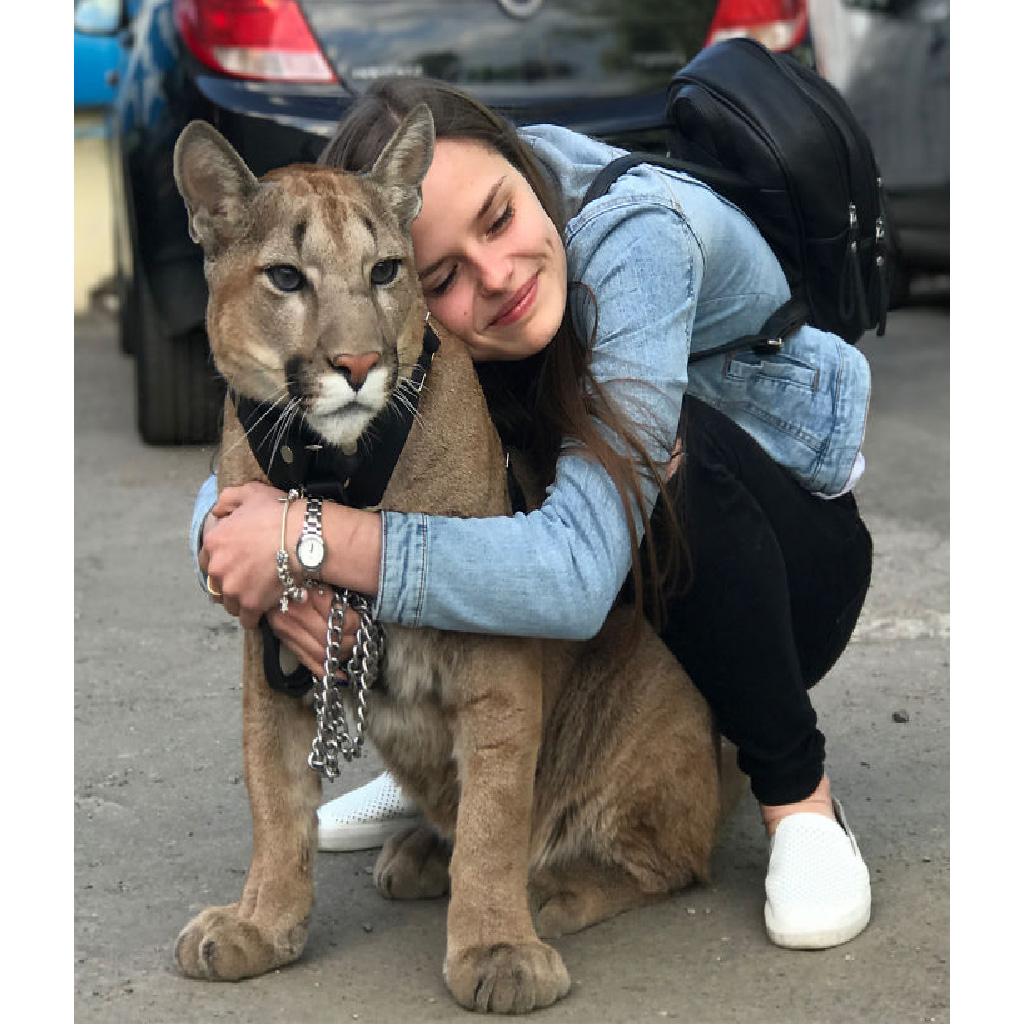