Every Monday night, a group of cyclists known as “Smash Bros Plus One” bike around Fort Worth, Texas. Their plans are usually consistent, but every once in a while, they go on a spontaneous adventure. However, today one special biking trip ended up with the saving of a dog’s life. 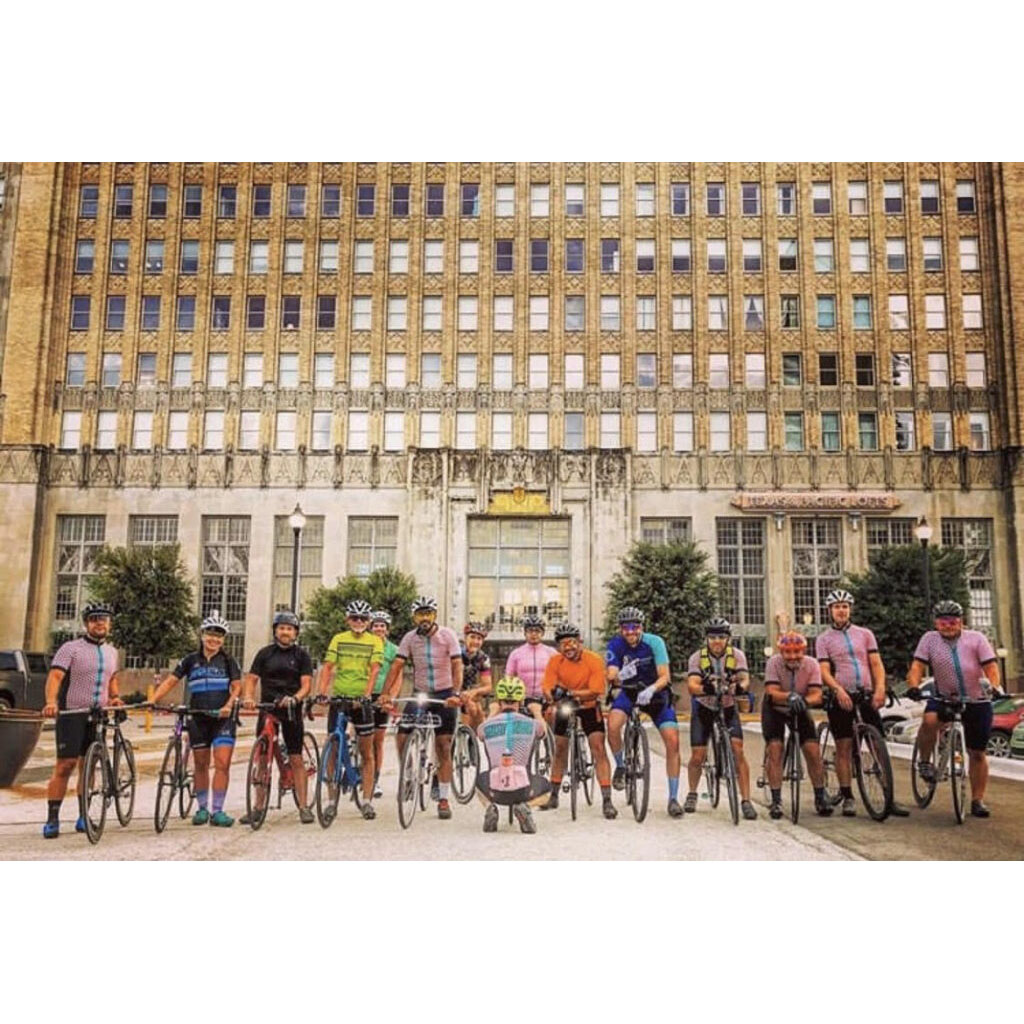 Abbey Robinson, 45, had joined a spontaneous ride with six cyclists from her hometown of Fort Worth to Dallas on the morning of May 21 when the group was flagged down, 28 miles into their 77-mile round trip.

“At about 10:30 a.m., we were riding eastbound on Trinity Boulevard in an industrial part of Grand Prairie, and a woman had stopped her car on the opposite side of the road,” Abbey said. “She was trying to flag us down, pointing to the bridge, saying there was a dog stuck and couldn’t get down.”

When nearing a bridge on their way to Dallas, the cyclists saw the woman, who had stopped her car and was trying to wave people over. She kept yelling that a dog needed help. At first, the cyclists were cautious, but they decided to see what was happening. 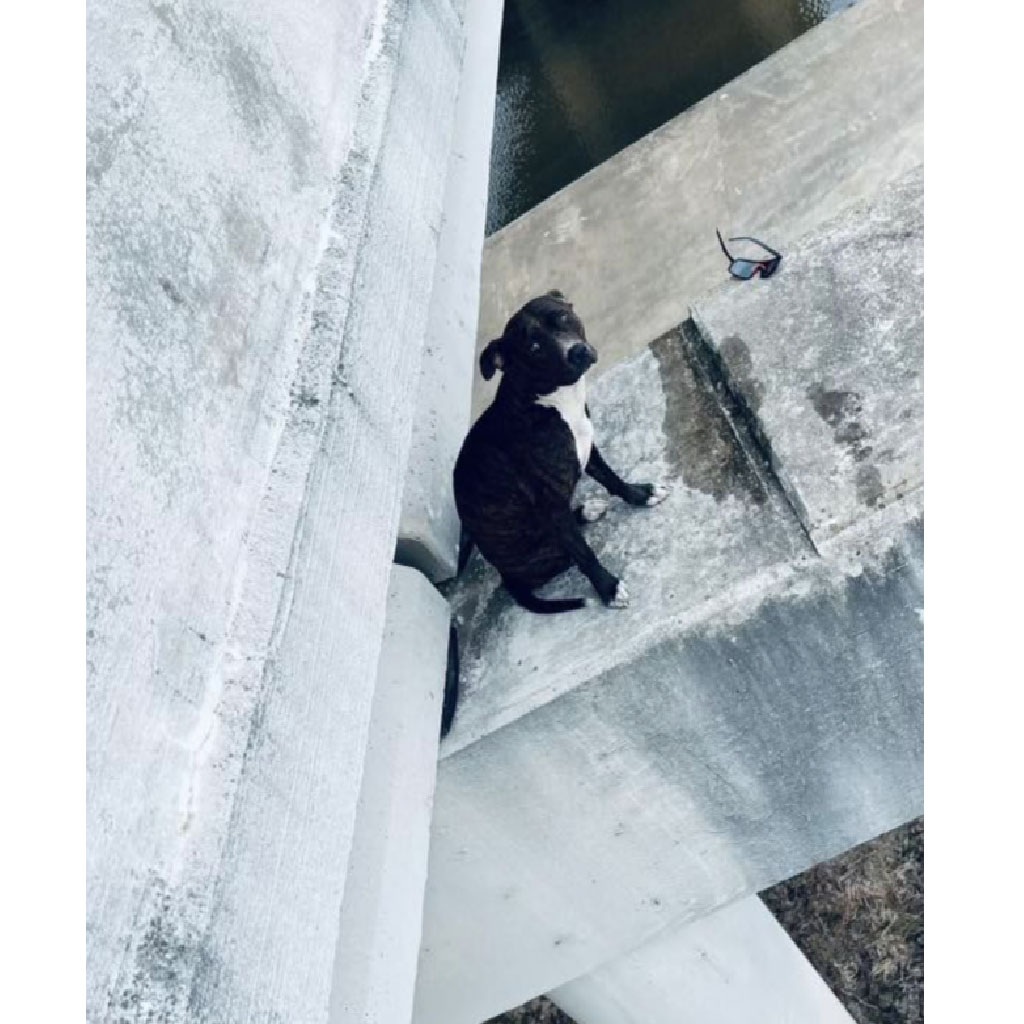 The woman pointed out the Pit Bull mix was stranded on a concrete support beam just below the road. She was about 15 to 20 feet above the ground, so she had no way to get up or down. Someone likely dumped her there.

She states that she couldn’t tell the dog’s condition from above, but assumed she must be thirsty.

Abbey recalled, “I poured a little water from my bottle onto the beam … the look on her face was just despair. She was just quiet and still, and would shift her eyes up toward us without moving her body.” 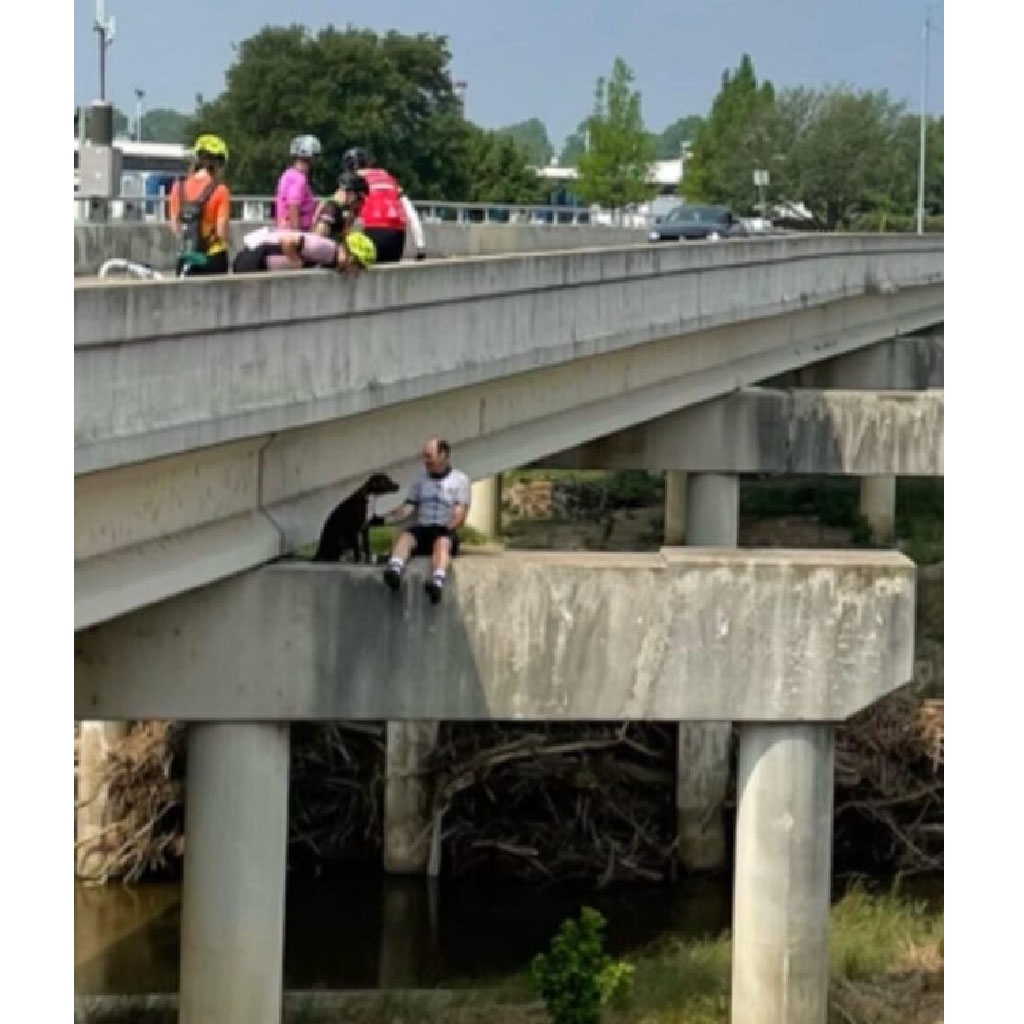 Witnessing the dog in such a condition, the group began brainstorming what to do, as they realized she wouldn’t be able to get up or down by herself and found that the stuck canine was really scared.
As the cyclists were figuring out a way to get to the dog, a handyman pulled over to see what the commotion was about. He happened to have a ladder in his vehicle. So, cyclist Chris Williamson climbed down the ladder to be near the dog. He spent about 15 minutes sitting by her, trying to earn her trust.

“He didn’t want to scare her more, so he took his time just sitting next to her, talking to her,” said Abbey. “He even laid down next to her without his helmet to show her he was a friend.

“Once he felt like she trusted him enough, he picked her up and held her over his head so we could reach down and cradle her to safety. We lowered the ladder back down and he climbed back up to the road.”

The dog was dirty, thirsty, and hungry, “but okay,” said Abbey, claiming it appeared she had recently had puppies. She relaxed immediately after being lifted to safety and was glued to Chris’s side thereafter.

“She absolutely knew that he rescued her and seemed really appreciative,” Abbey said. 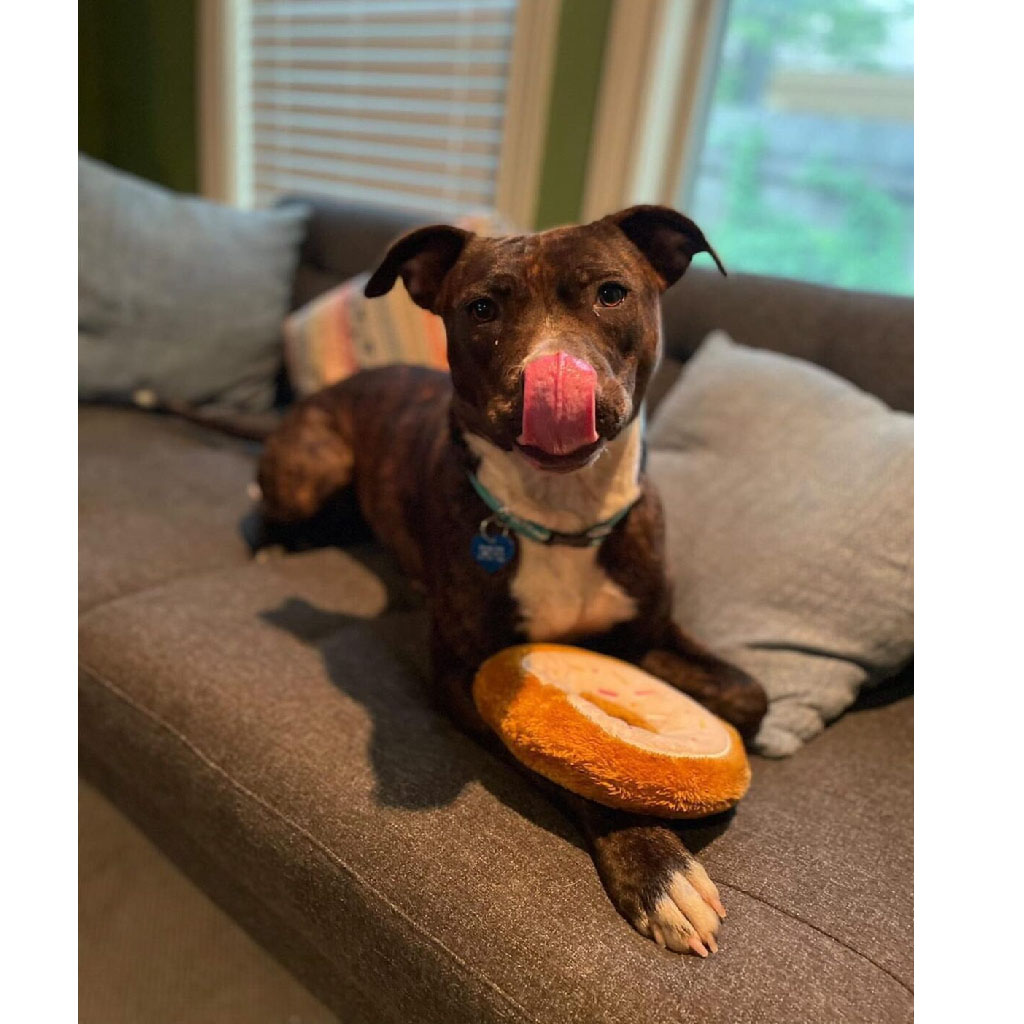 The cyclists then called Animal Control, who scanned her for a microchip but found none. Feeling uncomfortable sending the dog to an “already overfilled” shelter, the group then placed a call to Saving Hope Rescue, who sent a dog foster to pick her up.