Firefighters really are some of today’s heroes. They risk their lives every day to keep other people safe, and we have so much gratitude for the amazing job that they do. Because of their high-risk job, when we came across a story about a firefighter who rescued a dog, we immediately presumed that the dog had been pulled from a burning building. But in actual fact, she had just been sadly abandoned.

It was a freezing October night when beautiful Chunk was “[ᴅᴜᴍᴘᴇᴅ]” after months of “ne.g.lect” and “[ᴀ.ʙᴜsᴇ]”. 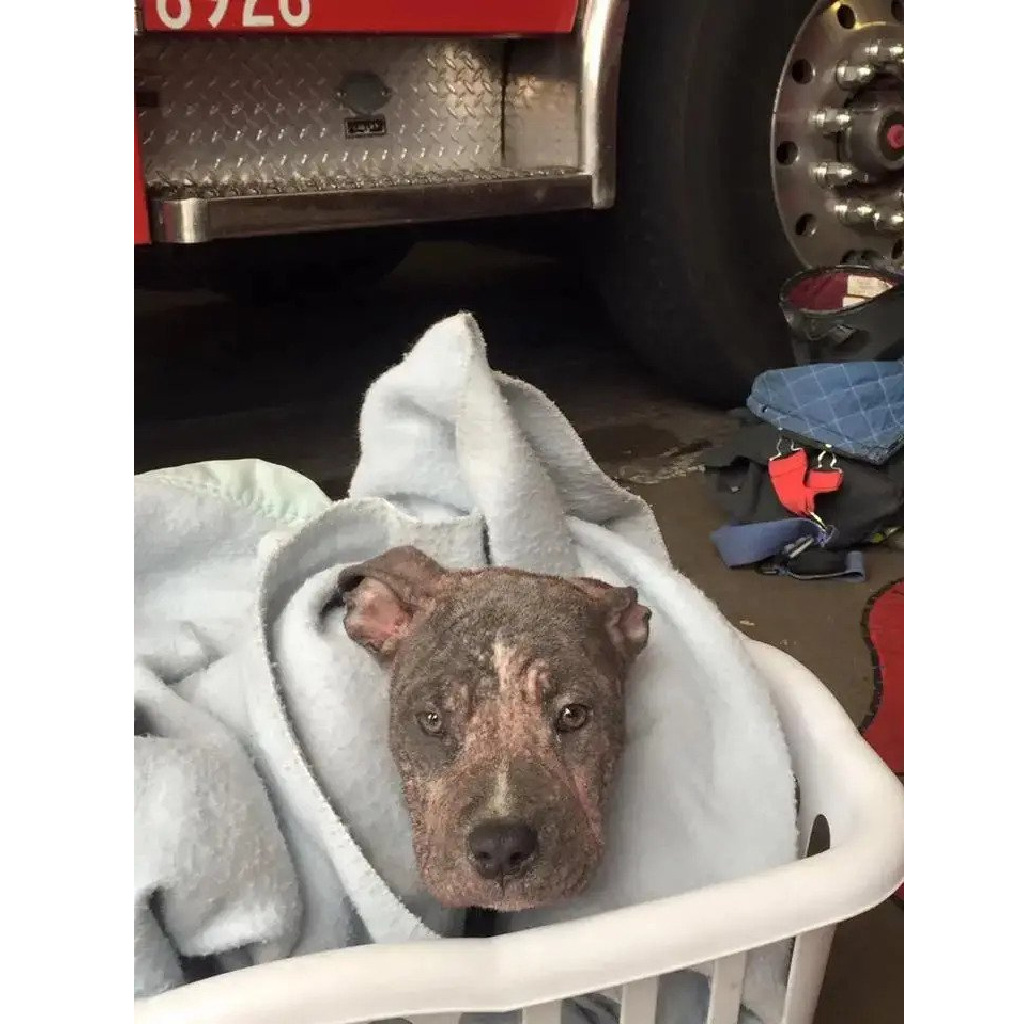 Luckily a group of Sacramento firefighters passed Chunk on the way to answer a call. Chunk was still there [ᴛɪᴇᴅ] to the same tree, so the firefighters picked her up and brought her back to the station with them.
The next morning the men dropped Chunk off at the Front Street Animal Shelter, to receive the treatment she needed so badly. The staff immediately treated her mange and dressed her in a shirt to keep her nice and warm until her fur grows back. 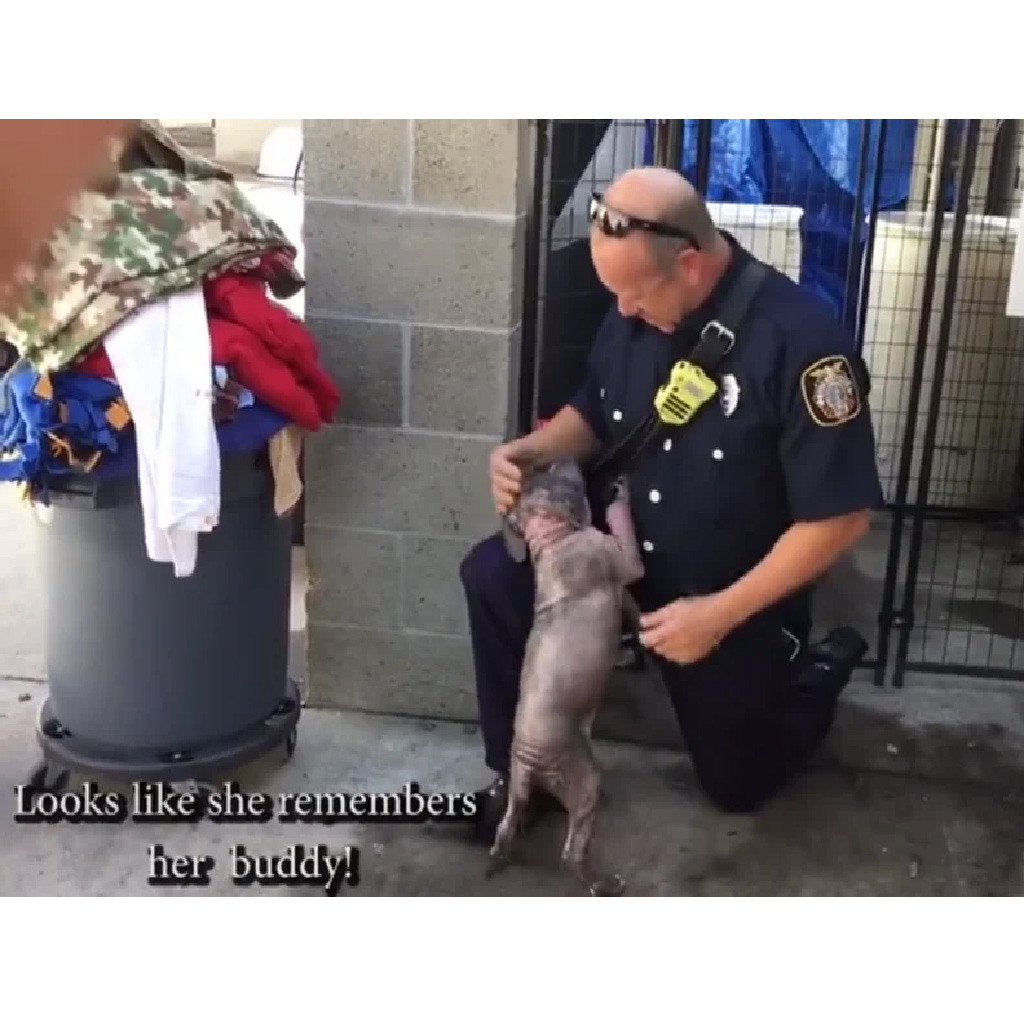 After getting her cleaned up, he brought her to the Front Street Animal Shelter for medical attention and care. The next day he came to visit her and as you can see she is very grateful.
It was clear to everyone who saw their reunion that Chunk was very grateful for everything he’d done for her. She climbed him, kissed him, and wagged her tail continuously. 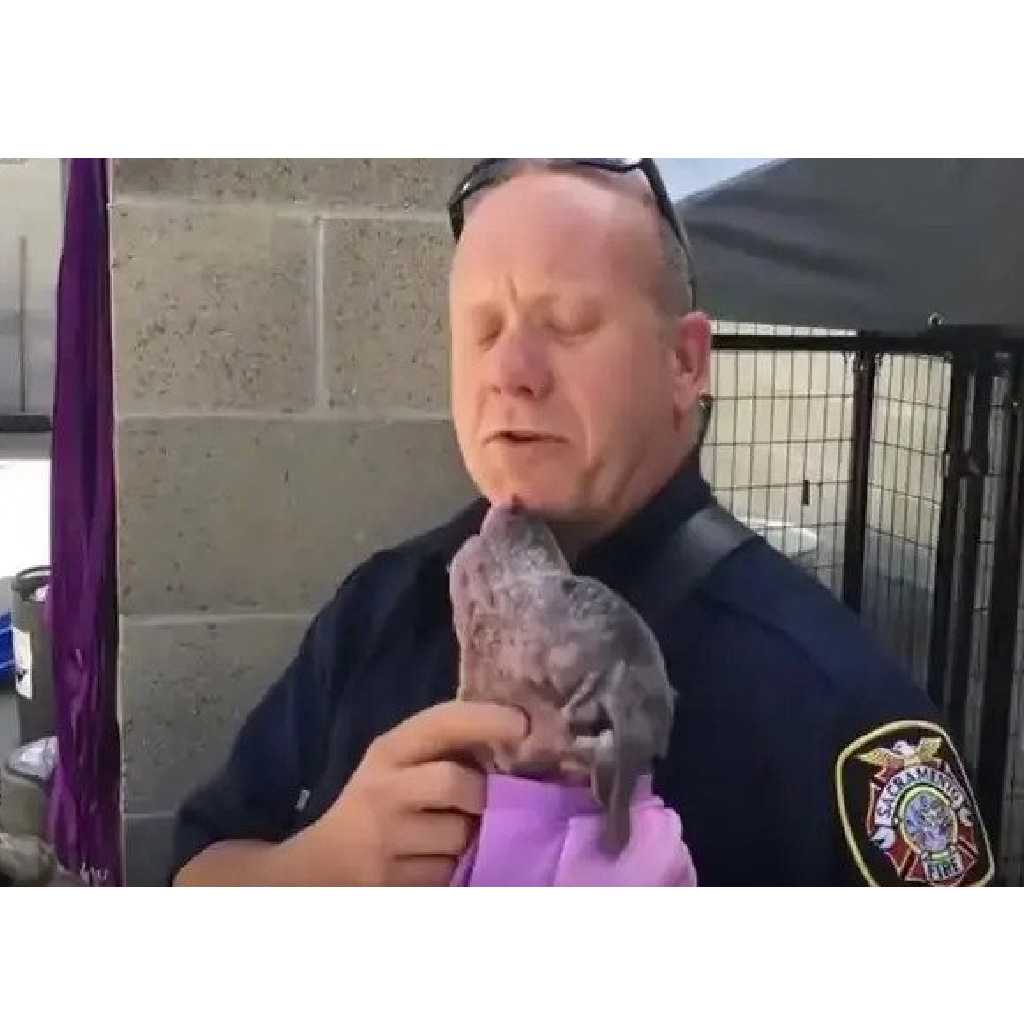 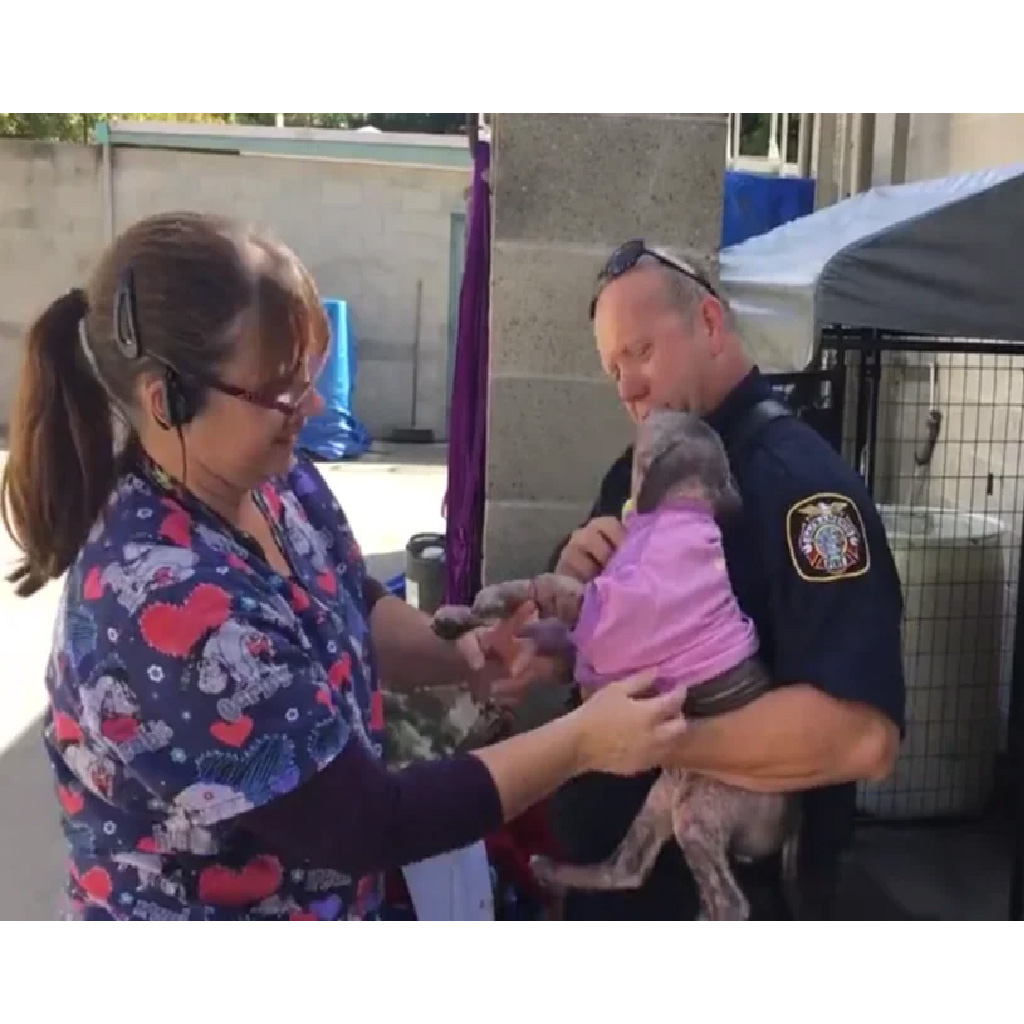 Named Chunkie, the little pup instantly recognizes her rescuer and wags her tail, and wants to be petted by Mike. Mike picks Chunkie up in his arms and puts an adorable pink sweater on her while she recovers from mange. And when he walks away from her, she wants to follow after him. 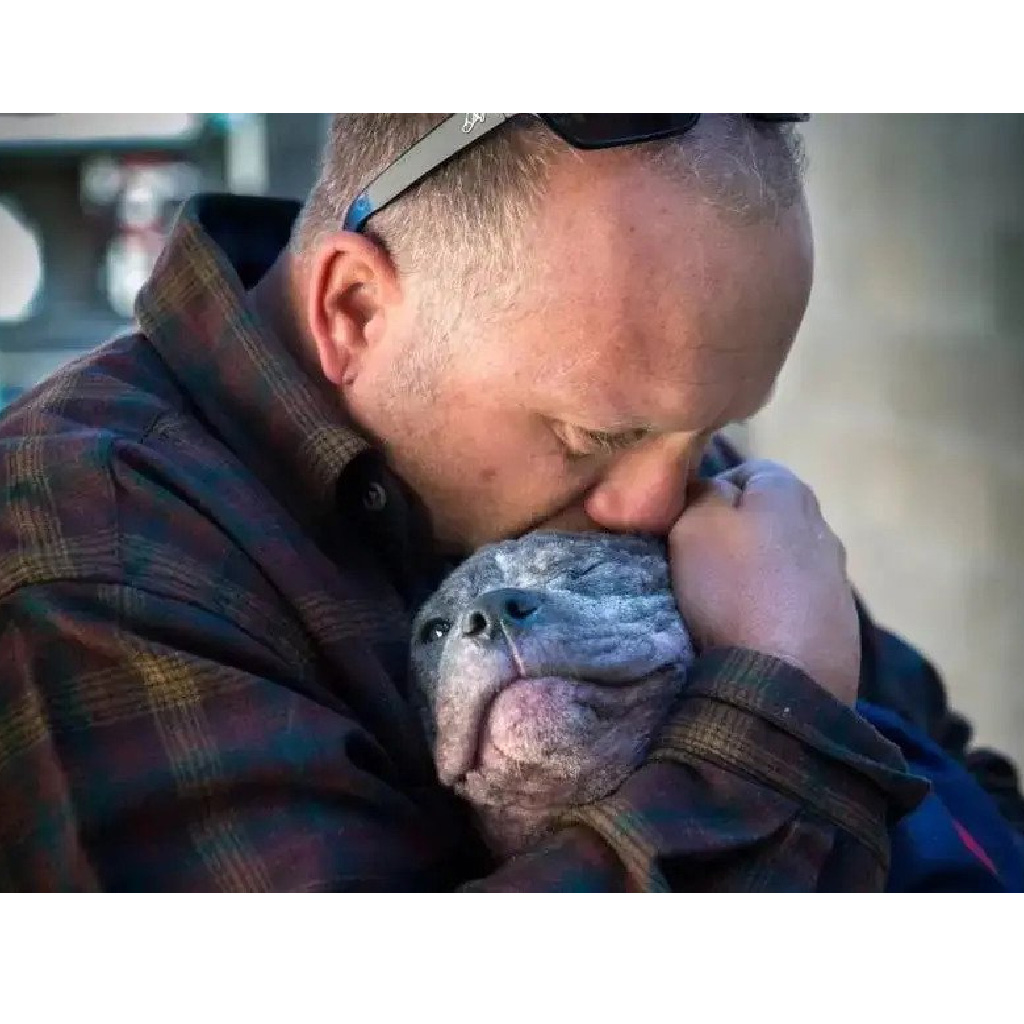 It seems Mike may not be done helping out his newfound friend. He is going to talk to his family about fostering Chunkie.