Jan Holman is a 68-year-old woman who used to live in a hospital but now stays at the Hospice of the Good Shepherd in Chester, England. She is very sick and her life will soon come to an end. She got all the attention she needed, but she missed her horses Bob and Monty and Rowley, and her dogs Monty and Rowley.

The woman said that Bob was a very important part of her life and that she had been riding him up until the day before she went to the hospital. After seeing Jan’s trouble, the staff decided to surprise her by adding her three animal friends to the list of guests. This led to a happy get-together. The staff at the hospice finished getting ready before taking Jan to the entrance to the courtyard to give him a sweet surprise. 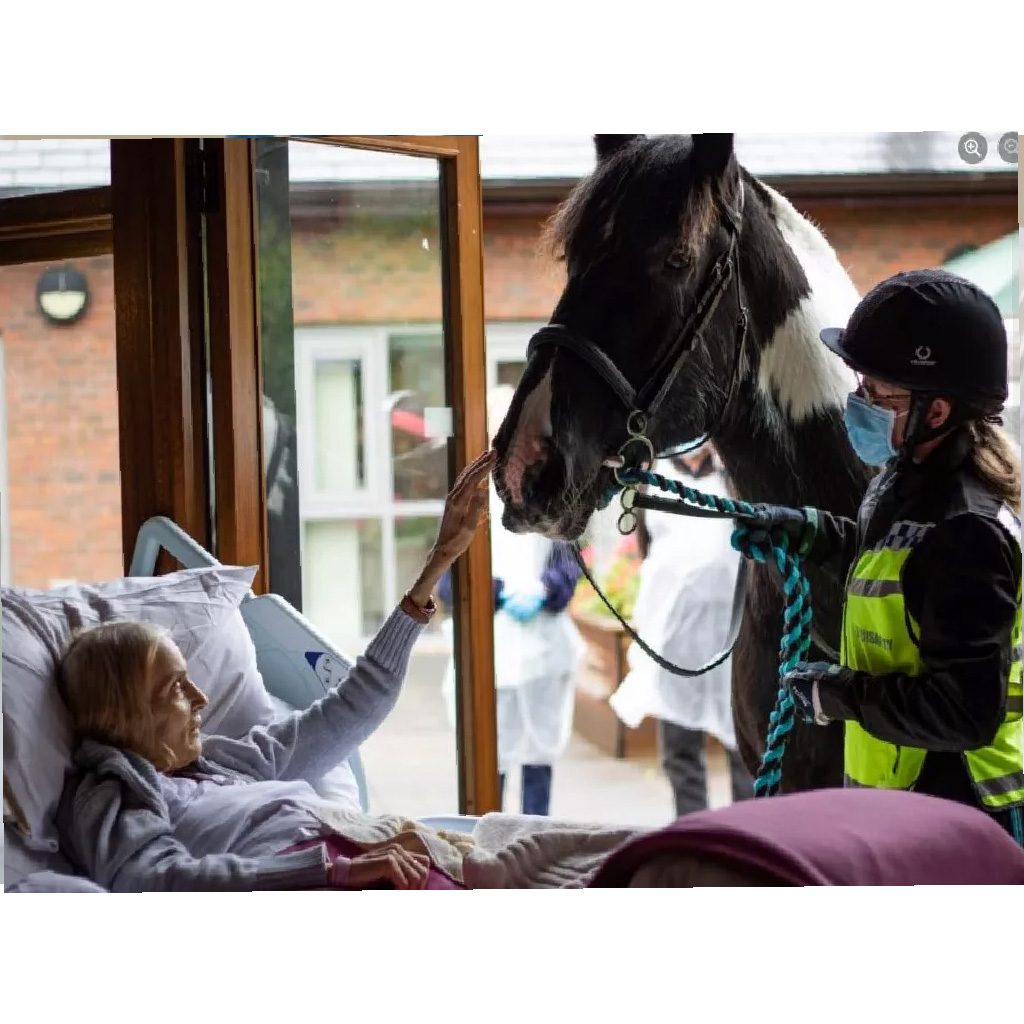 Jan knew that her horse was hers. When he got there, the people who work at the Thornleigh Park Farm Stables, where Bob lives freely, were with him. While Holman was unable to get out of bed, she was happy to touch Bob one more time after staff wheeled her bed close to the window. 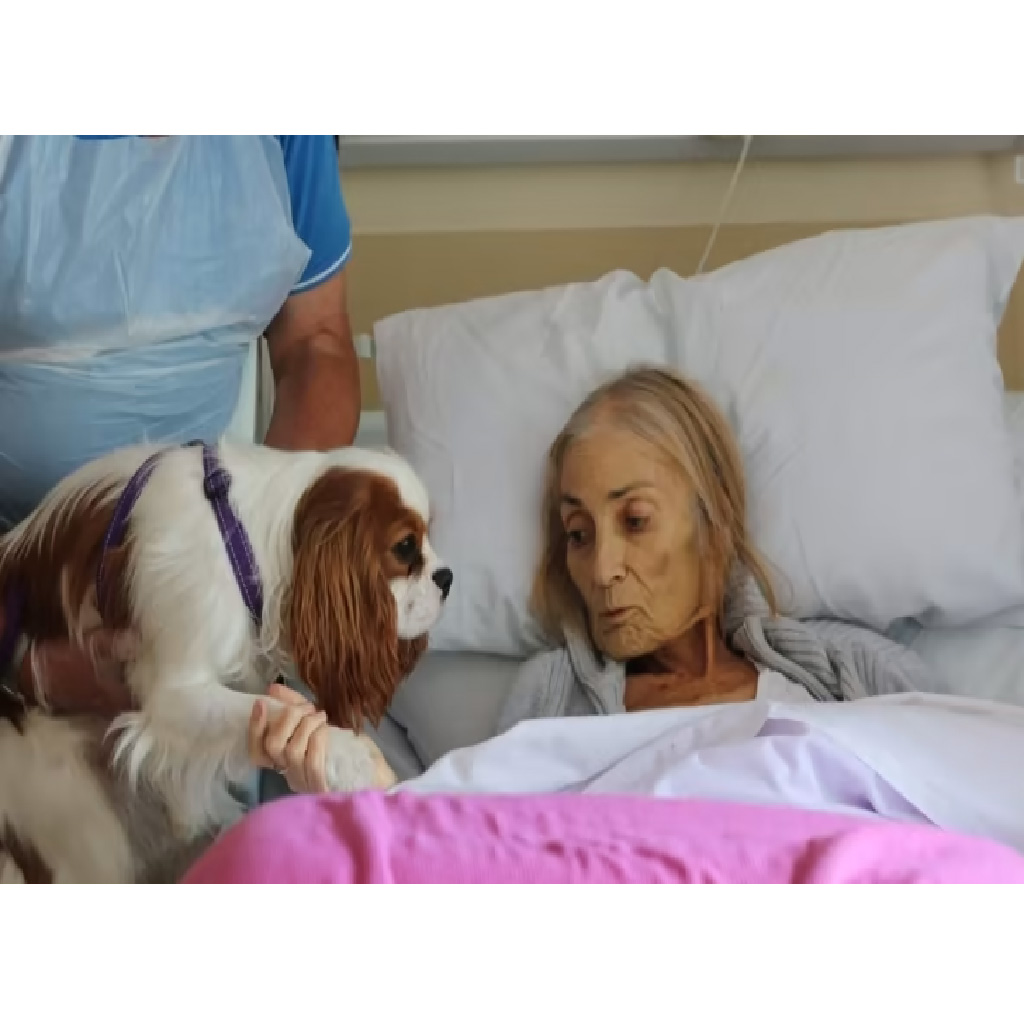 According to the hospice spokesperson, Bob was able to put his head through the open window and nuzzled her neck and lap.

The nurses wheeled her bed to the patio doors and the team from Thornleigh Park Farm Stables, where Bob is in livery, walked him into the hospice courtyard for a very emotional reunion between horse and owner.
Bob put his head through the doors and nuzzled Jan’s neck and lap and thoroughly enjoyed his treats of carrots, bananas and apples. Jan’s face lit up as soon as she saw Bob.

She said: “I just can’t believe what the staff here at the hospice have done for me. 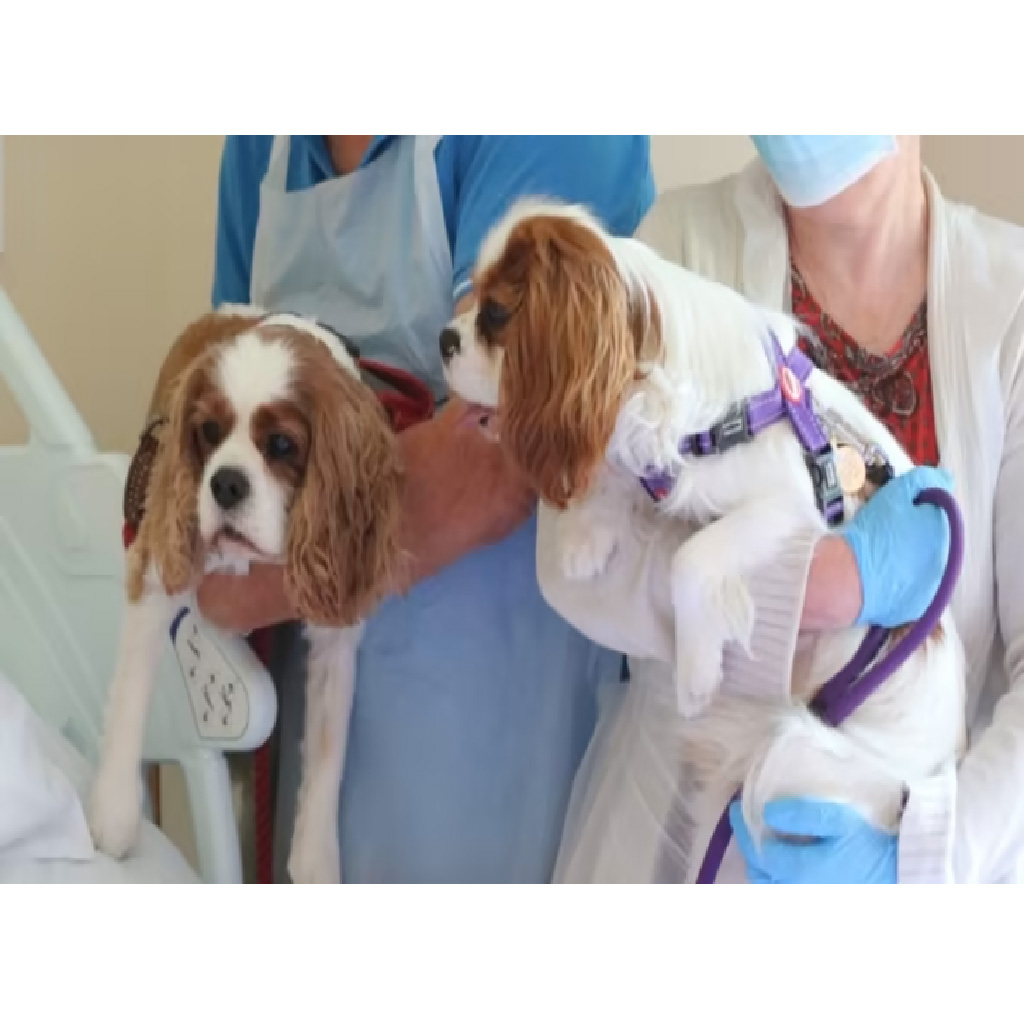 “Until a few weeks ago I was still riding Bob every day he is such an important part of my life, and I have missed him so much. I just didn’t expect that they would ever be able to give me the chance to see Bob one more time.”