Saying goodbye to a beloved pet is never easy. In fact – and this is speaking from experience – it’s one of the hardest things you will ever have to do.

Sargeant Kyle Smith and his partner, a German Shepherd named Bodza met together while serving in the US Air Force. Bodza had worked as a bomb detector since 2006, and he helped save human lives by sniffing bombs. Until 2012, Smith started working with Bodza and the two quickly formed a strong friendship. 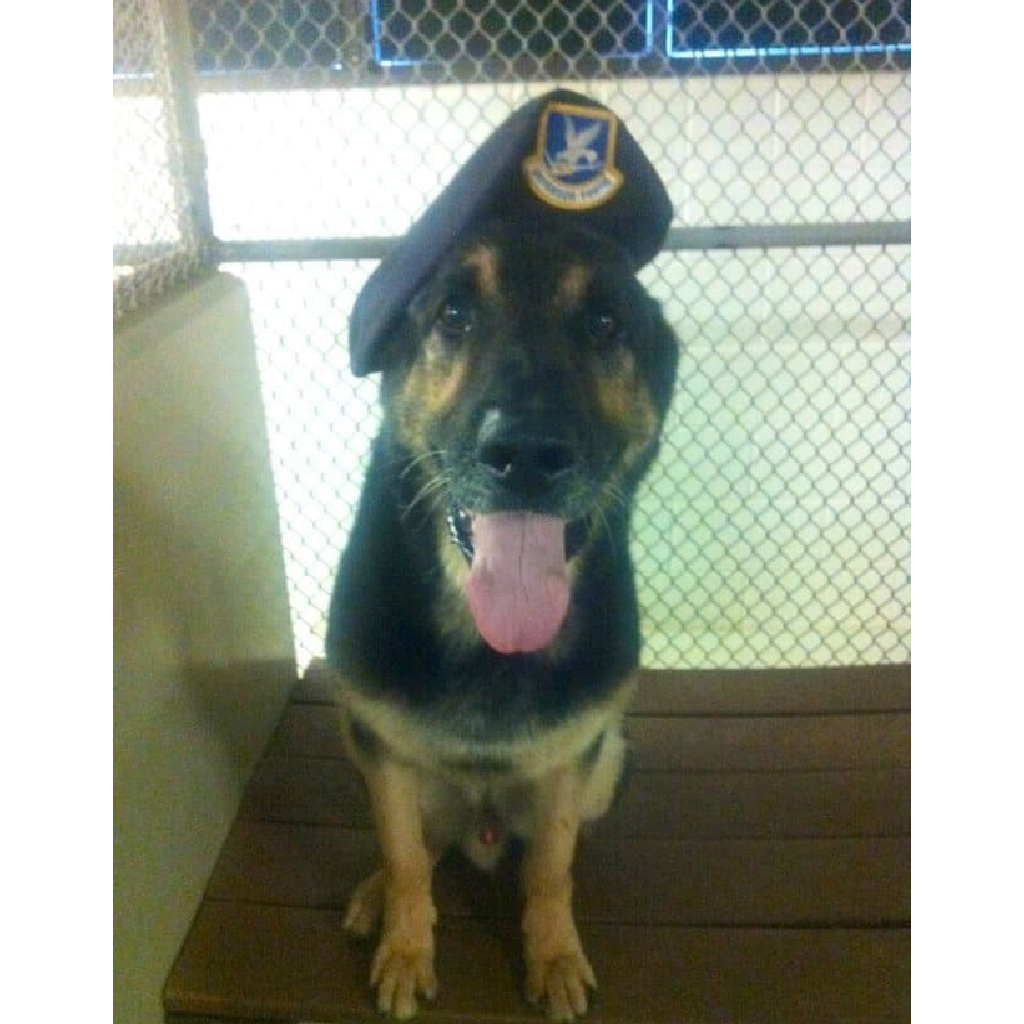 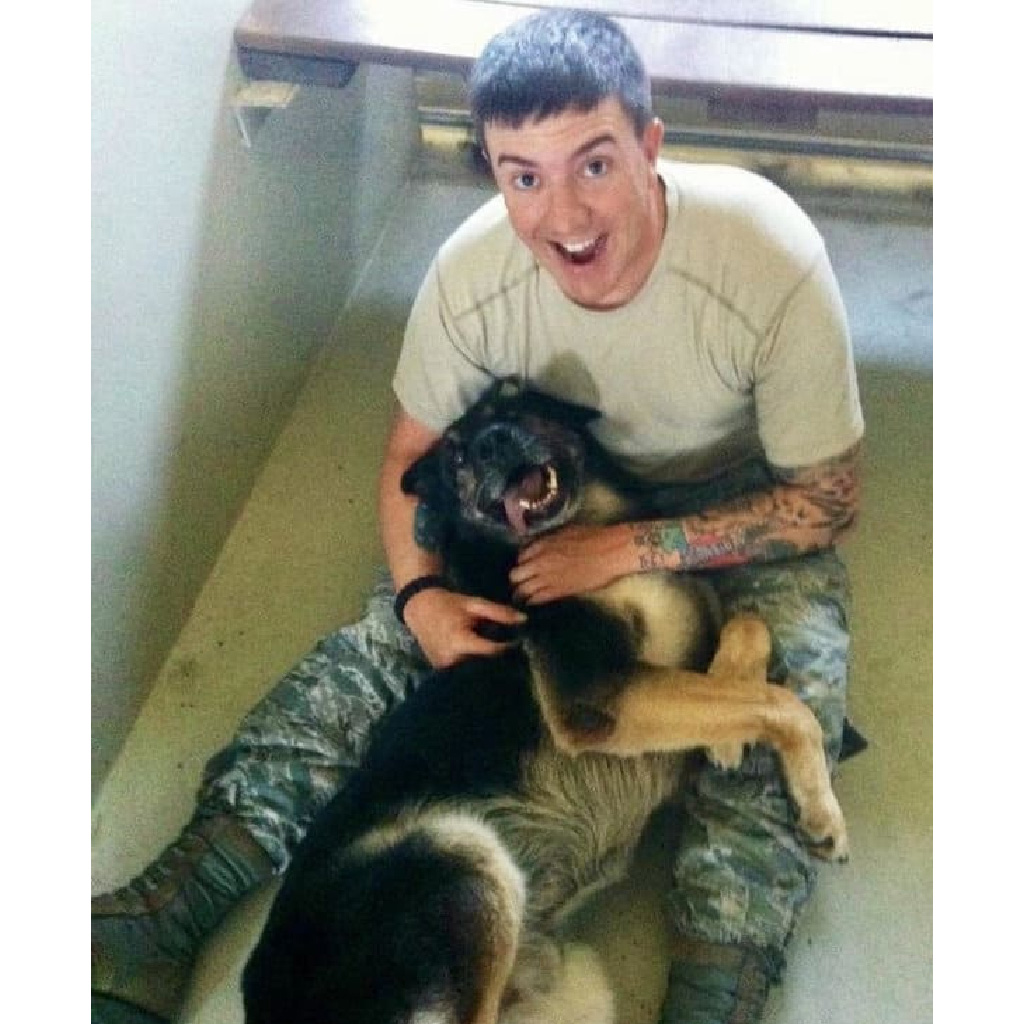 ” I loved working with him because he taught me a lot – patience as a young handler, and how to understand that this job isn’t just about you,” Smith told. “Bodza was a goofy and gentle dog. We had horse stables directly beside our obedience yard and when [the horses] were out, no obedience was going to be done. He’d run the fence line continuously.” 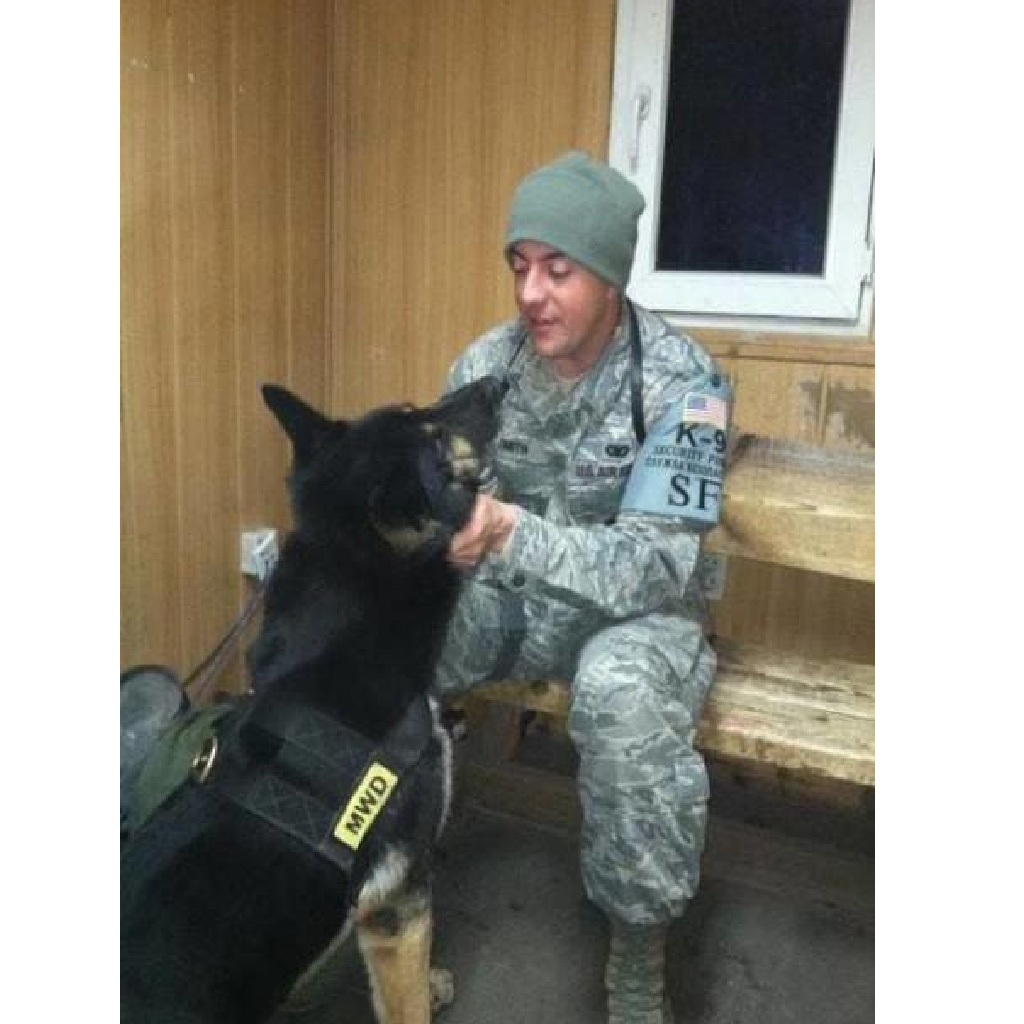 He was with them, overcoming all the difficulties and challenges. Let’s help people together and get things done. However, now they have to say goodbye to the dog – their friend, co-worker. 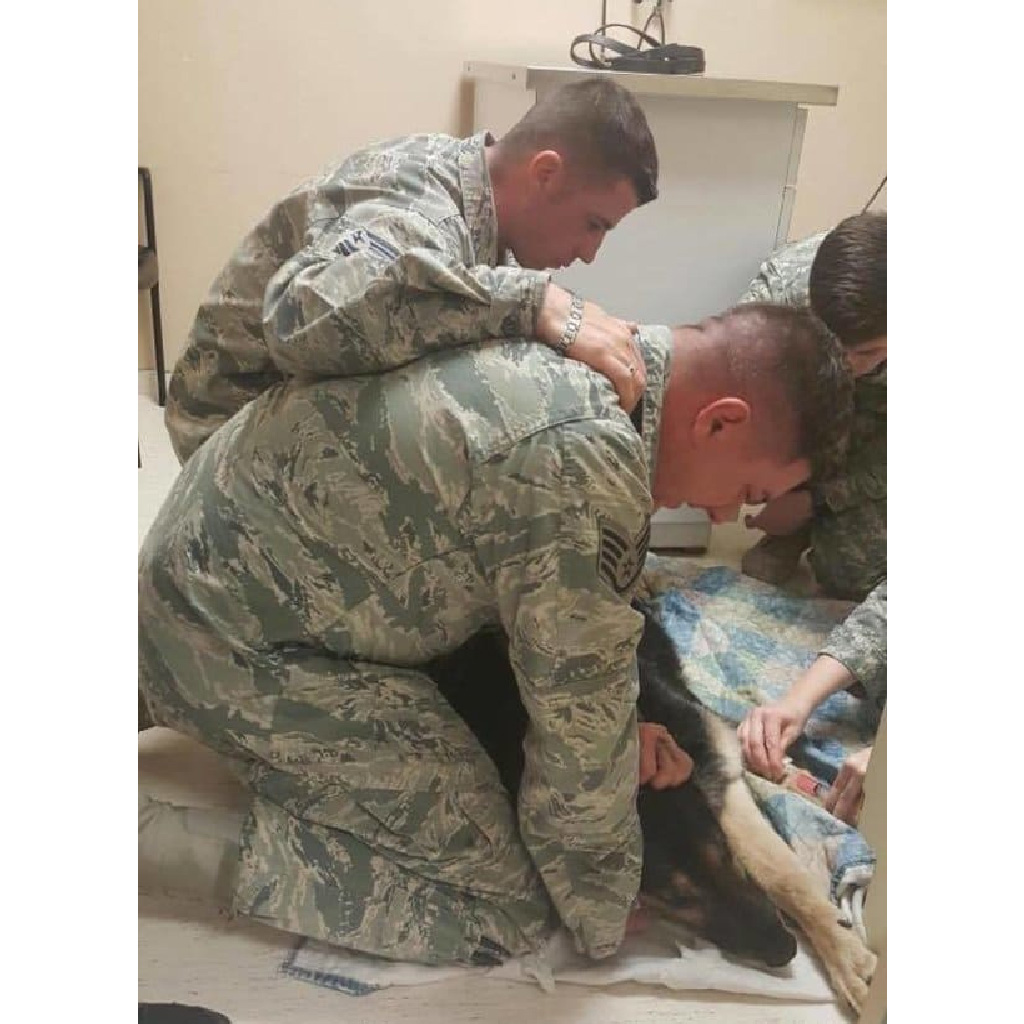 Smith was faced with a situation that no pet owner ever wants to make – to put Bodza down. Kyle and nine of his co-workers took Bodza to the Fort Bliss Vet Clinic in El Paso, Texas. They placed him on a blanket and he passed away peacefully in the arms of his owner.

“I was holding Bodza as he passed,” Smith said. He had a smile on his face when he was getting put to sleep. “It was a rush of so many things. 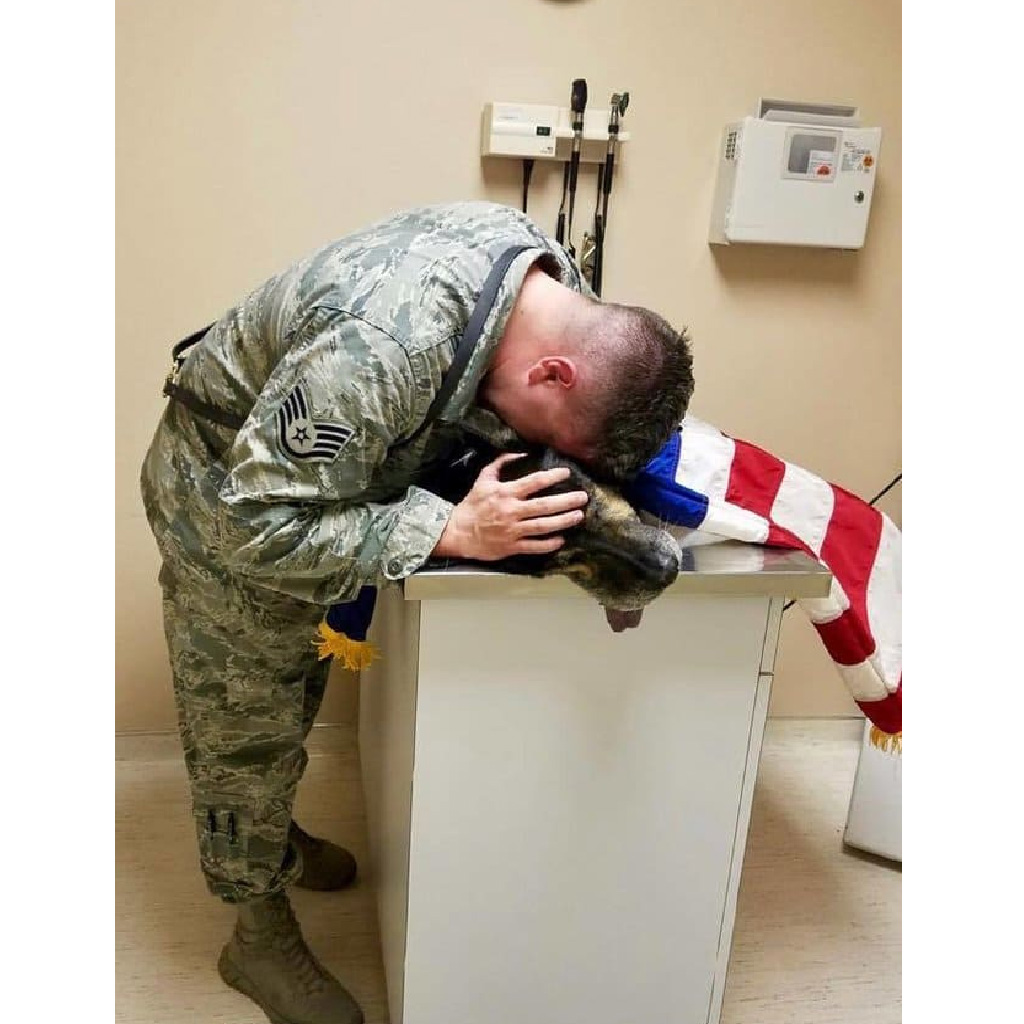 As was fitting, the airmen draped Bodza in an American flag after his death, giving him a true hero’s goodbye.