Meet Spirit Golden Heart, a pit bull doggie who was found by LAPD officers on the streets of LA, being so starved, she was barely alive.

“She was hours away from [ᴅᴇᴀᴛʜ] with large fat ticks feeding off her starving body and maggots thriving in open wounds,” Ghetto Rescue wrote on their website. 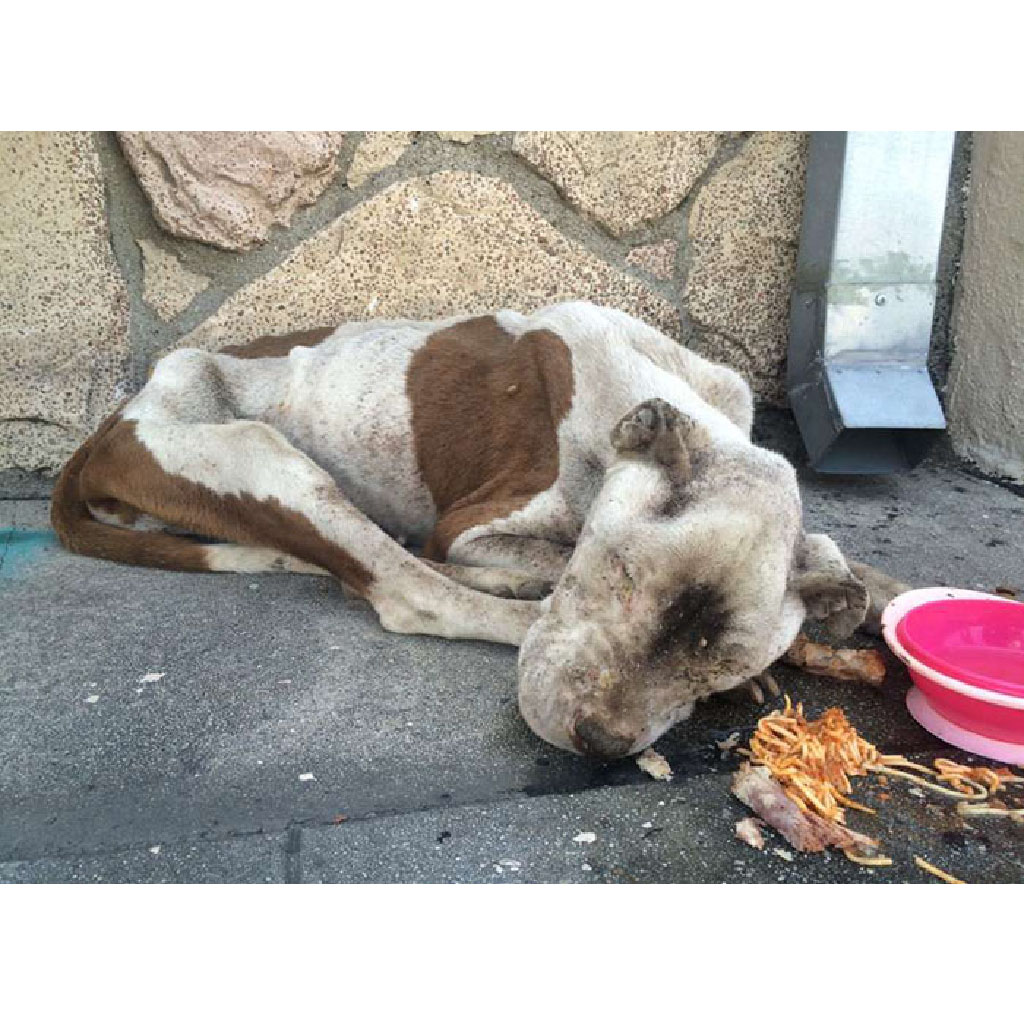 “We named her Spirit Golden Heart (can you spot the golden heart on her body?) because we knew that she was strong”. The rescuers rushed Spirit to the vet where her healing journey began.
First admitted to the vet, it was not known whether she would survive. She weighed just 16lbs and despite being hooked up to a drip, staff at the center knew she could suffer [ᴏʀɢᴀɴ ꜰᴀɪʟᴜʀᴇ] at any time. 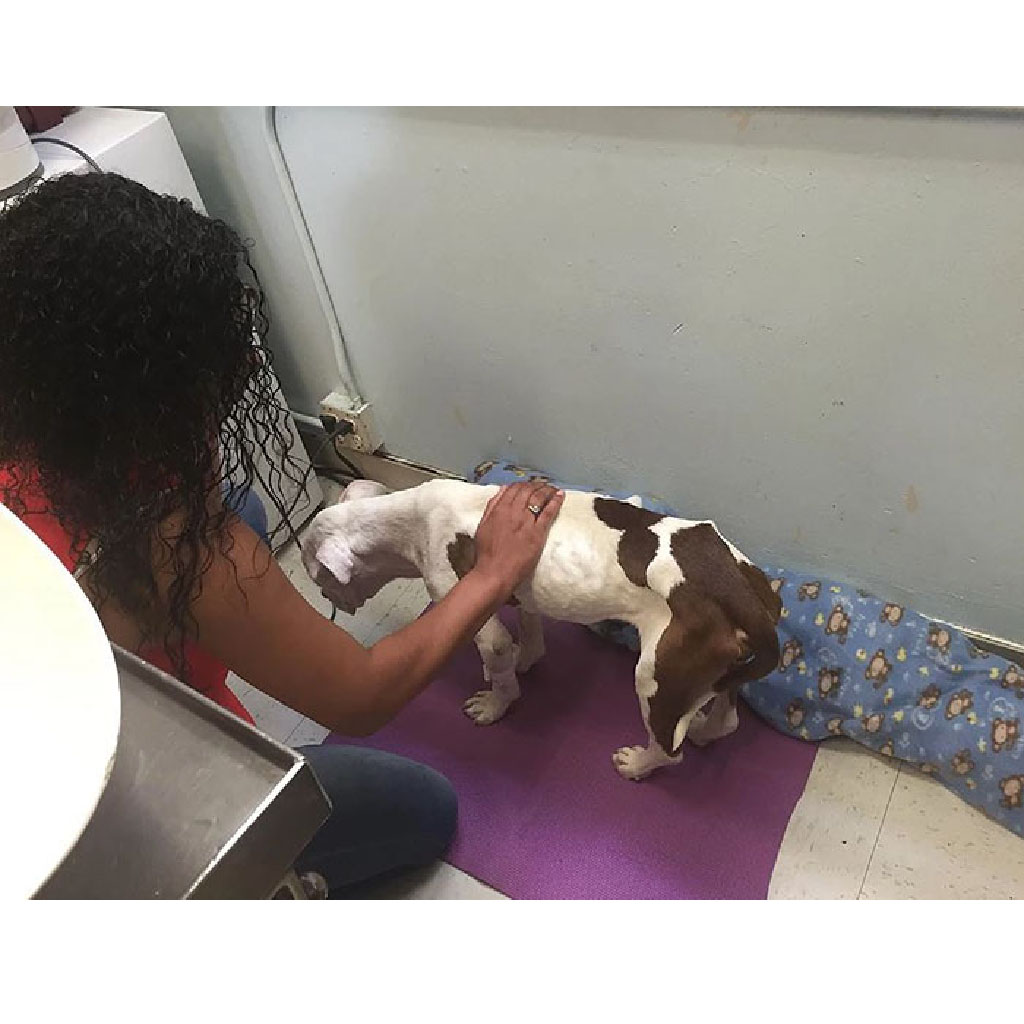 ‘She’d been so starved of food and water when we took her in that all she could move was her head and her tail, Mr. Rodriguez said. ‘She didn’t have any muscle mass.

‘I’ve been rescuing dogs since I was a child and I’m used to seeing them in a bad way but I’ve never seen an animal in such a terrible state as Spirit Golden Heart. 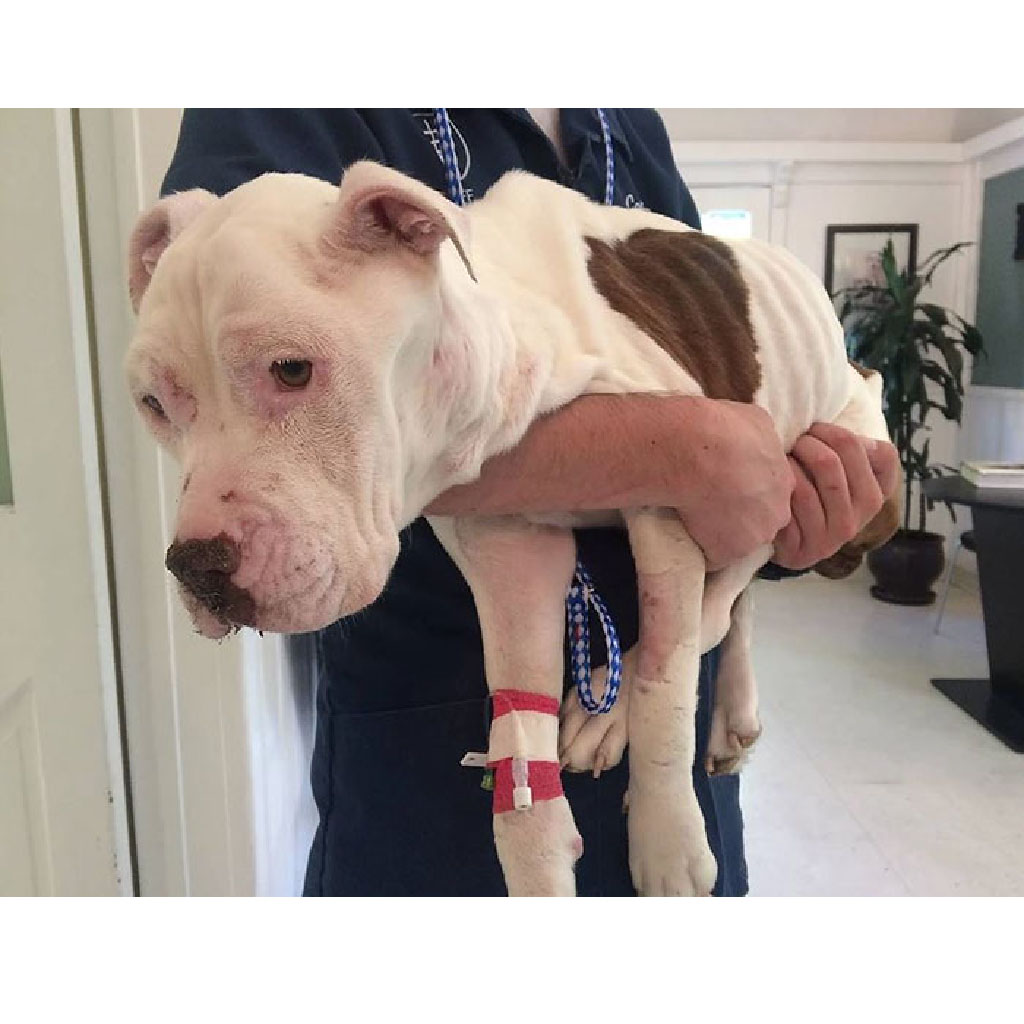 The vet said we were lucky we got her when we did because she might not have survived another night. We put her on a drip for six hours before we started feeding her. 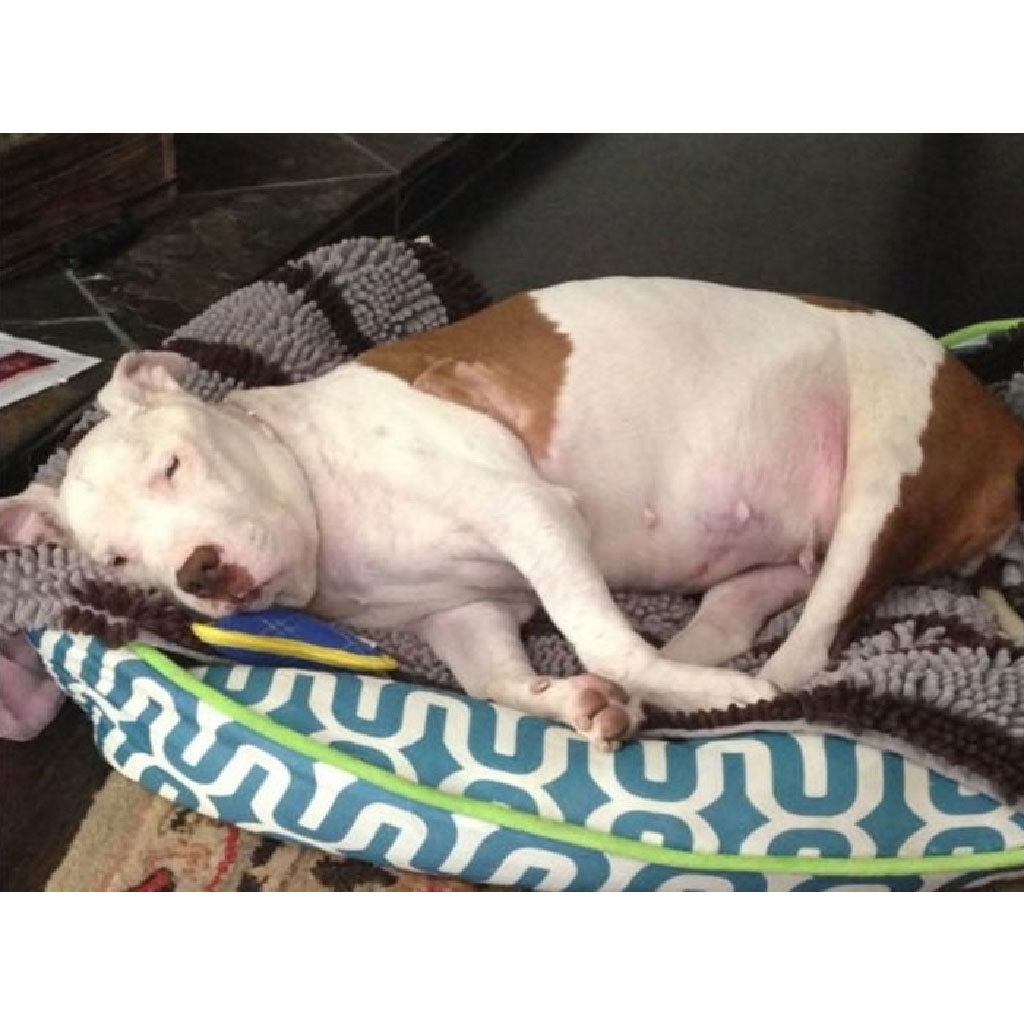 After many days of treatment, the doggie gained some weight and her blood tests got better. Her foster mom adores her and says she became a “chubby couch potato”. 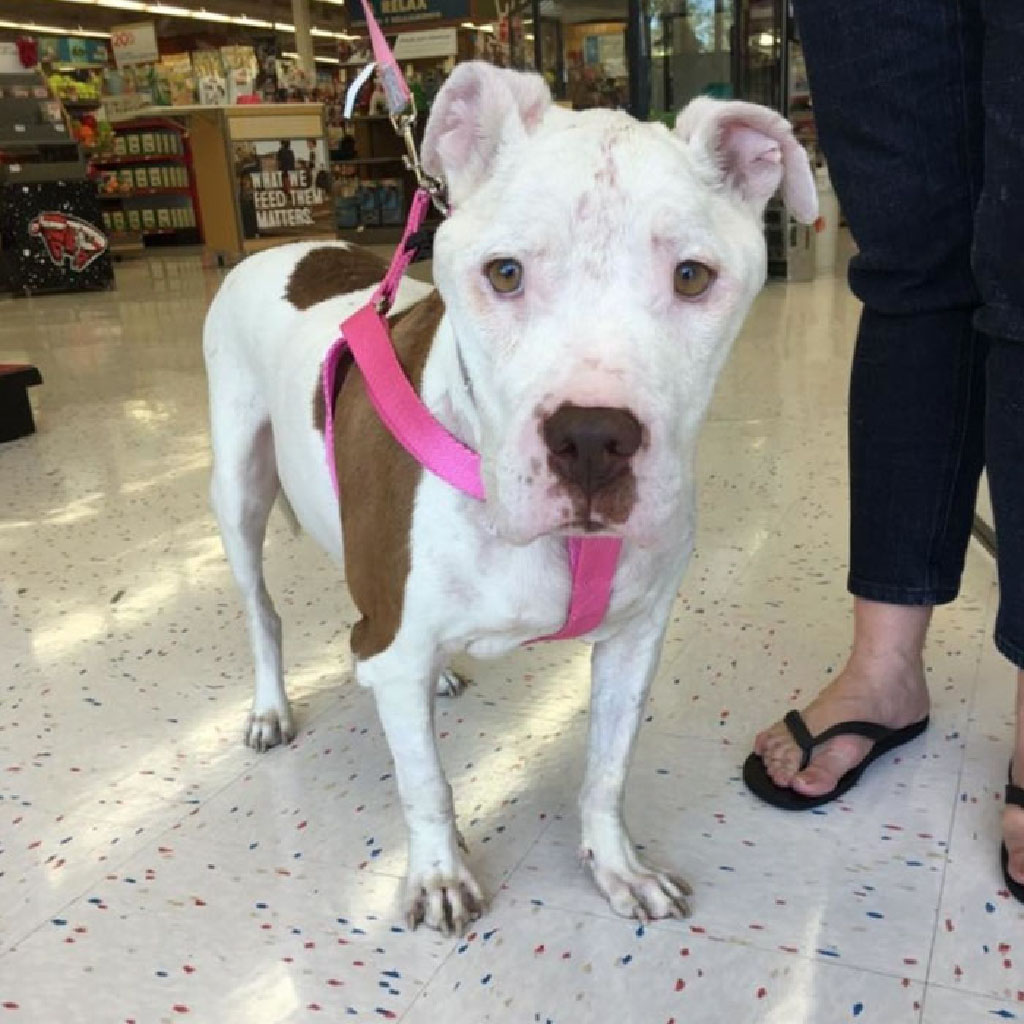