An Australian resident on a hydrofoil surfboard rescued a stranded dog in the waters off Palm Beach, Queensland, on May 24, after the pooch and its owner had been knocked out of their kayak. 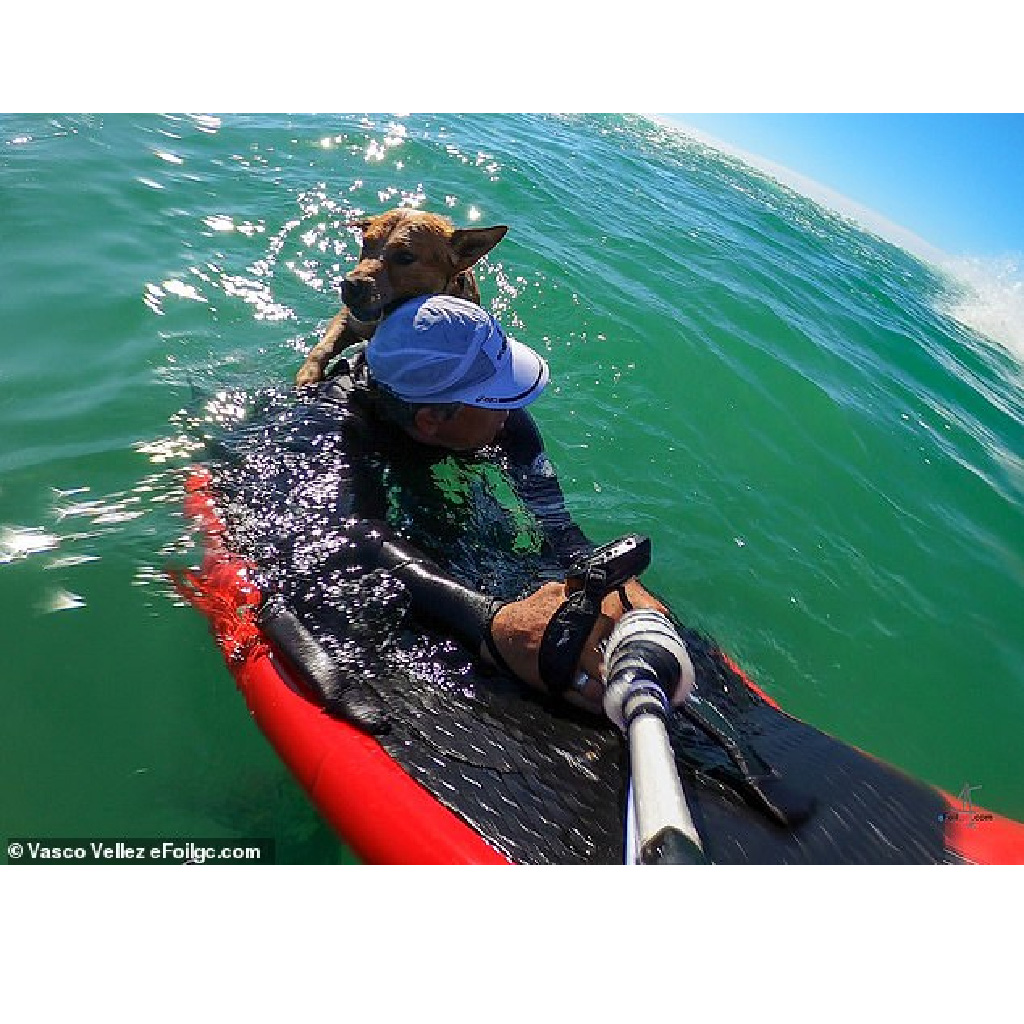 Vasco Vellez was on his hydrofoil surfboard at Currumbin, in the Gold Coast, when he noticed a kayak flip on the waves on Sunday.

He rushed to help the poor pup who was left battling in the large waves while two surfers helped his owner.
Incredible footage has emerged of a surfer rescuing a dog struggling in the ocean after his owner’s fishing Kayak capsized.

In the footage, which was captured by Mr. Vellez, the dog can be seen paddling in the large waves toward Mr. Vellez. The clever pup then instinctively climbed on Mr. Vellez’s back as they waited for rescuers to arrive. 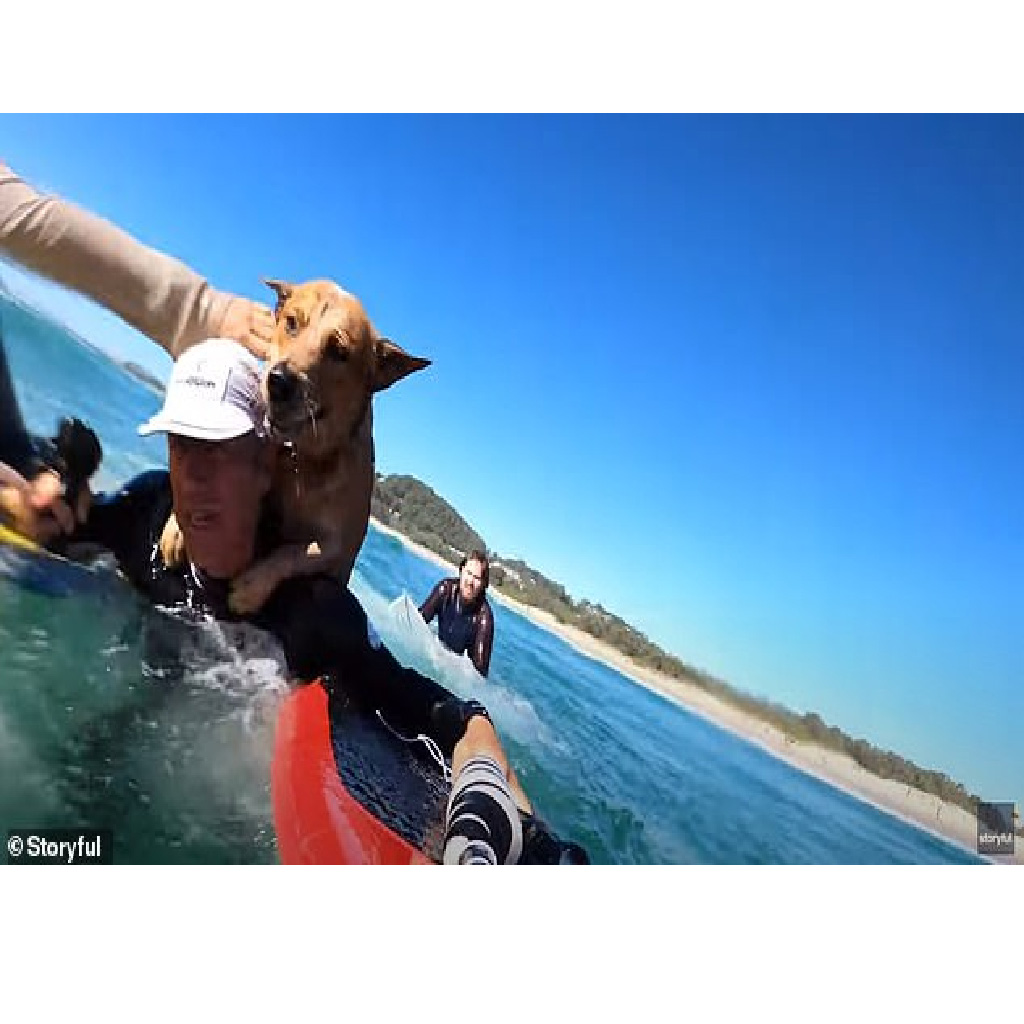 Making his way closer to the stranded animal, Vellez can be seen whistling and then calling to the dog. He then stops his hydrofoil in the water and gets down off the board, allowing the dog to swim over to him and cling to his back. 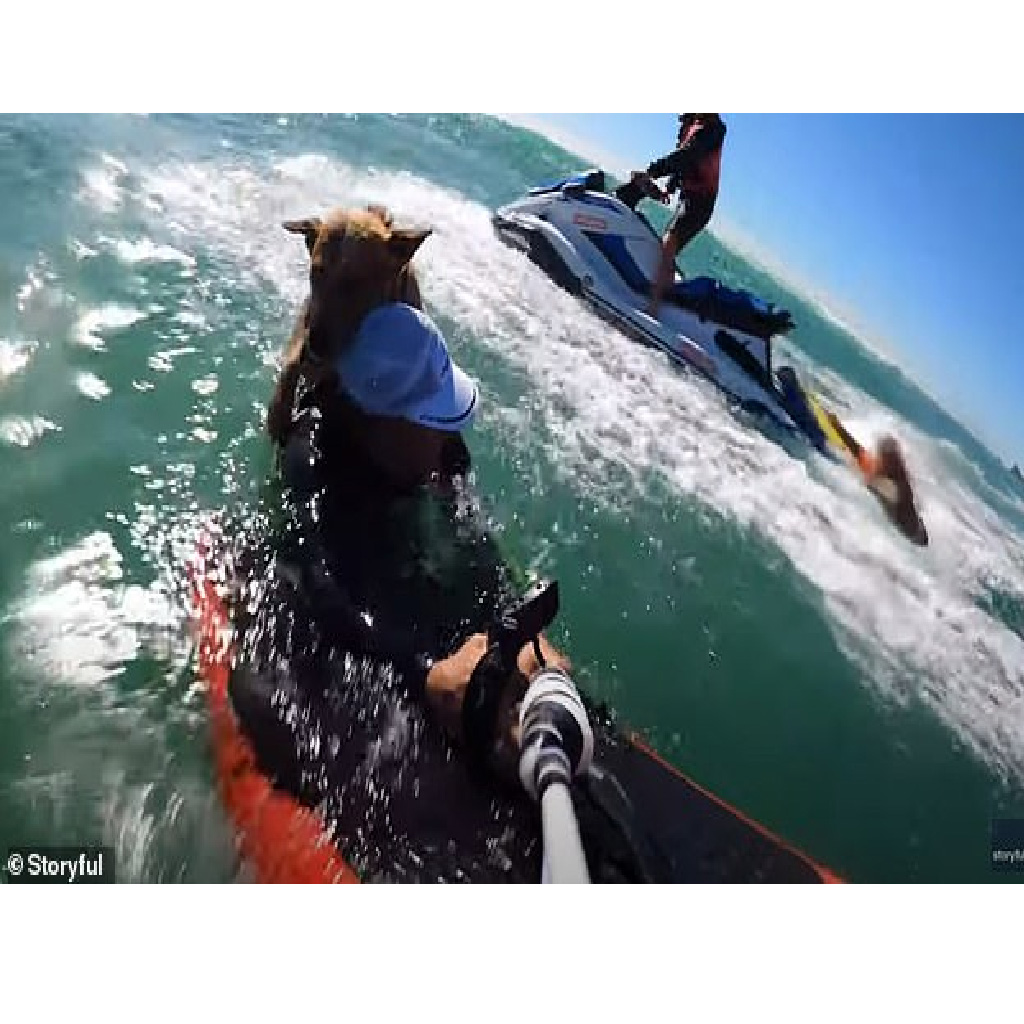 “The surf was high so he was disorientated. He was getting dunked all the time. He was pretty scared. He put his claws around my neck and clung like a person would do.’

A lifeguard on a jetski then arrived a short time later and pulled the dog to safety.

‘My concern was that the dog was too far out to be able to see the shore,’ Mr. Vellez told.