It comes as no surprise that the bride and groom are usually those people that draw the most attention at a wedding. However, there are times when guests steal their thunder. Especially, an unexpected guest- a dog. But that wasn’t even the best part of this wedding crasher – The dog so enamored the bride and groom that they decided to rescue him from the streets and adopted him! 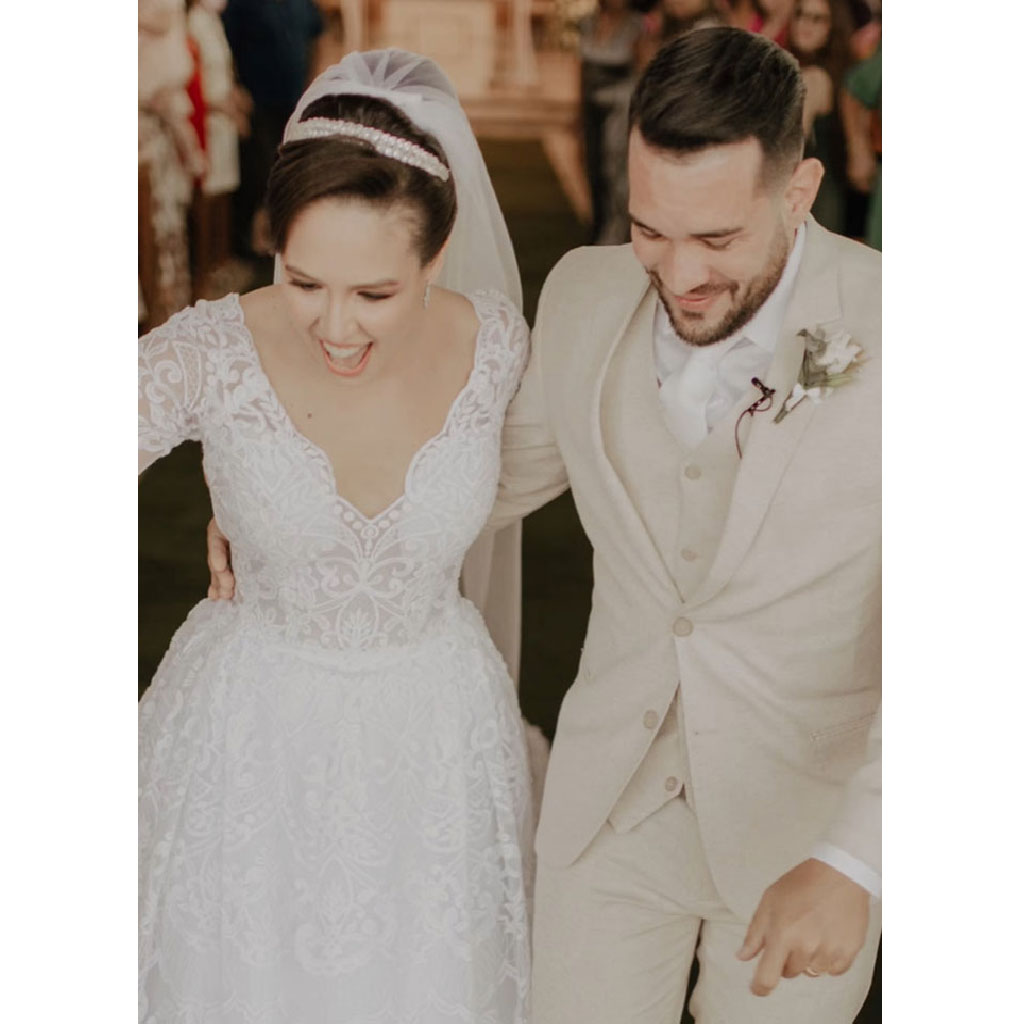 A stray dog showed up at the ceremony of Douglas Robert and Tamíris Muzini in Brazil- a Brazilian couple who were pleasantly surprised by a stray dog who came to greet them on their wedding day. He appeared suddenly at the main entrance of the church and not only watched the entire wedding but was also the first to congratulate the bride and groom. 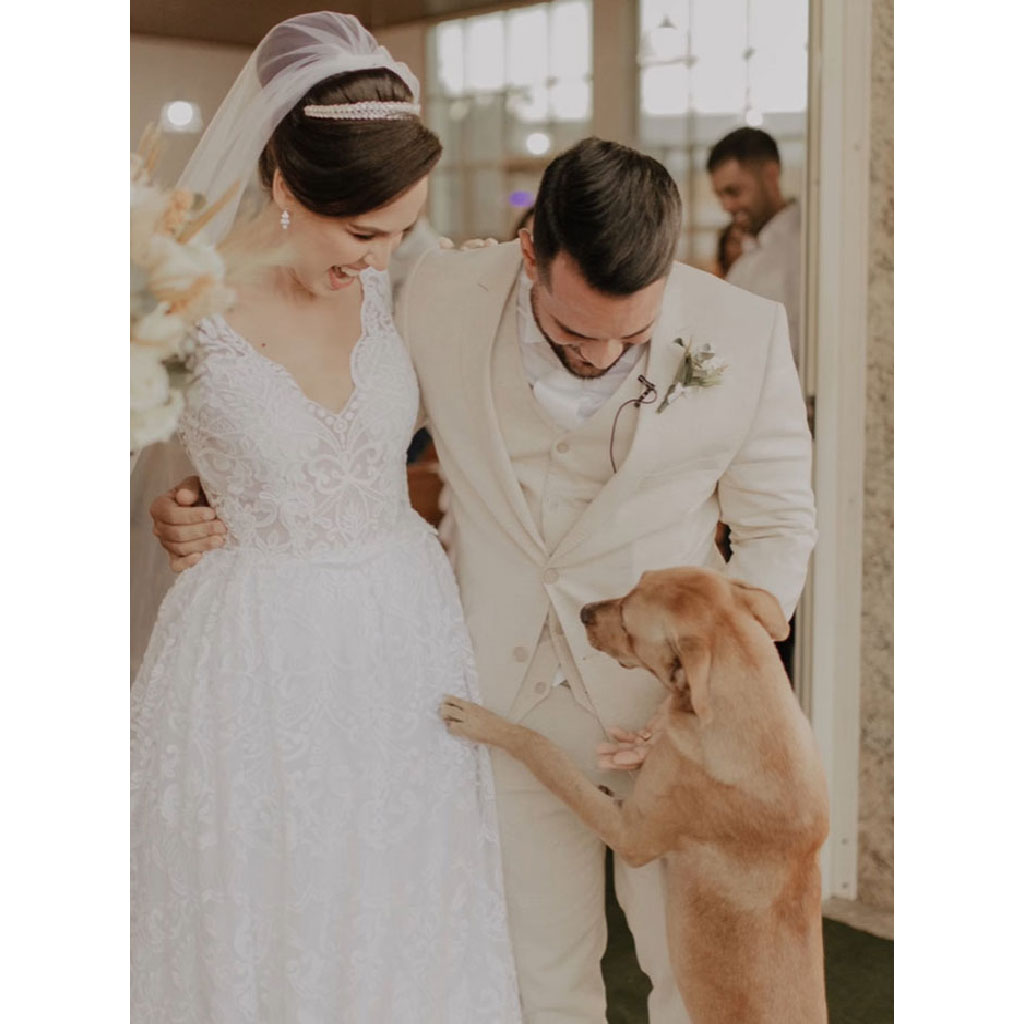 Wedding guests were instantly entertained when the dog – now named Braiá Caramelo de Jesus – showed up on the steps of the Rosário Church. He adorably mingled among them, rolling on his belly. 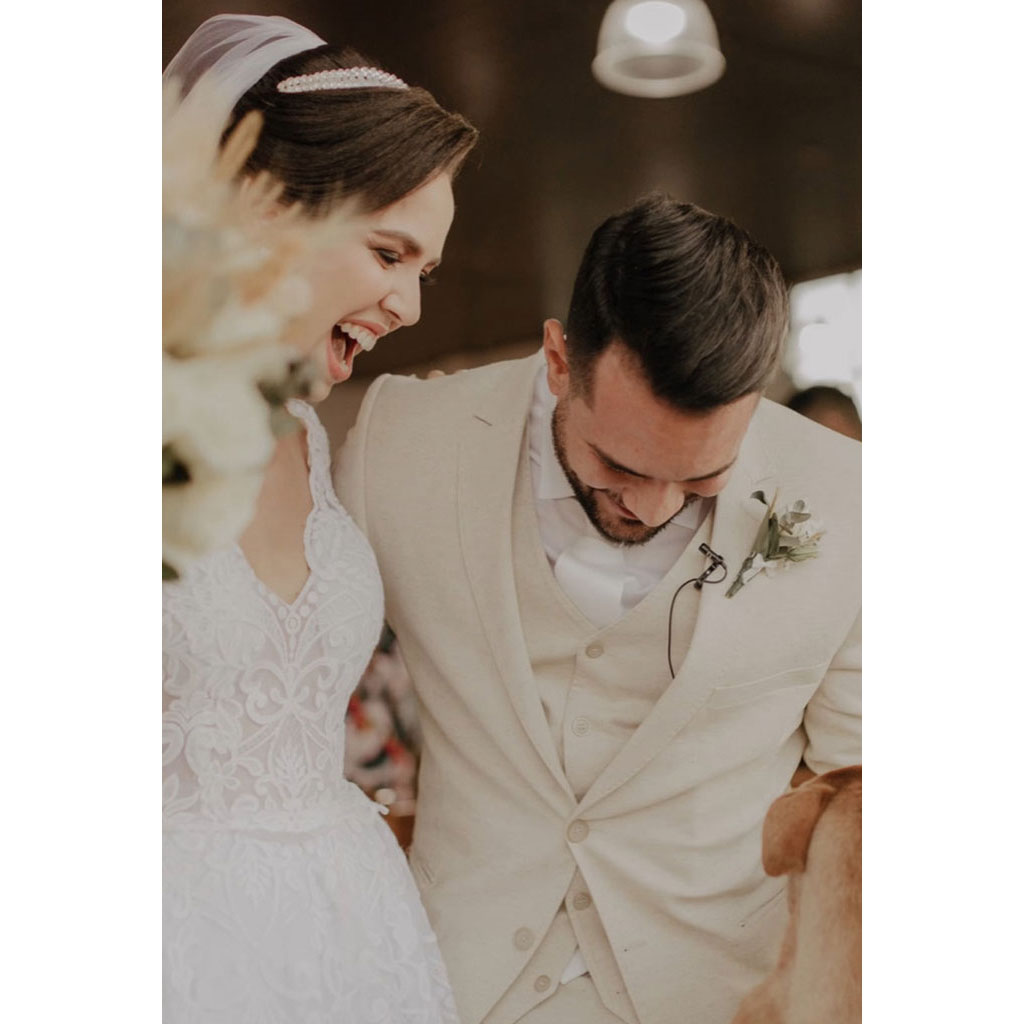 He then excitedly greeted the newly-married couple as they exited the church. Wedding photographers Yuri and Amanda Merigueti captured the delightful moment on camera.
The bride later revealed that she had spotted the dog when she first arrived at the church.

“I was surprised. I thought, ‘Look, there’s a dog inside the church,’” Muzini told. “My heart melted.” 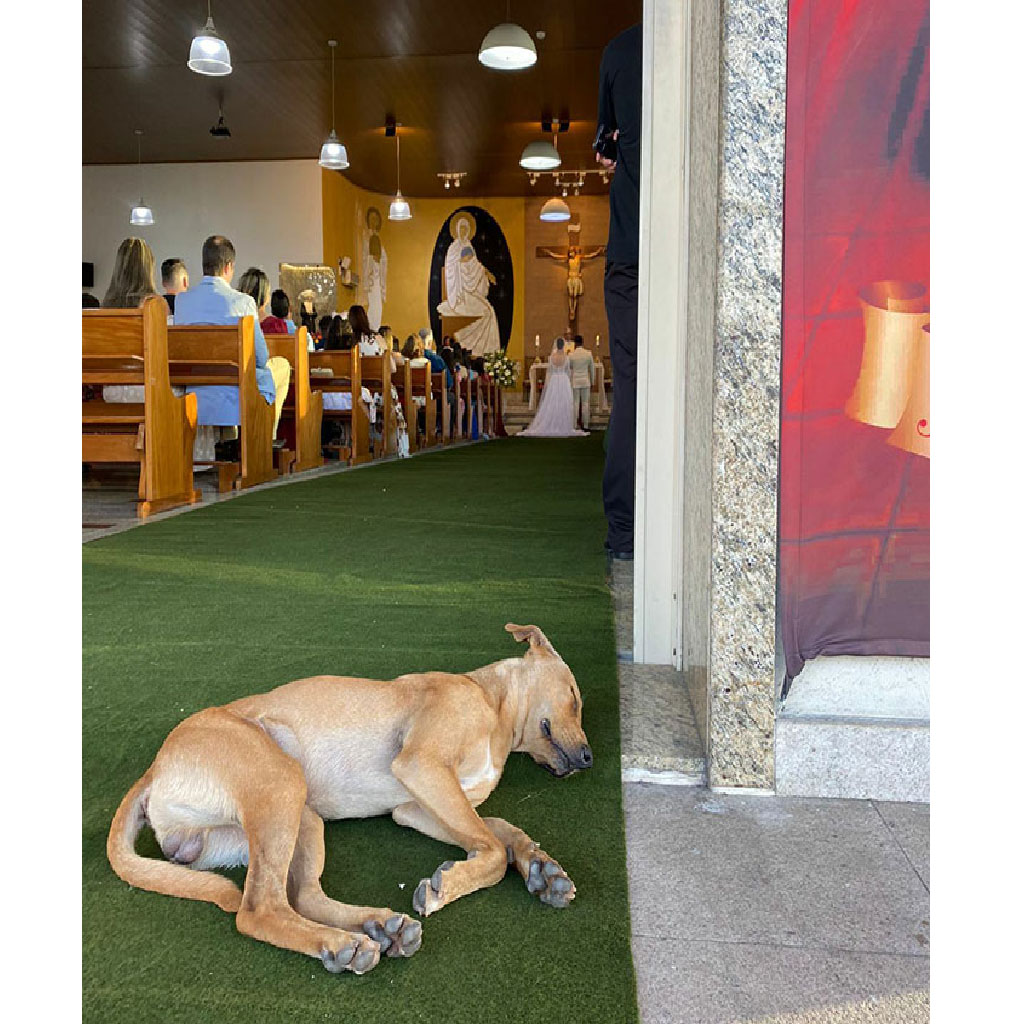 Huandra noticed that one of the dog’s paws was hurt and he had a little difficulty walking.

“He did something he hadn’t done with anyone before, he got to his feet and tried to greet the bride and groom. That’s when the bride said to me, ‘I want to adopt him, he’s amazing.’ Our hearts were in love with the puppy.” 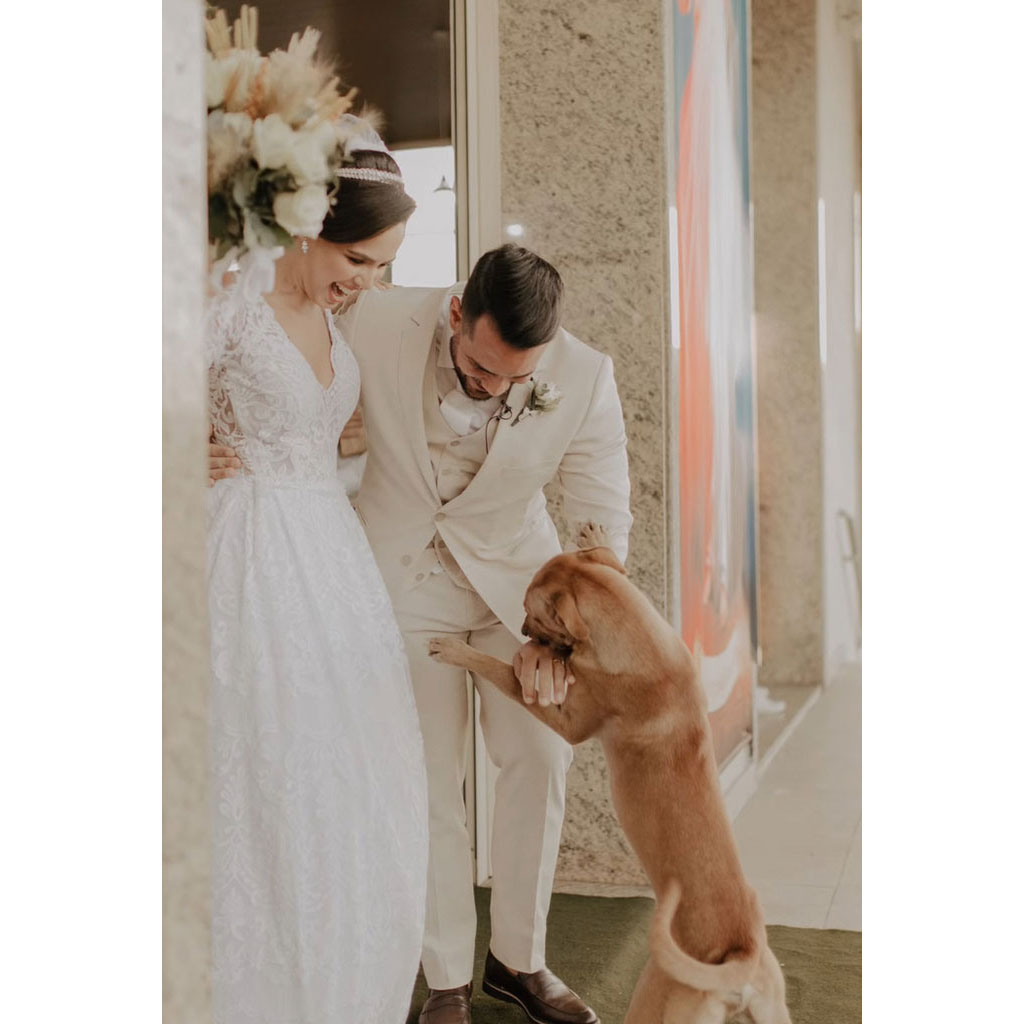 Muzini’s heart melted even more when Braiá Caramelo congratulated them as they exited the church. “When he greeted us at the end so, he asked: ‘Take me home. Take me,’” Muzini said.

As the couple left the church, Braiá Caramelo followed after them as they left. They took him to the vet to heal his broken paw and get some medicine. 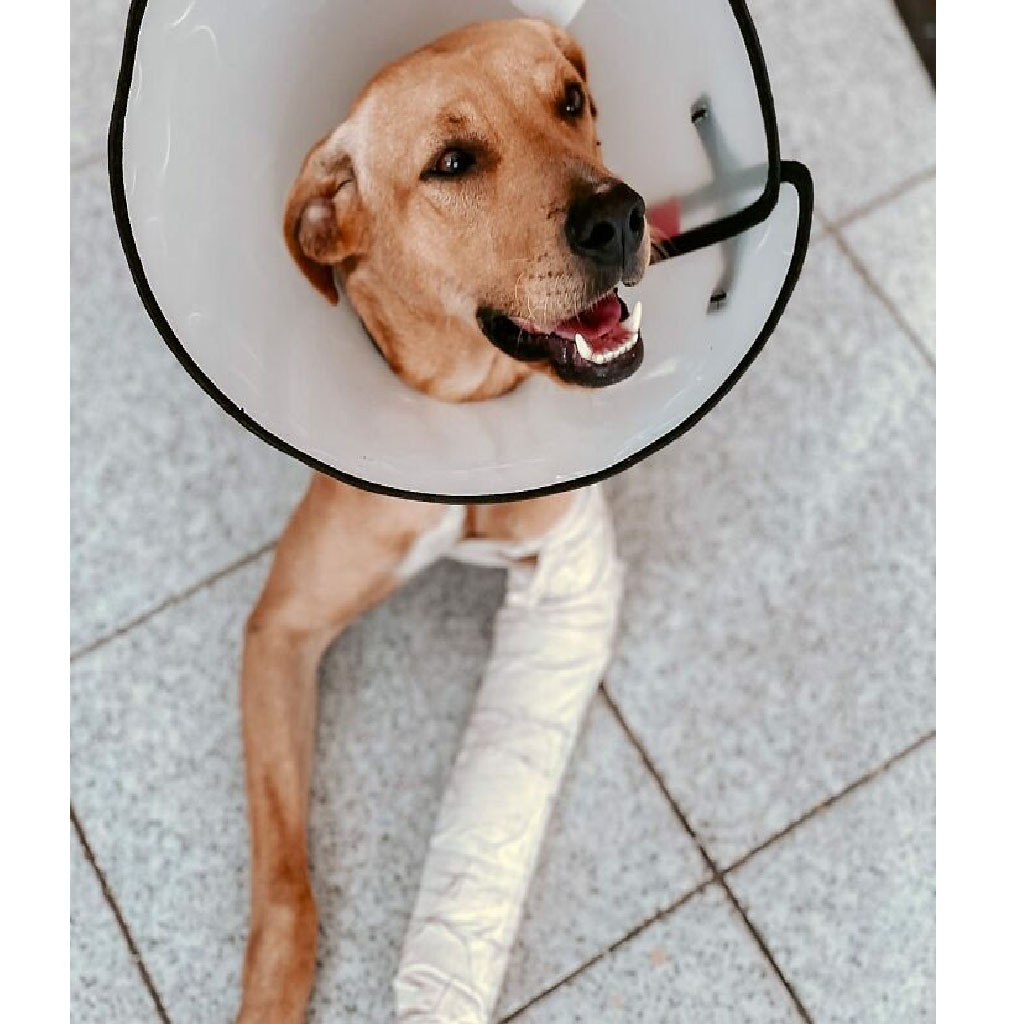 Now, the couple is on their honeymoon while Caramelo is patiently waiting at the bride’s mother’s house for them to come back. 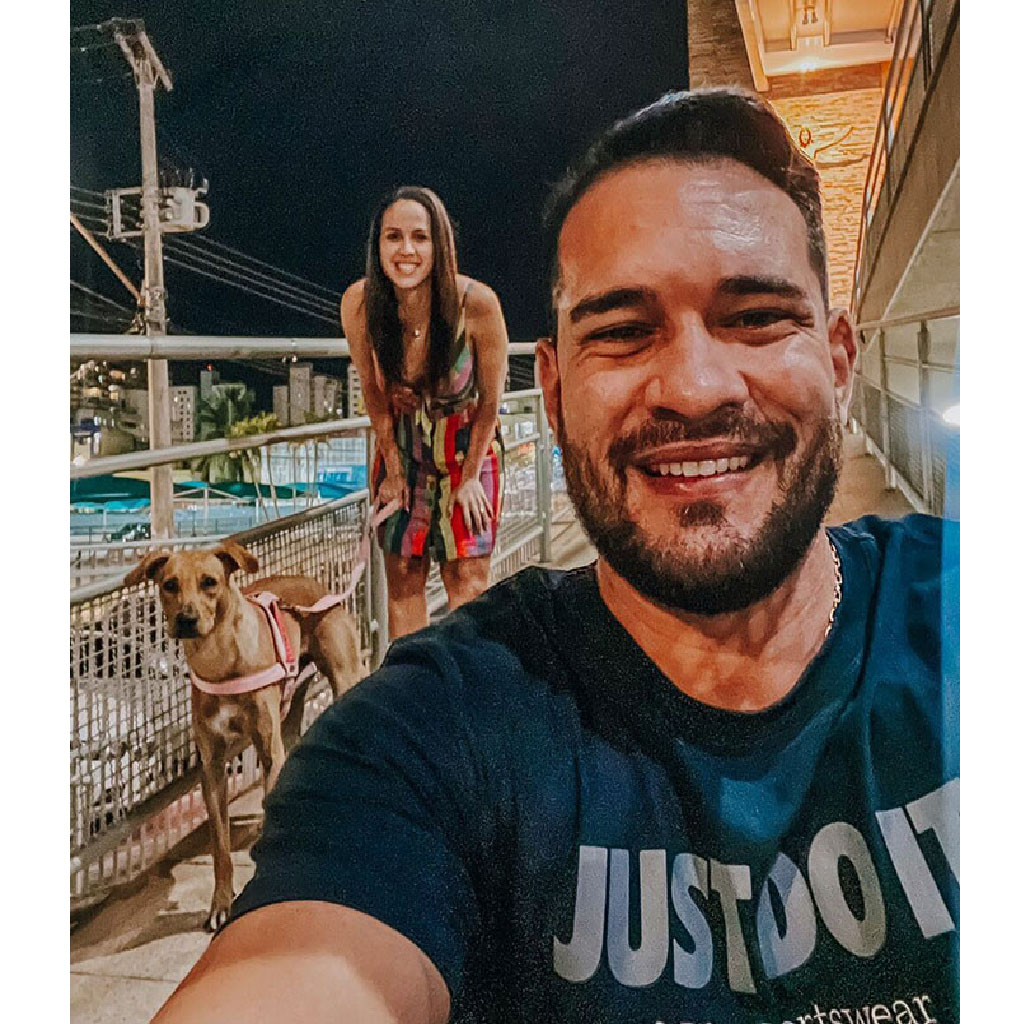