Soccer fans will relate that sometimes you just want to run into the stadium and show the players how it’s done. These emotions often occur in couch potatoes during an outburst, but we shall leave the game to professionals, except if that someone who wants to help is a dog.

Somehow a stray dog found his way into the Hernando Siles Stadium and out onto the field. 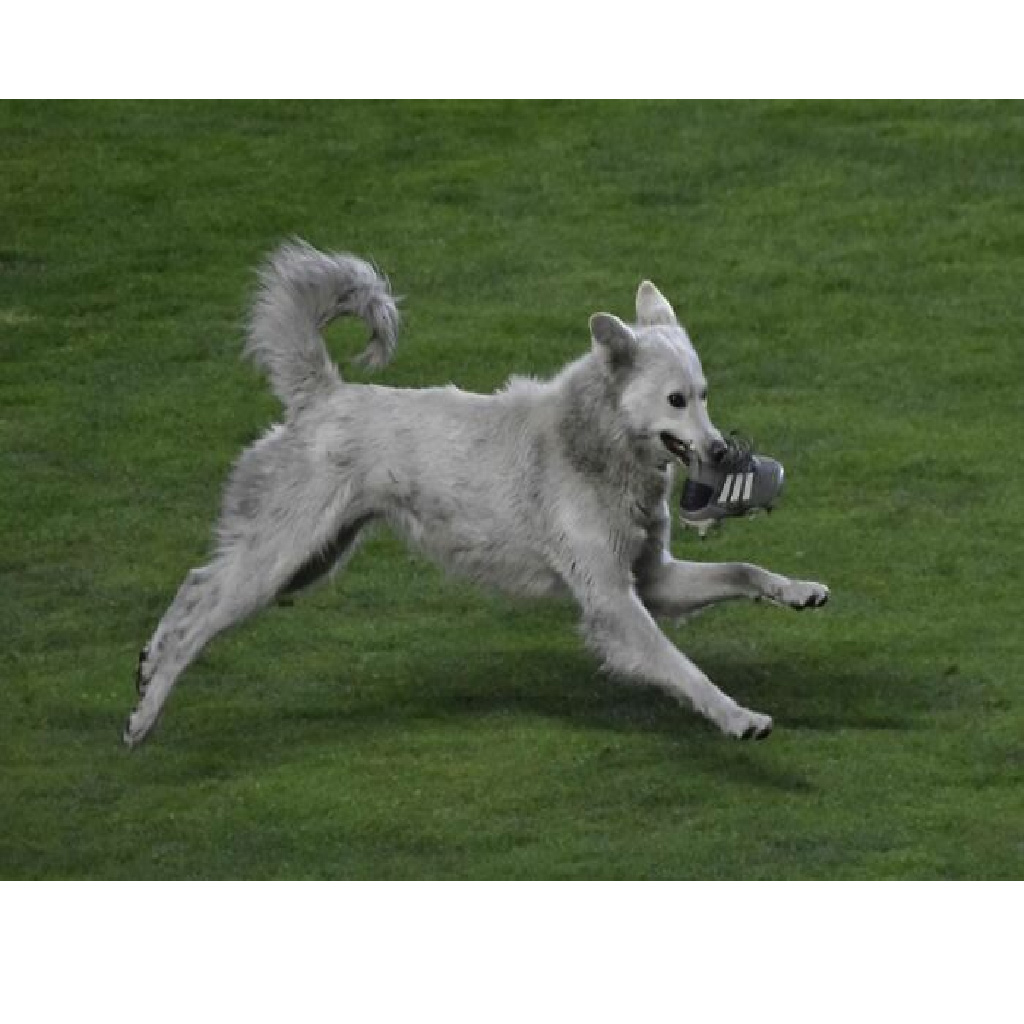 This stray dog decided to take the fate of its home team into its own paws during the game between The Strongest and Nacional Potosí at the Hernando Siles Stadium in La Paz, Bolivia, on December 24. The pooch stole the show for three minutes and had some of the best moments of glory. The dog joyfully ran around with a stolen football boot in its mouth and received some well-deserved belly rubs from players on the field before being carried off the pitch by a player from the home team, Raúl Castro. 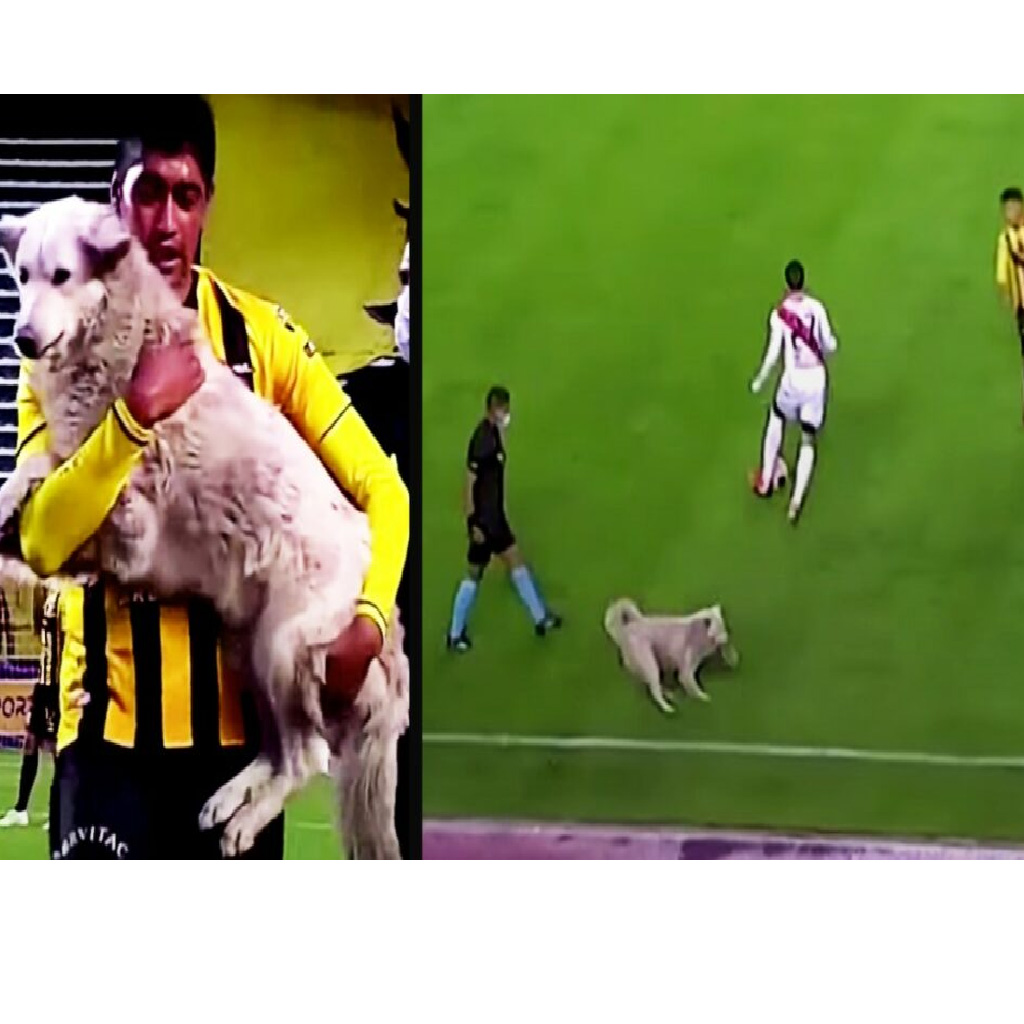 Eventually, the game pauses and some players make their way over to the uninvited guest. The sweet pooch lets them take back the shoe and rolls around on the ground, eating up all the attention and pets he is getting. They try to shoo him off the field but the dog just rolls over, looking for belly rubs! 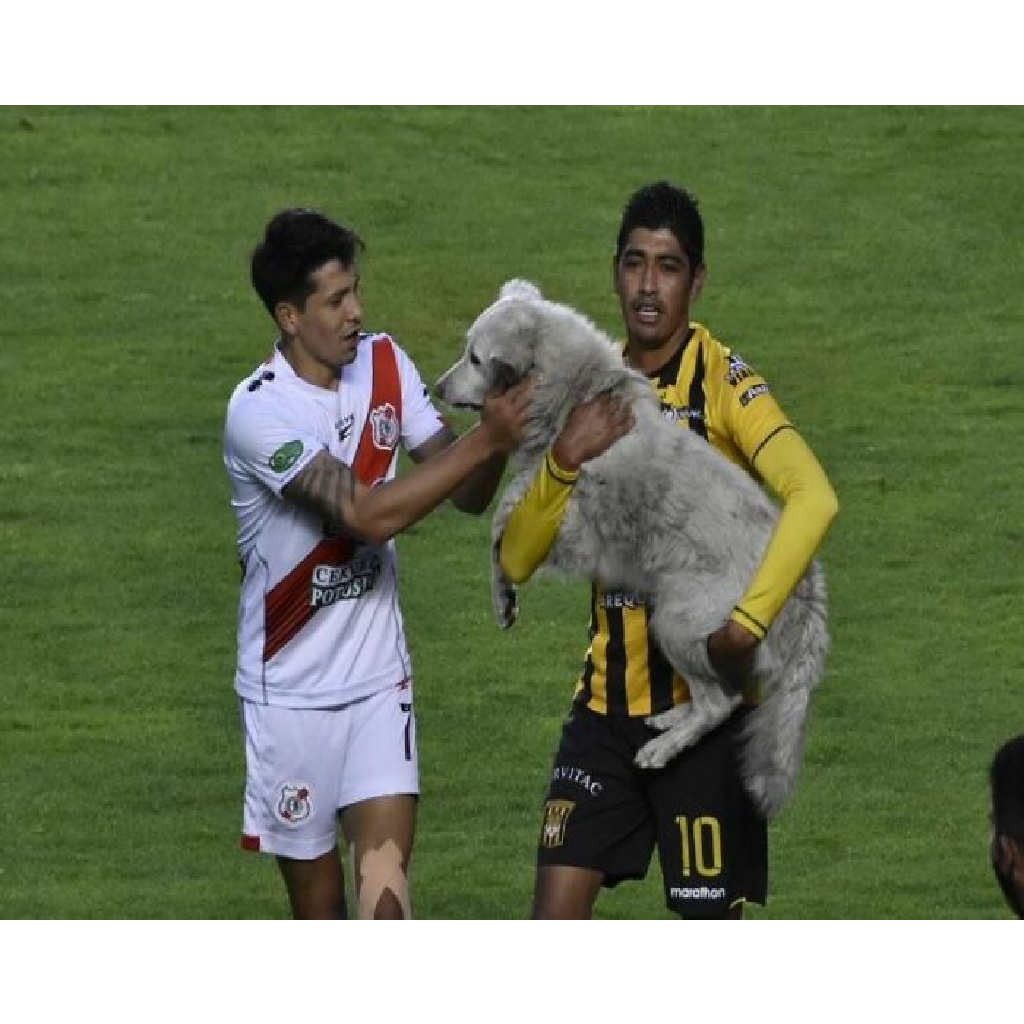 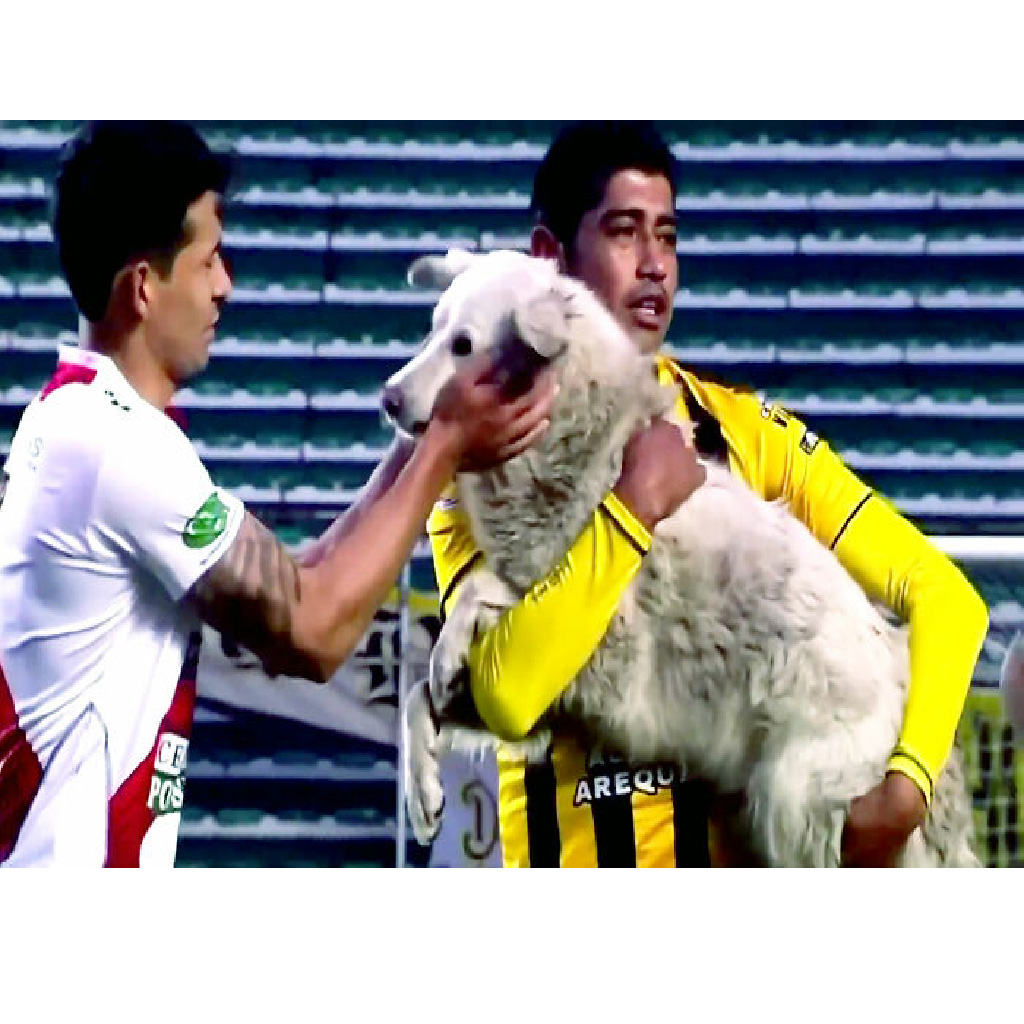 The furball later named Cachito not only won the hearts of fans, but was a good luck charm for the home team as they won the Christmas Eve match 3-0. Unfortunately, its story doesn’t end there, although in the end, it’s more than the dog bargained for unless that was its plan all along. A few days after the dog interrupted the soccer game, he got h.i.t by a car. 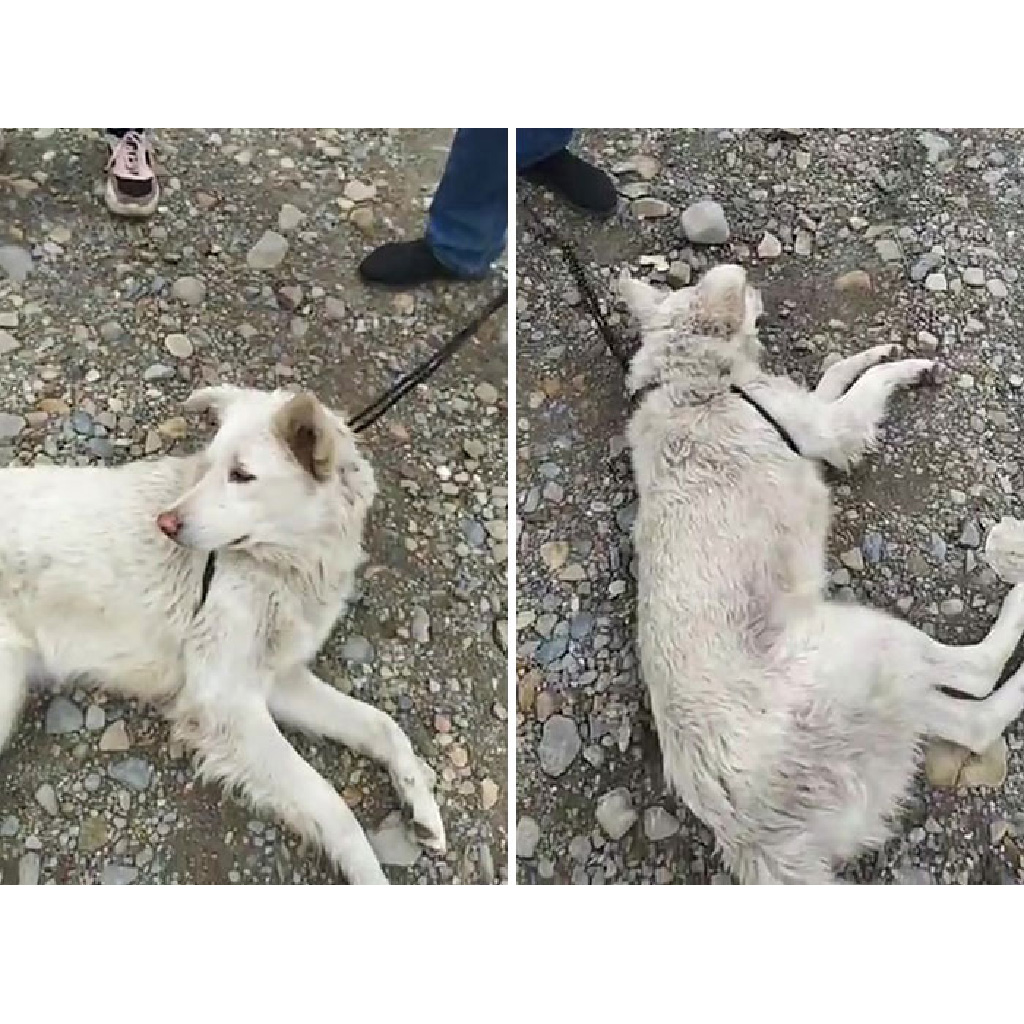 Thankfully, a local animal rescue came and picked him up. They started calling the dog Cachito and treated his injuries from the accident.
After hearing the news, Raúl Castro, who escorted Cachito out of the stadium, decided to adopt the pup as soon as he returns from the next game. 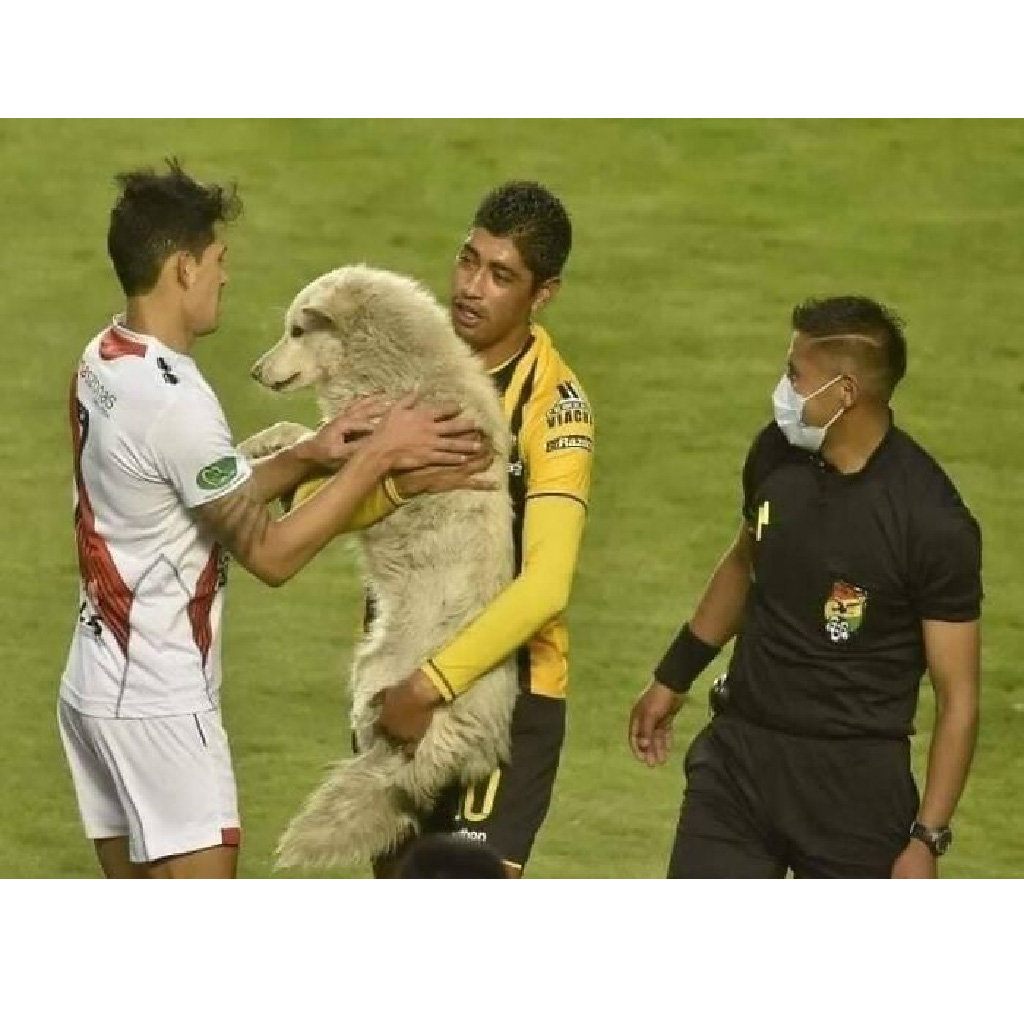