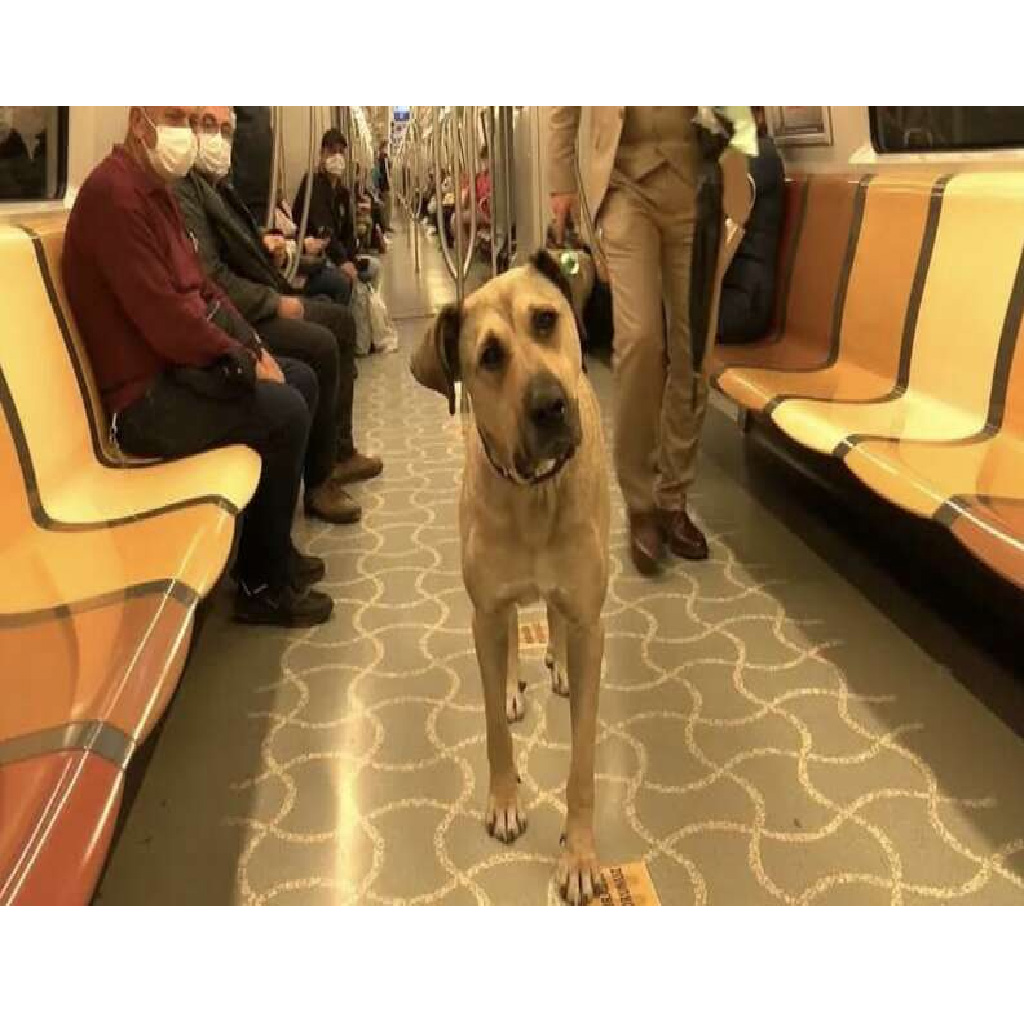 Boji is a clever stray who regularly commutes using Istanbul’s public transport system. He brings joy to the commuters every day, and always seems to know exactly where he is going. 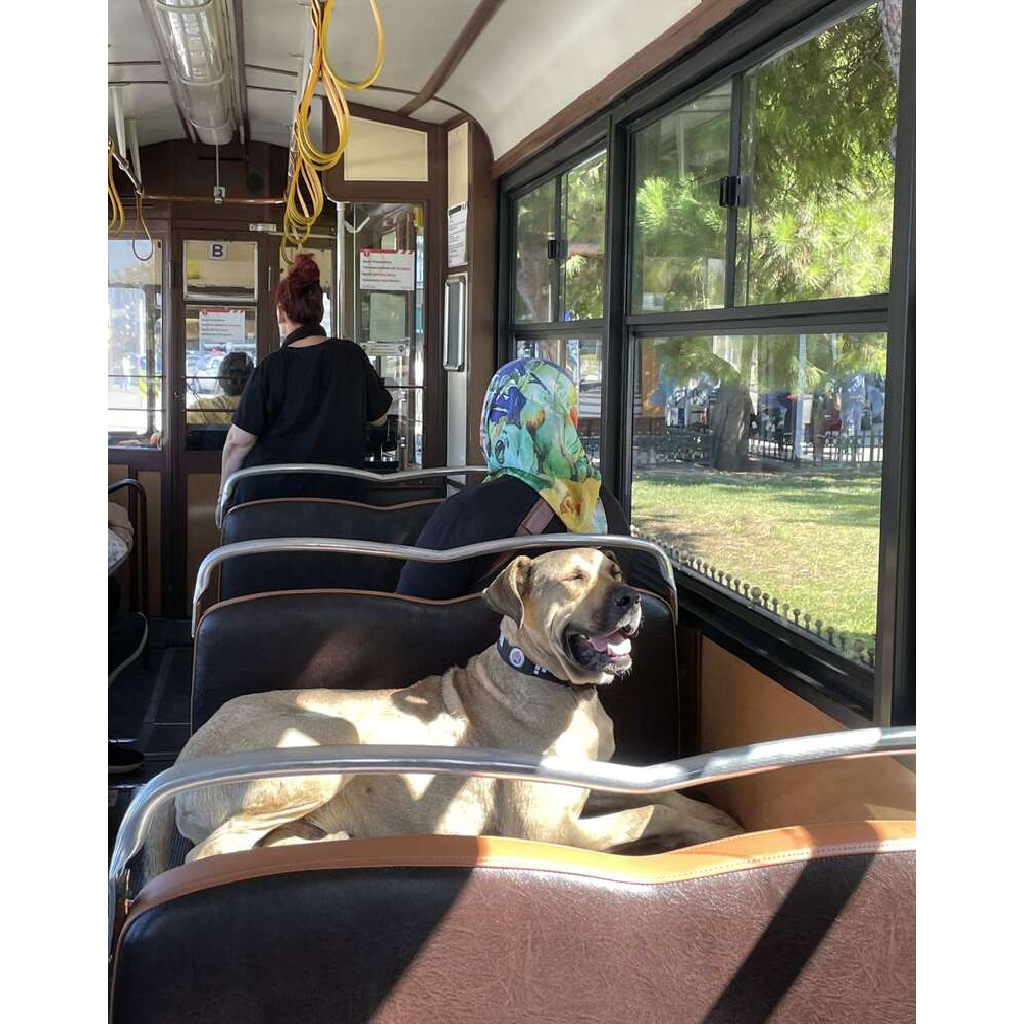 “It was quite interesting and we have started to follow him. And it was really an interesting pattern. It’s something like that he knows where to go and has a purpose.” 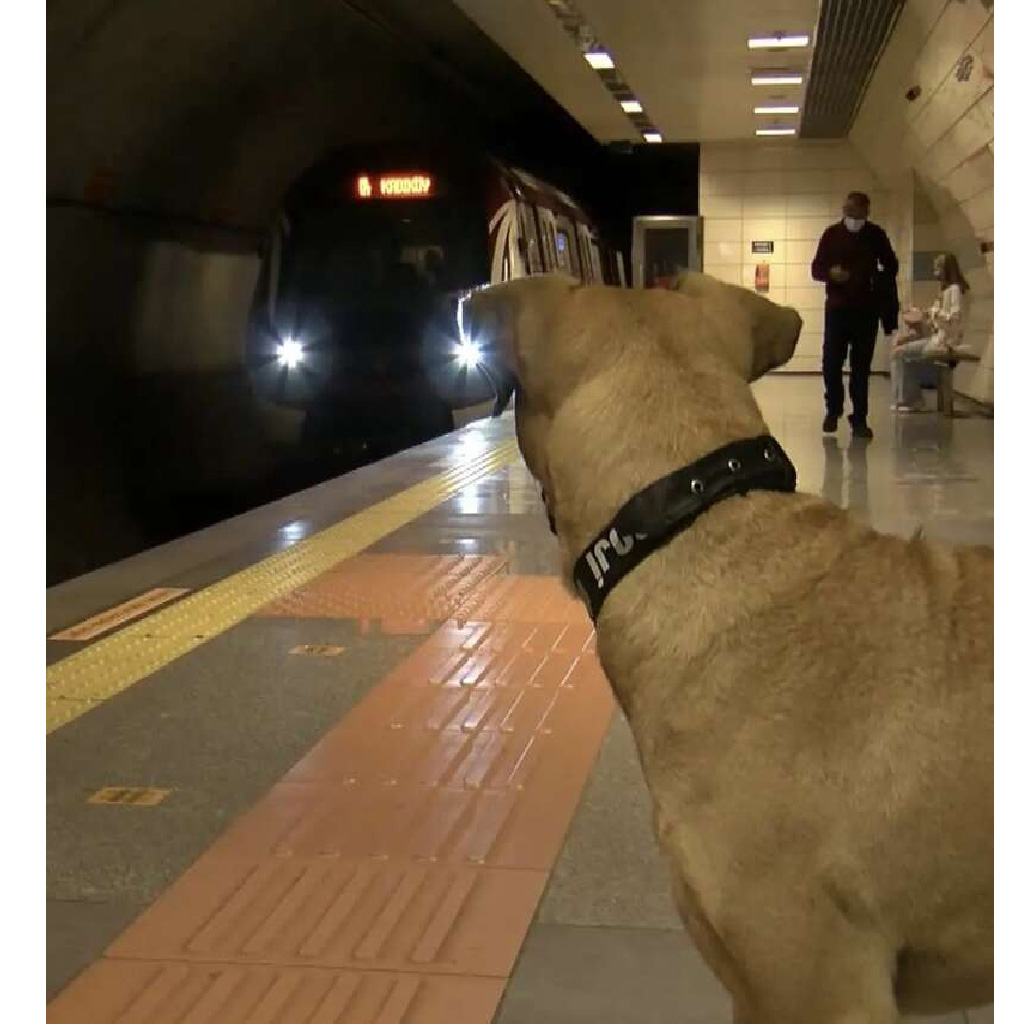 Boji travels around 18 miles a day while visiting around 29 stations, “I think it’s very beautiful,” passenger Abdulkadir Yalçın told Cumhuriyet. “It adds joy to the subway. It makes us smile. It’s the first time I’ve encountered such a thing.” 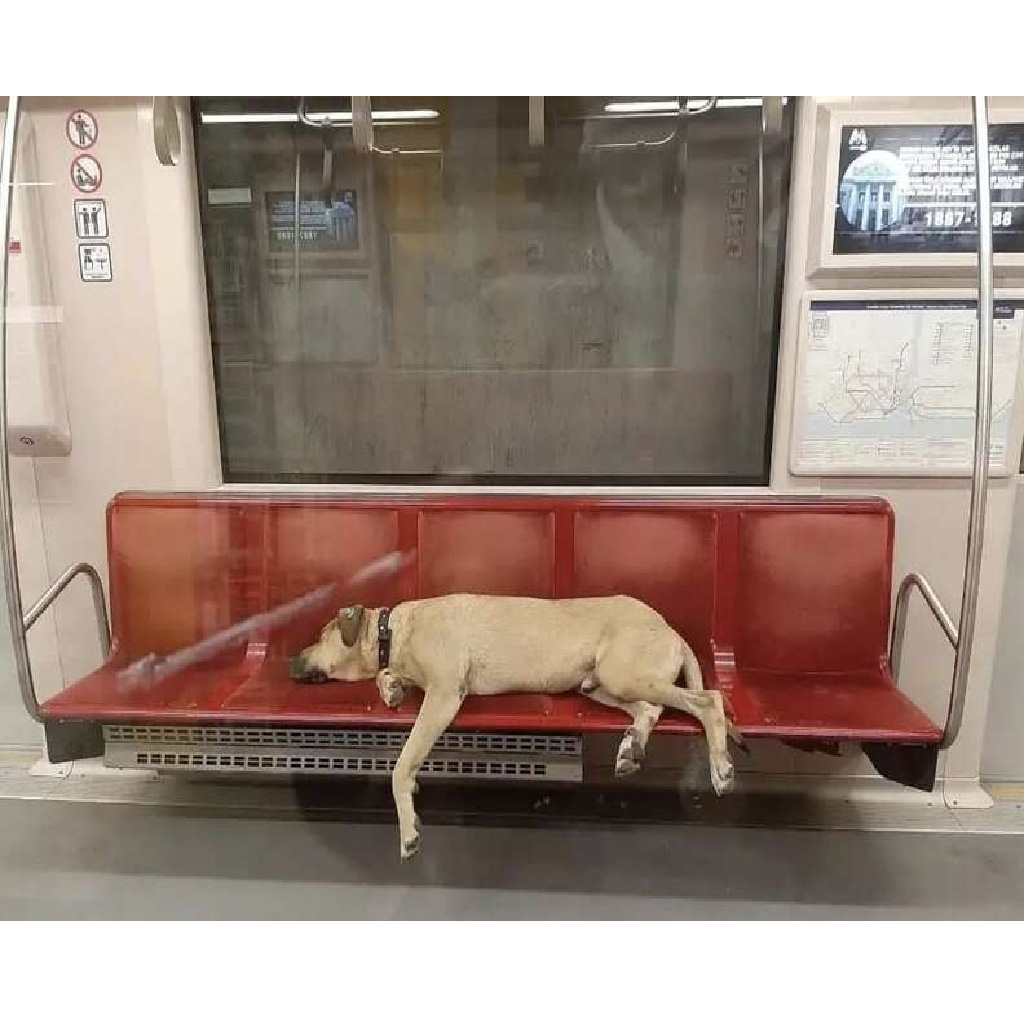 Boji’s frequent travels have made him a celebrity on public transit. When he’s not napping on a tram seat, rushing to catch a train, or enjoying the breeze on the ferry, he’s always happy to pose for selfies with commuters and receive lots of pets and treats. 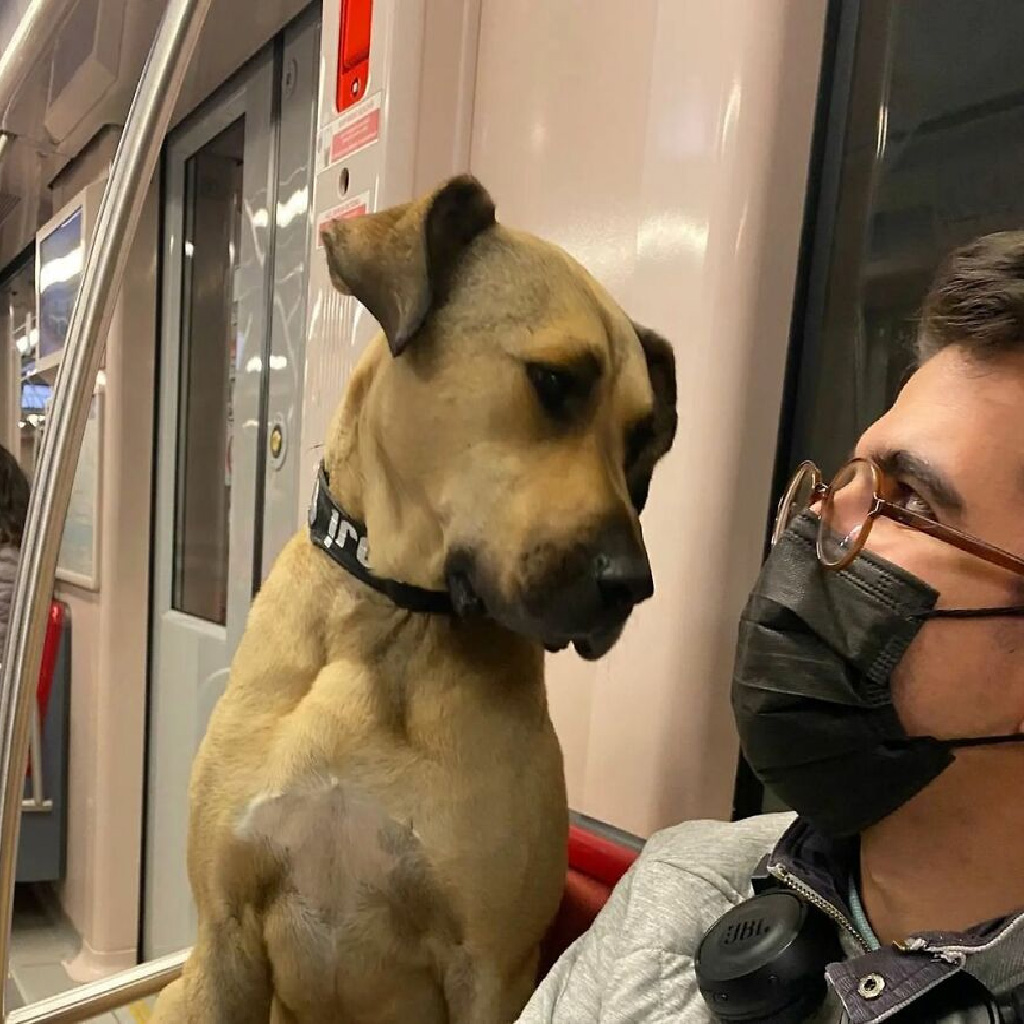 In mid-August, public transit officials picked Boji up and brought him to a vet for a health check. Boji also received a microchip which is connected to a mobile application, allowing the Metro Istanbul customer relations department to keep tabs on his whereabouts and wellbeing. 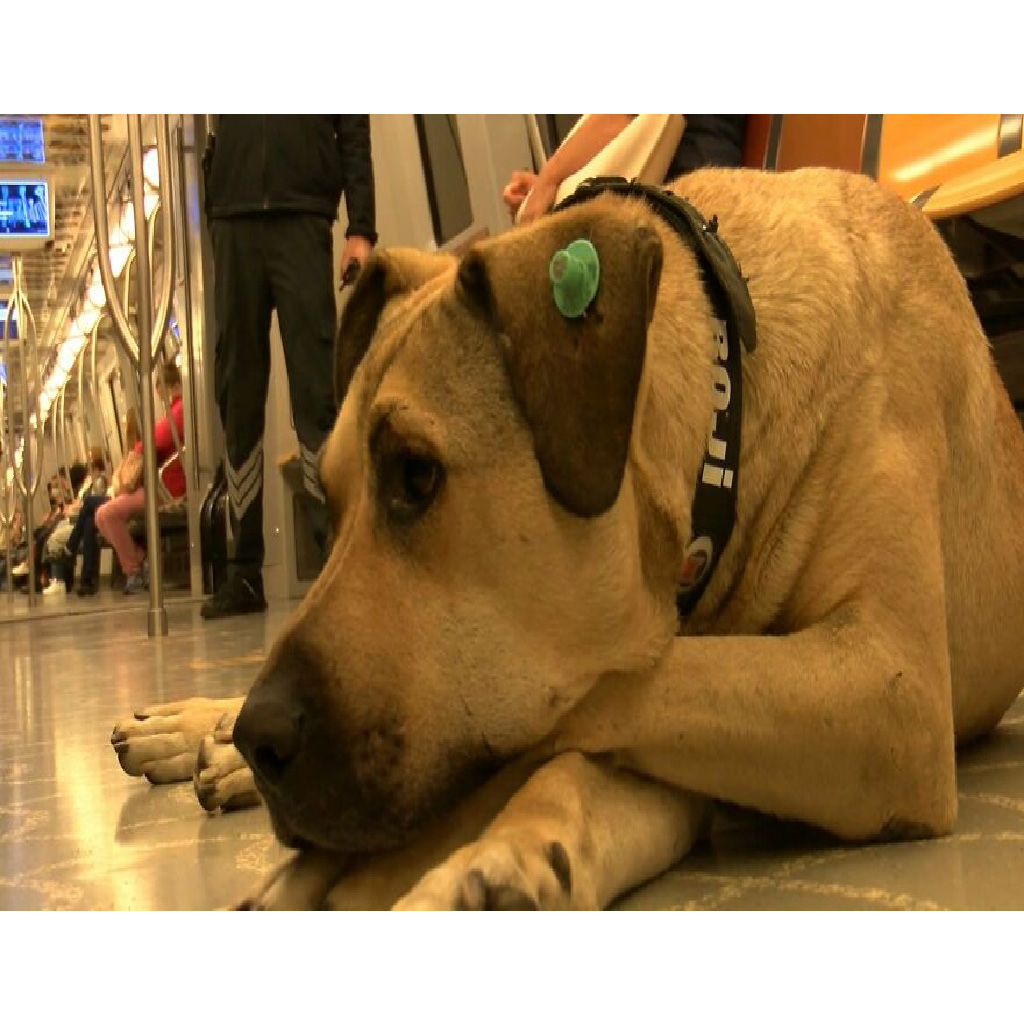