Some people just wait for opportunity to come, other people are born to be street performers. Needless to say, life as a street performer isn’t all fun and games. Performing for passersby every night takes a significant amount of talent and confidence.

Whoever said that cats are clueless when it comes to understanding humans’ emotions needs to watch the video below. In it, a group of thoughtful felines gathers around to support a busker performing on the street, and it’s something that it’s going to fill your heart in joy. 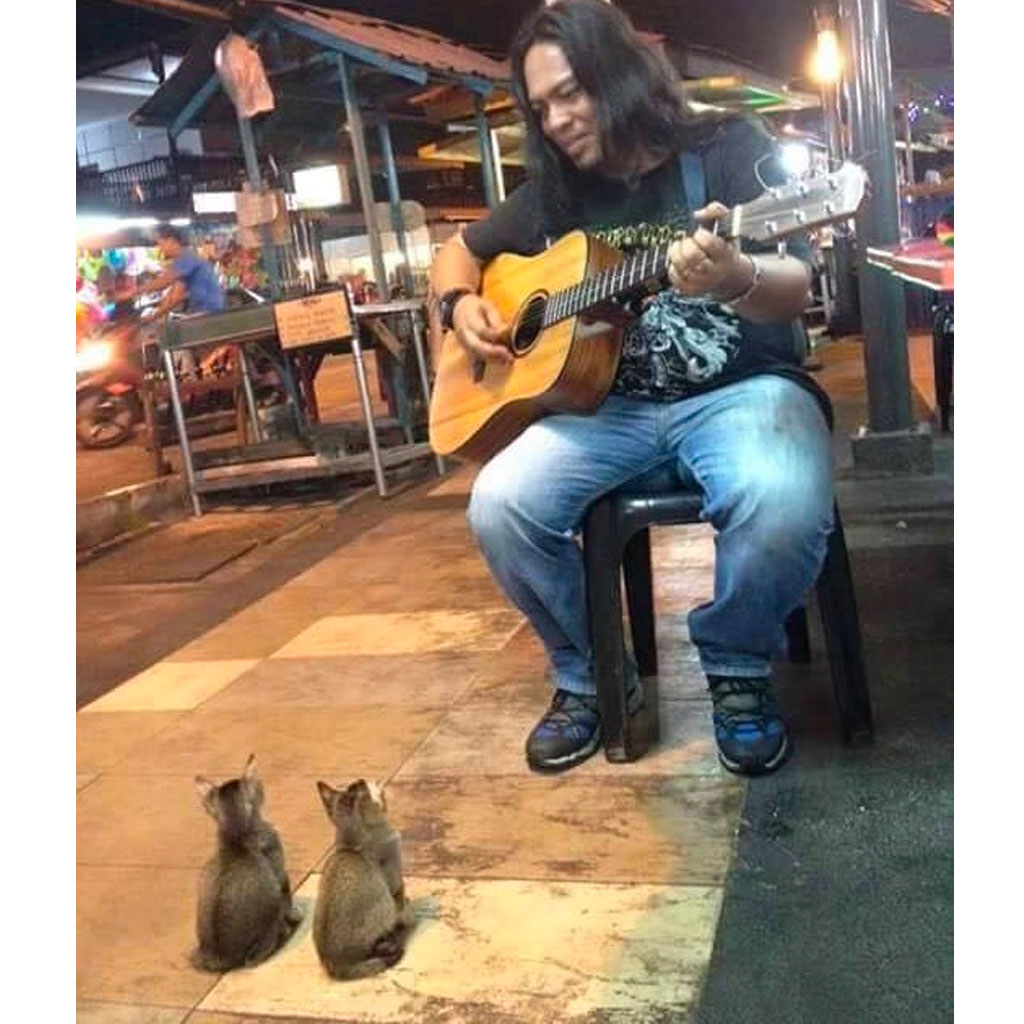 According to the clip’s brief description on the network, the street singer wasn’t having any luck getting people to stop and listen to him sing, so he felt pretty down for not having an audience to share his music with. Then is when the cats started gathering around him and paying attention to his art. 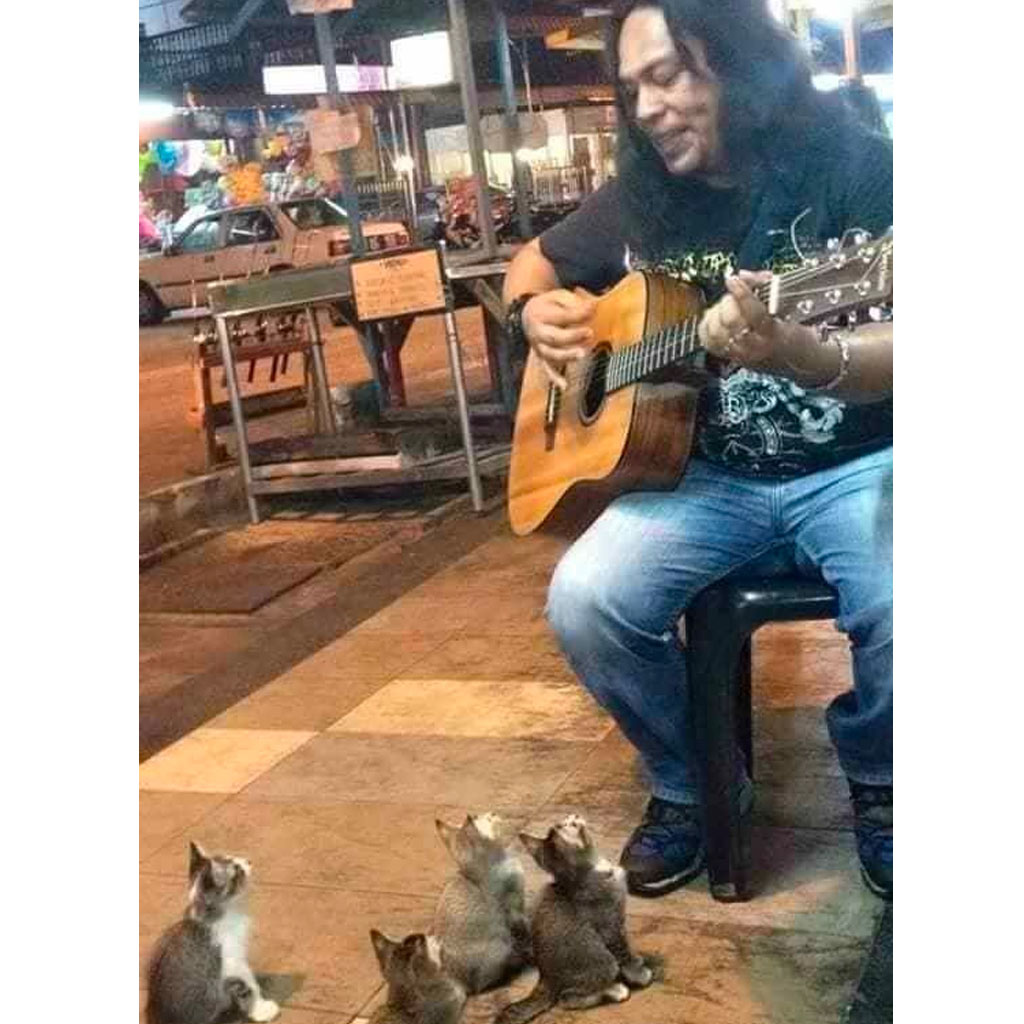 This Malaysian busker was about to call it a day, as not many people gathered around to hear him sing. Just as he started to sing for fun, the cutest little audience showed up… A group of four 3-month-old kittens came to show their support!

“Suddenly, the kittens (3 months old) come and sit in front of him, he continued, it’s like [they] know his feeling and give him support,” the owner of the video wrote online. “The kittens be his audience till the end and he thanked the kittens for watching his performance.” The best part? At one point, the kittens started to bob their fuzzy little heads along with the beat! 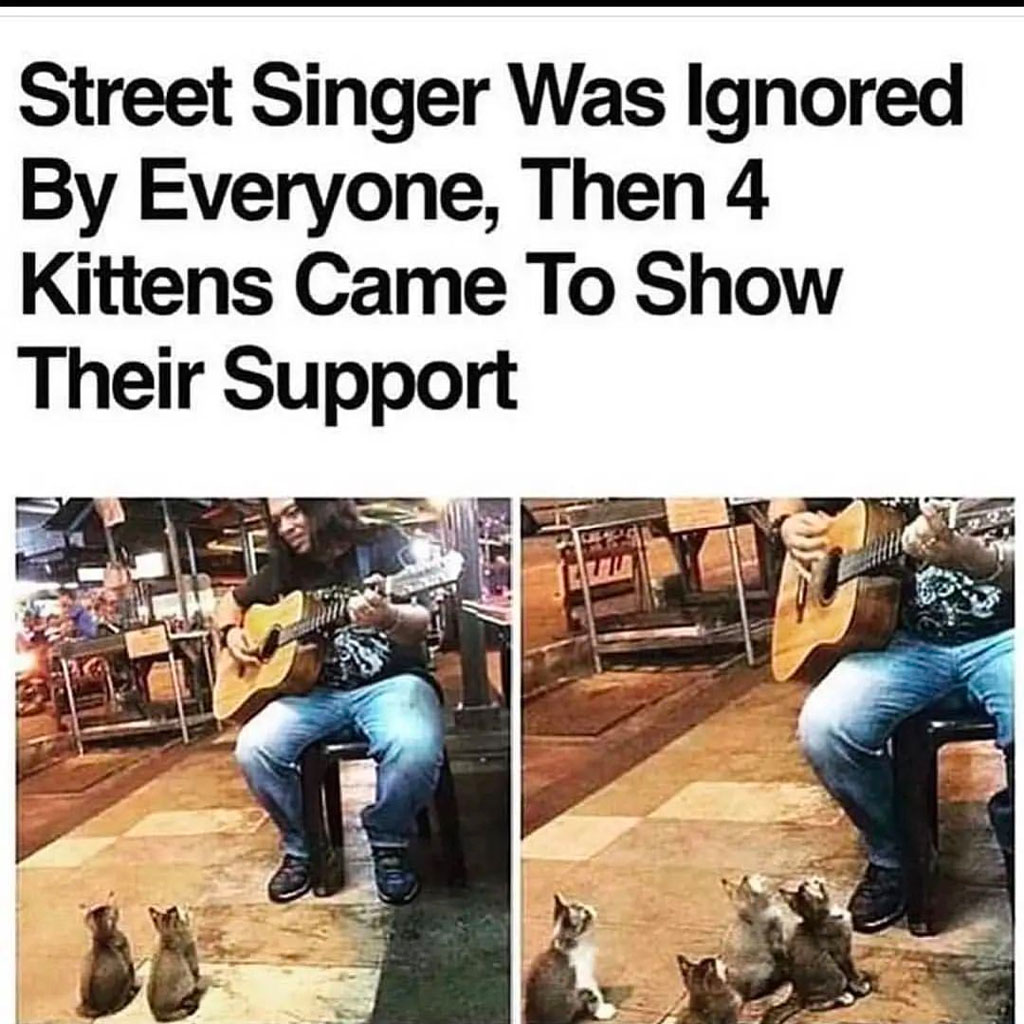 And soon, there were no less than 4 kittens that were absolutely captivated by the beautiful music the man managed to create using a guitar and his incredible voice. The one-of-a-kind scene was captured on a street in Malaysia, but thanks to the power of social media and the Internet, it has reached people worldwide.