I am sure most of you remember the story of the German Shepherd who was seen laying on the grave of whom we were told was her owner she dearly missed. The faith in this dog broke the hearts of millions of people into a million pieces. However, it turned out that it wasn’t the real story behind the photo that went viral in a blink of an eye. 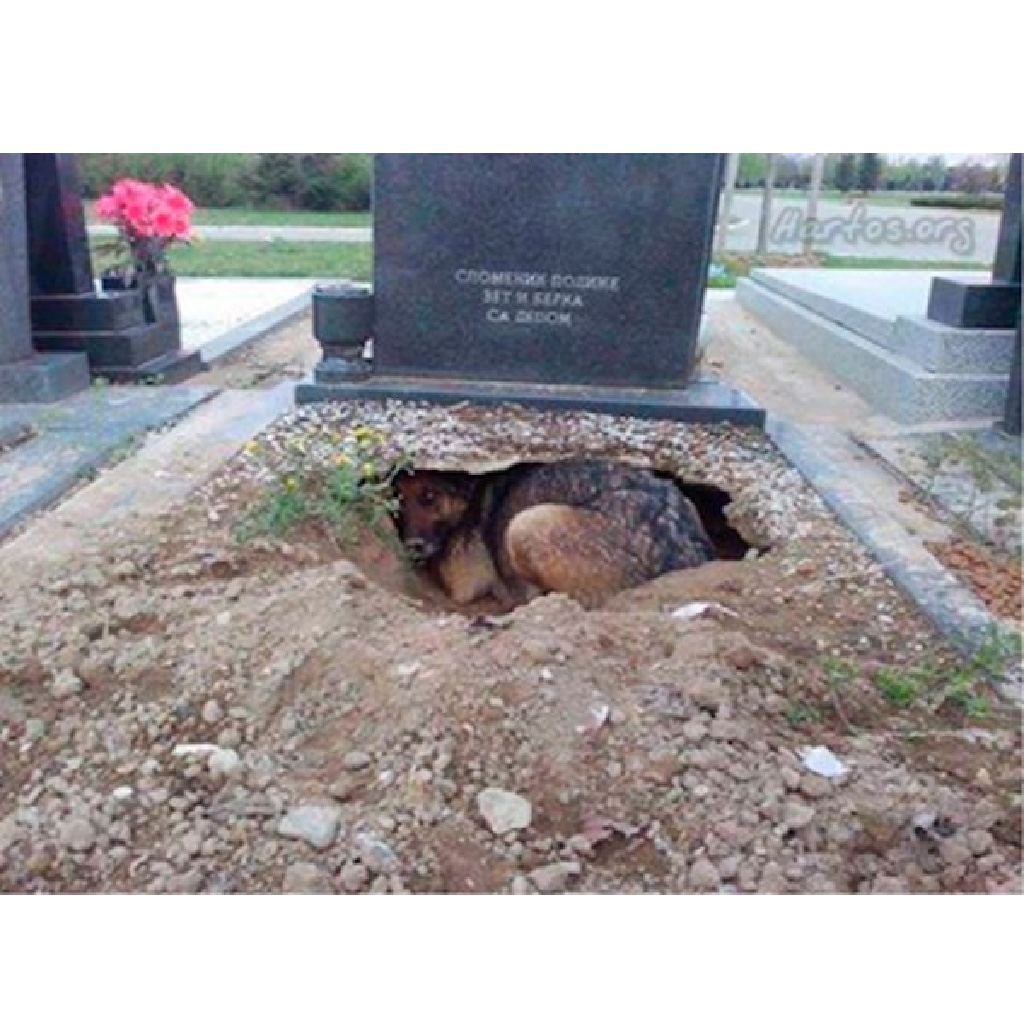 A heartbreaking photo of a German Shepherd in a cemetery went viral in April 2015 and was shared by animal lovers all over the world. The dog, curled up in the crevice, was thought to be a loyal dog [ɢʀᴀᴠing] for her [ᴅᴇᴄᴇᴀsᴇᴅ] owner. The true story of the life of this dog is also heartbreaking, but the good thing is that after her ordeal, this dog that stole our hearts got her happy ending. 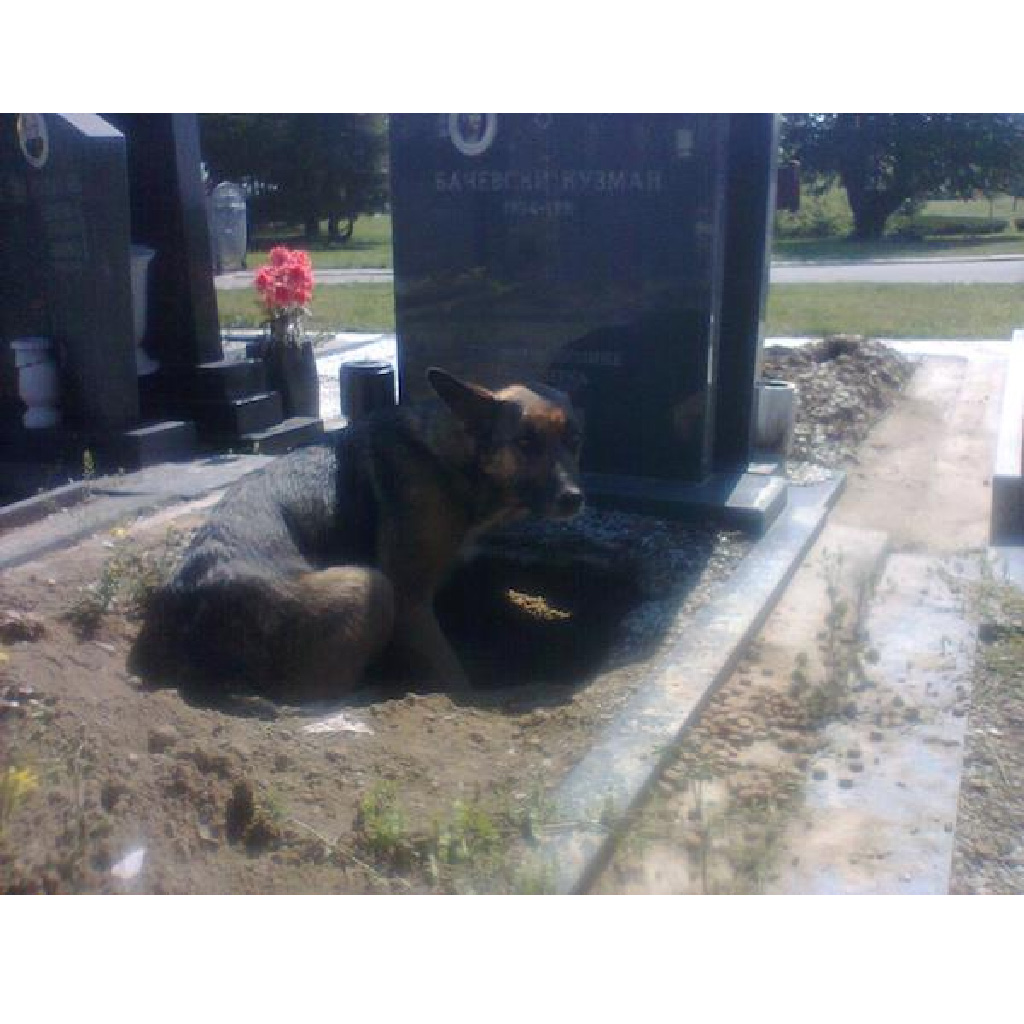 It turns out the mother dog was a stray who was desperately trying to find a safe place for her litter of puppies. Eventually, she chose the [ɢʀᴀᴠᴇʏᴀʀᴅ] and dig a hole into one of the [ɢʀᴀᴠᴇʏ]. 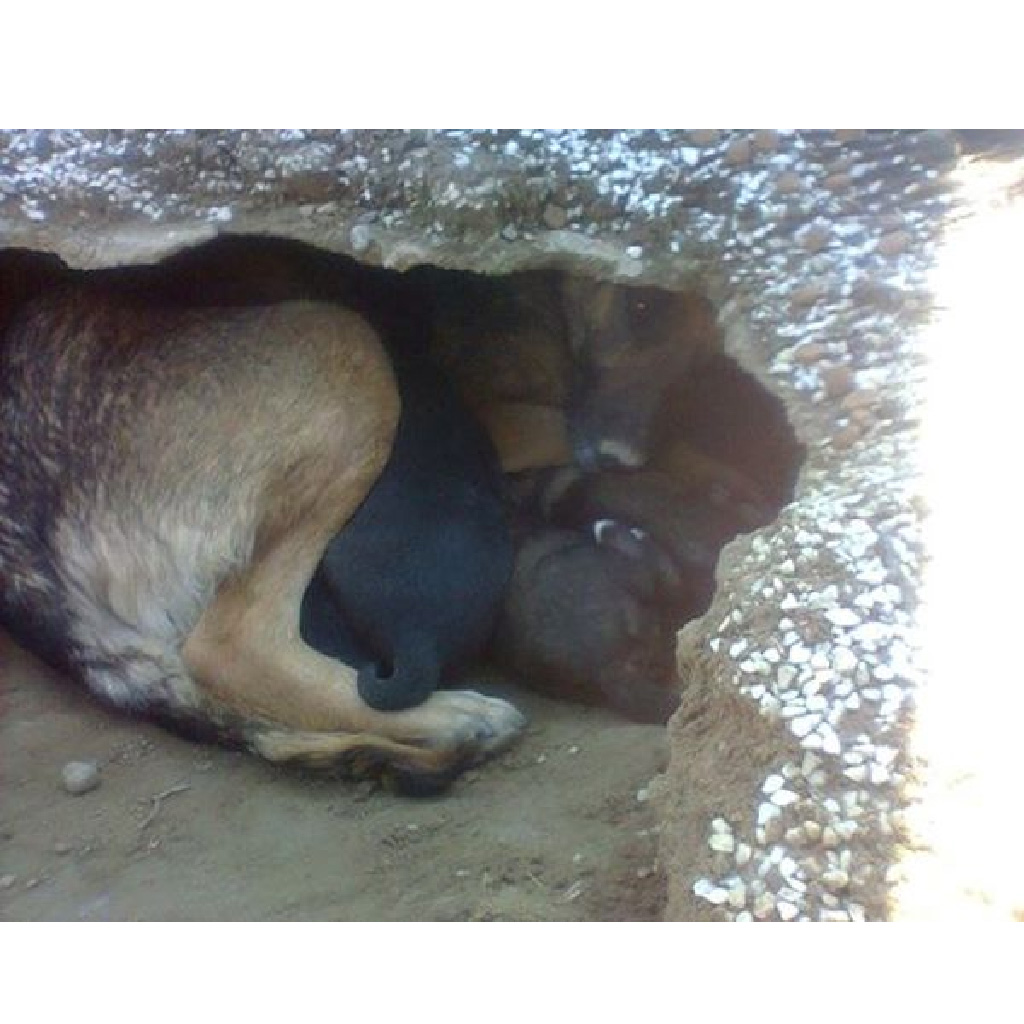 This unusual event took place at the [ɢʀᴀᴠᴇʏᴀʀᴅ] of Novi Beograd, Belgrade, Serbia.
This brave mother and her babies were spotted by an animal lover who decided to take things into her hands and take them off that place to a safer one. 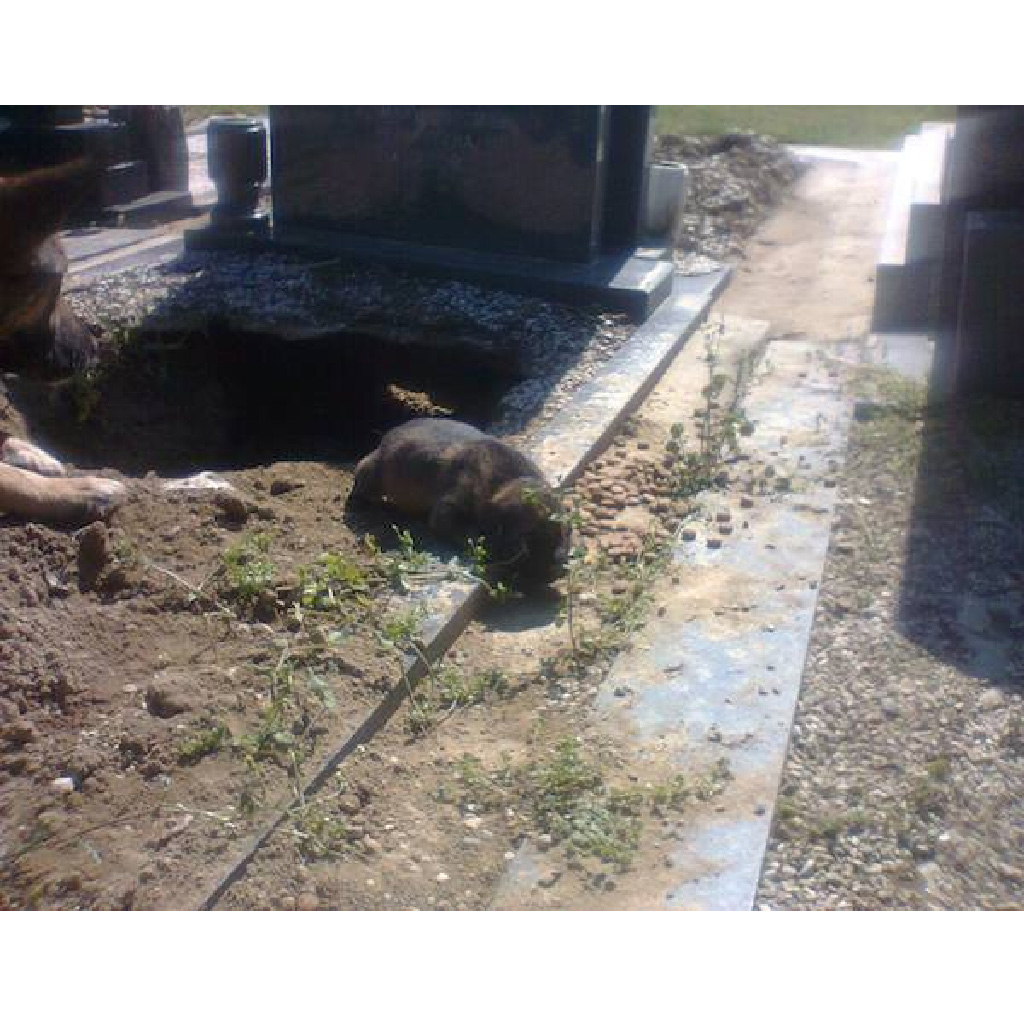 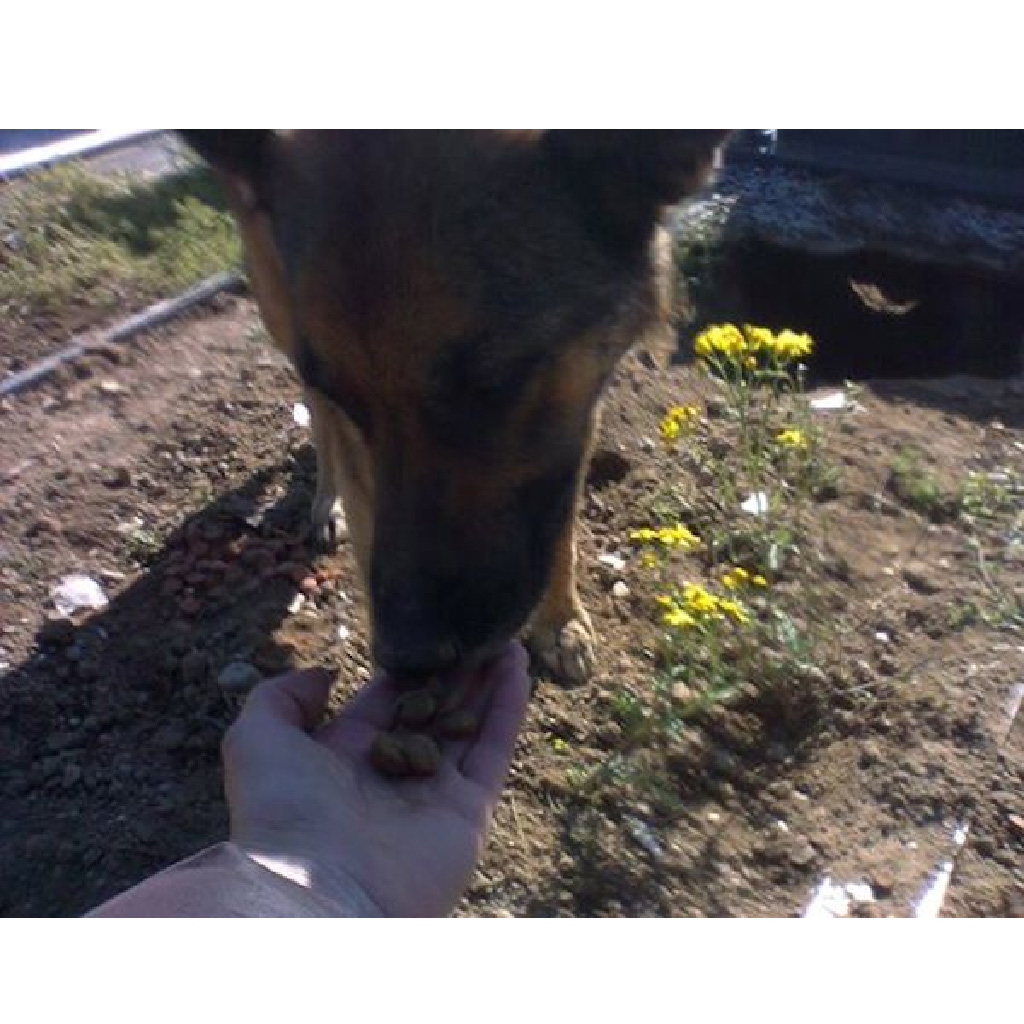 The mom was a very cute dog that wasn’t afraid of people and was happy to approach the rescuers who offered her some food. It was as though she could sense they were there to lend a helping hand.
Her story is still a heartbreaking one, but one that has a happy ending. 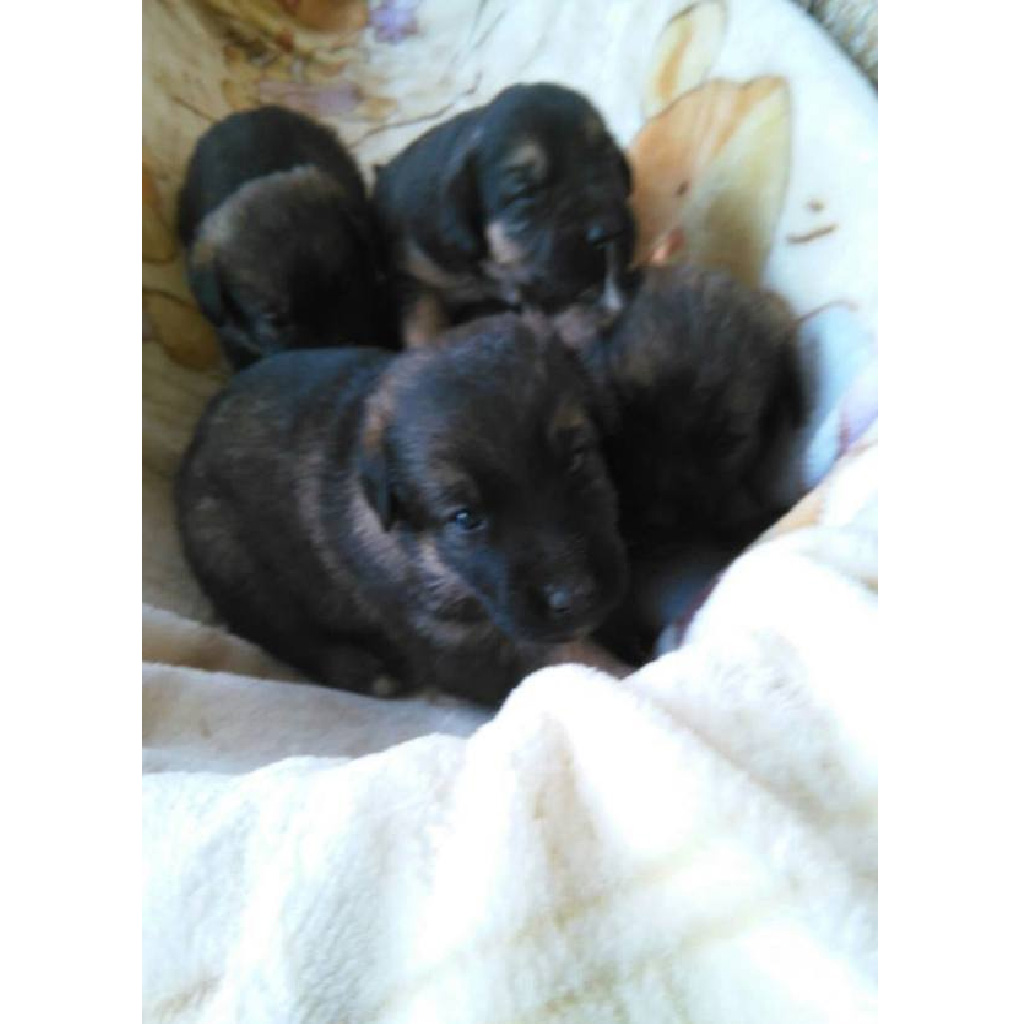