Sometimes, the best friendships end up being the most unexpected ones. In the eyes of animals, it’s definitely not uncommon to get along with other animal species. For example, even though dogs and cats are often portrayed as born enemies, they can get along just fine. But what about something more unique? Say, a cat and a hedgehog, for example? 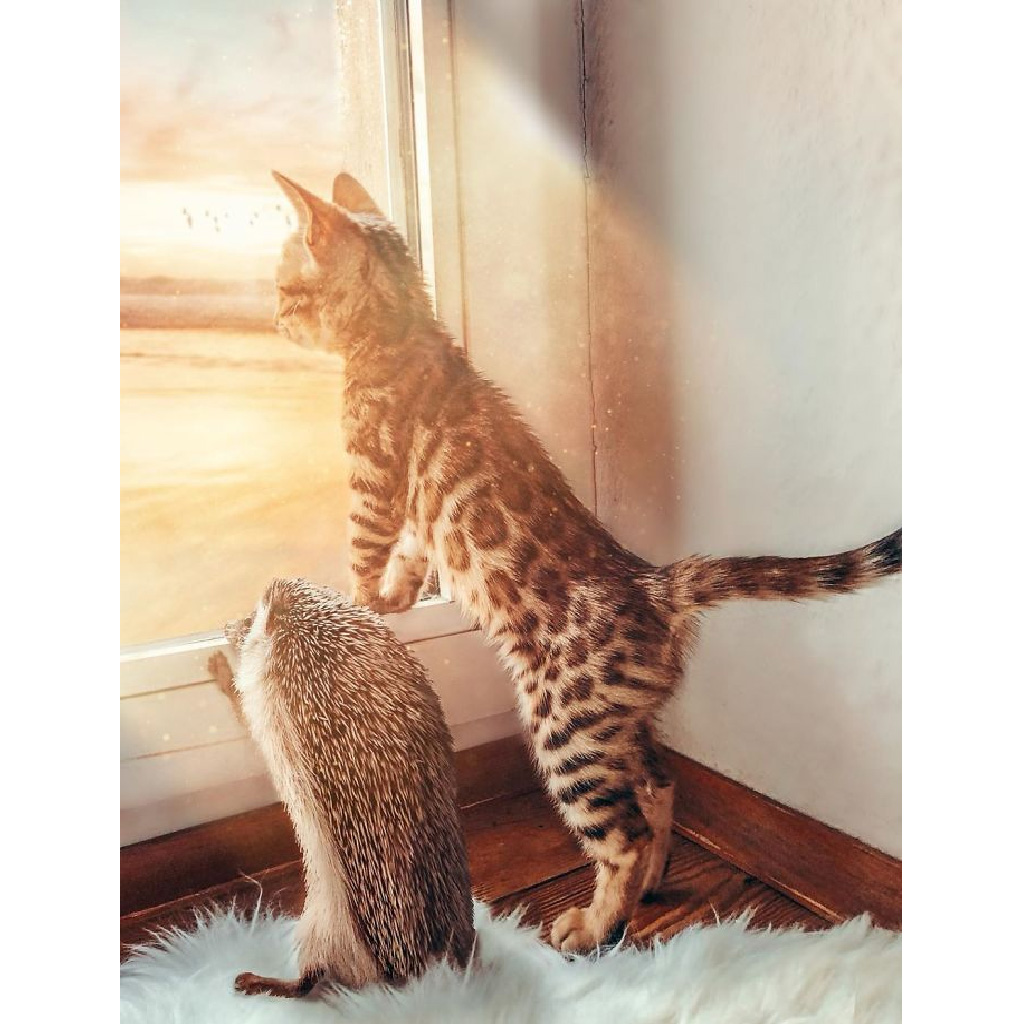 Back in 2015, Germany-based Talitha Girnus created an Instagram page for her hedgehog Mr. Pokee. The adorable hedgehog was just 8 weeks old at the time. Talitha updates the page by posting photos showing the happy hedgehog on his adventures. She believed that the smiling face of her cute pet was a fun way to cheer other people up. So she decided to take her spiny friend to some breathtaking places and share the charming photos on social media. 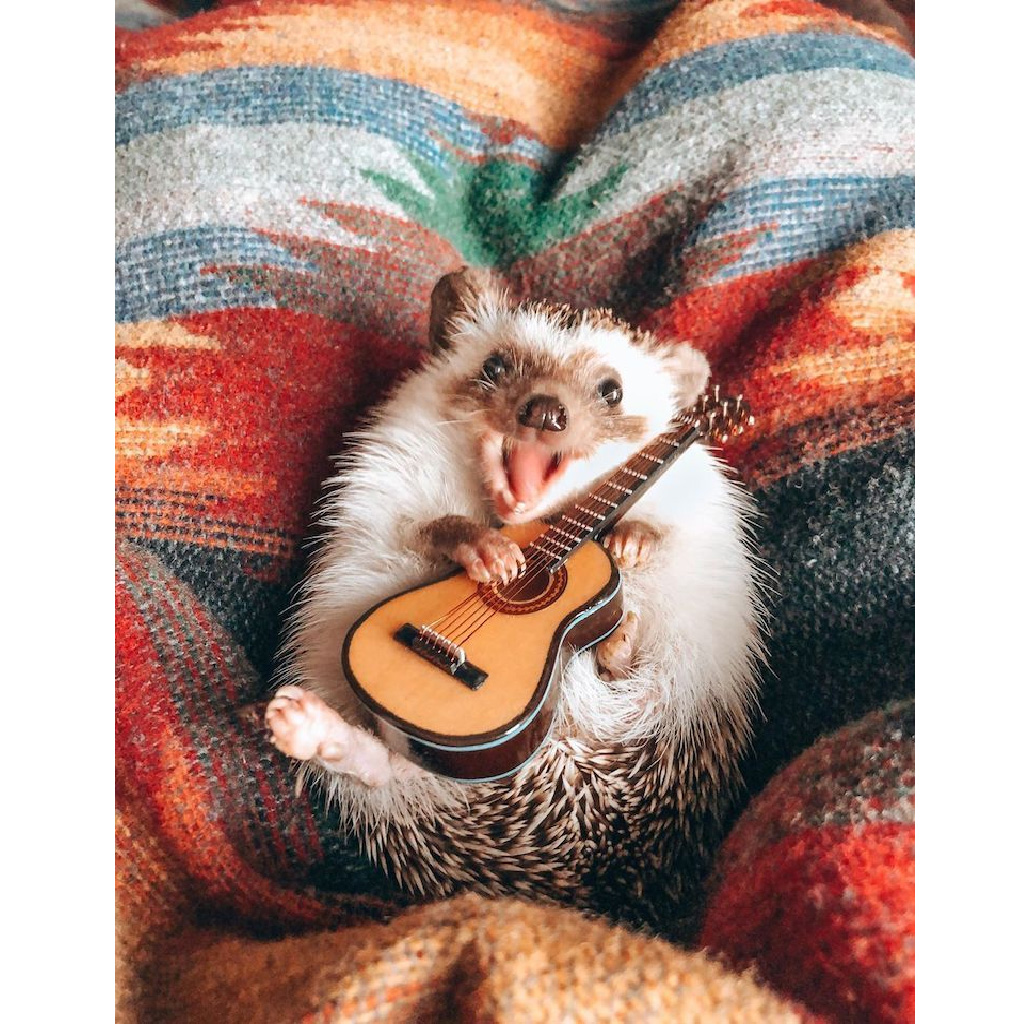 Indeed, the hedgehog has delighted all his followers with his cuteness and cheerfulness as he embarked on different journeys with his owner.
The owner of these two animals, Talitha Girnus from Germany, regularly posts pictures of both of them on social media and their own Instagram page. It’s mostly Herbee the hedgehog that manages to capture the most attention online. With over 1,8 million followers on Instagram alone, this furry family is among the most followed on the internet.

“One night I had a dream that I had a Bengal cat that I took on adventures and we became the best friends ever,” Talitha said. “When I woke up and realized it was only a dream, I became sad. But a few moments later I realized that this dream wasn’t something that couldn’t turn into reality. And so I started to Google. The first cat I found was Audree and I saw her and knew it.” 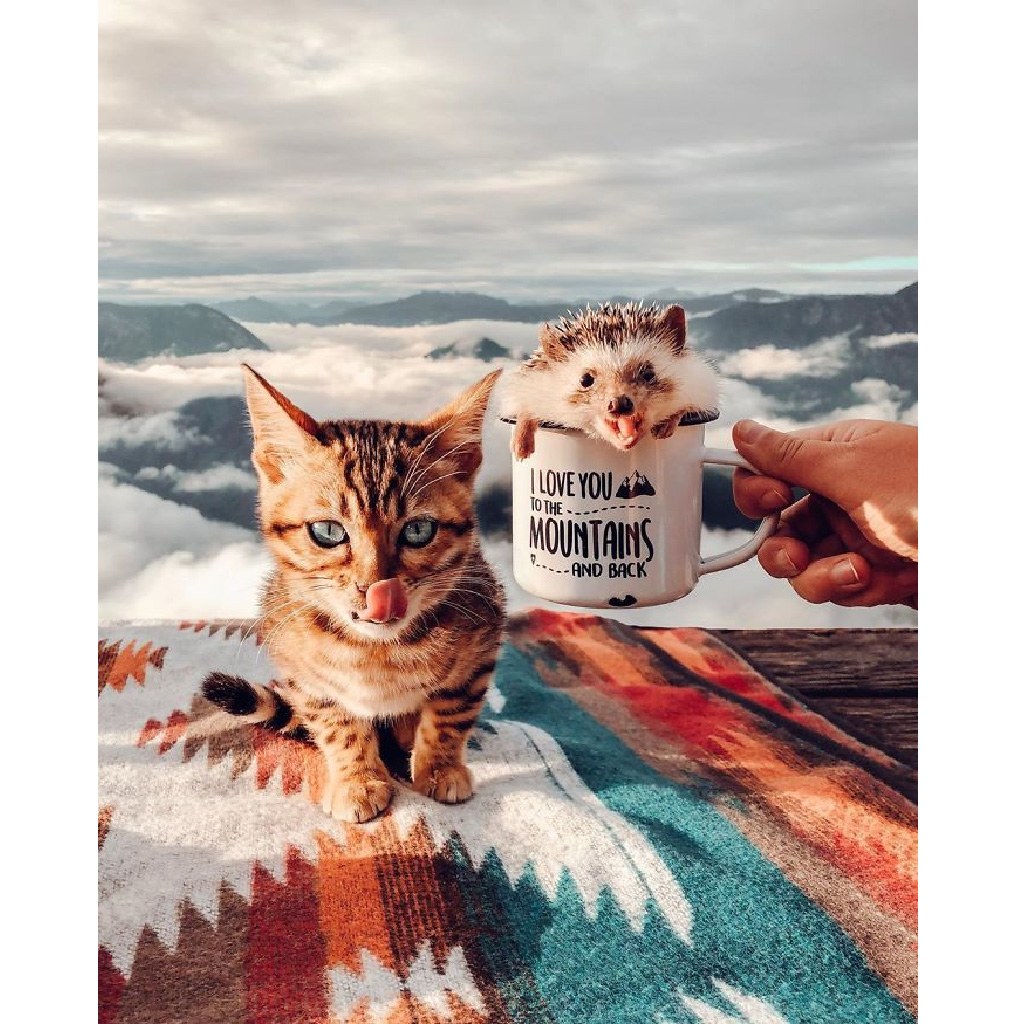 Talitha took Herbee with her when she went to meet Audree for the first time. Despite Herbee being a teeny-tiny hedgehog and Audree being a cat, the two have become inseparable. But Herbee and Audree instantly became friends. Surprisingly, Herbee wasn’t scared of the cat and didn’t even put up his quills when they first met. 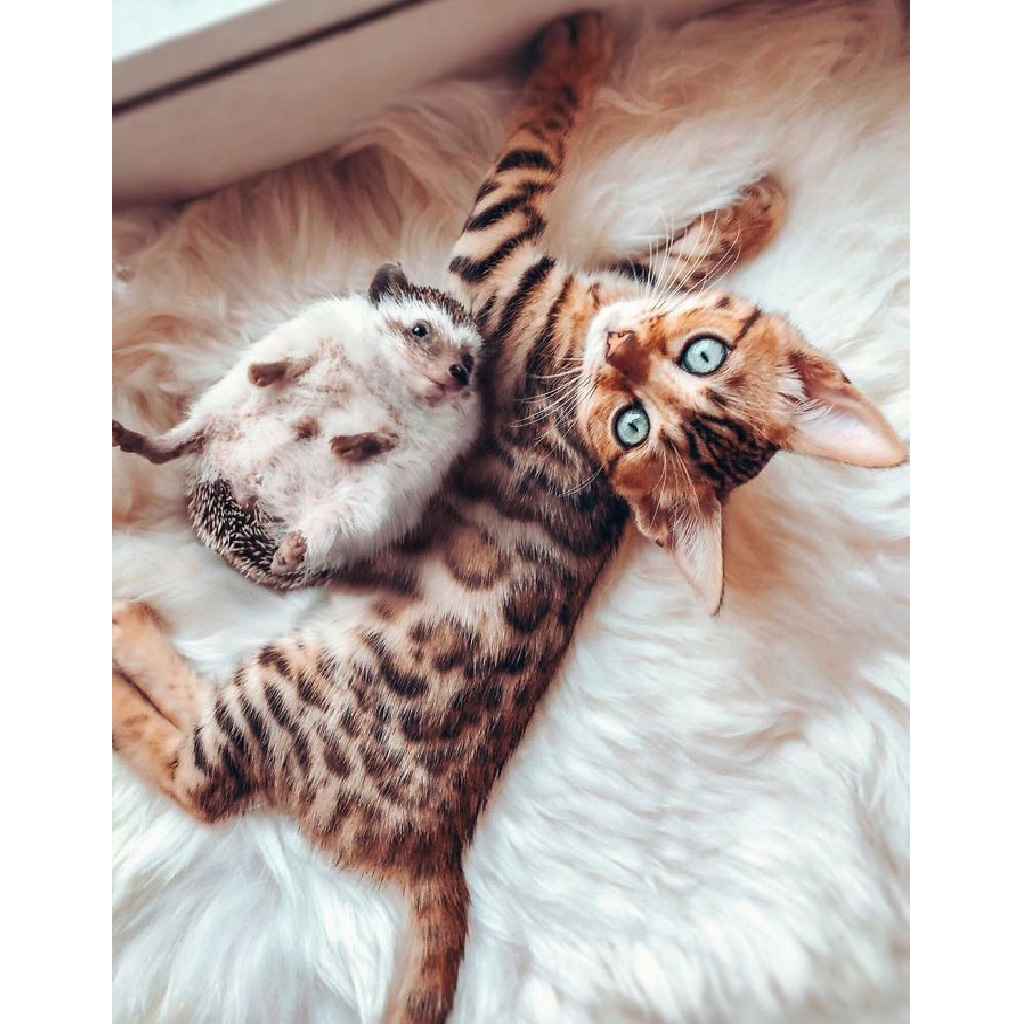 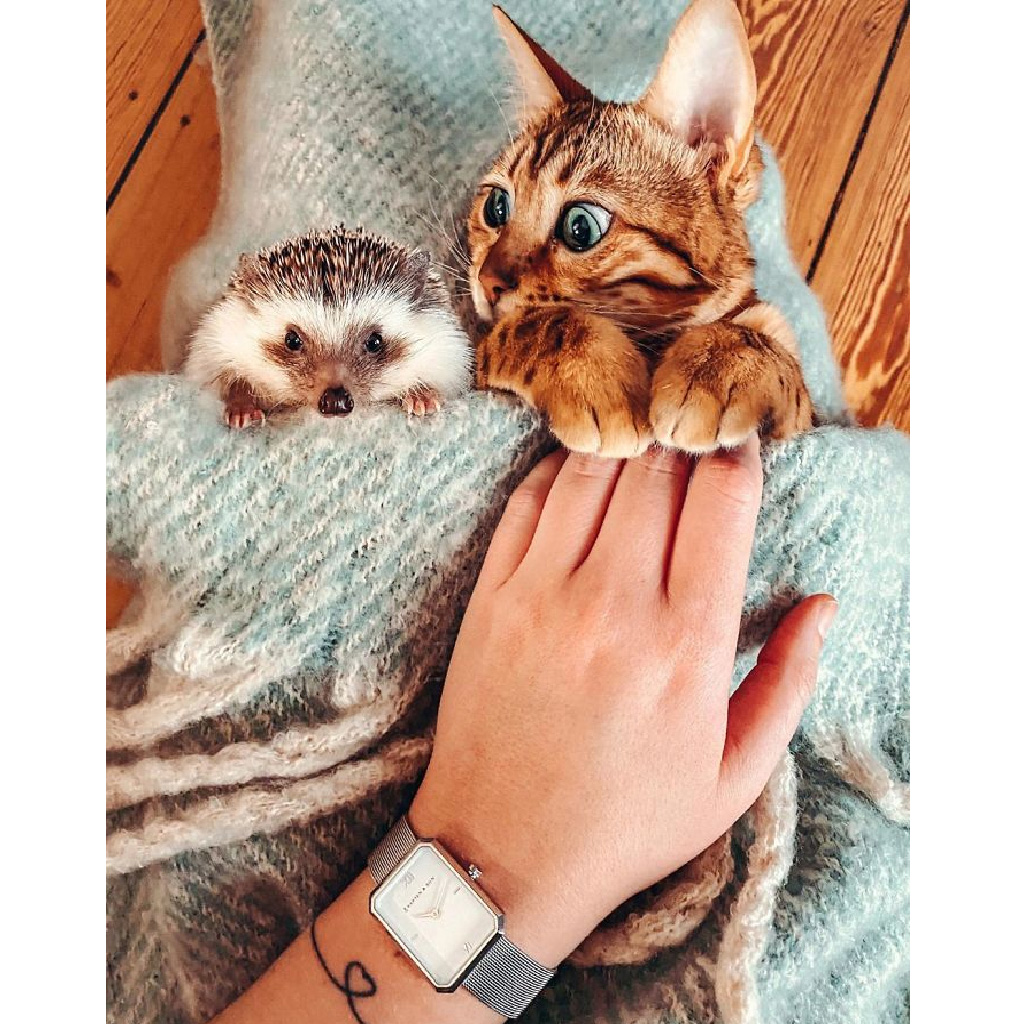 She regularly takes two on road trips and adventures together, and the fact that they’re two wildly different animals never hindered their friendship in any way. The pictures that she manages to snap are truly amazing, not only does she manage to find and pick the most amazing backgrounds, but these two furry friends definitely are quite photogenic as well. 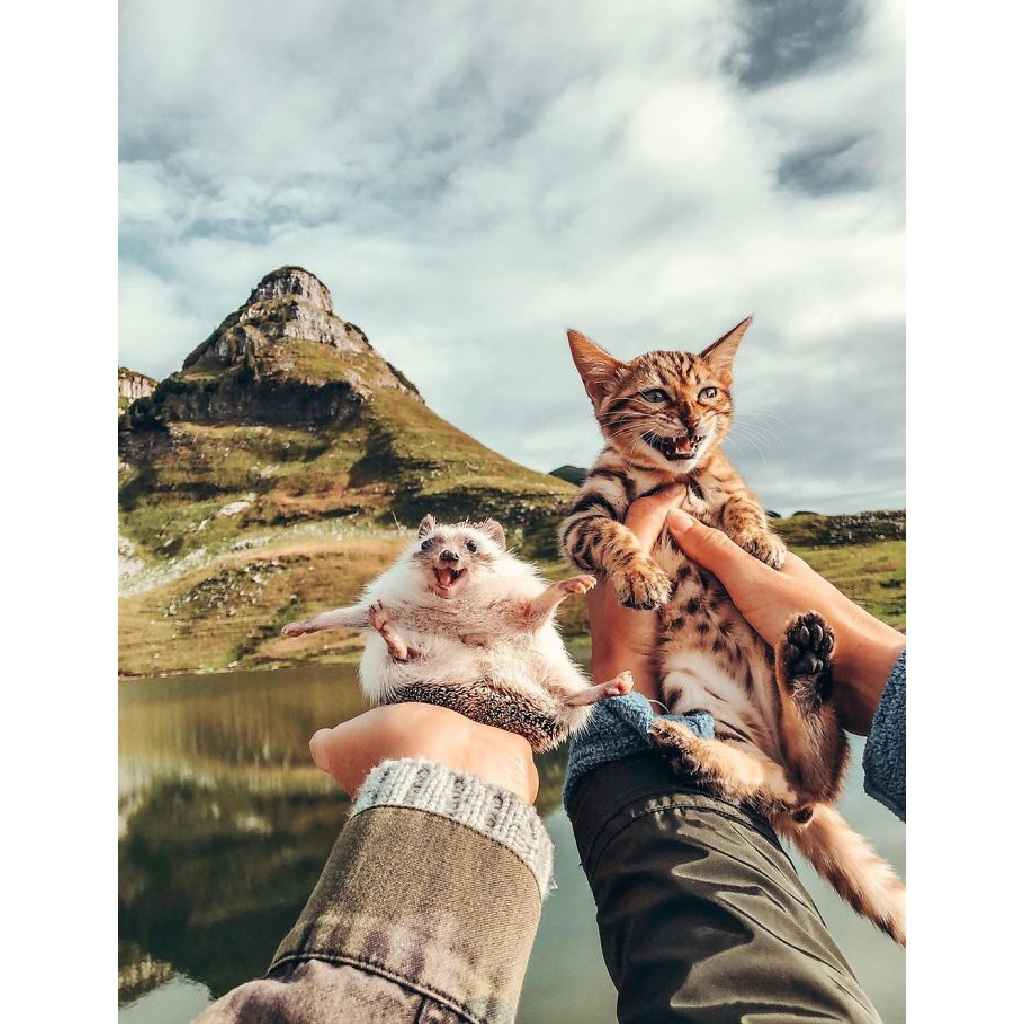 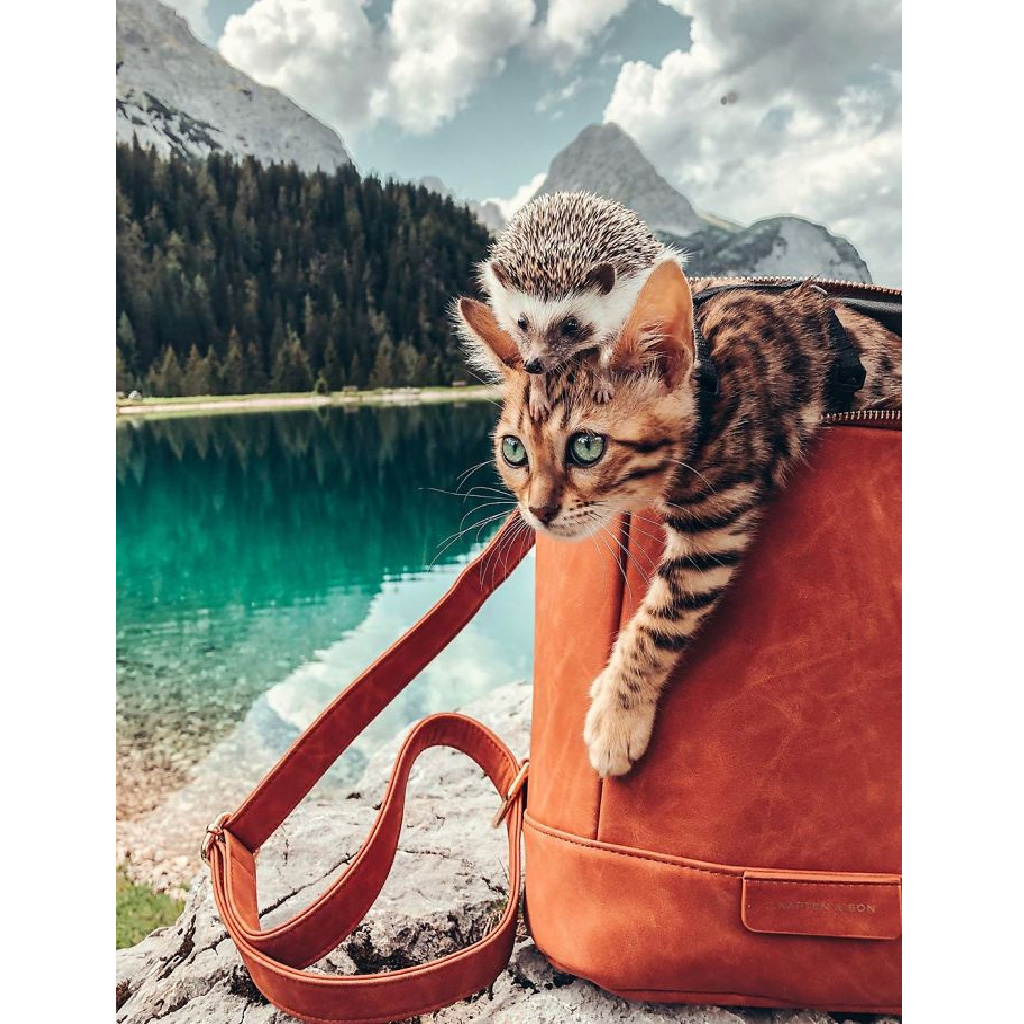 “Now they’re inseparable! Wherever Herbee goes, Audree goes. She lays down on spots where he was, they sometimes even snuggle and play together.” 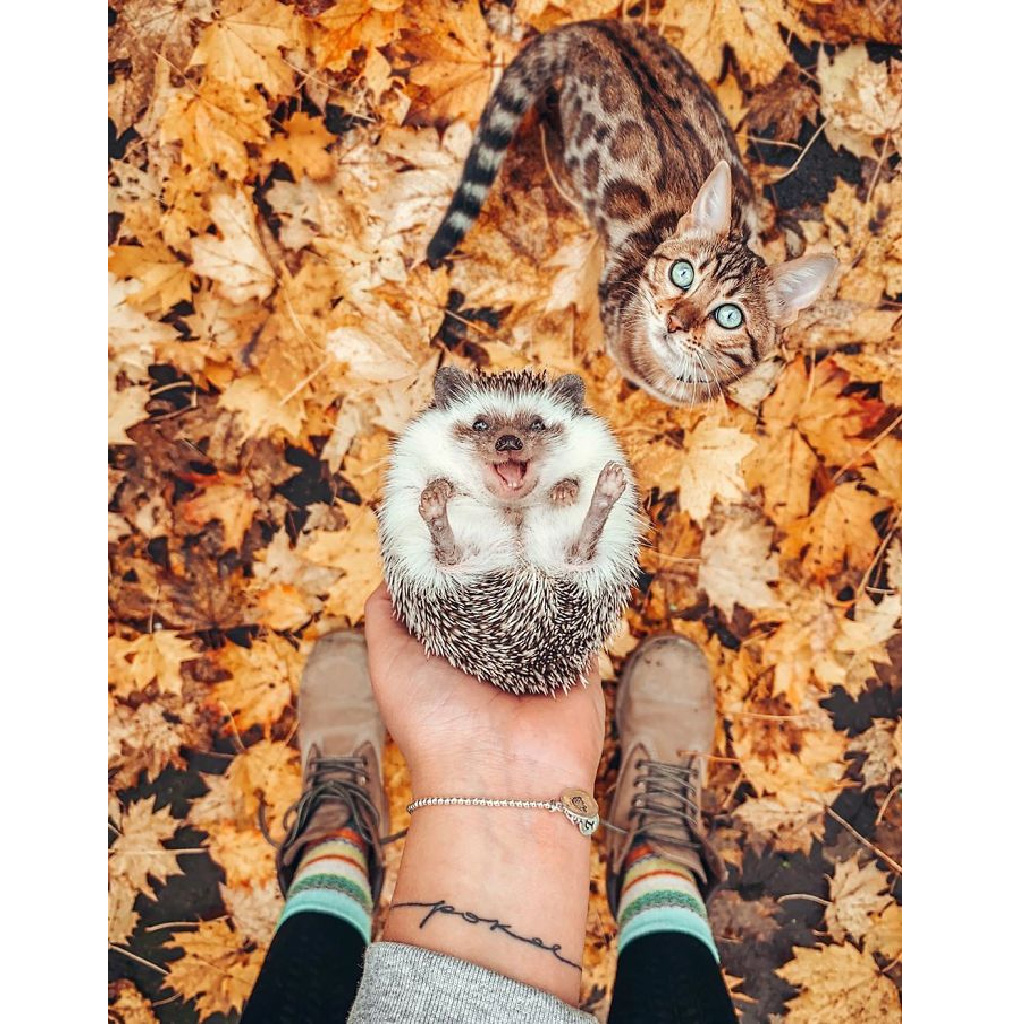 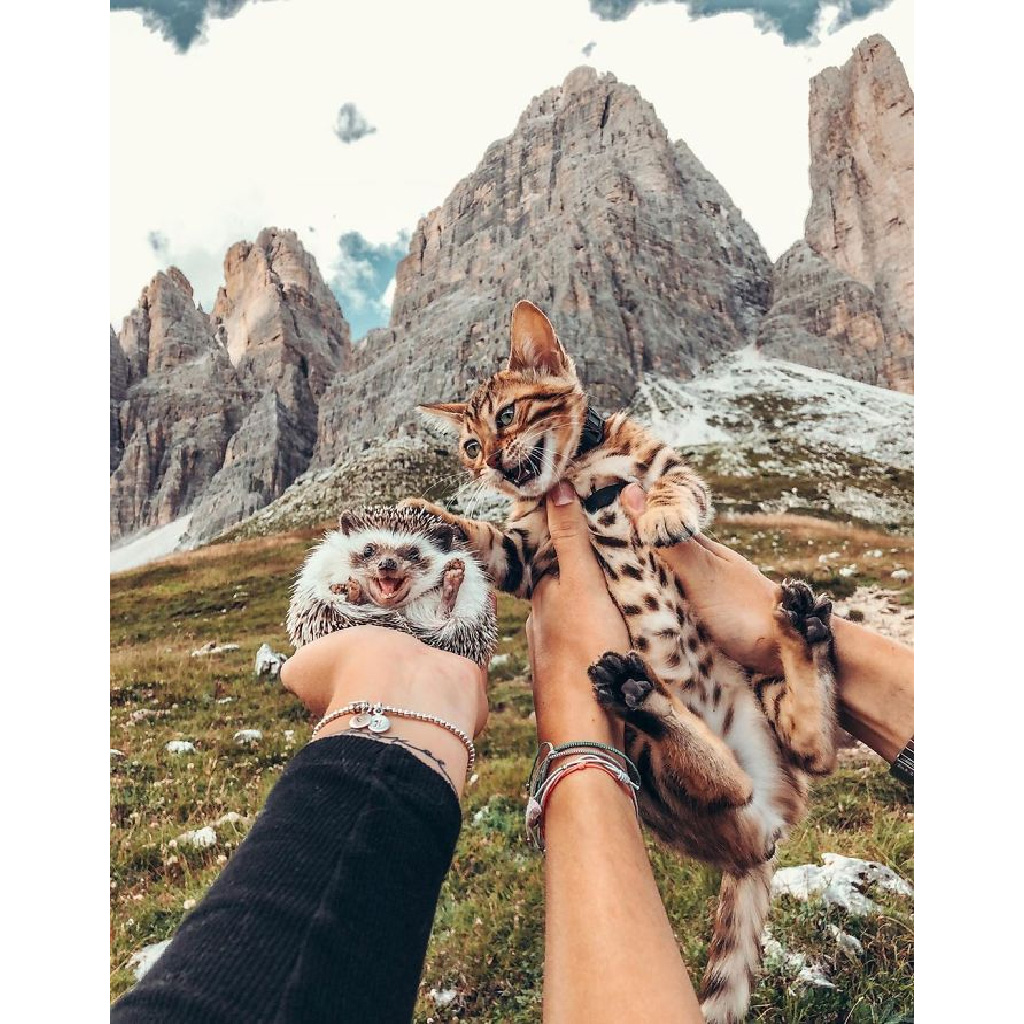 Mr. Pokee may be gone and we’re sure his fans greatly miss him. But the friendship of Herbee and Audree and their exciting adventures should carry on the legacy. You know what they say, two are better than one. And much better if it’s an unlikely match. Follow Herbee and Audree as they explore stunning places together. Take a look at some of their cutest photos so far. And don’t forget to follow them on Instagram to see the latest updates.