Finding a home for a single stray dog is pretty challenging, but doing it for a 2-year-old pregnant pit bull seems impossible! And this transformation from a frightened and protective rescue dog to a glowing, loving, and thankful mom, will revive your faith in miracles. 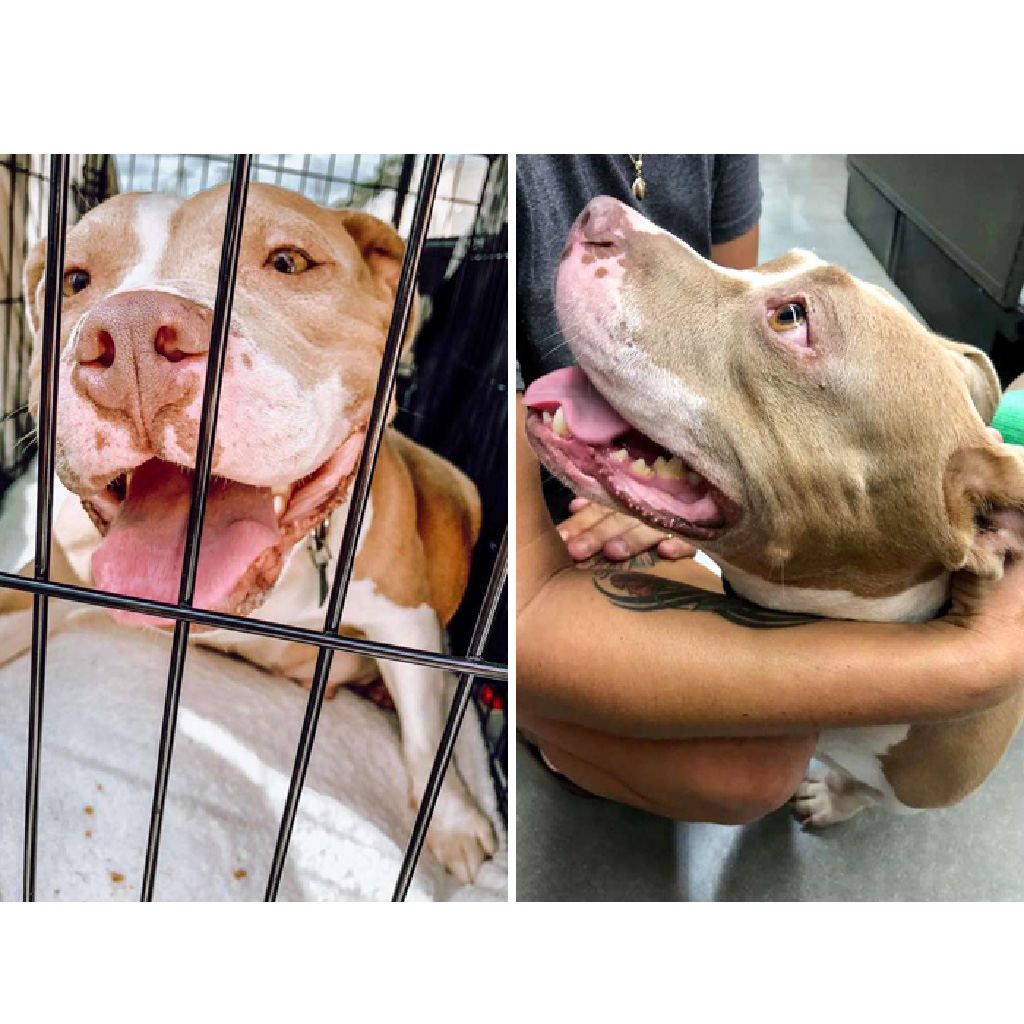 Mama Pickles — a 2-year-old pit bull with caramel and white coat, golden-brown eyes, and a very full belly — was abandoned by her previous owners and wound up at Pits & Giggles Rescue in Charlotte, North Carolina. 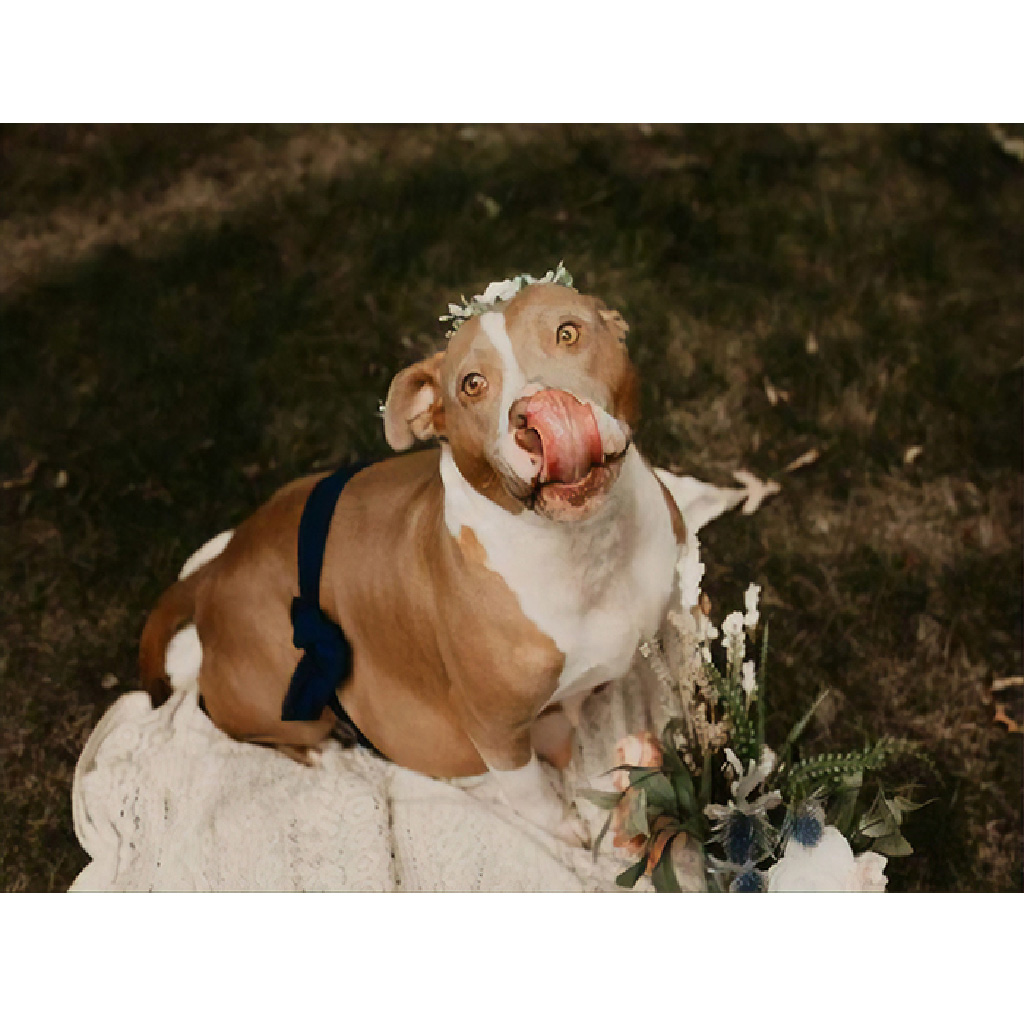 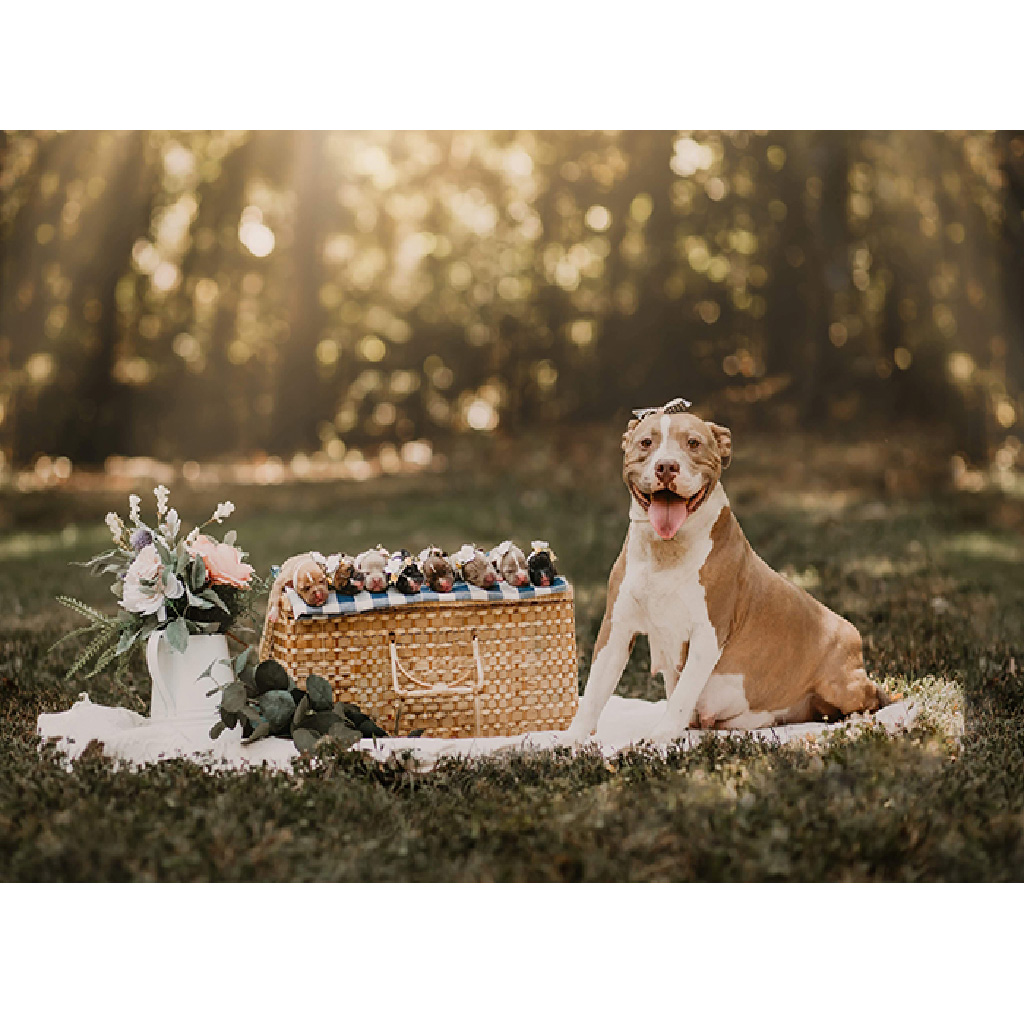 While Mama Pickles’ belly was so huge that it made it hard for her to move around. The poor pit bull was so pregnant that she needed more help than the shelter could offer her.
Lauren Casteen Sykes, a volunteer with Pits & Giggles Rescue as well as a pet photographer – decided to give Mama Pickles a maternity photoshoot, told:

“Pits & Giggles Rescue has a mission like no other. They specialize in Maternity rescue and care. They save pregnant and nursing mama dogs from the shelter and provide them with the care they need to bring their babies safely into the world. Prior to adoption, Mama and all puppies are fixed and are placed in the best homes according to their personality and needs! Taking beautiful photos of these mamas and their babies gives them the exposure they need to get adopted!” 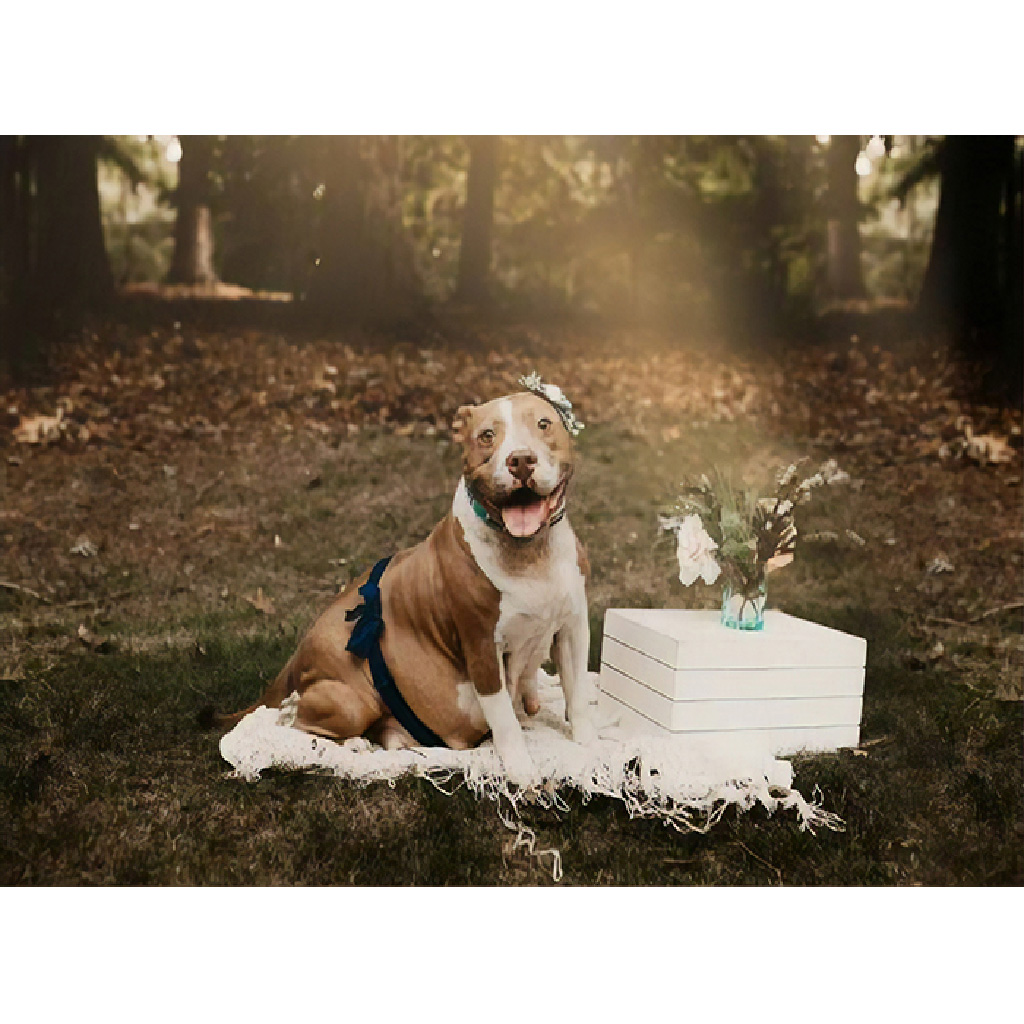 “She’s quite the model. Her legs are certainly too short for the runway, but she was really loving all the attention and affection,” Lauren said. “The most challenging part was getting Pickles to stop licking us! She wanted pets, pats, and belly rubs. She was just loving this new thing called “love”. She was so excited she could hardly sit still! Seeing Pickles sticking her tongue out, wagging her tail, and just being overall content was the most rewarding part. I could not thank the board and volunteers of Pits & Giggles enough that saving this sweet mama,” she added. 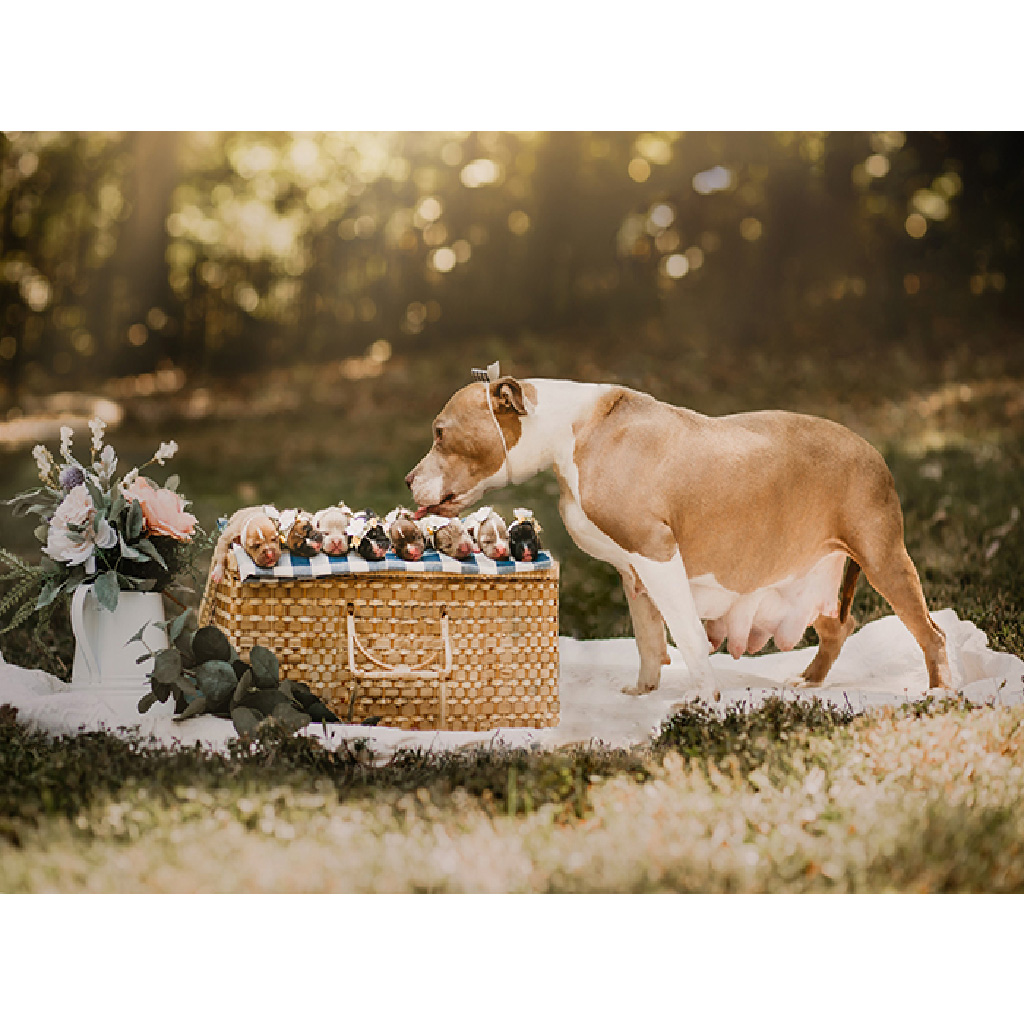 “This girly was clearly used repeatedly for breeding and we’re excited to make sure this is her very last litter,” Lauren told the media. In a few months, Mama Pickles along with her eight puppies will be ready to be put up for adoption in order to find them their forever homes. Up until then, they’ll be living at the rescue shelter. Lauren has been volunteering for Pits & Giggles for nearly two years now. “It hasn’t been only photo shoots, but fostering too, and we just adopted from them! Three years ago, my husband Brad and I adopted our first rescue dog. Her name was Remington Rose! We turned that sweet girl’s life around for the better and it really opened up our hearts to help other dogs too,” she said. 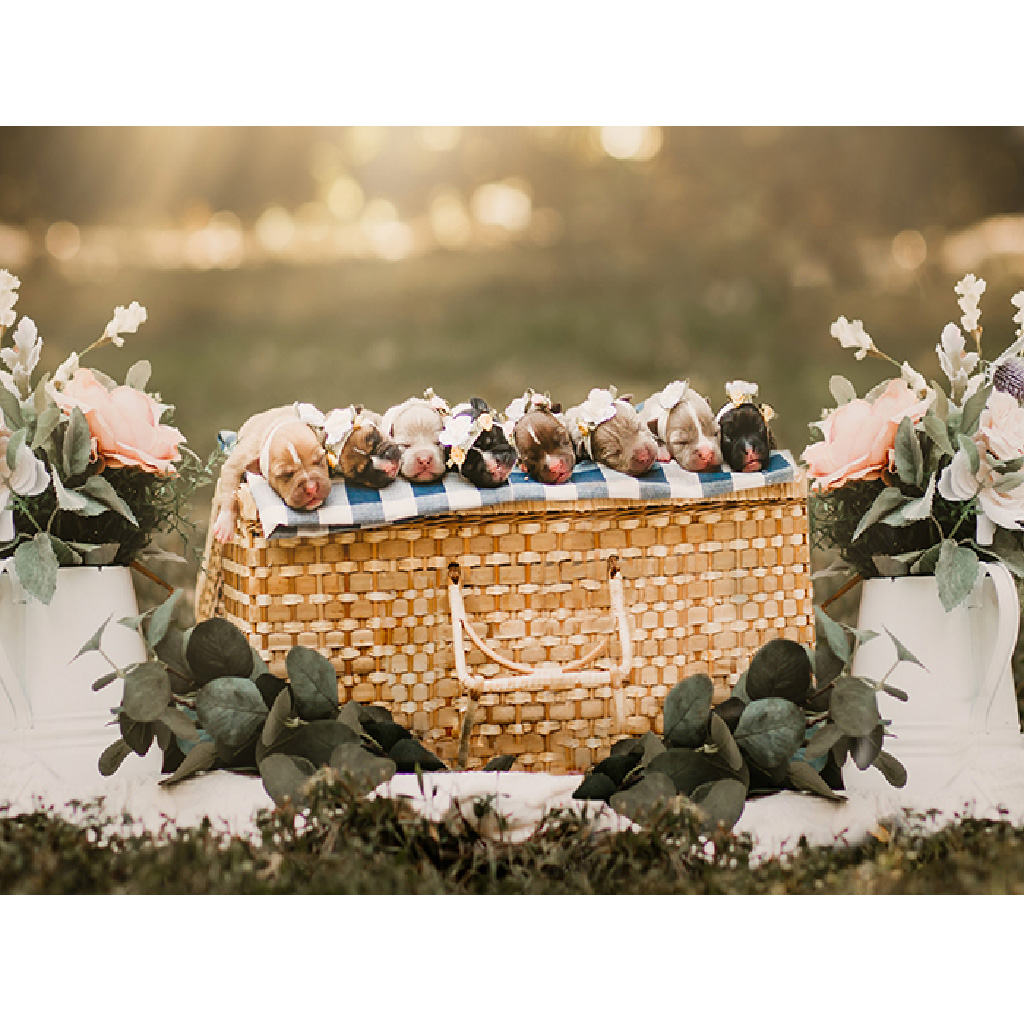