When United Kingdom-based cat shelter Bradford Cat Watch Rescue received a call from the police about two neglected kittens, they had no idea what they were in for. Still, they figured that they’d rescued countless cats over the years, so they likely wouldn’t be too surprised at whatever they were about to face. But when volunteers finally arrived at the shelter, they realized the situation was so much different from anything they’d ever experienced. 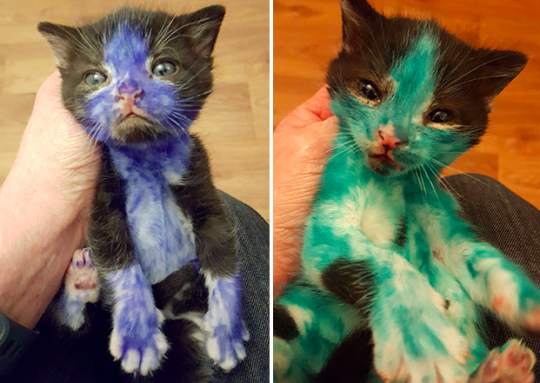 The two kittens, thought to be between four and five weeks old, were colored by blue and green ink on the white part of their fur. Is possible that the kittens were being used as part of a [ʙʟᴏᴏᴅ] sport involving dogs…

The two kittens were named Smurf and Shrek. They have been bathed several times since being inked by permanent marker pen and it was very difficult to remove the permanent color.

“We have dealt with most situations,” “But this is a first.” said a representative of The Bradford Cat Watch Rescue Center 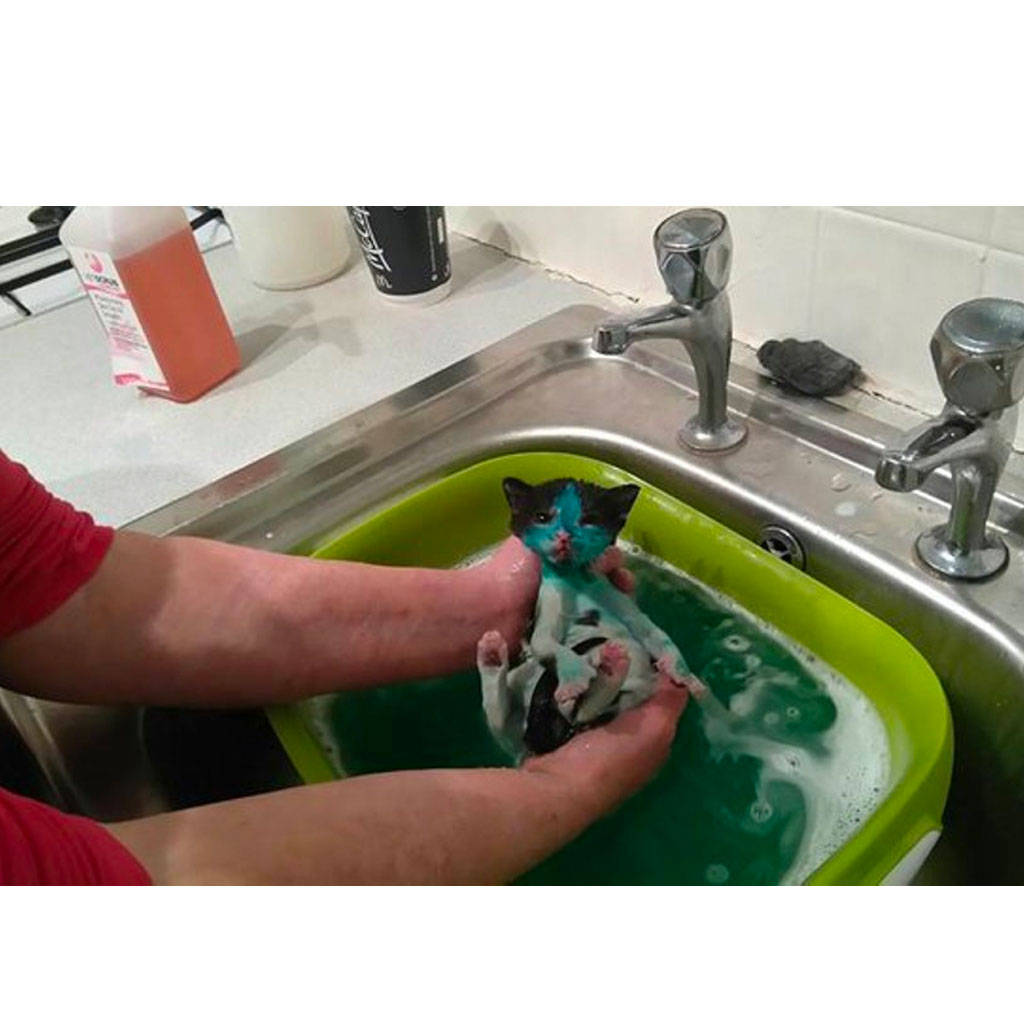 The shelter staff took in the poor cats and started treating them immediately—they knew they had almost no time to spare! When you see what had happened to these two poor kittens, you’ll understand why… ‘It’s not paint or spray, we reckon it’s been done with Sharpie pens. 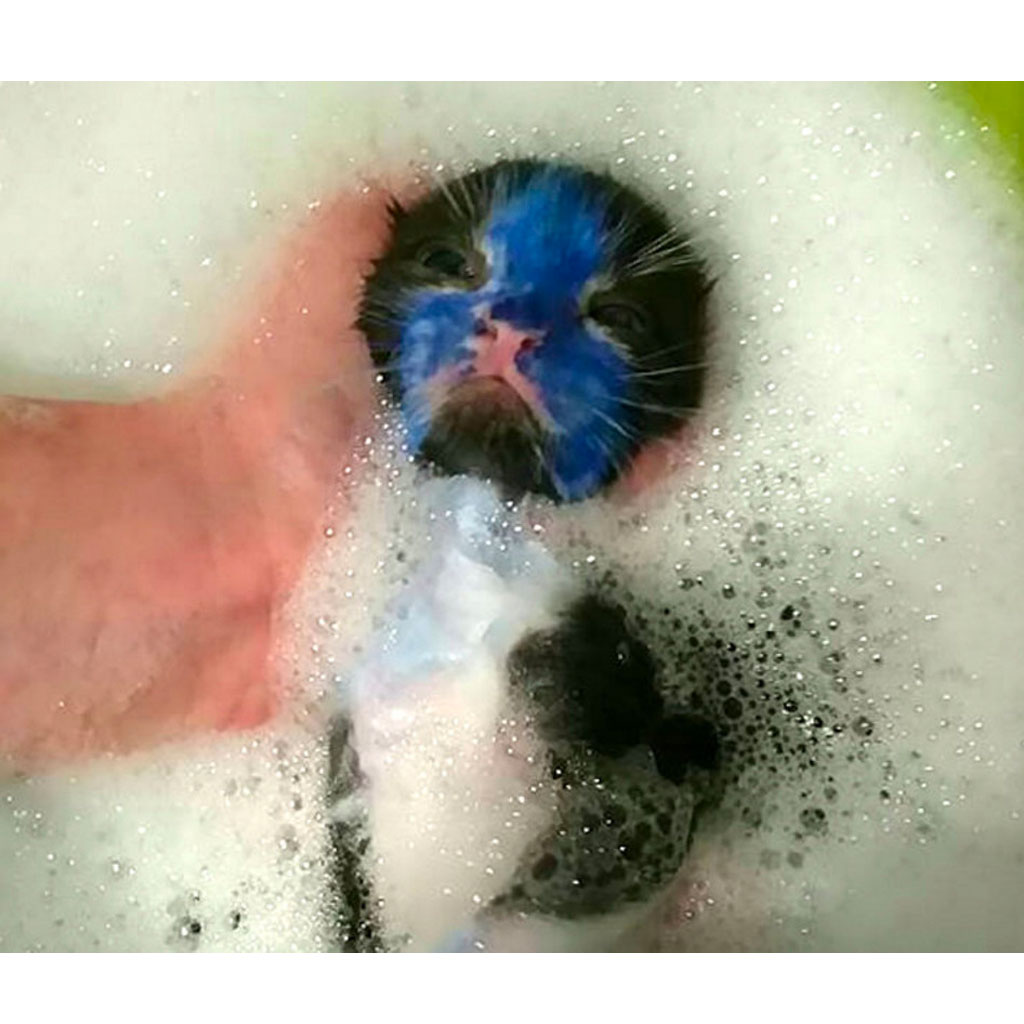 ‘Why would you sit and colour a cat in? Both Smurf and Shrek were meticulously coloured in. Smurf had a tiny white tip on the tail and even that’s been coloured in with blue.’ 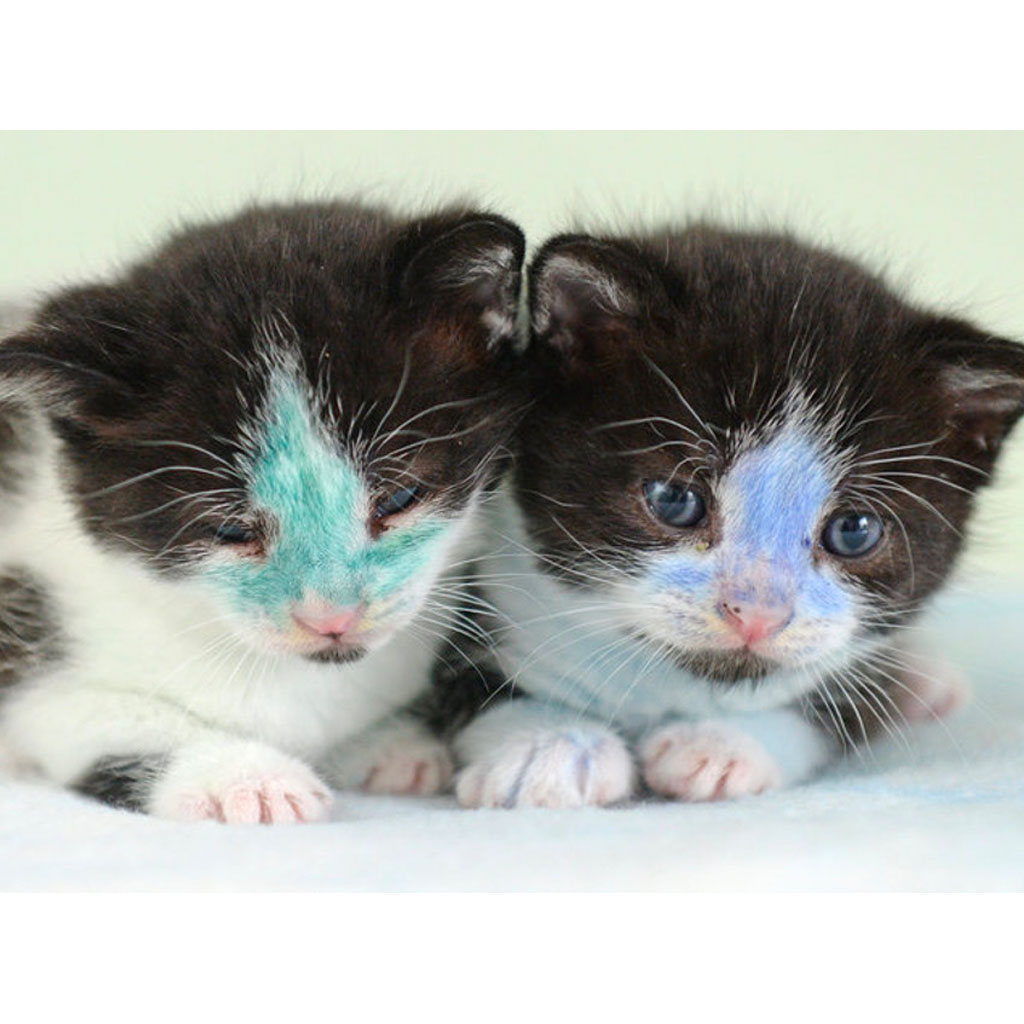 Smurf and Shrek have needed round-the-clock care including fluid injections, bottle feeding and regular washing and now face a trip to the vets to assess the long-term effects of the ̳[̳a̳b̳u̳s̳e̳]̳ ̳.

With a lot of love and care Smurf and Shreck were nursed back to health. They both turned into two beautiful cats and were lucky to be adopted together. Today they live the happy life that they deserve! 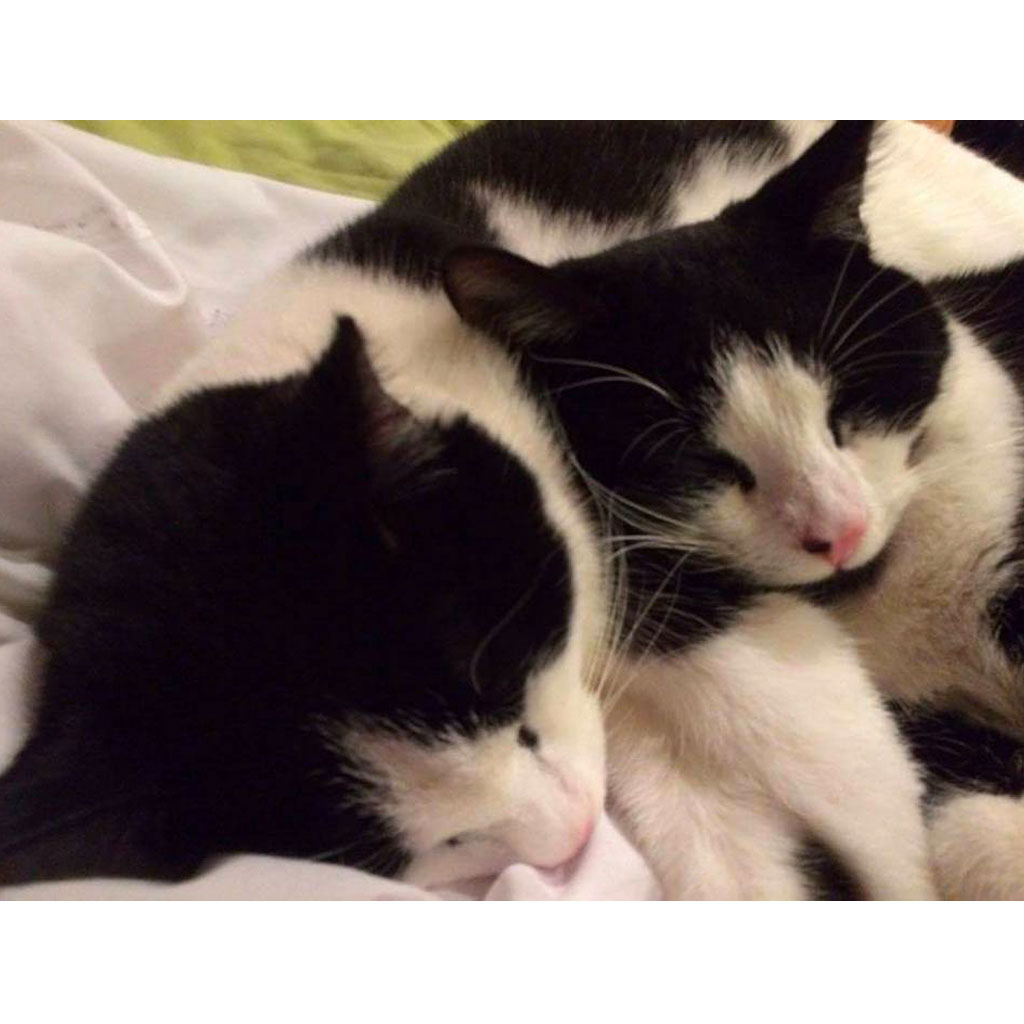