Actor Tom Hardy brought an honored guest to the red carpet at the premier of his new movie Legend. His dog, Woody, stole the spotlight as he rubbed shoulders with actors and celebrities, and even wiggled his way into one of Hardy’s interviews by jumping up for some attention. 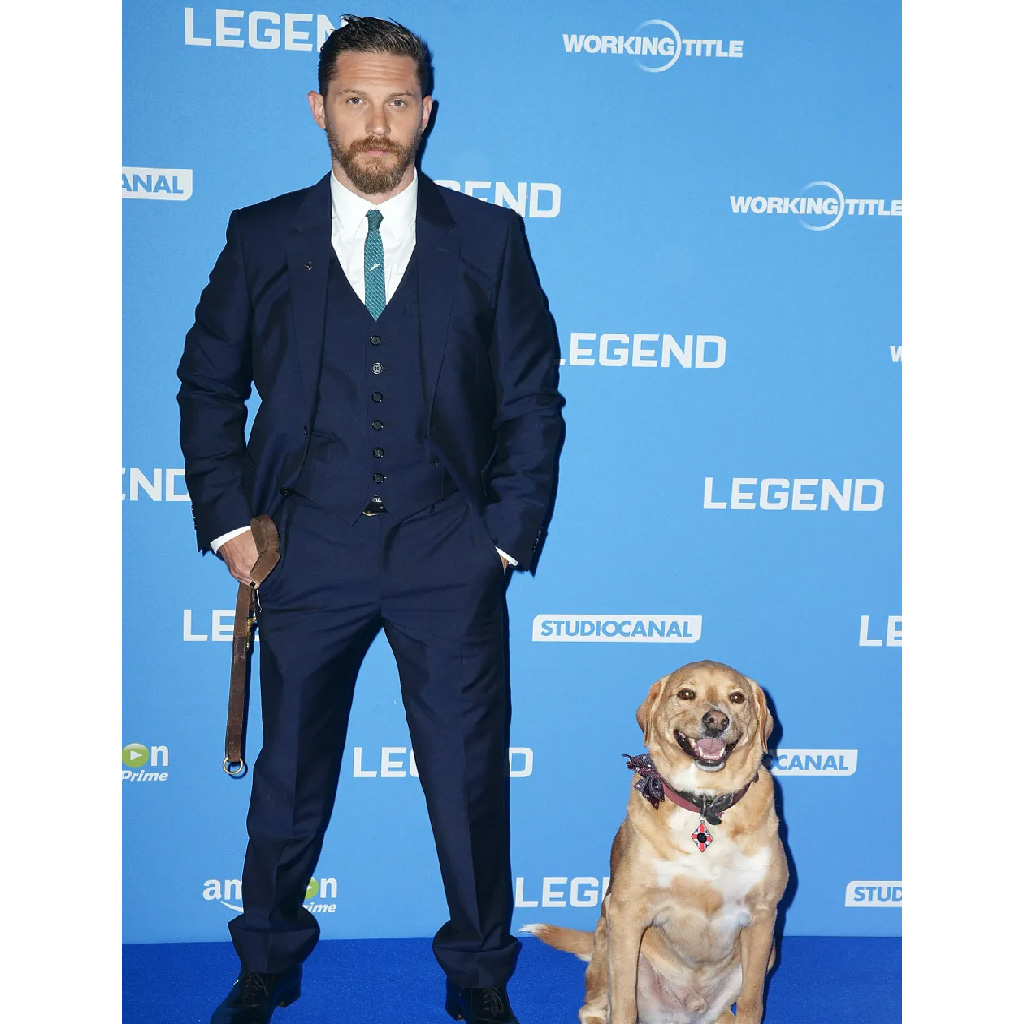 Tom knows that dogs are like children 🐶, he knows that buying pets is immoral because it promotes animal (ᴄʀᴜᴇʟᴛʏ) through forced (ʙʀᴇᴇᴅɪɴɢ) and (inʙʀᴇᴇᴅɪɴɢ).
He is often seen going to rescues to provide assistance, visiting rescued dogs and talking about (ʙʀᴇᴇᴅɪɴɢ) and abandonment issues in various media. 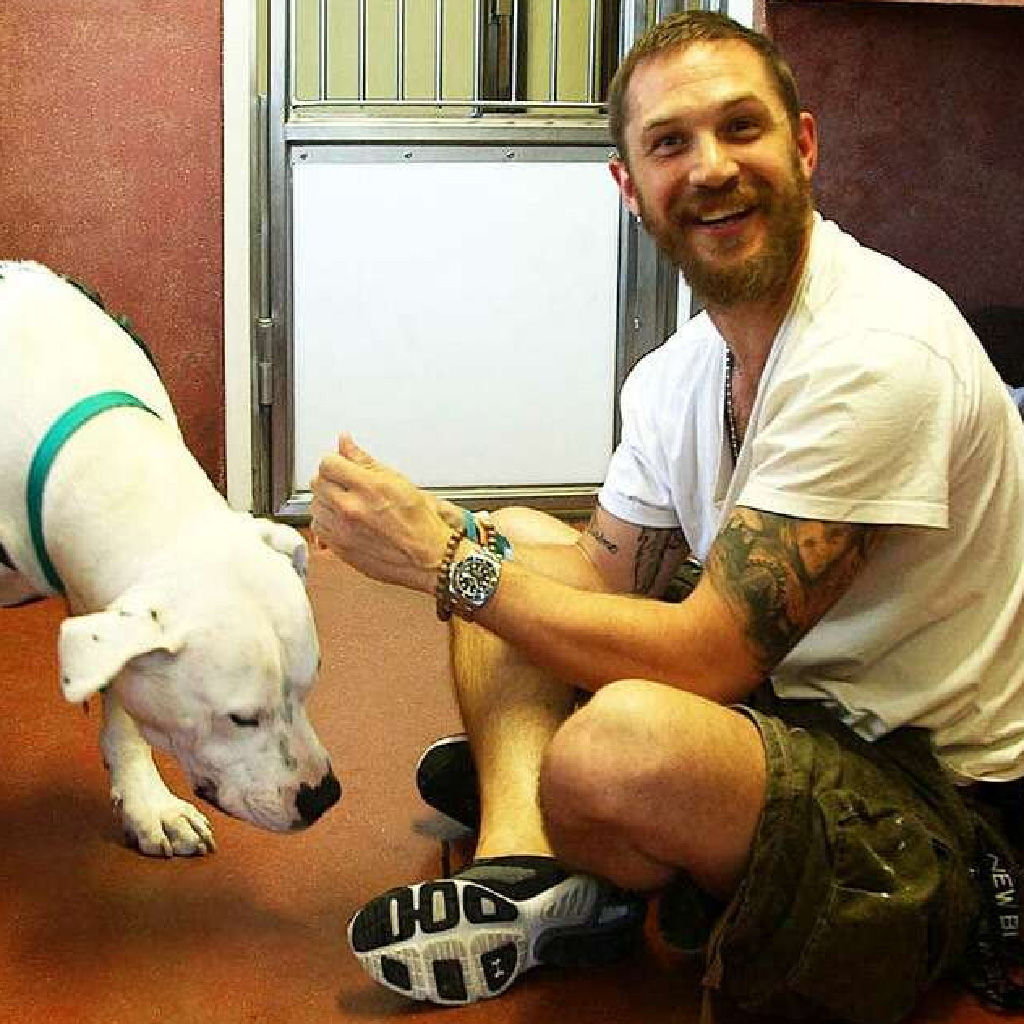 It is well-known how much Tom loves pets and he starred in a campaign poster for PETA alongside Woody after adopting the pooch,

Last September, he also took his pit bull co-star Zora from the movie The Drop on a number of red carpets while promoting the film. 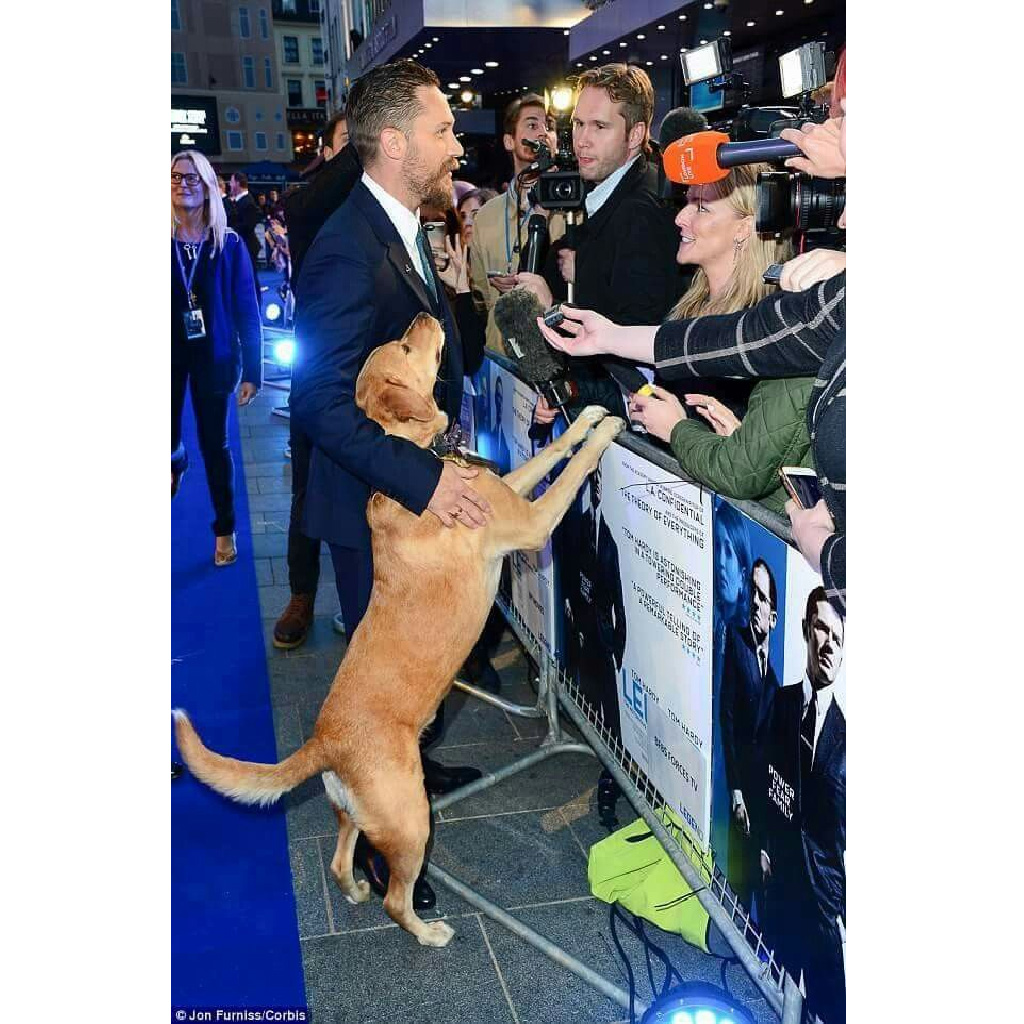 The pup was looking extra fashionable in his bow tie, but threw decorum to the wind when a wayward pigeon landed nearby. Woody wasn’t about to be upstaged by a bird and chased the feathered intruder off, nearly taking off its tail in the process. The pooch was happy to photo bomb some fan selfies with his actor owner, as well. 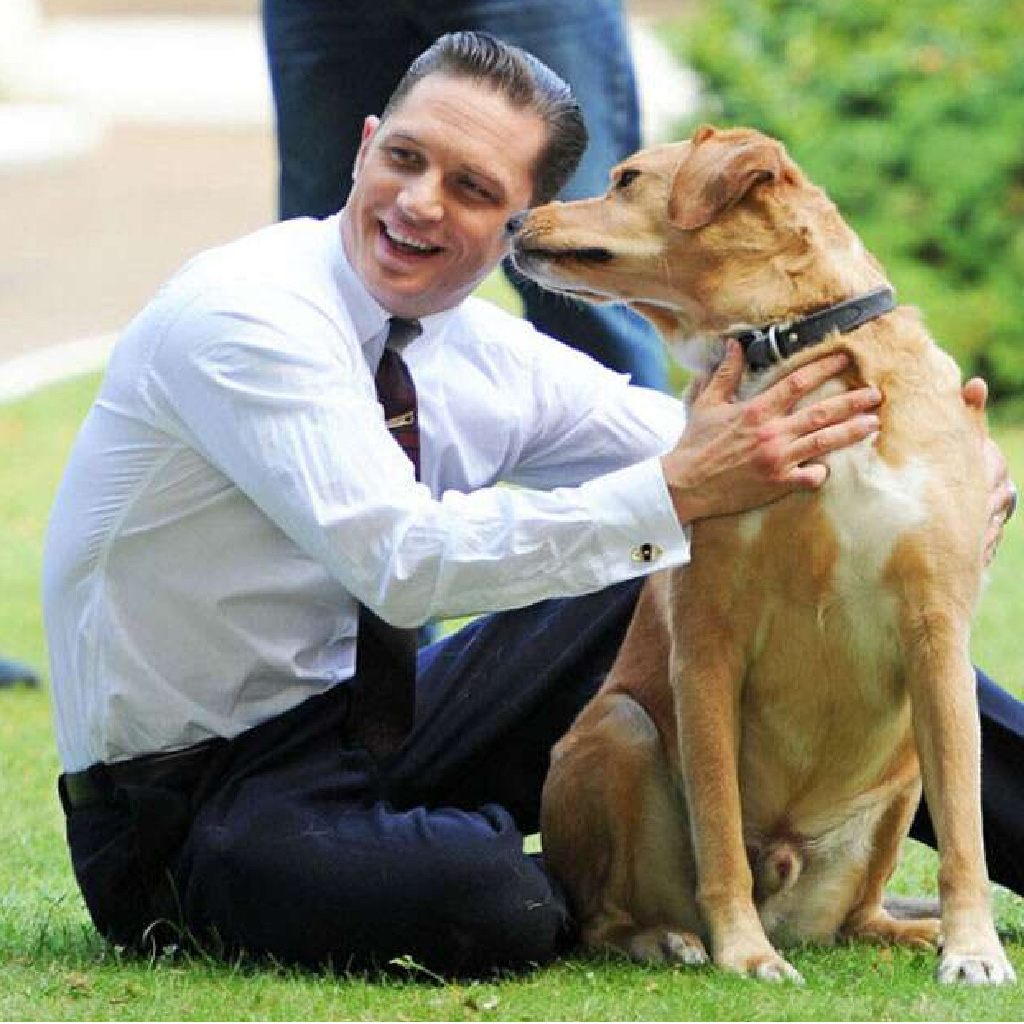 Eventually Woody calmed down and sat politely for some pictures with his family. He’ll have to share some of that attention as Hardy and his wife, Charlotte Riley, are expecting their first child. But he’s certainly prepared to defend the new baby from any pigeon attacks