Cats can become a special part of our lives, even when they don’t belong to us. Many communities are filled with stray cats, who have no owners but manage to survive thanks to the kindness of strangers who make it a habit of caring for them, providing food and shelter. 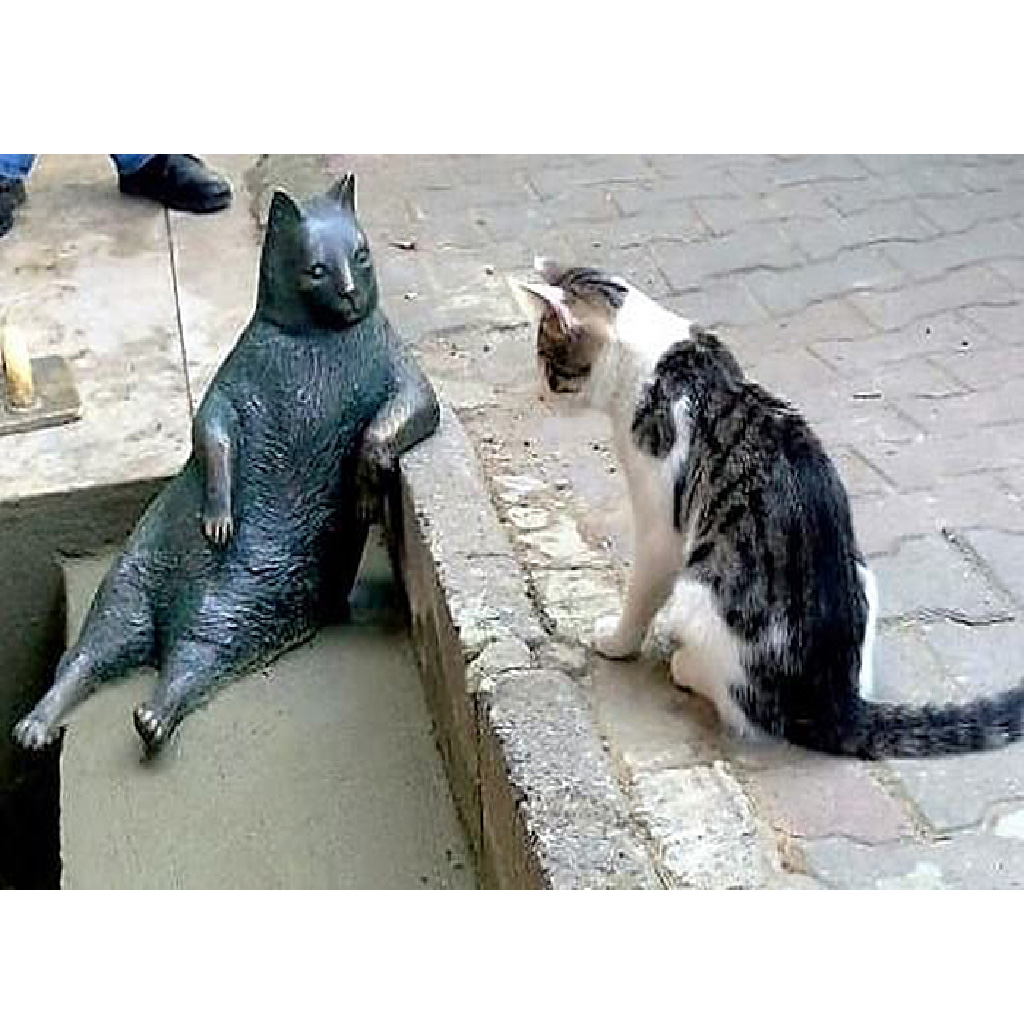 Remember Tombili, the famous cat celebrity in Istanbul? This chubby, fluffy street cat rose to fame in 2016 when a photo of her leaning against a sidewalk step like a boss was posted on the internet. In the viral photo, the Turkish kitty can be seen effortlessly laid-back as she peacefully stares at a busy street. With her hefty figure and habit of leaning on the sidewalk in a very relaxed pose, Tombili was a cat who seemed to have it all figured out. The cat’s human-like pose was so amusing that the photo quickly turned the kitty into an internet phenomenon. Not long after, the trending ‘chill cat’ became a worldwide meme and became the ideal epitome of being ‘cool’. 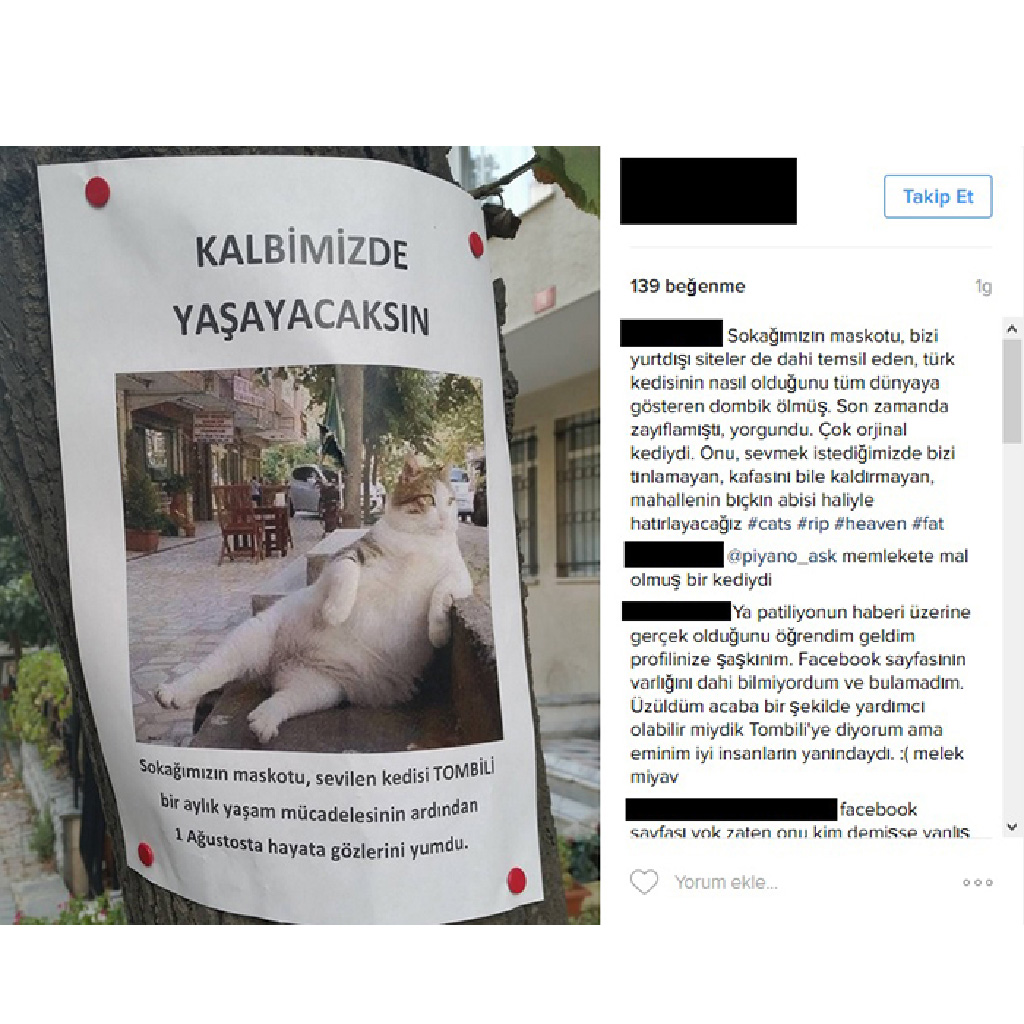 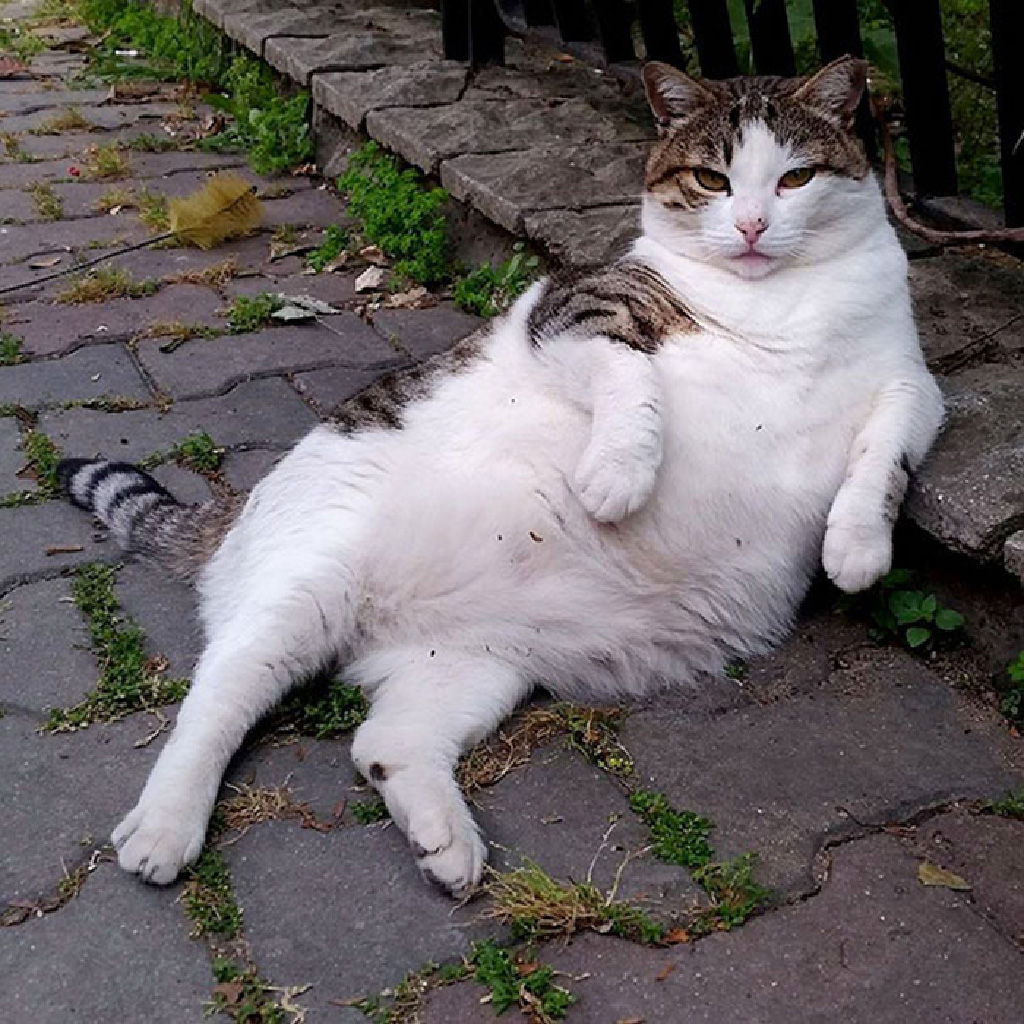 Sadly, Tombili fell ill right after she became so famous. And on the 1st of August 2016, the adorable cat (ᴘᴀssᴇᴅ ᴀᴡᴀʏ). The Ziverbey neighborhood and all her fans from around the globe were saddened by the news of her sudden (ᴅᴇᴀᴛʜ). Residents and visitors alike flocked to her favorite spot to offer candles and flowers. 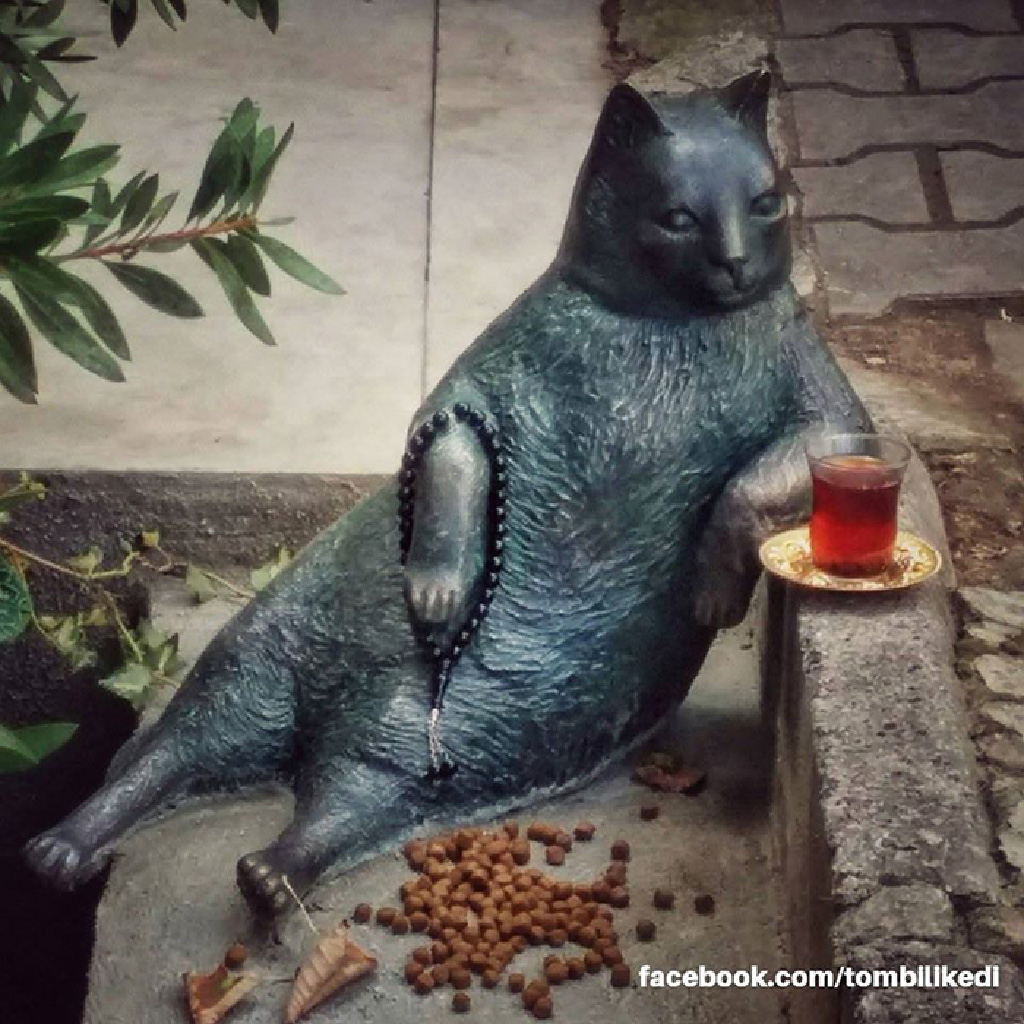 Many people even posted paper notes next to the spot to express their deep sorrow. This note, in particular, was translated: “You will live in our hearts. Mascot of our street, beloved Tombili lost his struggle for life after a month and closed his eyes to life on the first of August.” 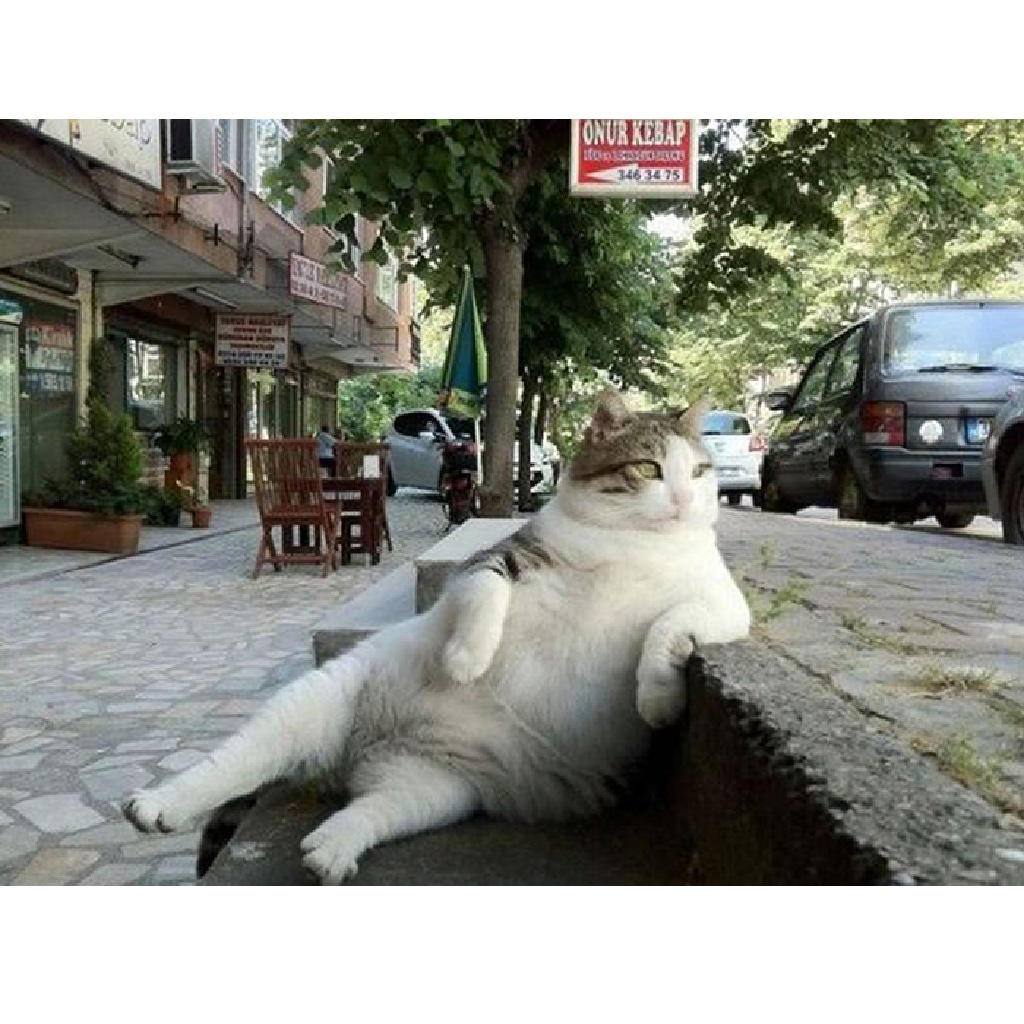 Of all the stray cats roaming the Turkish city, one managed to stand out with her carefree attitude… and the city ensured that she would be remembered for years to come. A local sculptor made the sculpture recreating the cat’s famous pose. After its inauguration on October 4, 2016, hundreds of people visited the memorial sculpture to pay their respects. Even street cats would stop by the statue and pay their respects as well. 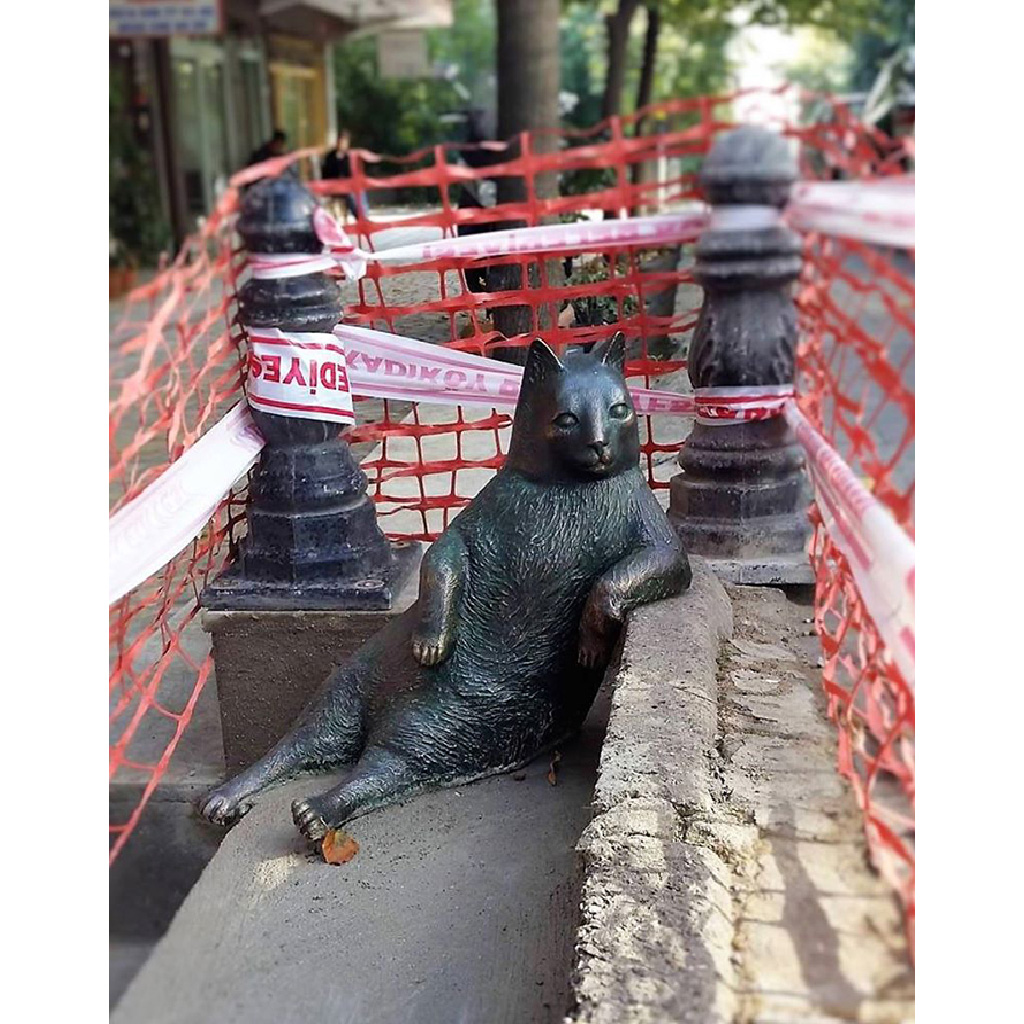 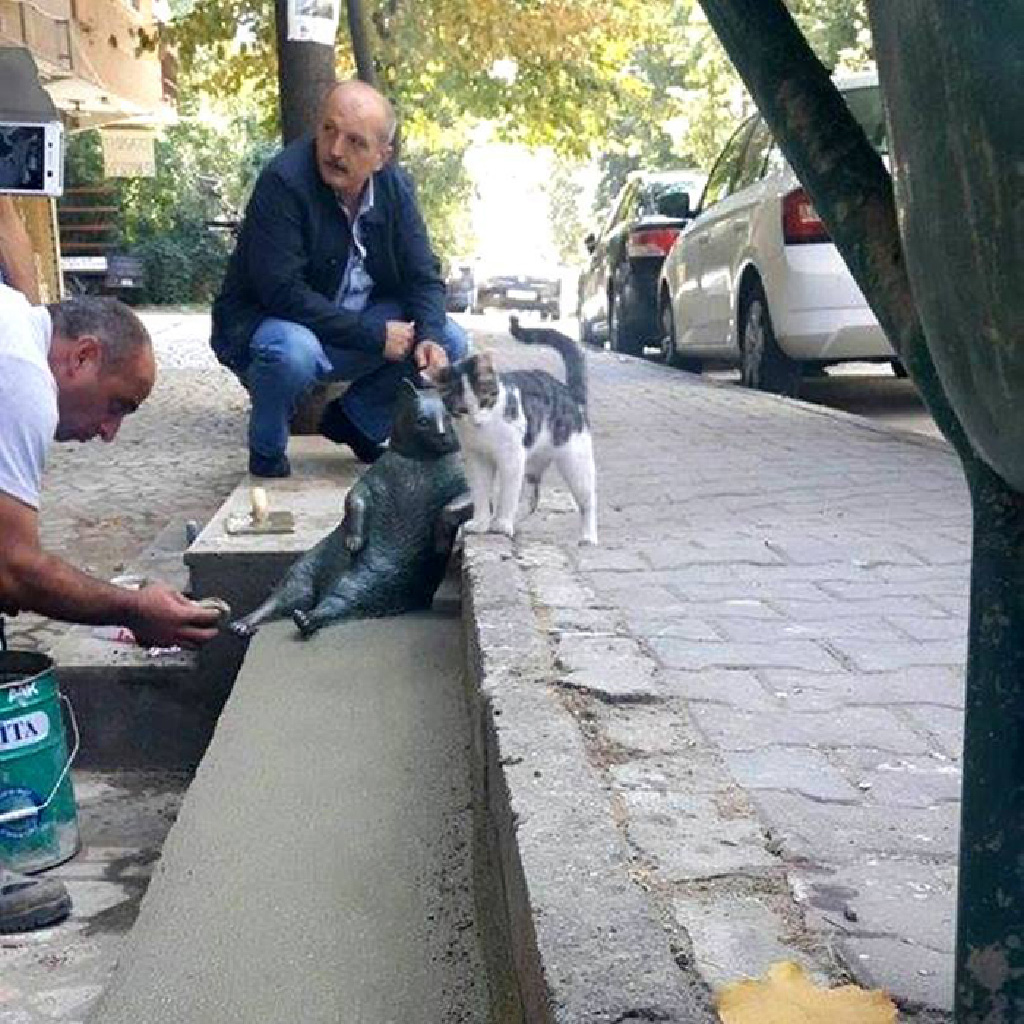