In an extremely moving scene, a wild elephant seems to recognize the man that saved his life over a decade ago.

A wild elephant has recognized the vet who treated him 12 years ago in a heartwarming moment caught on camera. The 31-year-old bull named Plai Thang reached out his trunk to touch Doctor Pattarapol Maneeon’s hand (pictured) during an unexpected reunion this month. 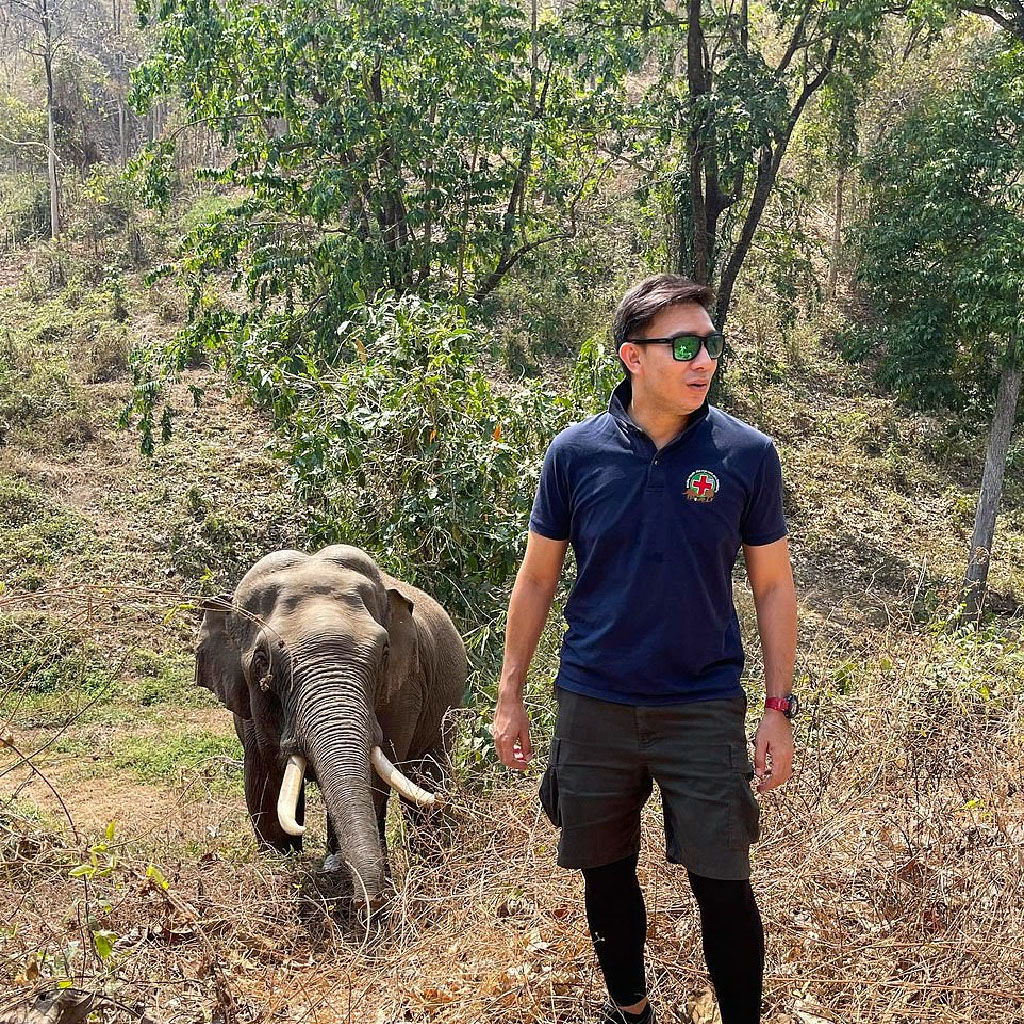 Back in 2009, the now 31-year-old elephant named Plai Thang was extremely ill. When a team of volunteers found him, in the wilderness of Rayong in eastern Thailand, his chances of survival were extremely slim. Suffering from multiple sicknesses or stiff legs, the poor creature was struggling to eat or drink water, let alone stand on his feet. 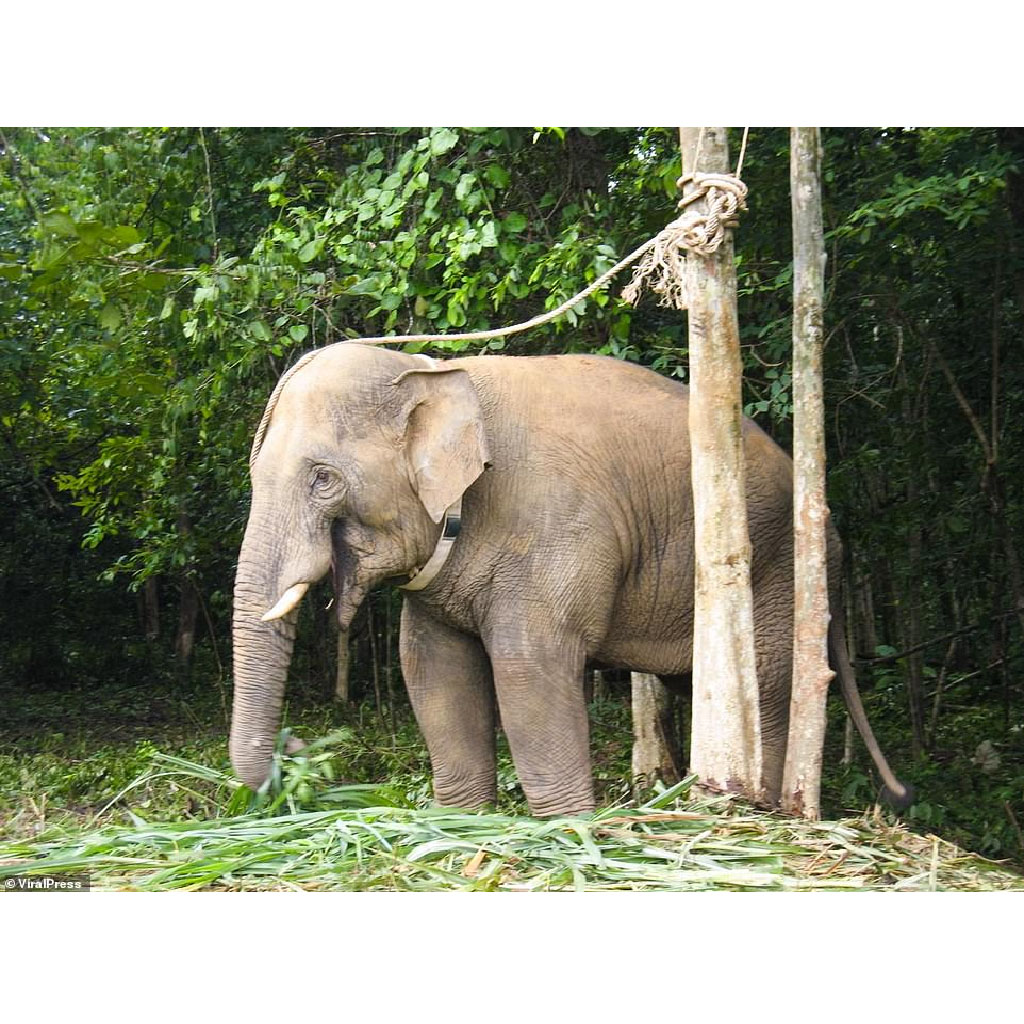 The elephant was immediately taken to the Forest Industry Organisation, where Dr. Maneeon treated him and looked after him. He was released several months later after recovering.

” Plai Thang was very aggressive when we first met. His body was weak and he could not fight other elephants. It took a long time for him to heal, but we learned that he was very smart and took care of himself. ” Doctor Pattarapol said.

He was, then released back in the wild, in the same area where the rescue team initially found him. e beckoned to Plai Thang who reached his trunk out to greet Doctor Pattarapol, making contact with a human for what is believed to be the first time in more than a decade. 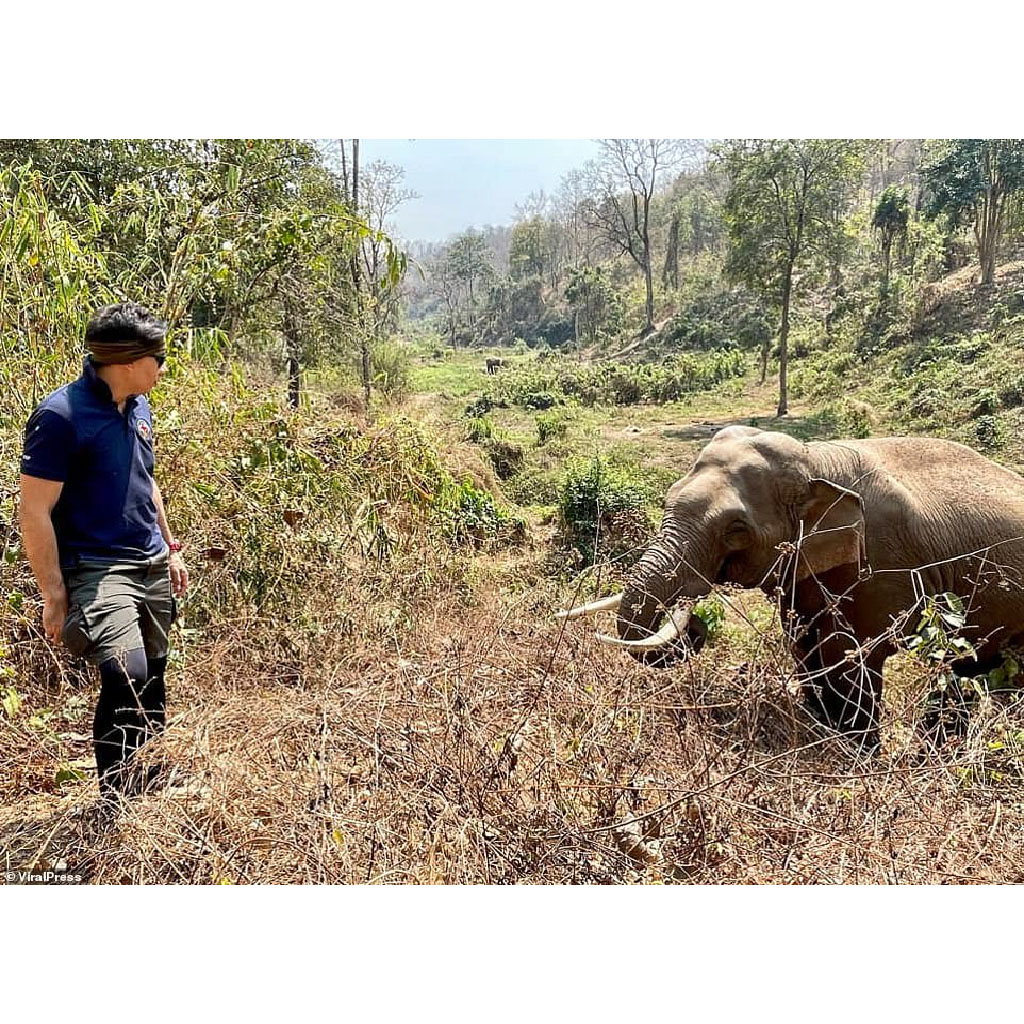 However, was unsure if the elephant will recognize him after so many years. Anyway, the vet waved at him. As soon as he realizes the man who’s waving at him is the same who treated him 12 years ago, the elephant hurries to show his appreciation, once again.

” Recently, we met again. We could remember each other and we greeted. It was a very special moment. ” Doctor Pattarapol said. 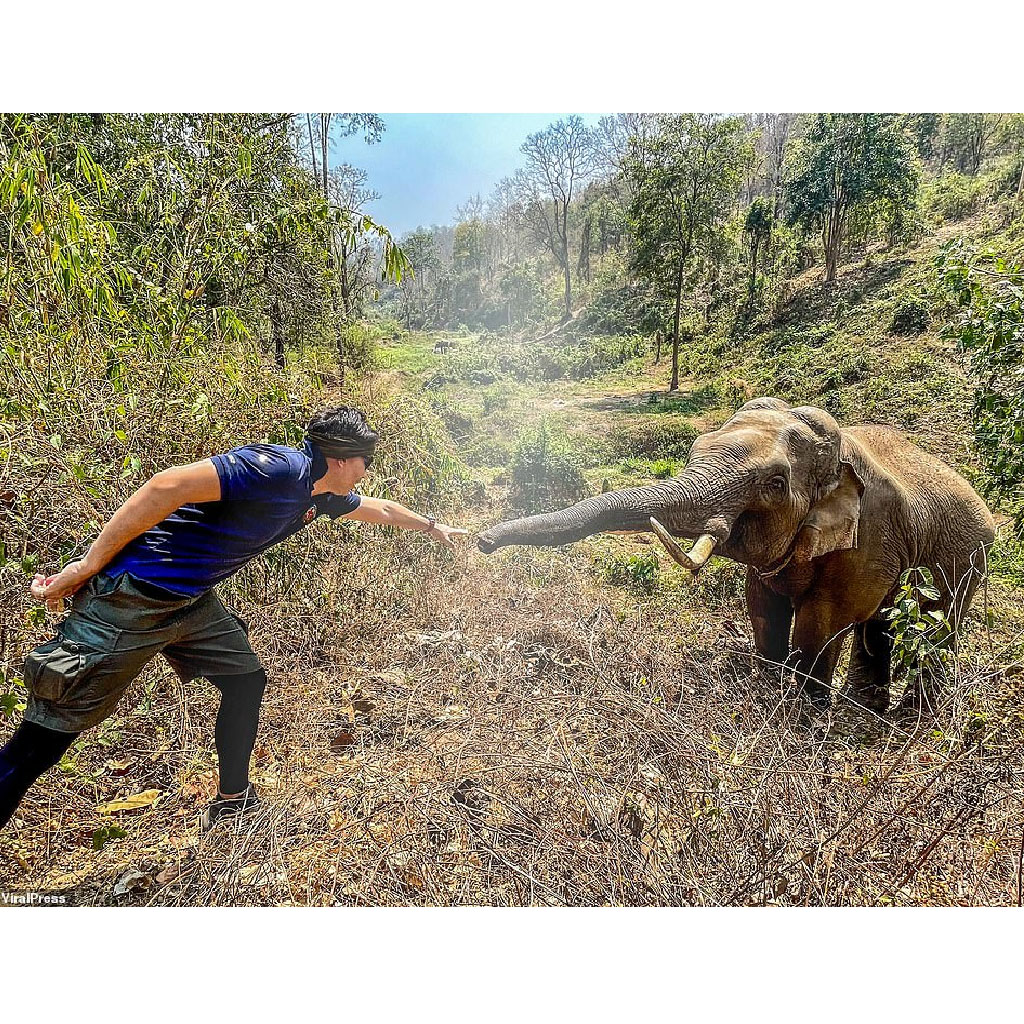 ‘I hope it encourages everybody to appreciate the work that people do with elephants,’ Doctor Dr. Maneeon added.