Cheyenne Tyler Berry captured one of the most wholesome introductions, as a man lifted his tiny pup to meet a friendly neighborhood feline.

A video of a man introducing his pet dog to a neighborhood cat has created a massive buzz on social media.

The viral clip features an elderly person taking his pet on a walk when they meet a cat near the bushes on the sidewalk. The man, being a polite gentleman, petted the cat to say hello, its soft fur grazing against his skin. The short exchange earned a purr, the feline seemingly enjoying the attention. But what kind of gentleman would he be if he didn’t allow the curious pup to make its acquaintance? 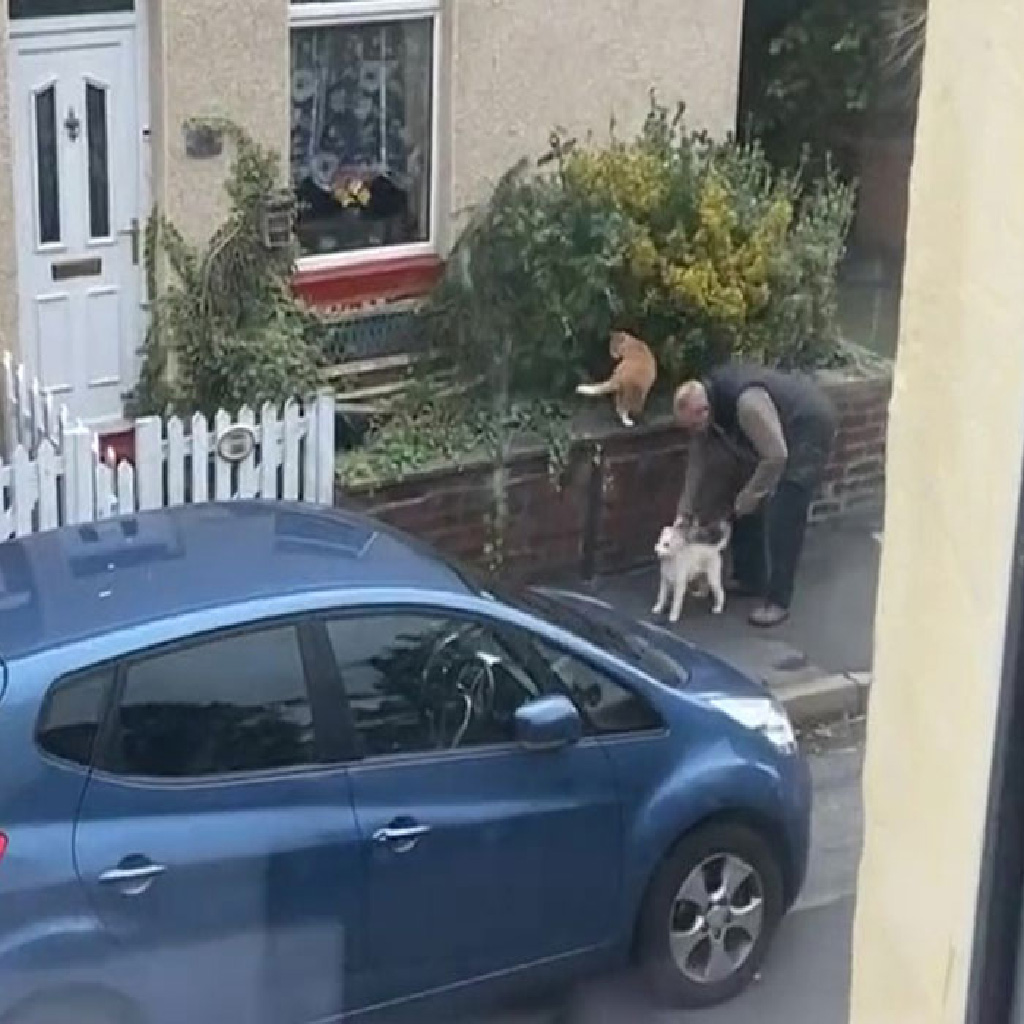 The man picks up his four-legged family member and takes him closer to the cat in a friendly gesture. Initially, when the dog lifted its leg to pat the cat, the latter took a step back to ensure there was no danger. This reaction was followed by a few seconds of the animal duo patting each other with no harm. 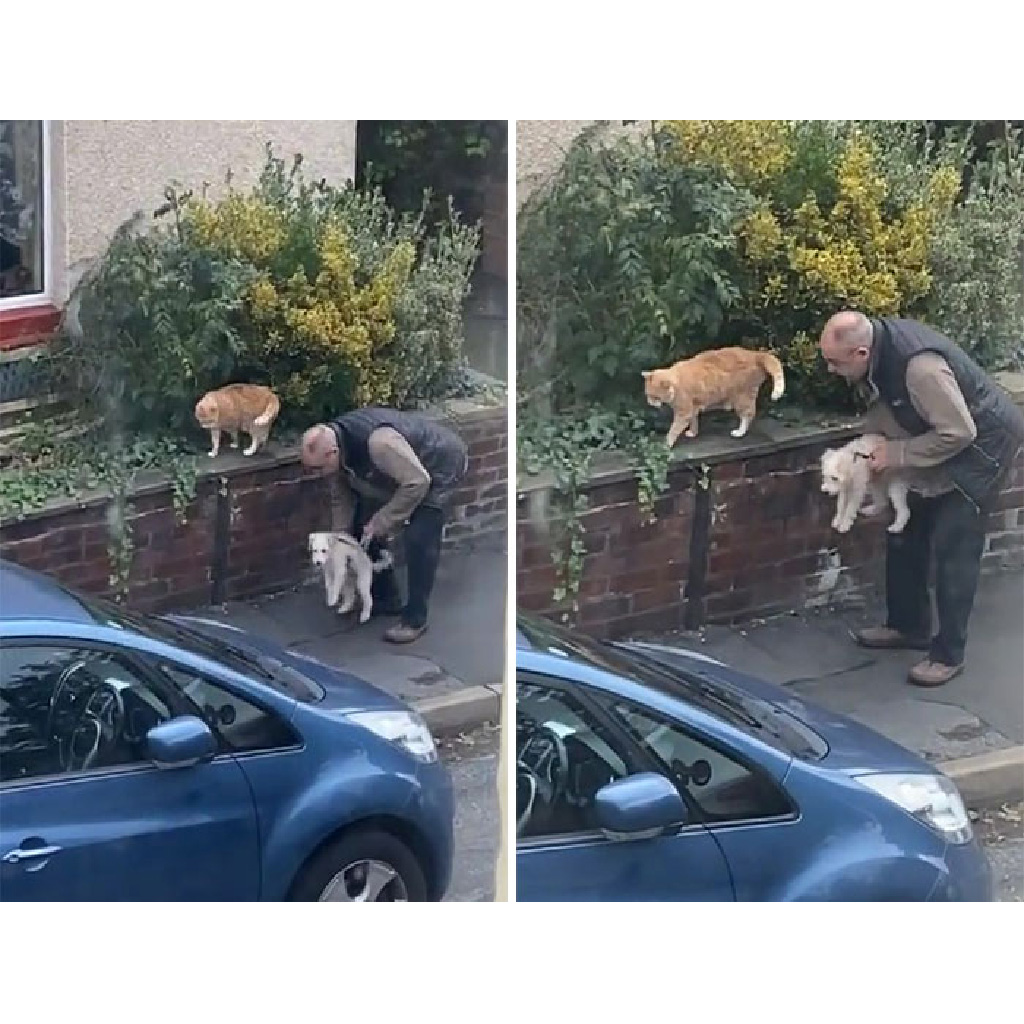 Once the introduction was over, the elderly placed the dog on the ground again and went on to pat the cat himself before continuing his walk. The wholesome moment was captured by a neighborhood TikTok user, Cheyenne, who uploaded the video on the social media platform, as reported by Upworthy. As soon as the clip surfaced online, it garnered a thunderous response from netizens online.

While sharing the clip, Cheyenne hailed the friendly gesture as a ‘pure moment’ and went on to add, “It made me tear up because I was shocked I got to see such a sweet moment in person. I haven’t stopped smiling since.” 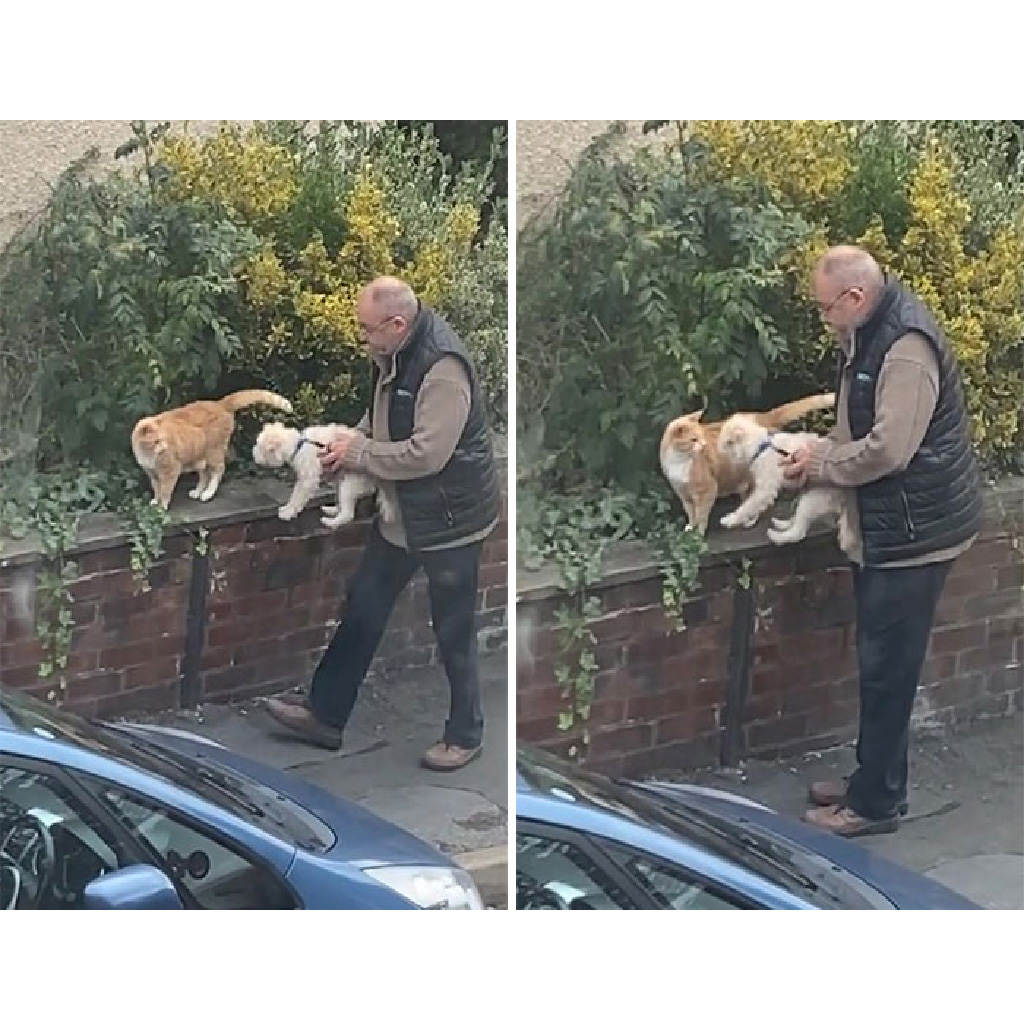 The hidden onlooker recognized her neighbor’s ginger cat. Its name was George. The tiny pup was getting increasingly excited with each step they took closer to the feline. The two animals couldn’t have been more different. “[The pup] was jumping and getting excited,” Cheyenne told, while the cat was observing the world with nonchalant stillness. The last thing on its agenda was a dog.
The man raised his pup to the cat’s eye level. The pup, following its owner’s actions, decided to paw at the cat, mayhaps in order to pet it himself, but the feline wasn’t as excited to receive such caresses. The cat raised its own paw, getting close to smacking some manners into the pup; however, no such violence was needed as the dog quickly understood it was stepping out of line. 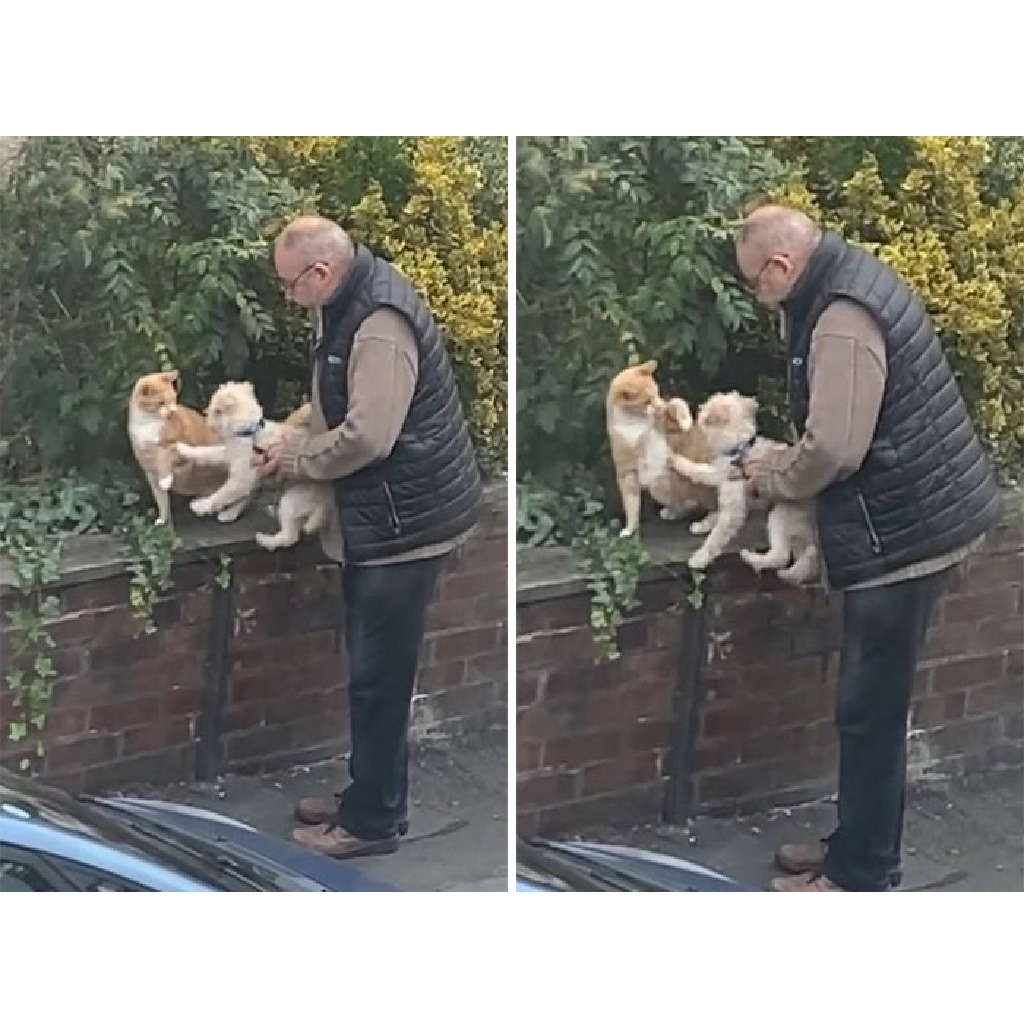 A few paws were raised, but soon the two animals fell into content stillness. Seeing it, the man took it as a sign they’d had enough interaction. 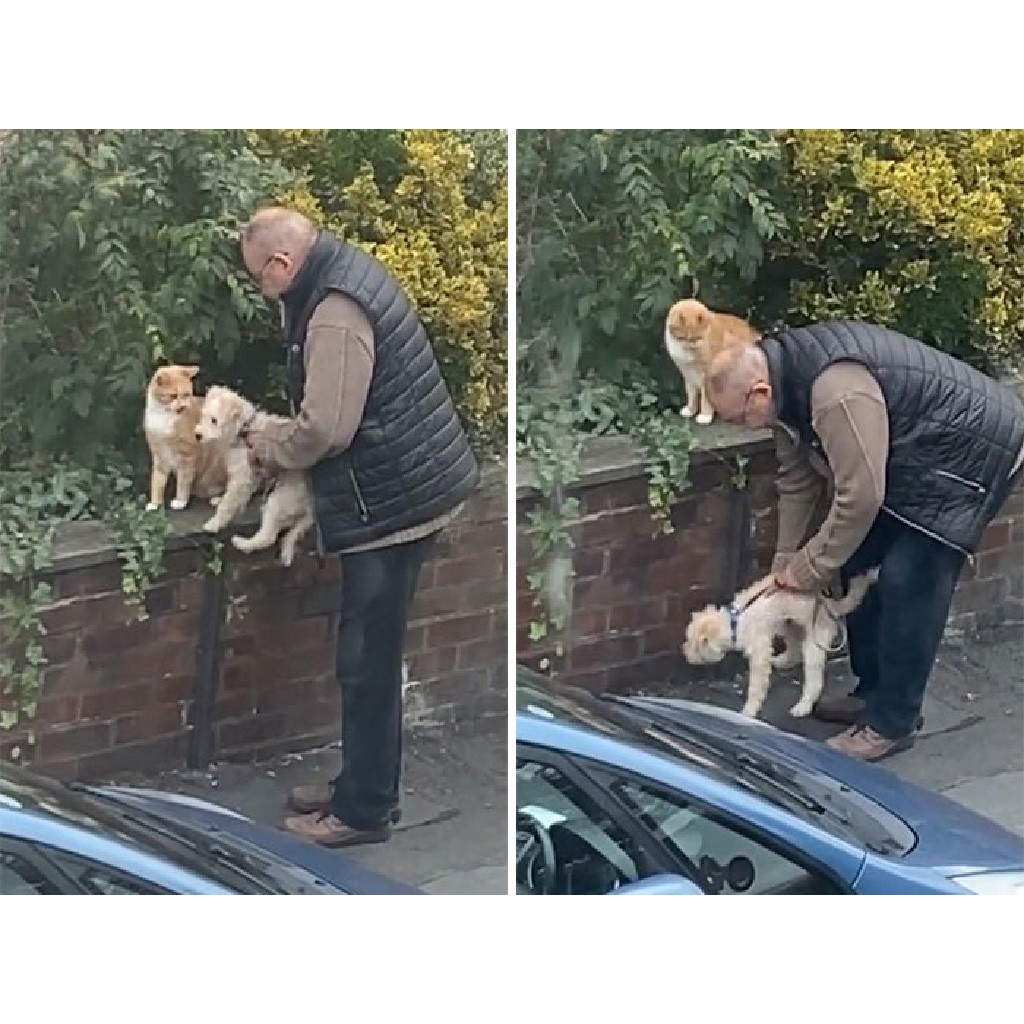 The video went so viral that it even caught the attention of the elderly person in the clip. He reportedly took to the comment section of the post to identify himself and further reveal the name of his pet dog. The elderly man clarified that he ensured to pat the cat and assess how the introduction might turn. He added that his four-year-old dog has been introduced to cats before and hence, there was no harm in taking the friendly step.