Filya the lion has a unique way of welcoming visitors to the Taigan Safari Park in Crimea. The 2-year-old beast thinks he’s still a cute little cub and stubbornly demands a heavy dose of affection from every human he meets! Needless to say, tourists are always caught off guard by his clingy antics!

When the cart full of tourists drives up to a lounging lion, the lion gets right up to greet them. And he doesn’t just walk over and give them a sniff or scan them with his eyes. This lion decides that he wants to get up close and personal with the people in the cart. 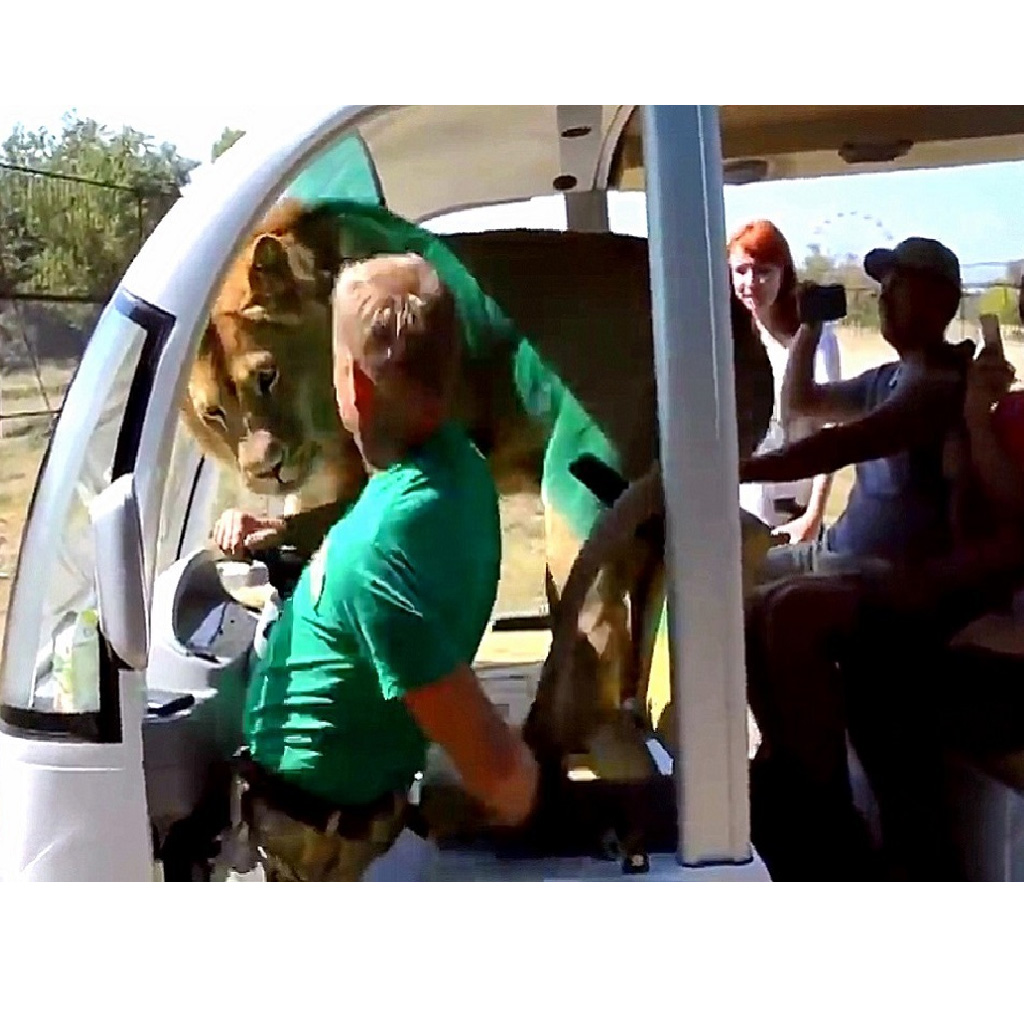 He starts by going up to the driver. The lion seems to recognize this man and makes sure to give him a very special welcome. He lunges at the car and shoos the driver away as he claims the wheel, before proceeding to hug and nuzzle with the new humans. 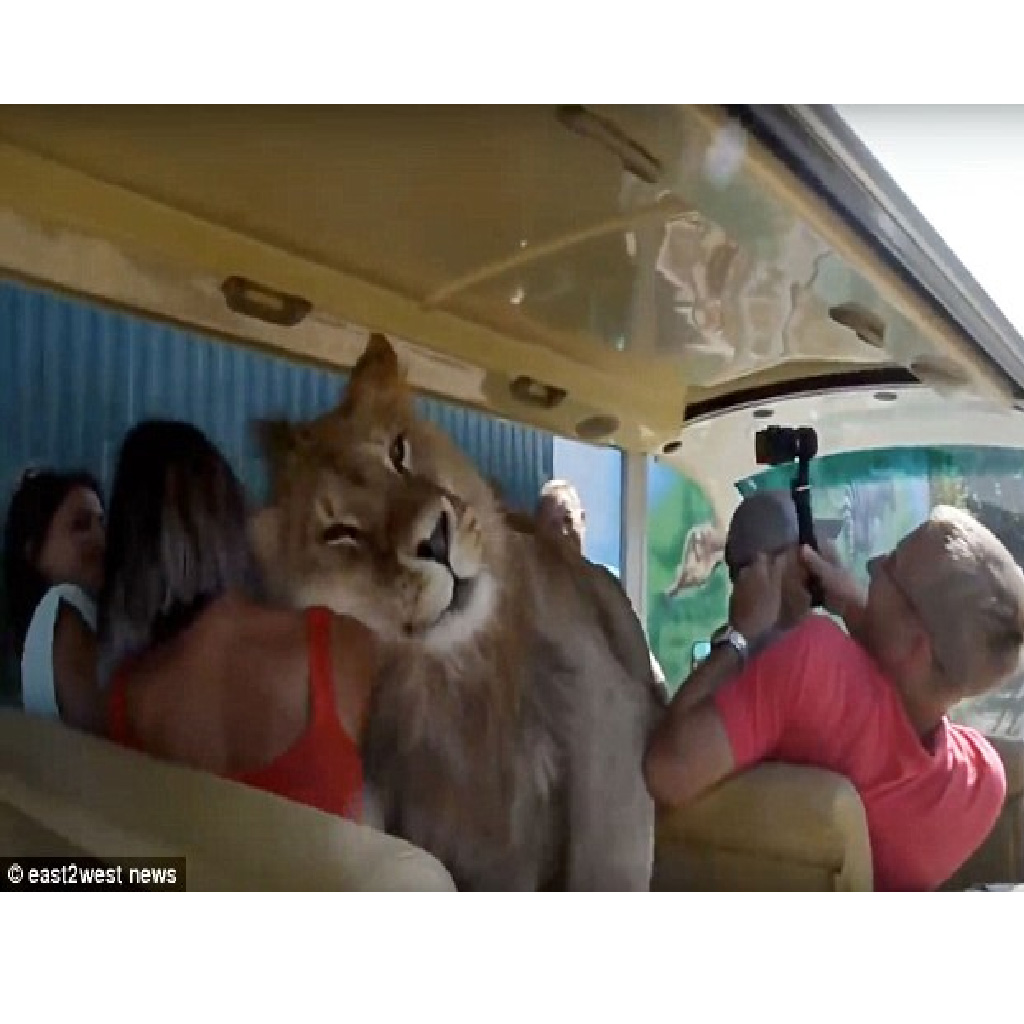 But the lion isn’t done interacting with his human guests. The moment that the lion’s paws hit the ground, he turns around and tries to jump back into the cart, but on the row behind the driver this time. He seems totally unaware of his hugeness and begs every visitor to stroke him like a puppy!

The tourists are initially rattled to find themselves being cornered by a gigantic predator. But they eventually sense his innocent need for companionship and warm up to him. The visitors sit in their seats with their phones out, recording this incredible experience. 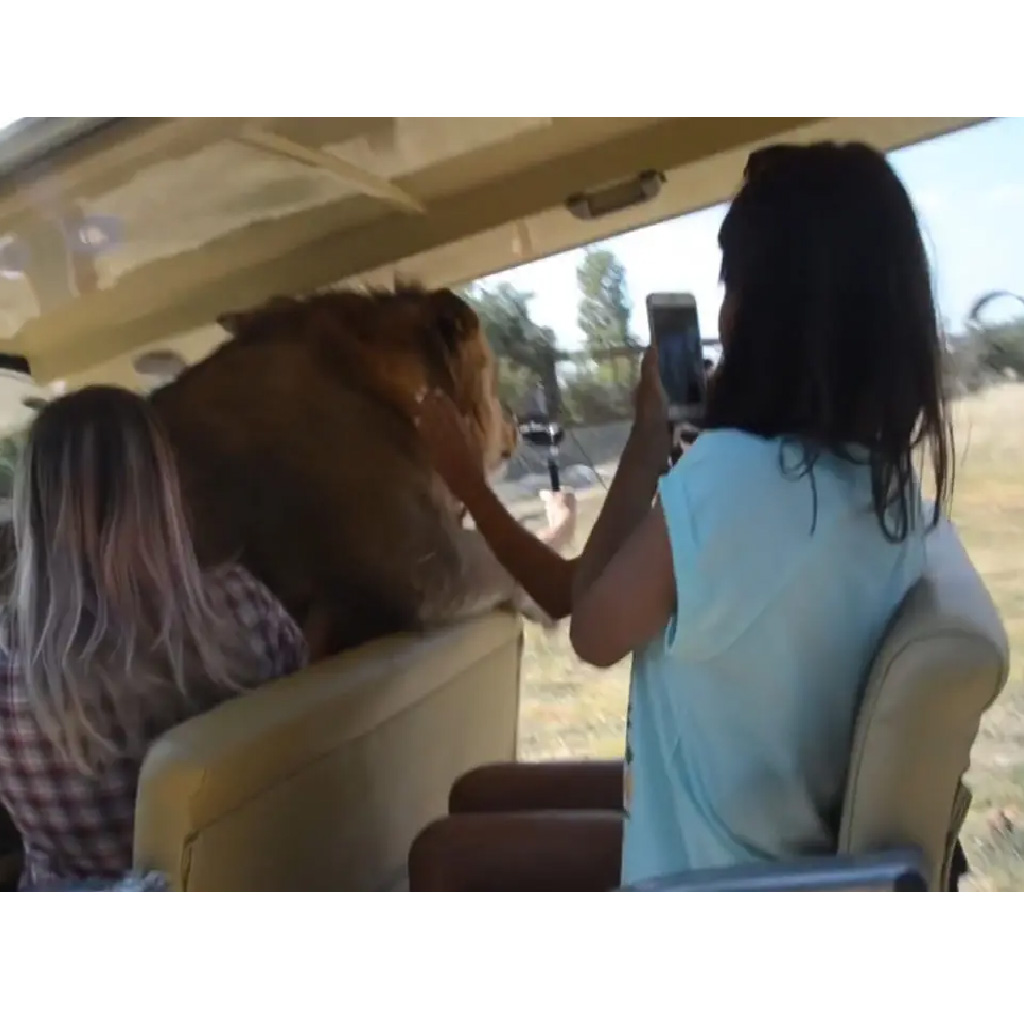 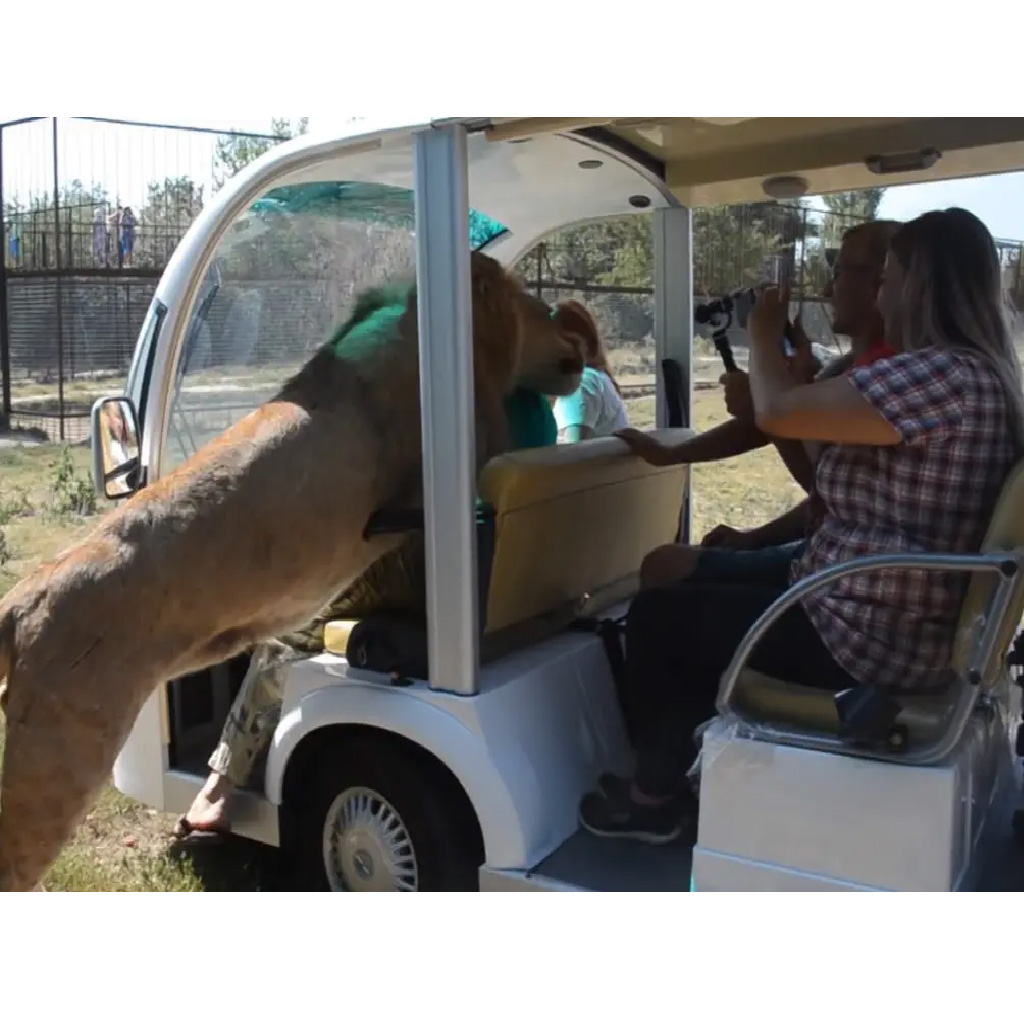 The lion walks over the people and the seats, rubbing his big head on their smaller ones, trying to get all the scratches that he can while he’s got the chance. Within seconds, Filya is lost in bliss as he licks and rubs the tourists’ faces like a doting pet! Looks like the king of the jungle is very exacting when it comes to getting what he wants! 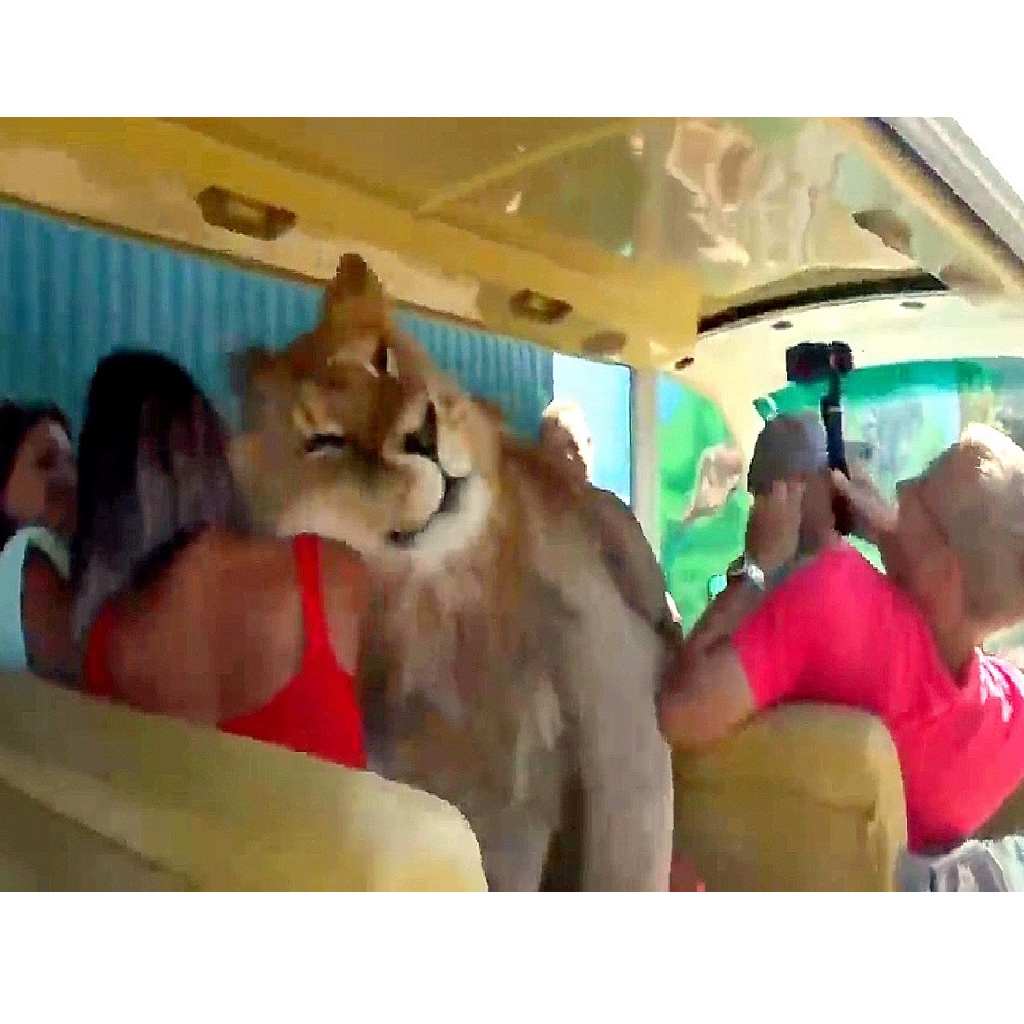 With the cuddly Filya refusing to leave the tourists alone, the driver has to drag him away in his arms like a kid! The lion finally steps out of the car and braced himself to say goodbye to his new friends.

How cool would it be to get to pet a huge lion and have it jump onto your lap as if it were nothing more than a cuddly little house cat?! Remember though, these aren’t just your ordinary house cats and if provoked, lions have the ability to do some serious damage to you.
So if you ever find yourself on a safari trip, make sure to keep calm and enjoy these magnificent creatures from a distance.