Our dogs are always a great source of entertainment, whether they realize it or not. And for one Danish family with a 4-year-old English Bulldog, one of his little habits ended up becoming the gift that keeps on giving. Bogart is the adorable Bulldog who loves to stick his head through a hole in the family’s garden fence. 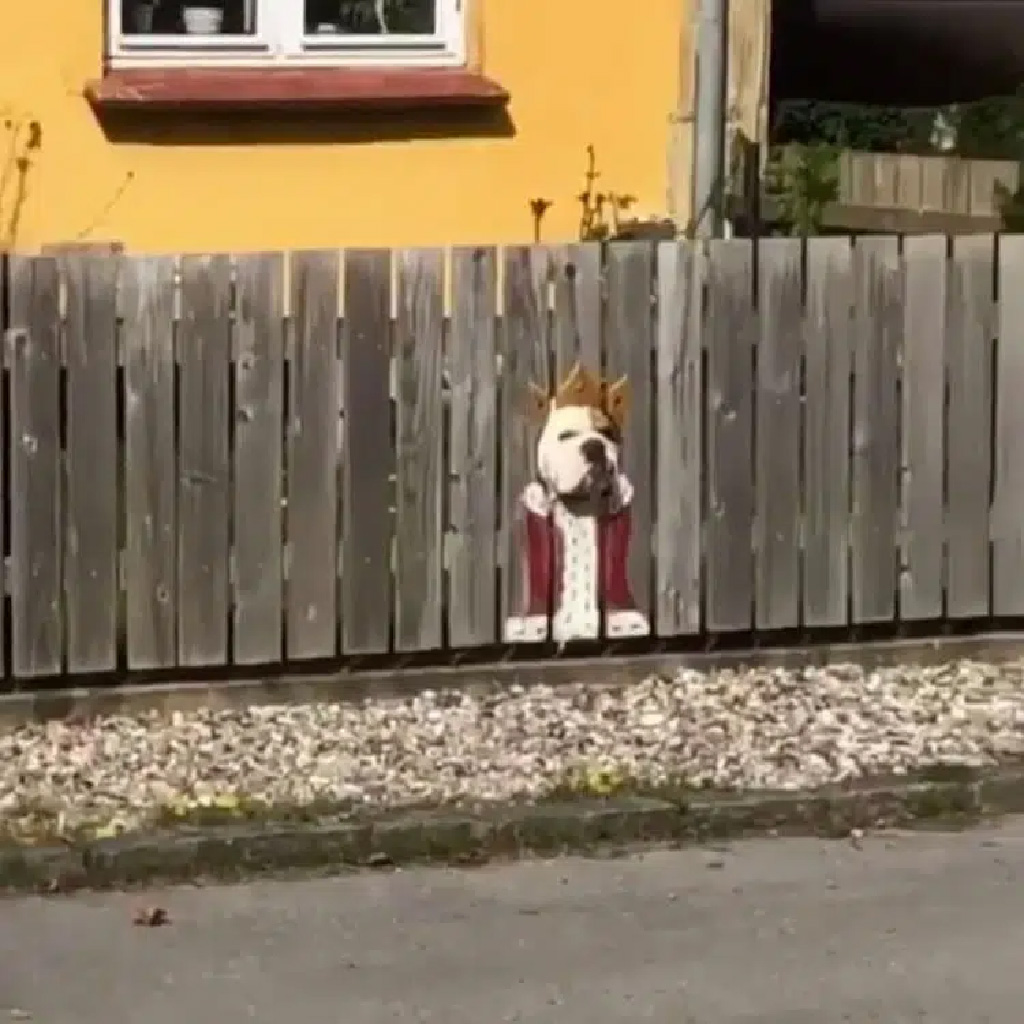 It’s nothing out of the ordinary – dogs are quite curious creatures and all of us with backyards know that when something catches our dog’s attention, they often try to find a way to get a better look. And if any of us have a hole or cracks in our fences, they’re the first place that our dogs go to in order to get a better look at what is happening in the neighborhood.

While Bogart was blissfully unaware as to what was happening to his holes in the fence, his owner, Ranveig Bjørklid Levinsen, was creating comical art for the whole world to see. In a style very similar to the photo stand-ins found at carnivals, Levinsen decided that it would be a good idea to paint a jester around one of the holes and a king around the other. 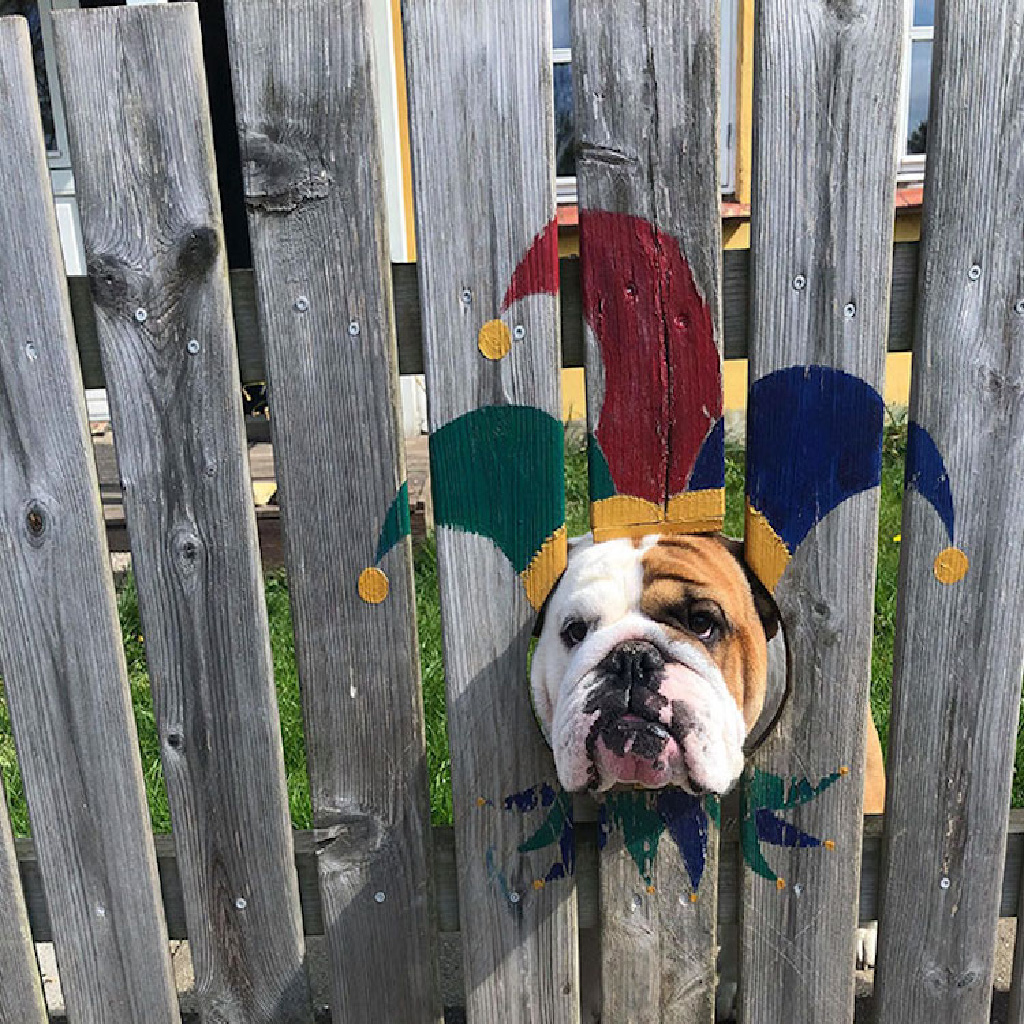 “We are living close to a walking path, so many people pass by every day, and the dogs are just so curious,” the owner explained. “To prevent them from skipping the fence, we made the holes, but even if it was funny to see them from the other side, I just thought it would look even [funnier] if we painted something,” she revealed how the paintings appeared on the fence.

And, for Bogart, his hole in the fence, which he uses as a portal to the outside world, also ended up being something that provided his neighborhood – along with strangers on the internet – plenty of entertainment.

The results were hilarious as Bogart would peep his head in and out of the fence holes, that the video of him ended up going viral. And we completely understand why – it’s just too funny not to. However, Bogart isn’t the only dog to get attention while using the fence holes. In fact, Bogart’s canine mother would also get attention from neighbors if she ever peered out the fence. 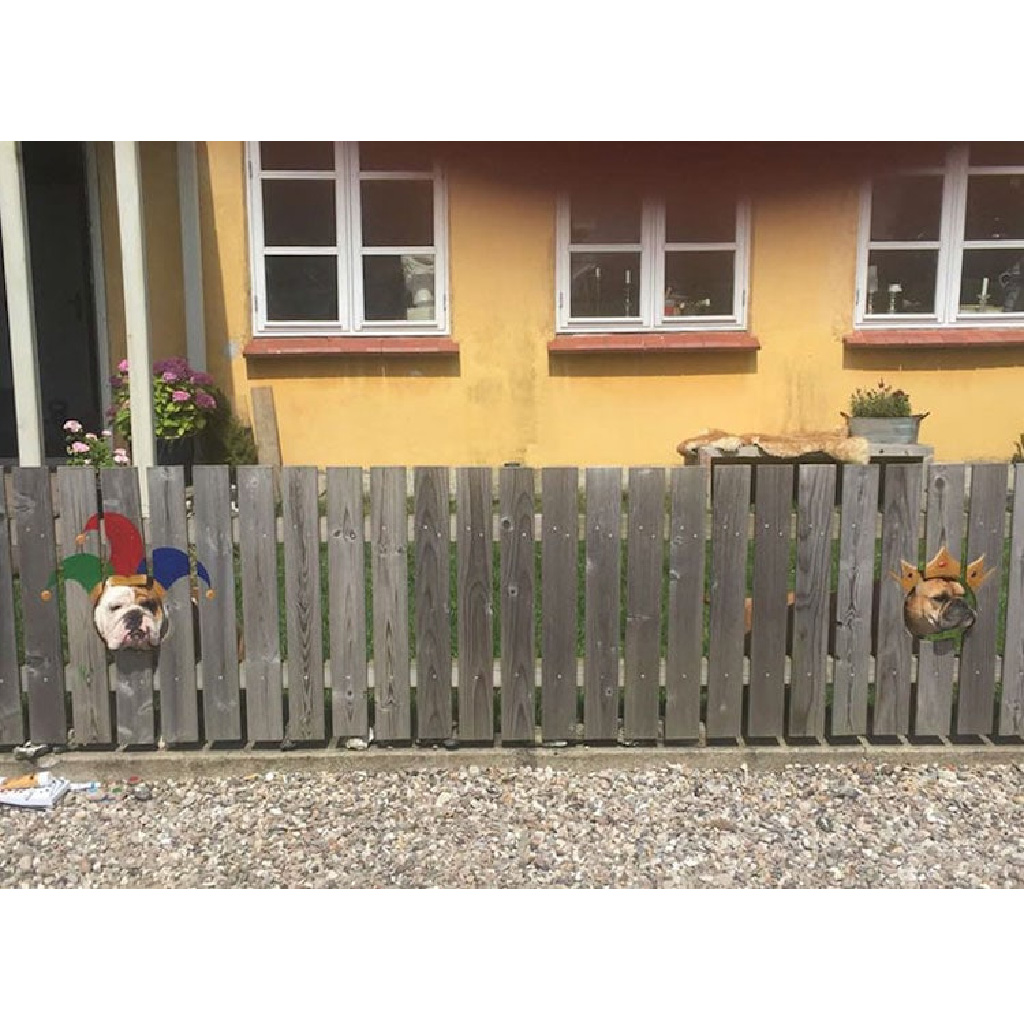 “You know, like in amusement parks where you can have your photo taken in this kind of holes,” Levinsen elaborated on where she got the idea from.

The woman settled on a crown and a jester hat. Although it was Ranveig who came up with the idea, the actual paintings were done by her daughter. 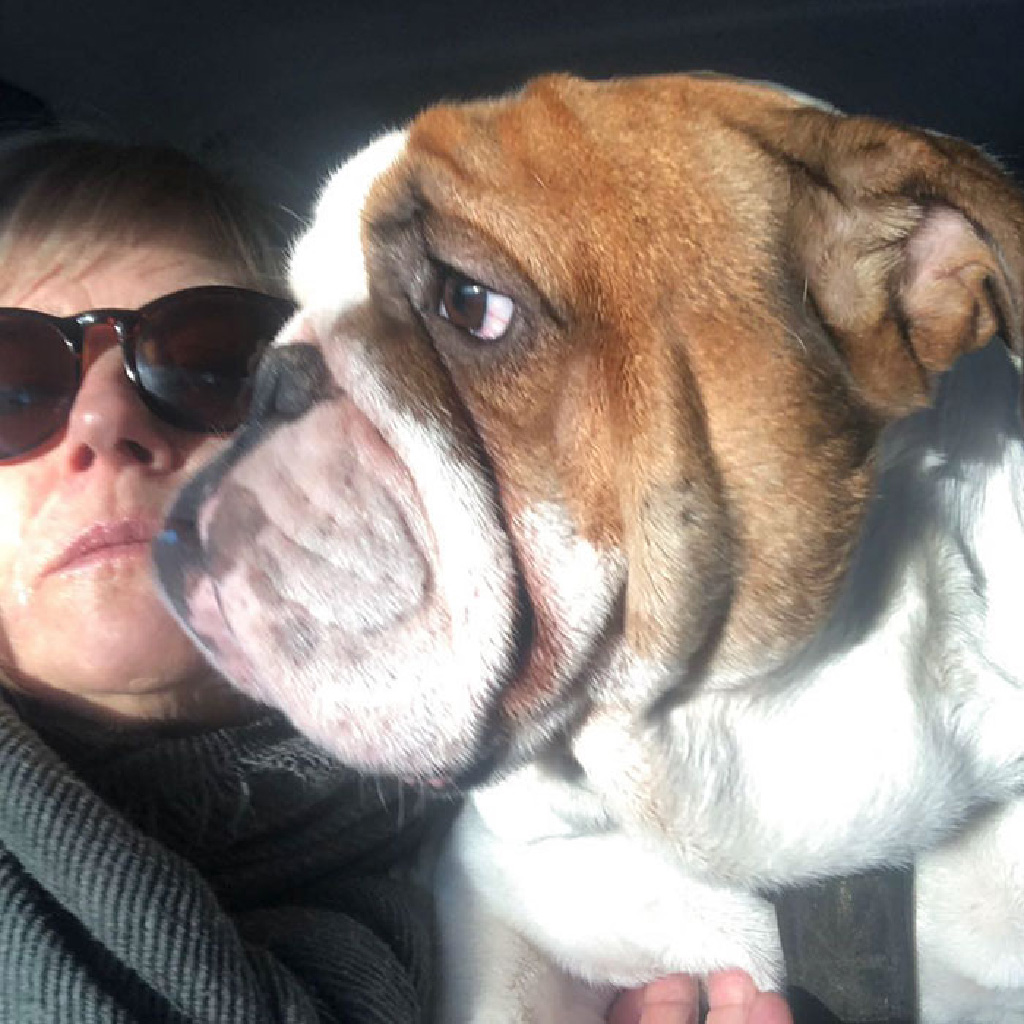 When asked about the reaction from the people, Levinsen said that it’s been overwhelming. She also added that complete strangers reach out to her to tell her that they think her dog and the fence painting are hilarious.

“I, myself, am blown away that my little dog has gone viral—just because he looks goofy,” she concluded. 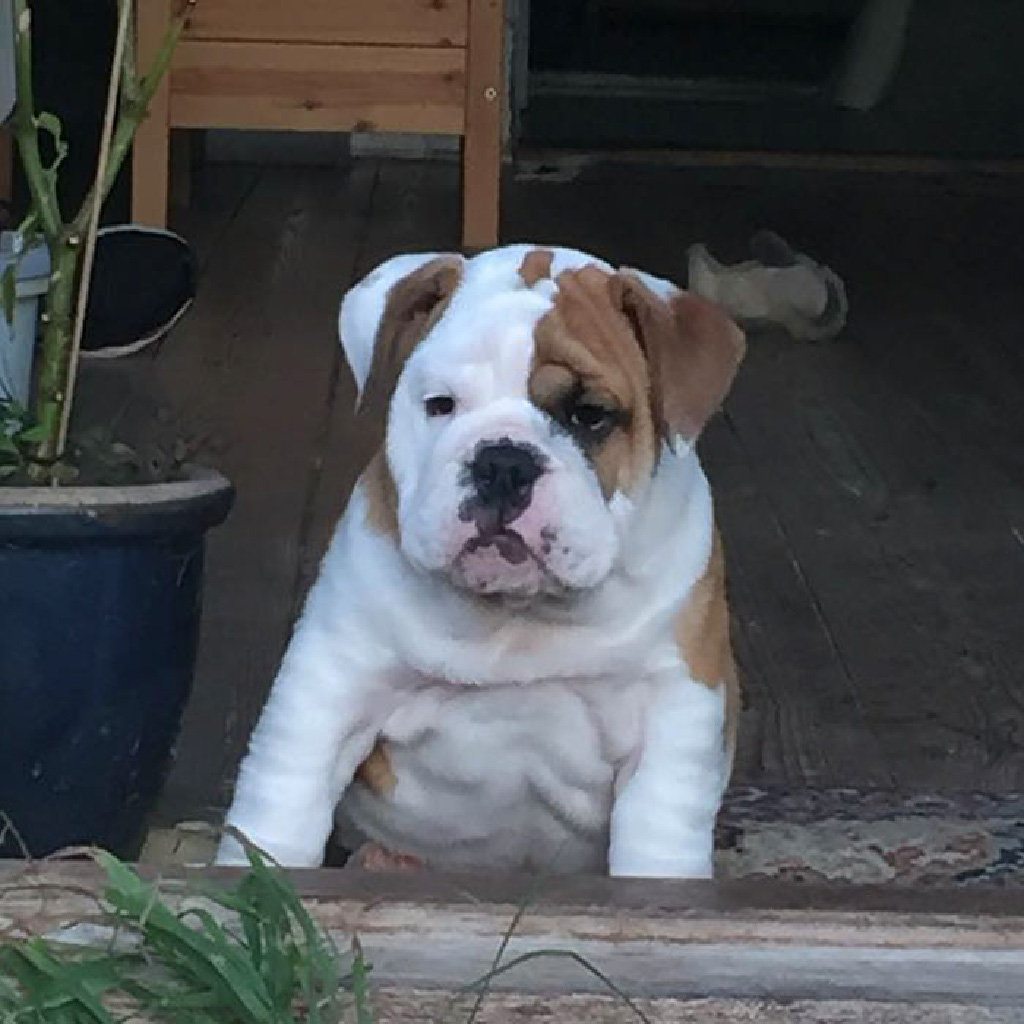