Among all other breeds of dogs, the Pit Bull is ultimately known and developed as a fighting dog and is hailed as an aggressive, fierce, and violent animal whom nobody could control except his trainer/owner. Because of their strength, they are also considered good companion dogs, therapy dogs, and police dogs. However, Sophie Gamand, a U.S.-based French photographer, has set out to change all that by photographing Pitbulls posed with beautiful hippie flower crowns that show their gentle and softer side. 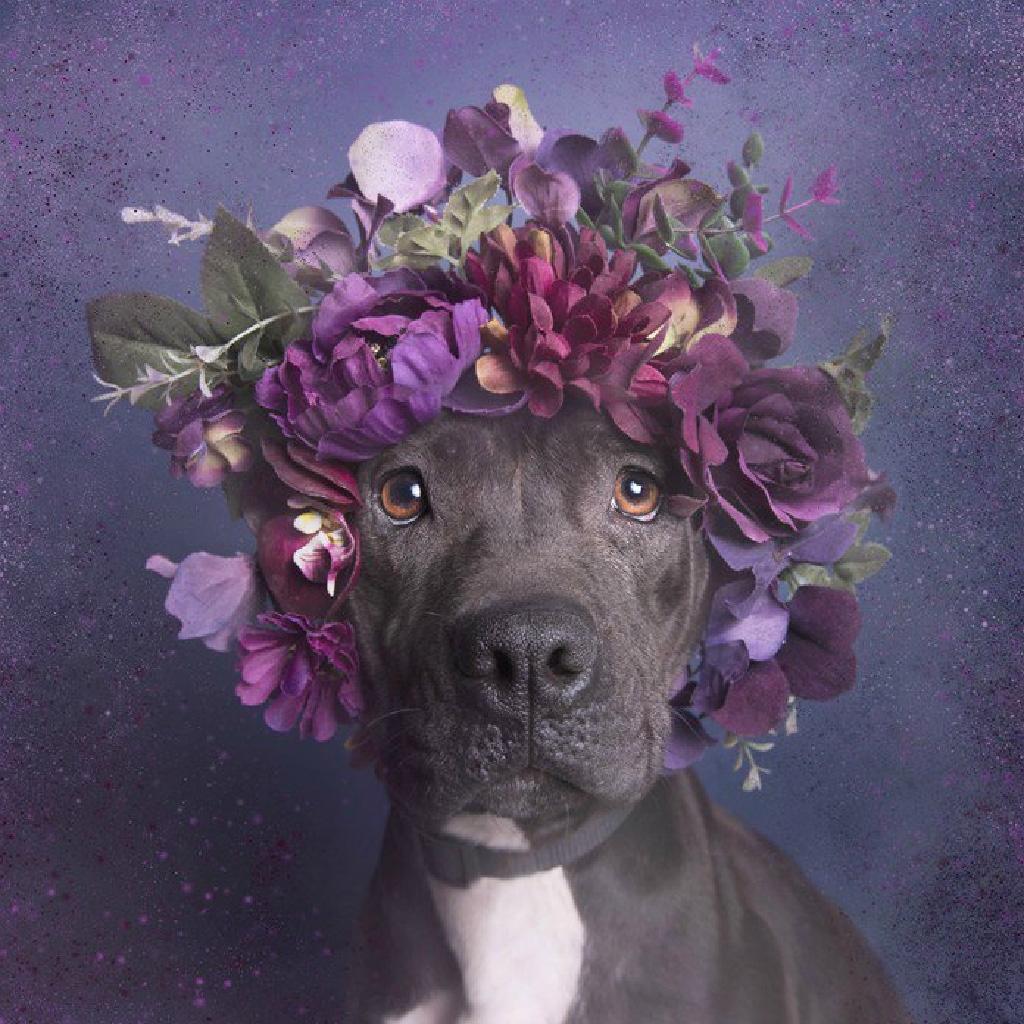 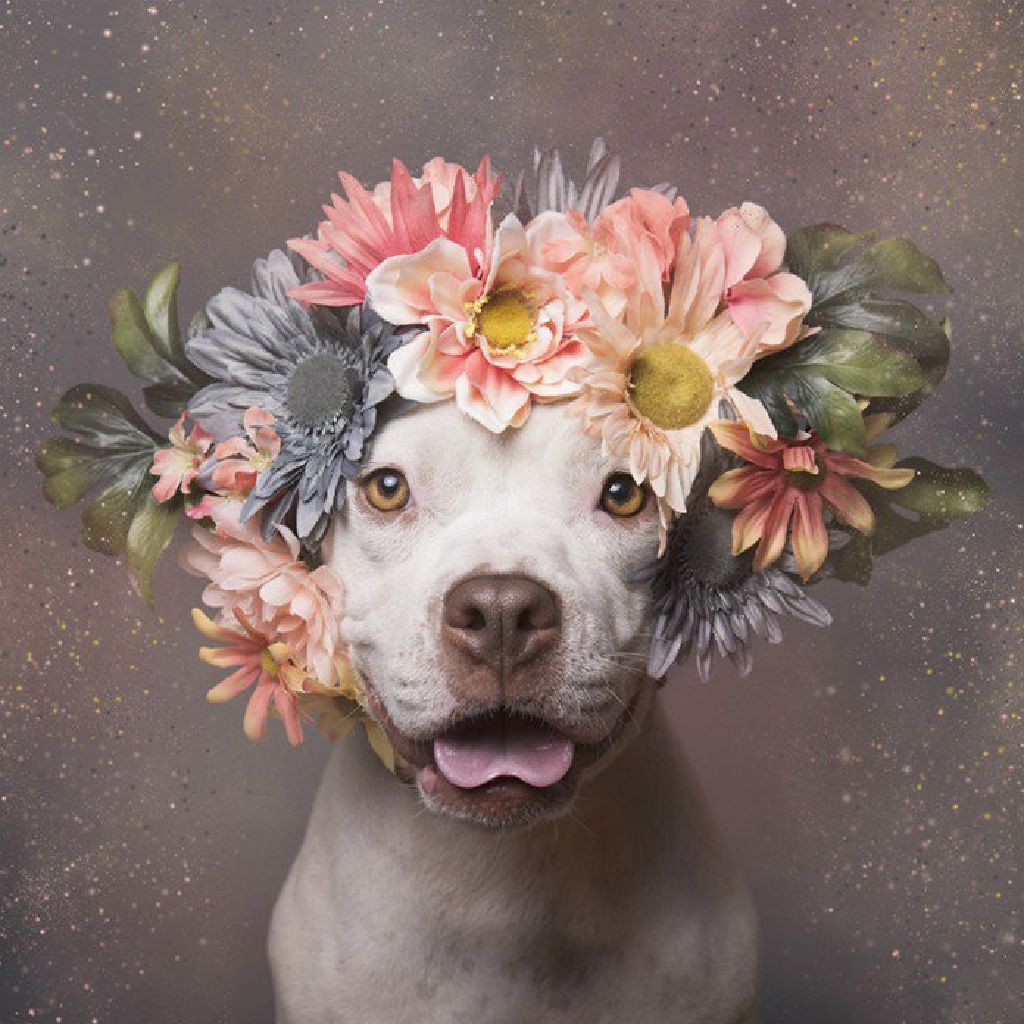 Her photo series, entitled, “Flower Power, Pit Bulls of the Revolution,” aims to show the sweeter side of these oft-misunderstood animals. 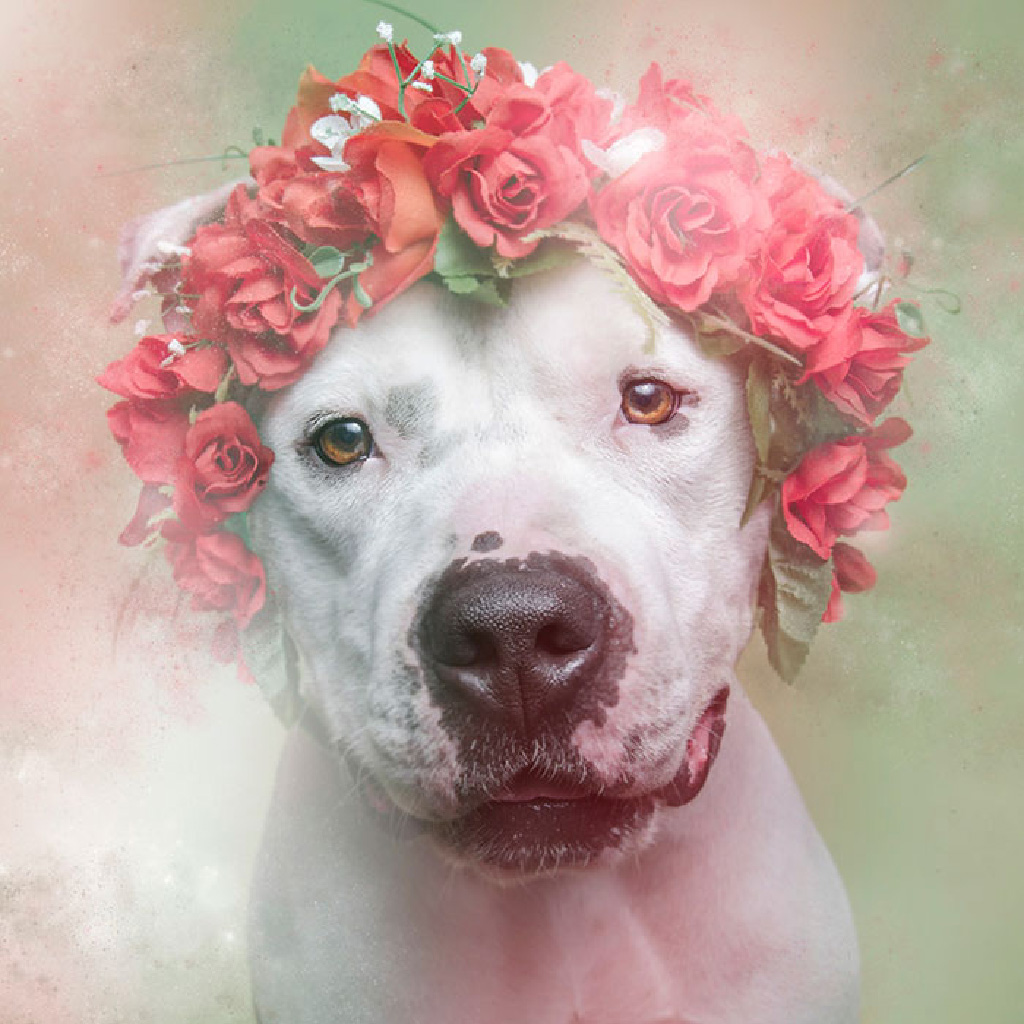 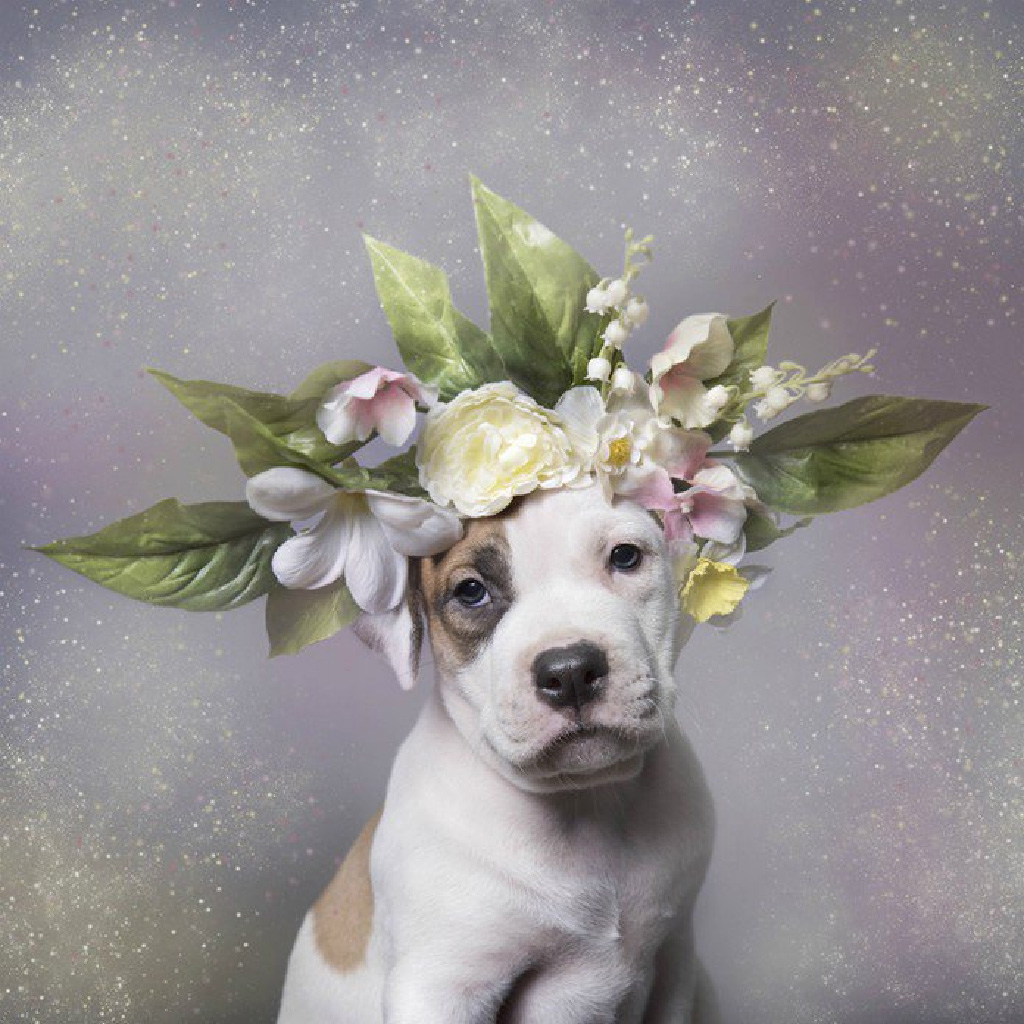 The artist explained the aim of her project:
Between 800,000 and 1 million pit bull-type dogs are (ᴇᴜᴛʜᴀɴɪᴢᴇᴅ) in America every year. Around the world, they suffer similar prejudice. My art project became a strong voice for these dogs. And people got really vested in the project.  So now not only is my career in a great place, but I also have a strong following on social media, which allows me to adopt even more dogs, and keep fighting the good fight for shelter dogs, pit bulls in particular. 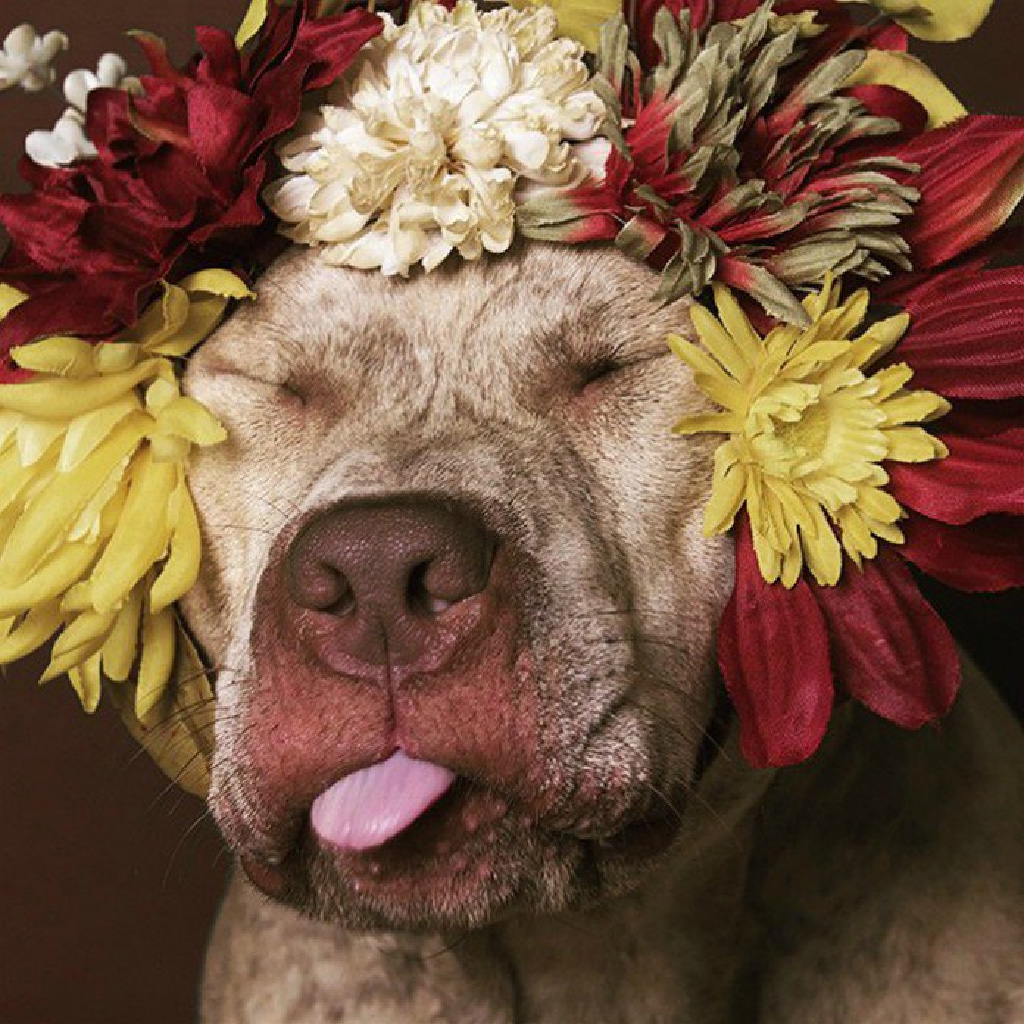 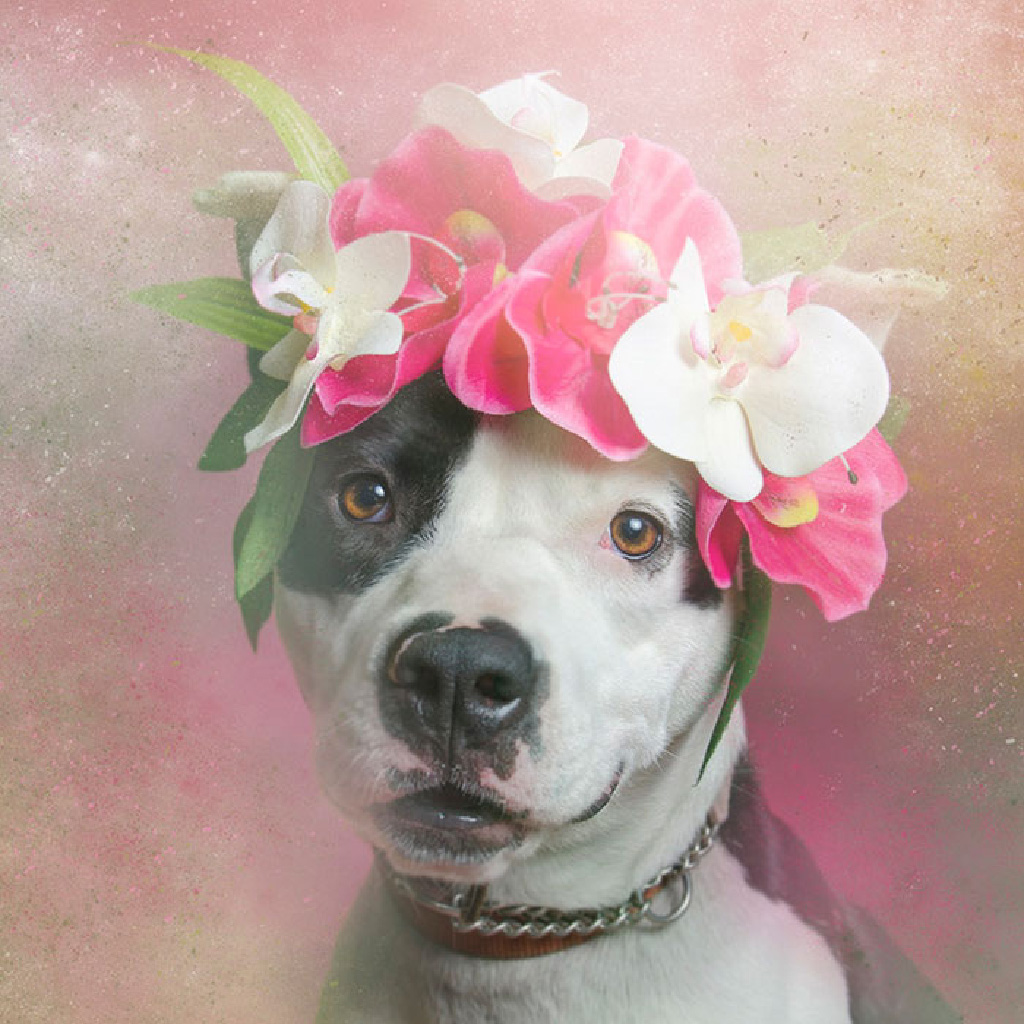 The models in Gamand’s photos are just a few of the dogs looking for homes at three rescue groups in New York. The proceeds from photo print sales will go to these shelters as well! 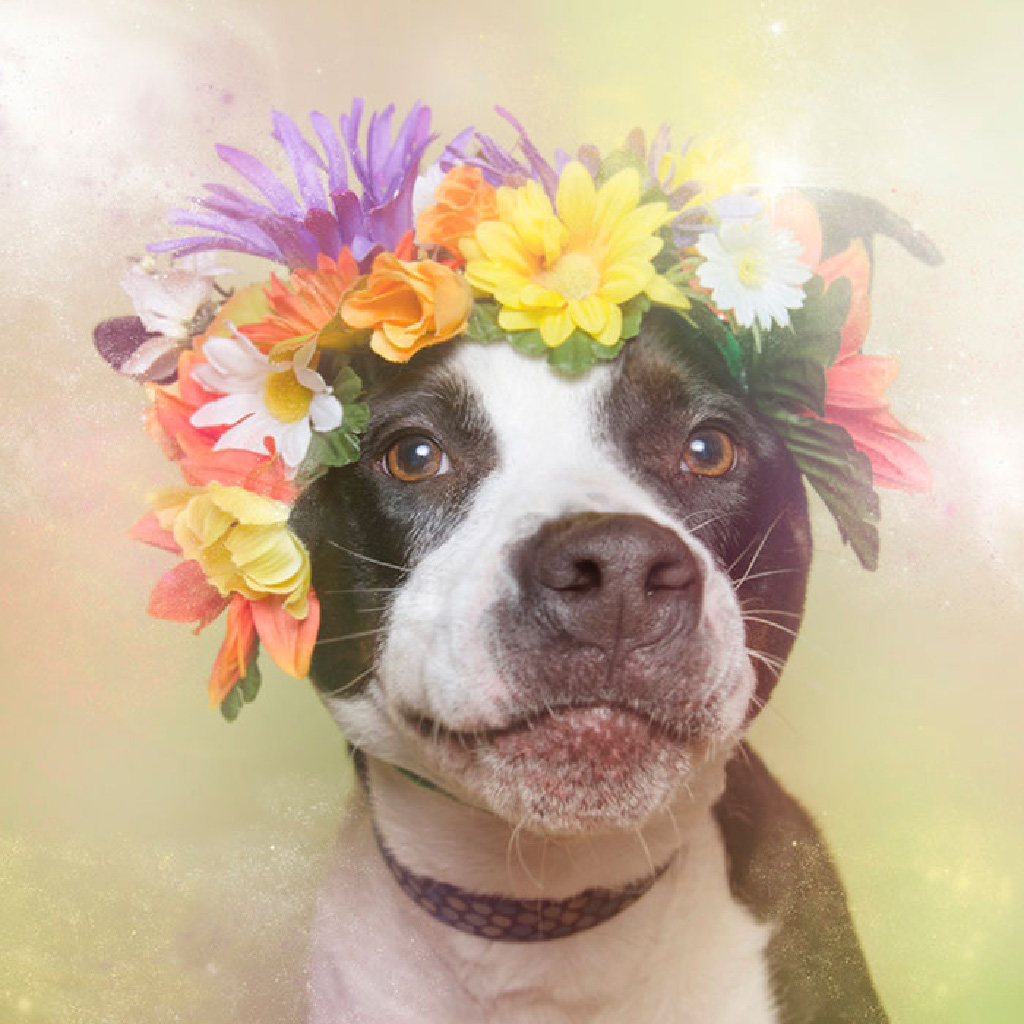 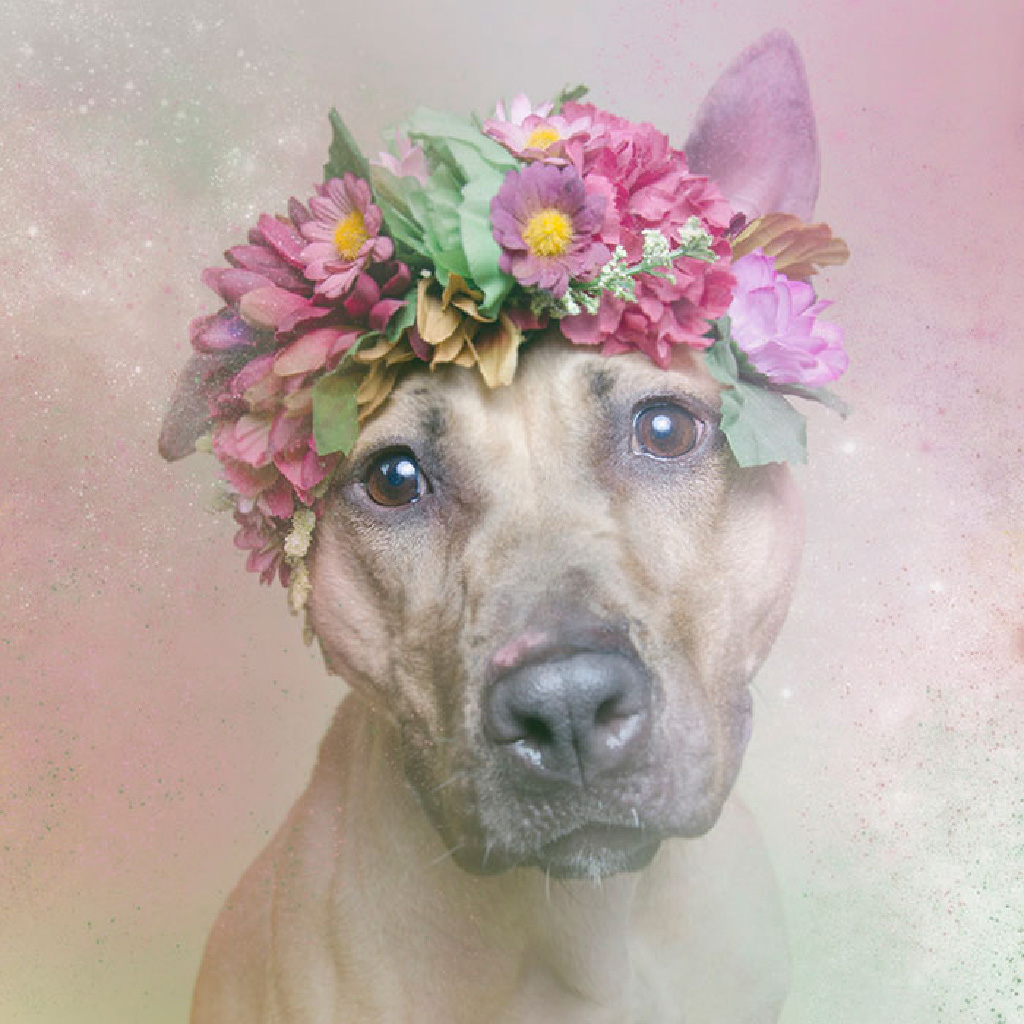