Last weekend, a dog named Baby Girl sat stoically on the grass of a residential street in Green Bay, Wisconsin. Tied to a fire hydrant by her leash, she could’ve been just waiting for her owner to return — which is what Kylie Rose Engelhardt thought at first. 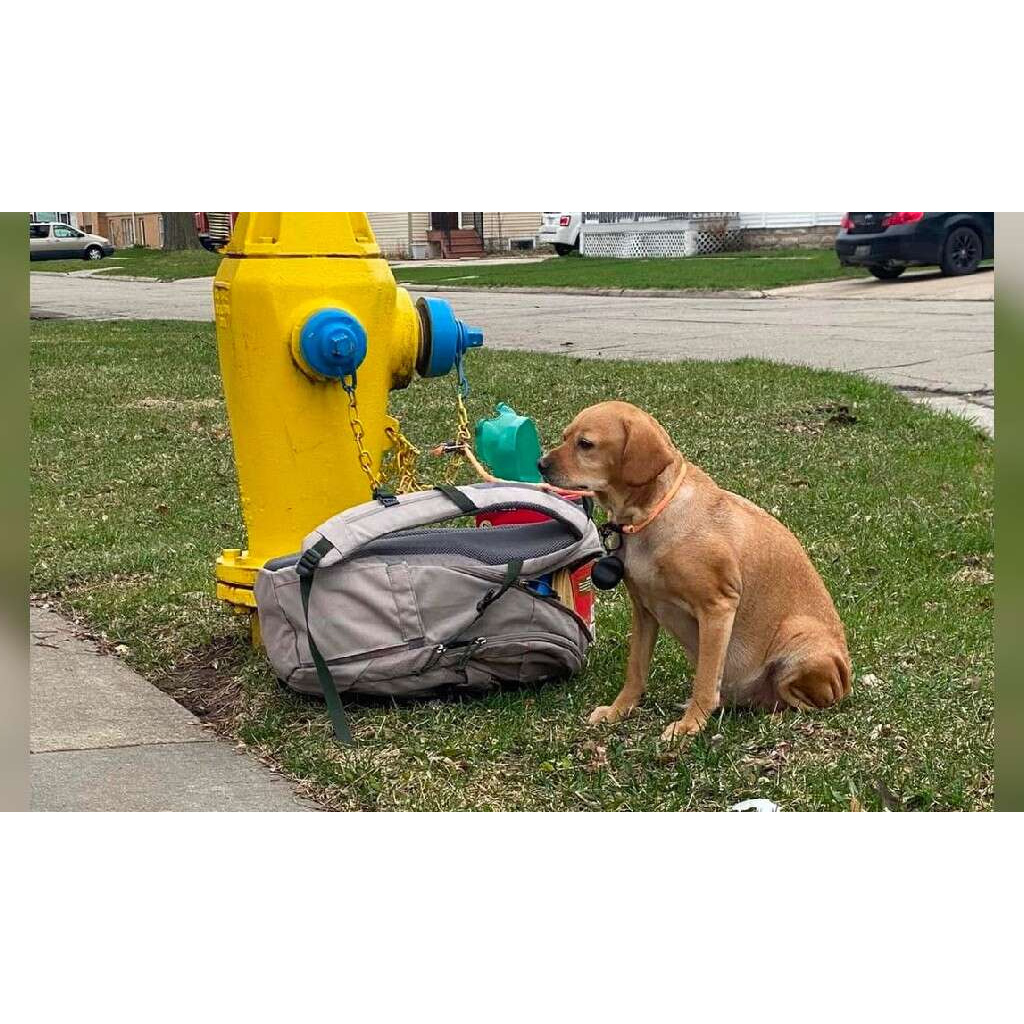 Luckily, Baby Girl didn’t have to be alone in the cold for long. Engelhardt spotted her and stopped to make sure she was OK.

“[I] sat outside with her for an hour keeping her warm waiting for someone to come back but no one did,” Engelhardt wrote on INTERNET.

Next to Baby Girl was a backpack filled with all her favorite things — food, treats and toys, as well as a heartbreaking note. When it became clear to Engelhardt that Baby Girl had been abandoned, she brought her to the Wisconsin Humane Society.

“I did my best, everyone,” Engelhardt wrote. “Trust me, it breaks my heart, too.”.

The woman told that she made several attempts to surrender the dog to various shelters—even going door to door to try and find the dog a new home—before finally opting for the note and fire hydrant.

“I called, God, seven places. I called everybody to see if I could give her up, you know, will somebody, please take her?” she told WBAY. “When I put her on the hydrant, I just saw her face that she was like, ‘Mom, what, what’s going on here?'” 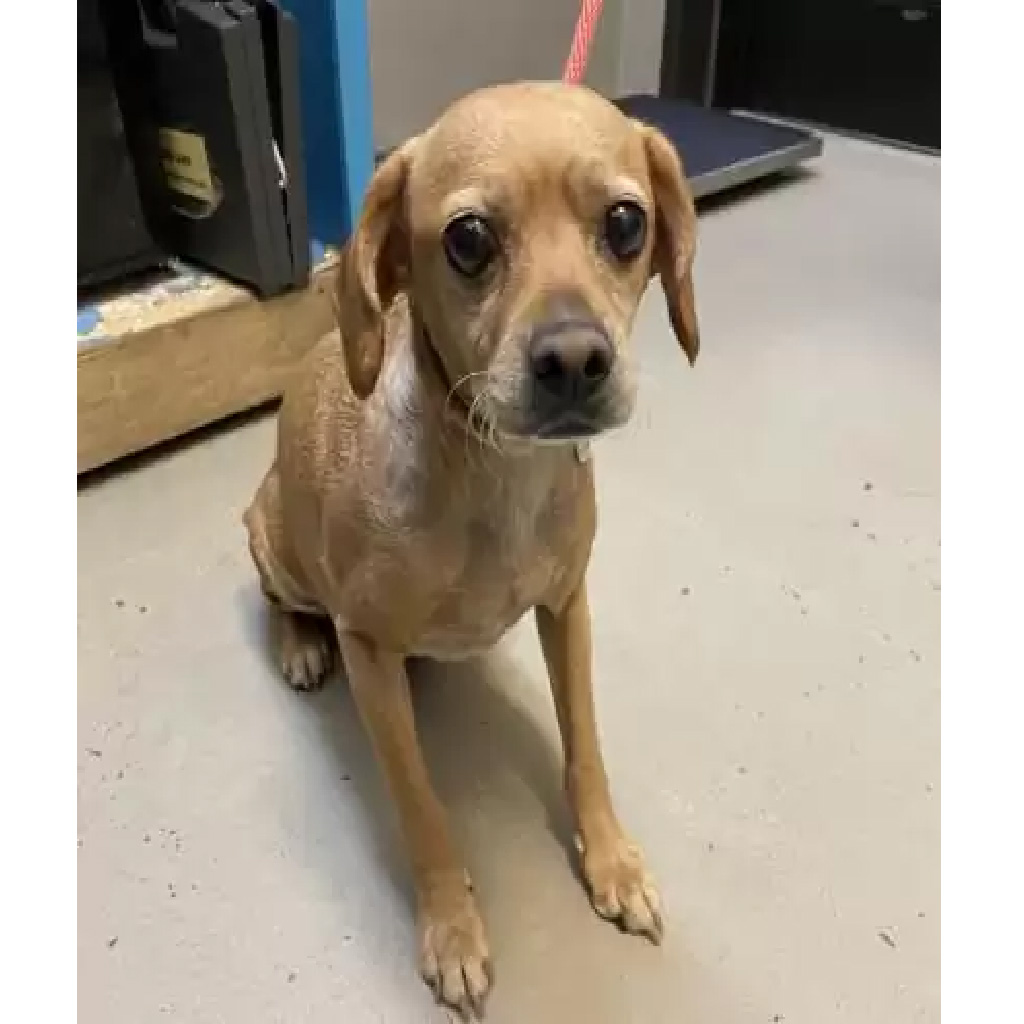 Heartbreaking as the situation is, the woman’s plan worked: Green Bay resident Kylie Engelhardt quickly found Baby Girl and called police before sitting with the confused little dog to wait until officers arrived.

The picture of Baby Girl left alone with her possessions has gained quite a bit of attention over the week. And according to the shelter, the 5-year-old dog is doing great. 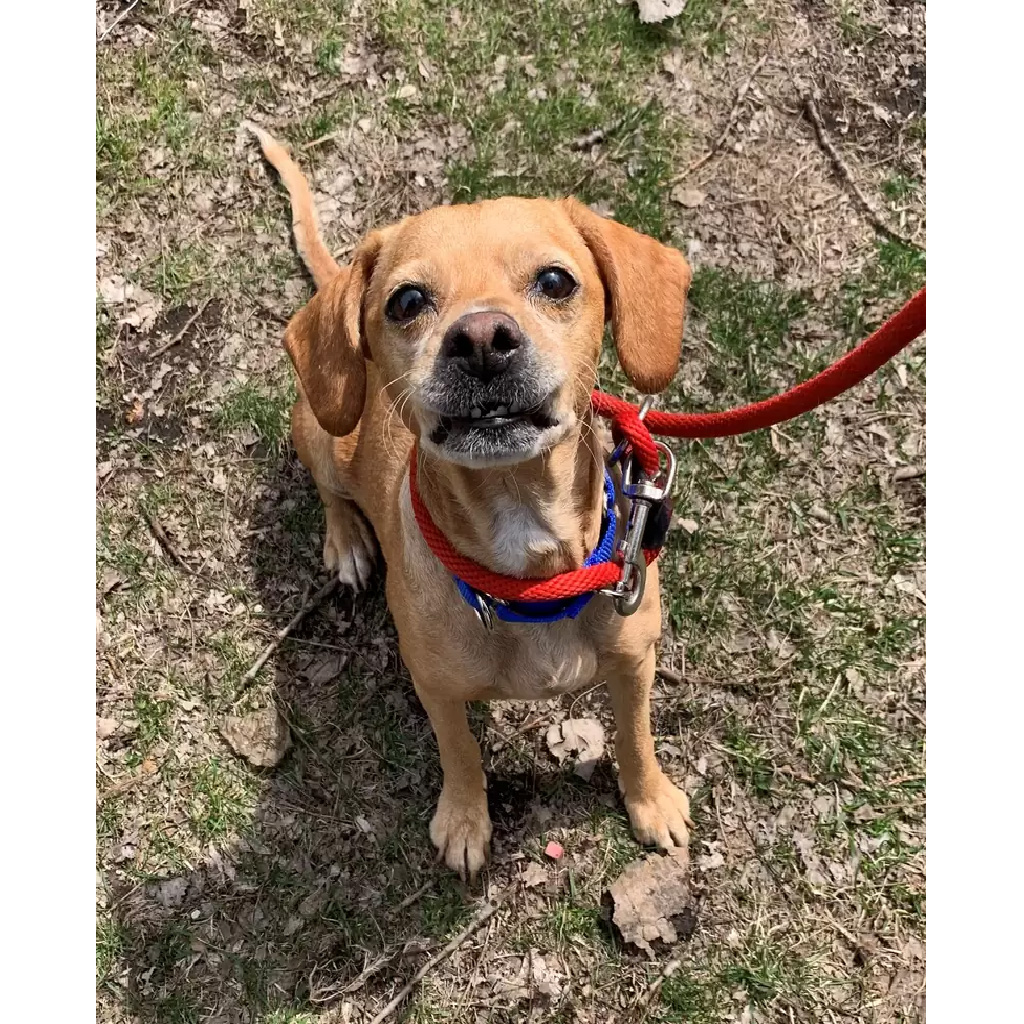 Yesterday, Wisconsin Humane Society released a compassionate statement on Facebook, addressing Baby Girl’s previous owner directly. The shelter explained that they understood how difficult it was to leave Baby Girl when they felt they could no longer care for her.

“We know how hard it is for someone to part with a beloved pet, and how traumatic it can be for the owner, too,” Speed said. “We really wanted to let the owner know that we were not judging them and saw the love in everything they did to prepare Baby Girl to be quickly found and supported.” 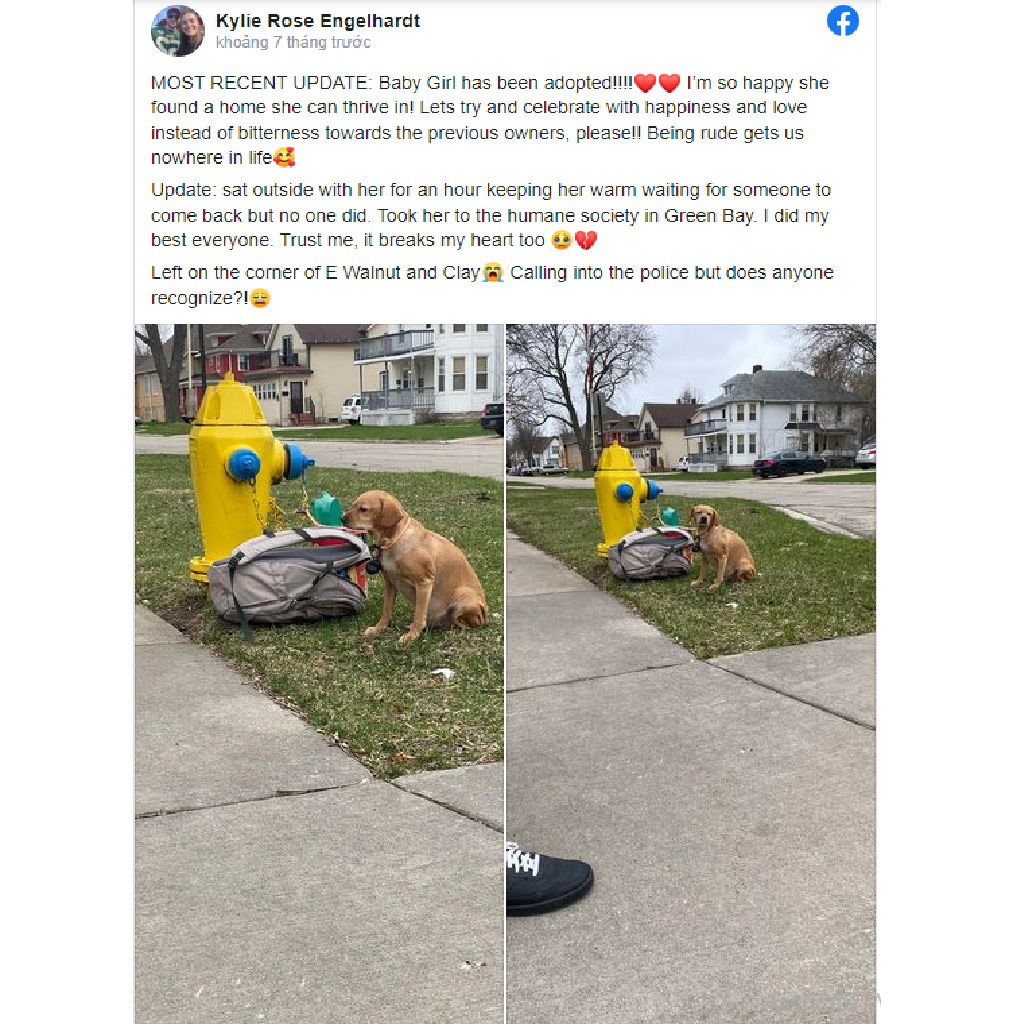 Baby Girl has finished her “stray hold,” and will be available for adoption in the coming days. In the meantime, the sweet pup is getting plenty of cuddles from shelter staff in preparation for her second chance at a loving home.

They said, “grateful for the chance to connect with her, and honor her wishes for Baby Girl to find a new home.”

It’s good to hear that not only is Baby Girl doing well, but that she has found a new family to love her.