When Amy Haden woke up one morning, her daughter informed her that a dog was outside on the patio. Since Haden has two pets, she didn’t think much of it and assumed it was one of her dogs. But apparently, it was a different dog they’d never seen before!

And when she looked outside on their back porch, she confirmed with her own eyes that the dog outside was not their dog. Thinking nothing of it, she responded that she had just let out the dogs that morning. But Amy was shocked when her daughter said, “No, this dog is not ours.” 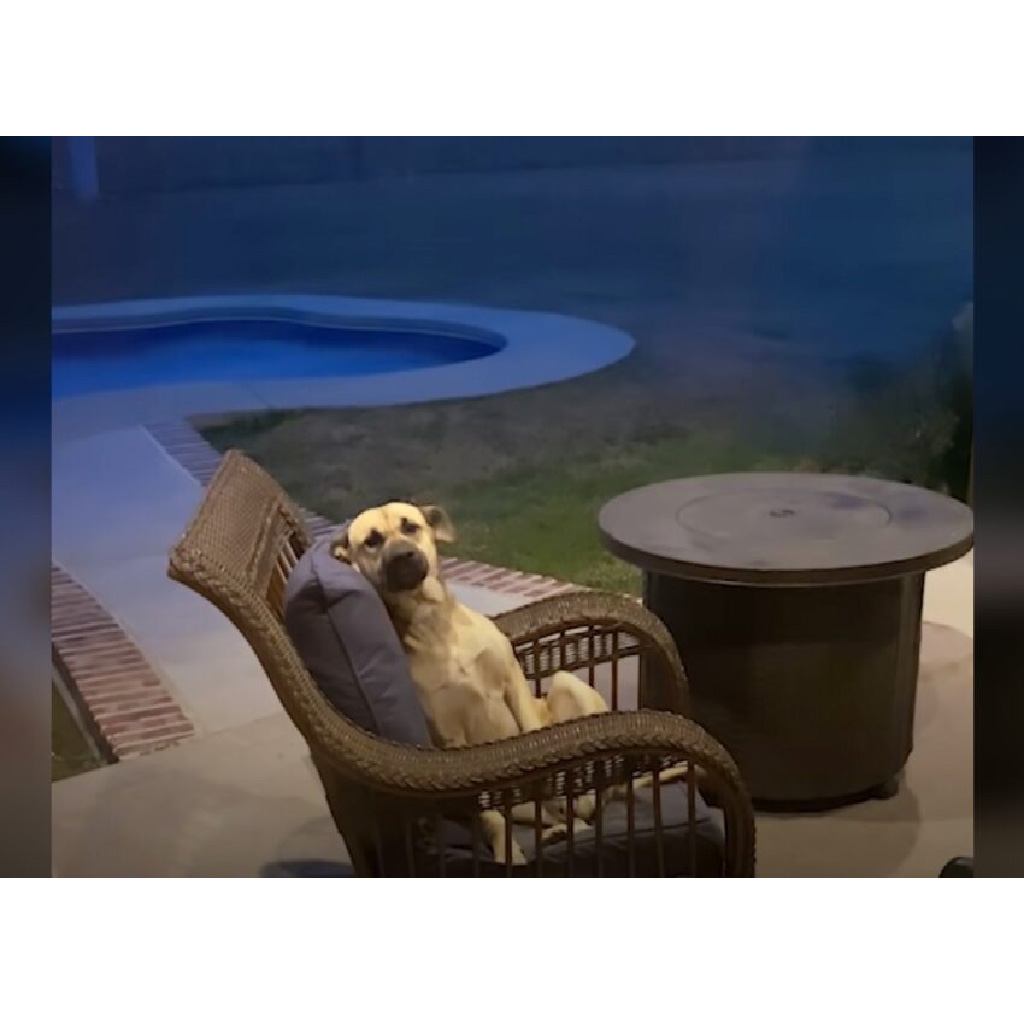 “I don’t know… it’s not the neighbor’s dog. I know they don’t have a dog that looks like that,” her daughter replied.

The dog was sitting on a chair on the patio, completely making himself at home. He seemed so comfortable, as it if were his patio!
“Just chillin’ on the porch,” Amy said with a laugh. 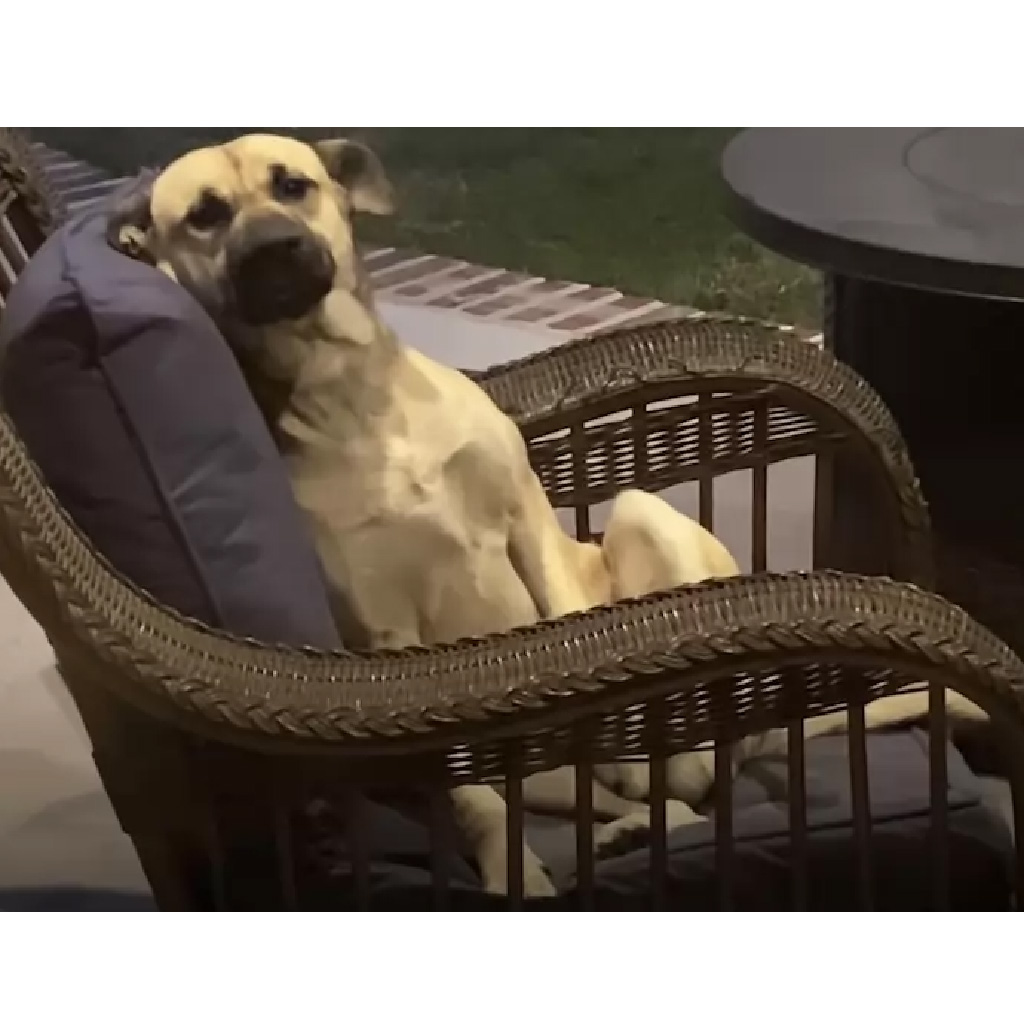 At first, they thought he was just taking a stroll around the neighborhood but belonged to someone. But when they found him on the same spot when they come home at the end of the day and the next morning, they knew he already felt he was at home. Every day, Amy returned home to find the dog situated on her patio. In the morning, he was there. In the evening, he was there. And he seemed intent on staying. 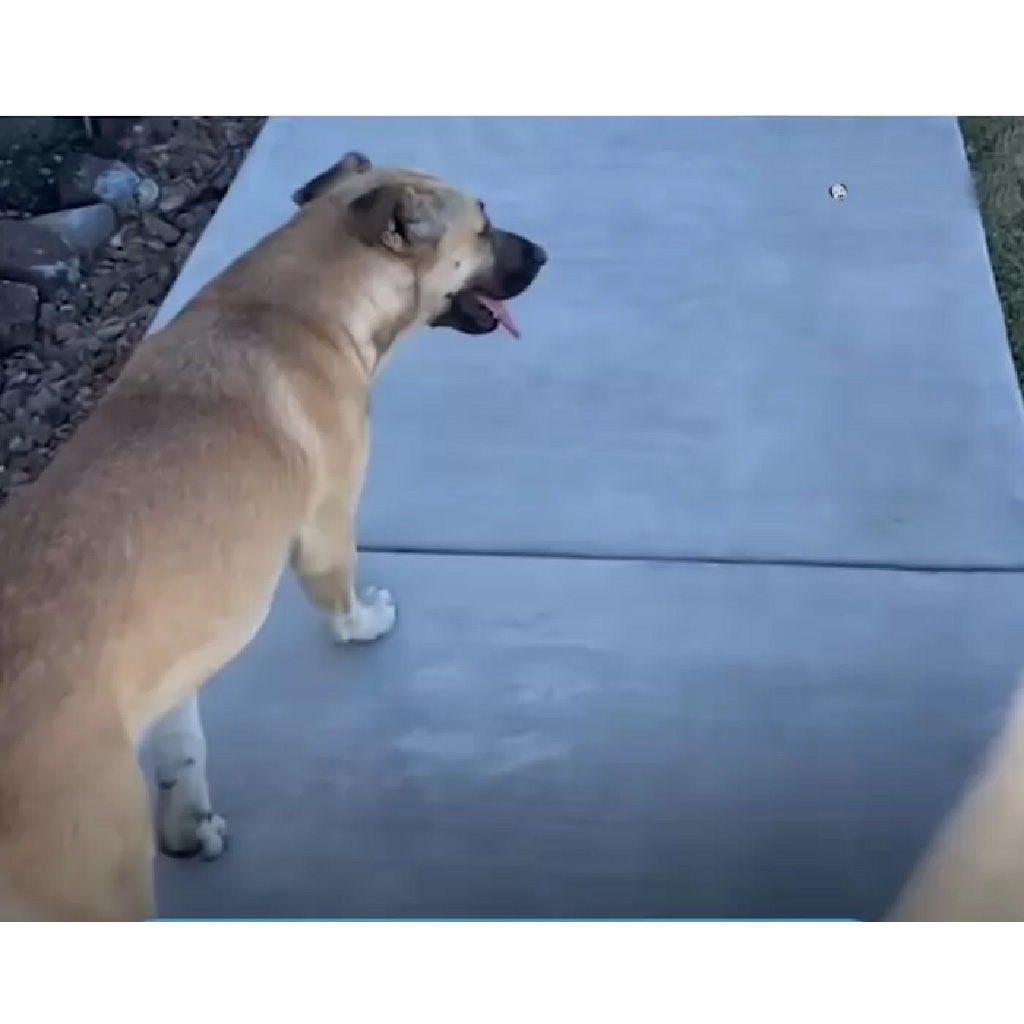 Amy began to realize that the dog, who she named Walker, wasn’t going anywhere anytime soon. She began to search for his owner by posting on social media and contacting her neighbors. 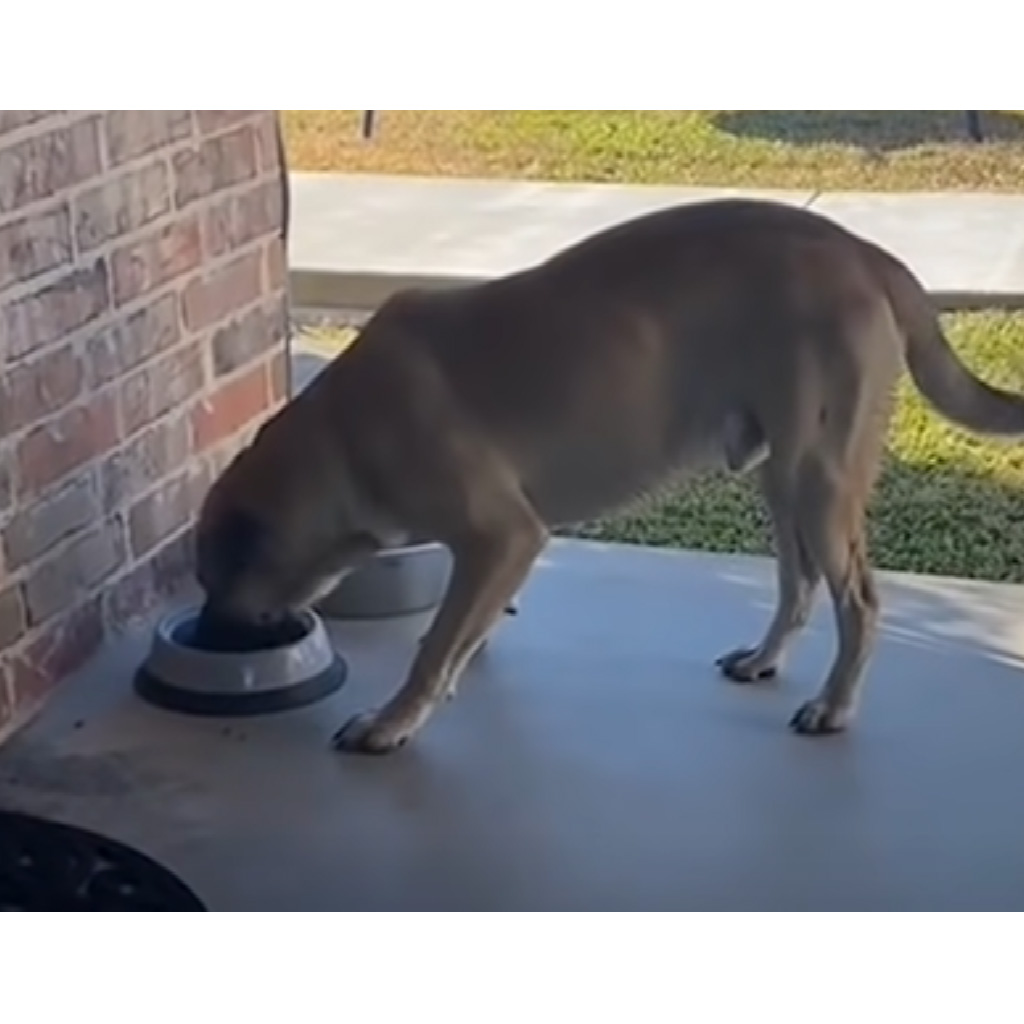 Amy said: “He had completely made himself at home on the cushions, and he just never left.”

Unfortunately, even though Walker was such a sweet dog, he couldn’t get along with Amy’s other dogs. She had to rehome him.
When the search for his previous owner turned out empty, they decided to look for a new home for Walker instead.

It was a difficult decision for them since they’ve grown to love Walker. But the cost and time of taking care of three dogs was something she and her daughter couldn’t handle anymore. She knew she had to find Walker home and eventually found the perfect fit: An elderly woman who’d been praying for a pet!