Everyone loves turtles. Their big eyes and fascinating shell patterns rival some of our world’s most beautiful creatures. From the turtles in our tanks to the ones that roam the oceans – there’s something about these animals that piques human interest more so than others. So when an utterly massive leatherback turtle washed ashore one afternoon, people came from far and wide to check it out. They had no idea they were looking at the world’s largest species. 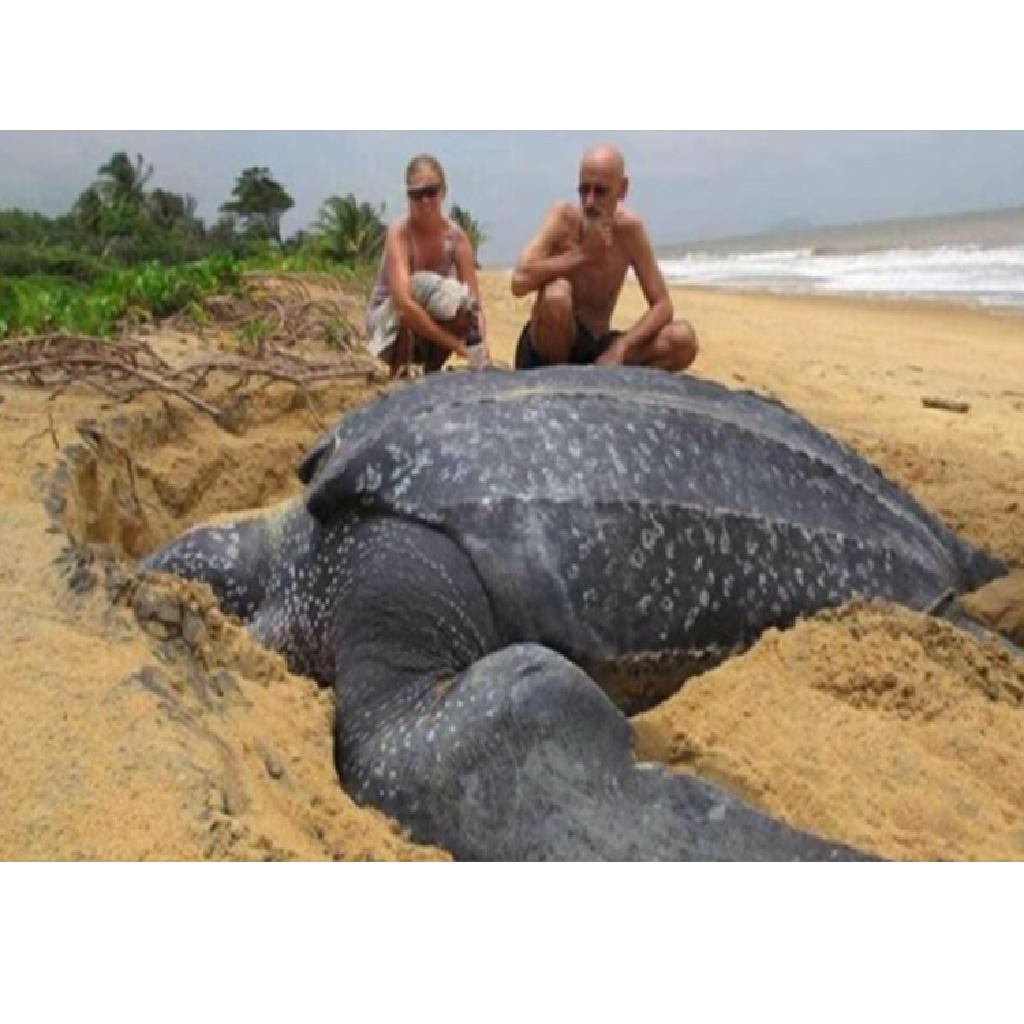 While the turtle is on his journey, a man snaps a photo of him. A picture was later added by Detroit DJ Robin Michael. Michael described the reptile as “The biggest turtle I have ever seen!”

These turtles are the largest of all species, and it is a rare sight to find them resting on the shore. Their uniqueness lies in their tear-shaped body and a pair of large fins. Because of these, they can easily navigate the waters and adapt to currents. The front fins of leatherback sea turtles can grow to 8.9 feet taller than any other sea turtle, but this is not their only characteristic. 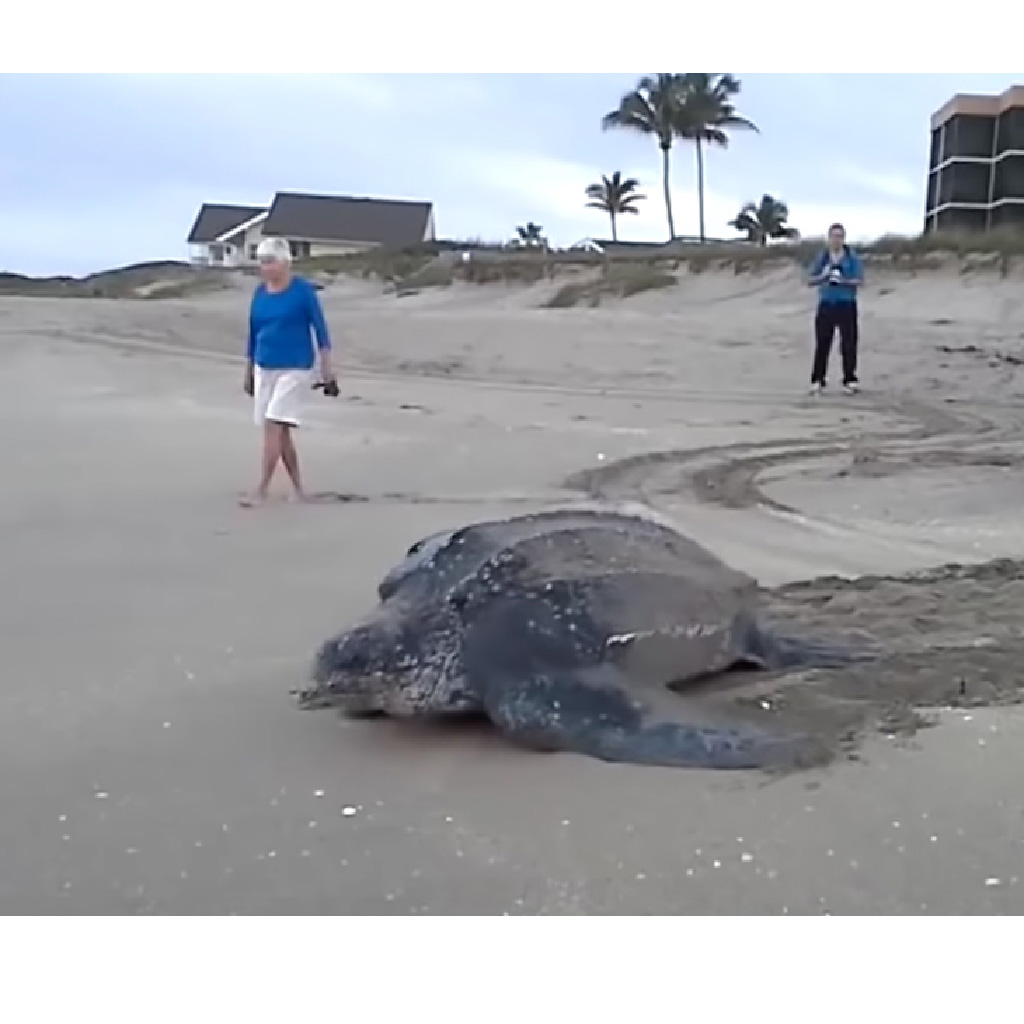 Even though it could be easy to assume the turtle here was a male due to his size, the Oceana website explains that female leatherbacks are the only ones to go ashore. They said: “Leatherbacks spend almost all of their time in the ocean with females only coming to shore to lay eggs. For that reason, from the time they hatch and enter the surf, males will never be out of the water again and are therefore more difficult to study than females. 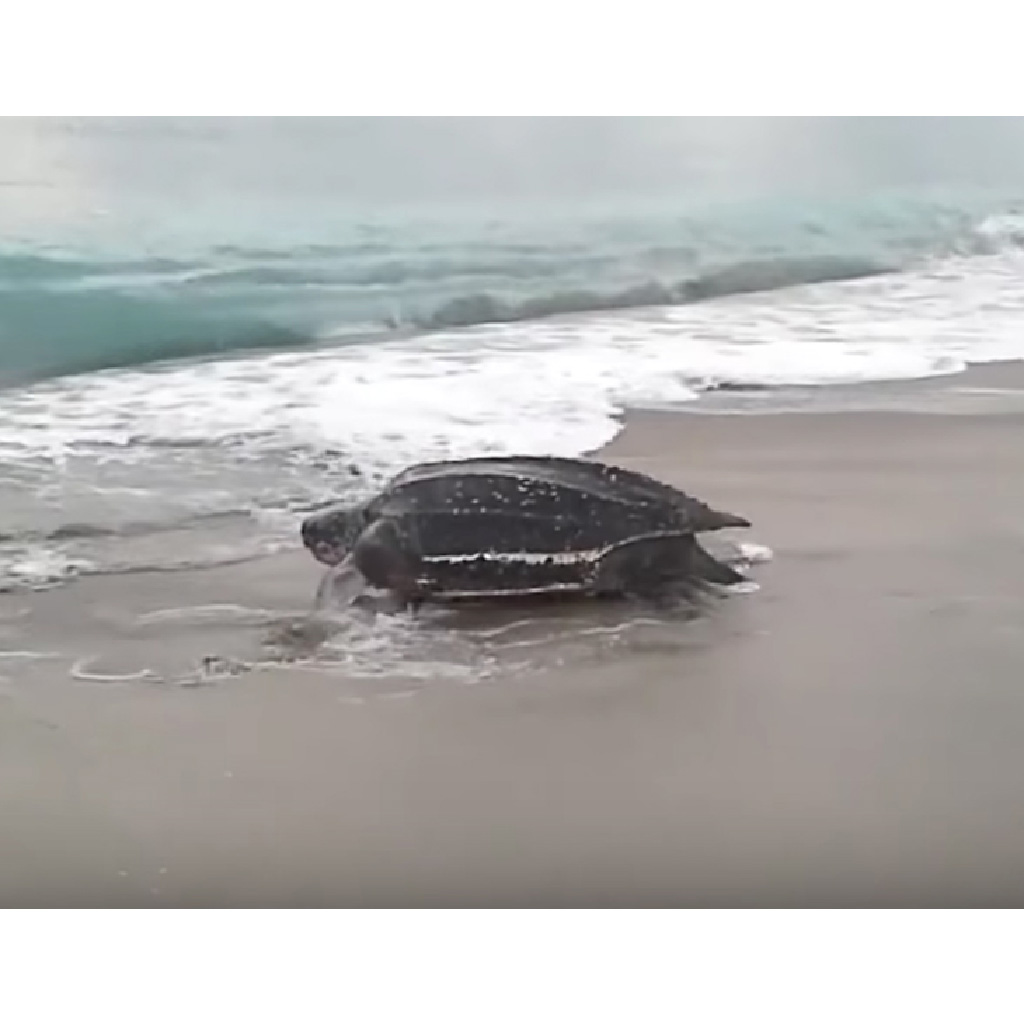 These incredible creatures travel thousands of miles over the course of their lives, even though some of the largest leatherbacks can grow to be over seven feet long and more than 2,000 pounds. Their size doesn’t stop them from scouring the planet for the best feeding, mating, and playing grounds! Part of what makes them such a majestic sight is that they are so rare. 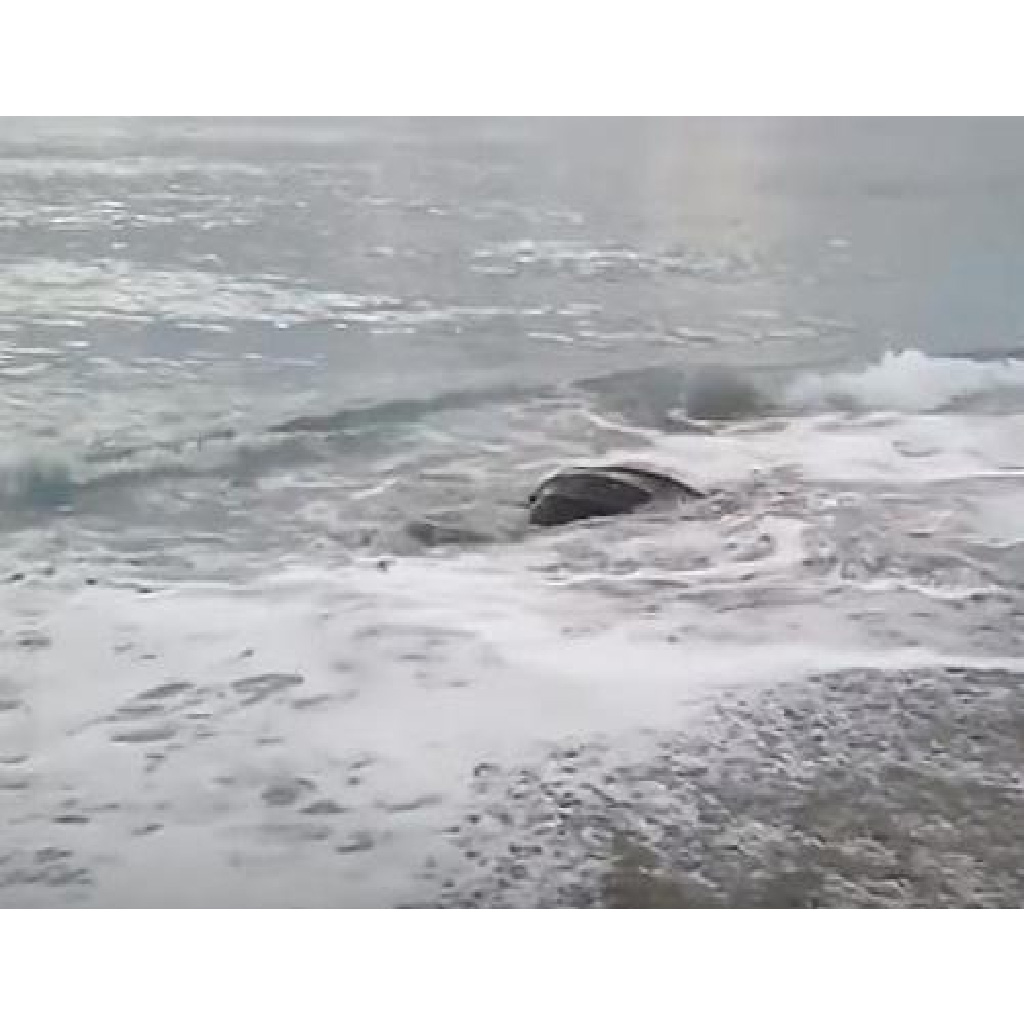